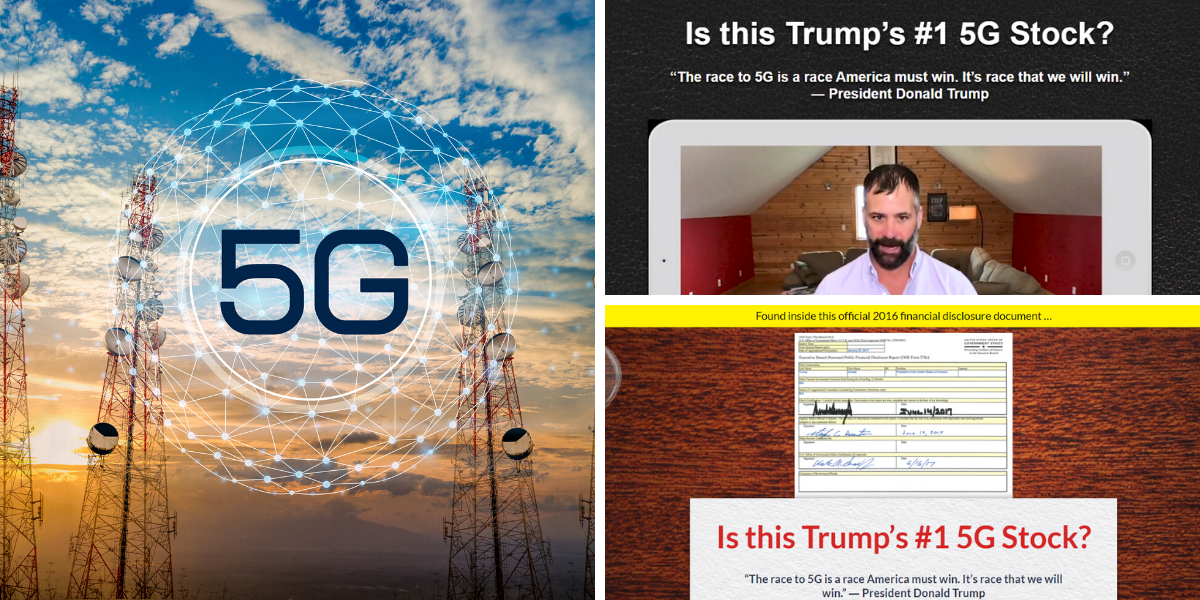 Tim Bohen has been teasing what he calls "Trump's #1 5G Stock" all over the internet, but is it really that great?

Well, in this review I'll be exposing the stock he's talking about so you can see for yourself.

There were two different presentations for this teaser that I came across, both titled "Is this Trump's #1 5G Stock?", and there are probably others I haven't come across as well... 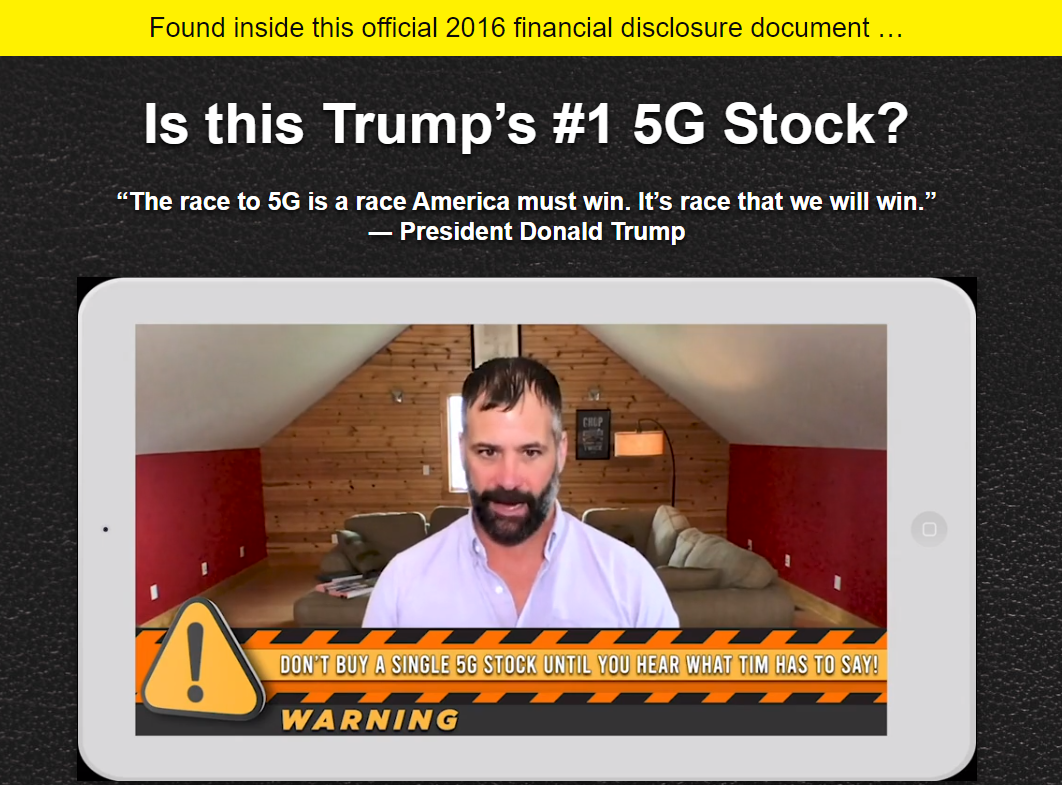 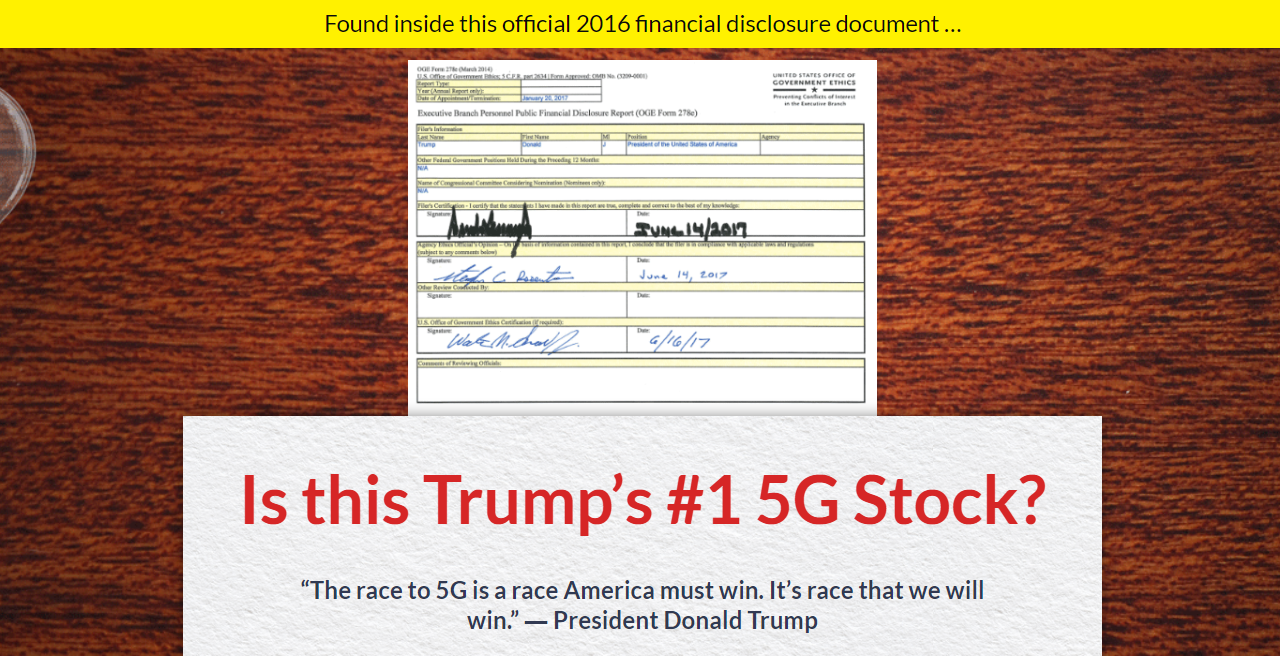 Of course Tim Bohen starts off by warning everyone that you shouldn't buy a single 5G stock until you hear what he has to say.

He talks about how "Trump's #1 5G stock" is a stock that he owned, and it was also referred to as "Trump's 5G fix" in the presentation.

How good is it?

Well, he tells us that he thinks "you could even make 10X in the coming years" from investing in this one stock.

10X... that sounds pretty darn good too me... but of course just about every investment teaser starts out with over-hyped claims.

And there's more... there are actually three stocks total that he's teasing... two others that he believes have really good short-term profit potential.

As was mentioned, some companies were misleading customers into thinking they were getting 5G service when they really weren't. For example, AT&T was advertising their service as 5GE, but it really was just an upgraded version of 4G... and Sprint sued them for deceptive advertising.

Bohen also goes on to say that pretty much everything is a lie and that you can't trust much of anything from the mainstream media... and of course he is our savior who's bringing us the truth, the whole truth, and nothing but the truth... so he leads us to believe anyhow.

He actually talks about a couple of "flaws" with 5G, but doesn't elaborate on these.

However, I can pretty much guarantee one of these flaws he's hinting at is 5G's inability to pass through solid objects. It's not like 4G where you can just sit a router in one room in your house and get good signal throughout every nook and cranny.

The "Trump's #1 5G Stock" has nothing to do with this flaw, but one of the other two he's teasing likely does, which I'll talk more about in a bit.

The whole point of sitting through the presentation is that you'll be provided with the name and ticker symbol of "Trump's #1 5G pick", and he keeps saying that he'll give us this information, but of course never does.

And, as mentioned, he teases 2 other companies:

How do you get more information on any of this? Well, of course in the "free" reports being given out... 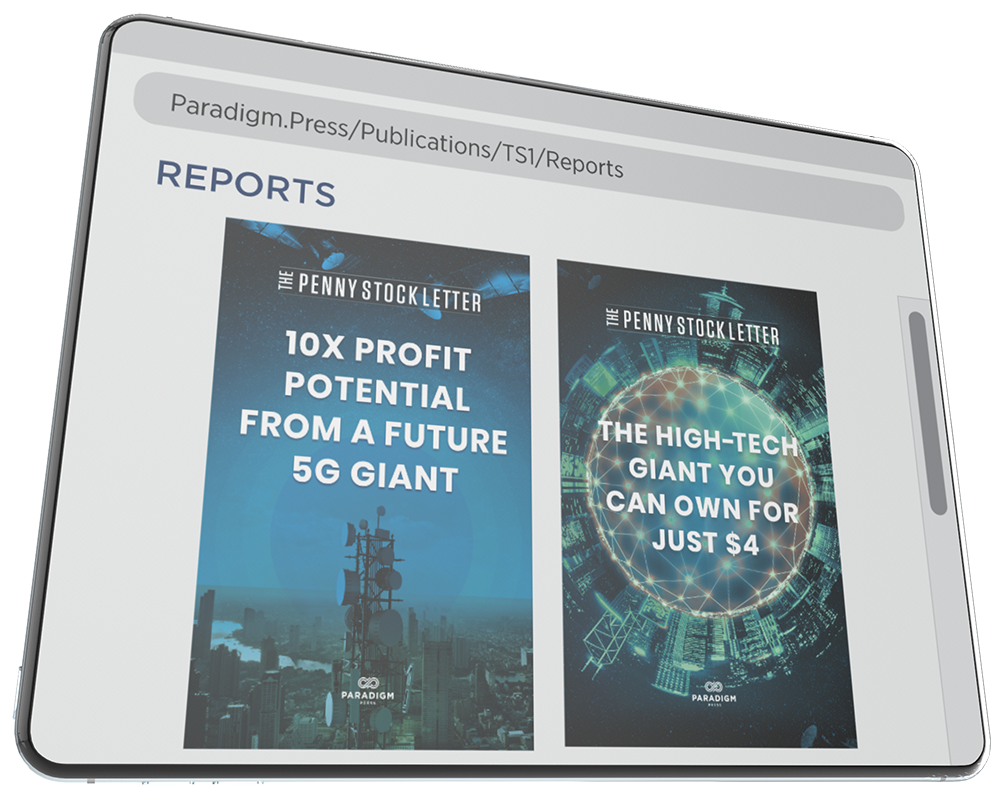 How do you get these "free" reports? Well, of course you have to pay to buy into the subscription advisory service being promoted here.

The newsletter advisory service being promoted here is The Penny Stock Letter, which retails for $99 for a 6-month subscription, but there are almost always sales going on. As of this review, it is discounted to $49.

Tim Bohen is the main guy that runs this advisory, but is also helped out by penny-stock trader Tim Sykes.

Who Is Tim Bohen? 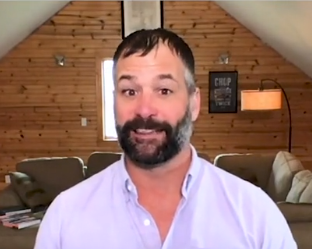 You can read about him on his blog, but I'll give you the basics. Tim is a family man that believes in hard work, honesty and dedication. He has a strict schedule of waking up early, writing, doing weight training, and work.

What's most relevant here is that he's a penny stock trader, and has partnered with the popular Tim Sykes to run the service being promoted through this teaser I'm reviewing.

He doesn't come from some amazing background of working on Wall Street managing billion-dollar hedge funds, but rather comes from more normal background and just happened to find a knack for trading penny stocks, just like Tim Sykes, and now does it part-time as a lucrative hobby.

Anyways, let's get to the point here.

What the heck is this stock he's teasing?

Well, let's go over some of the clues and piece this puzzle together...

There really aren't that many hints given, but there are enough to figure this out. Some of the clues include: 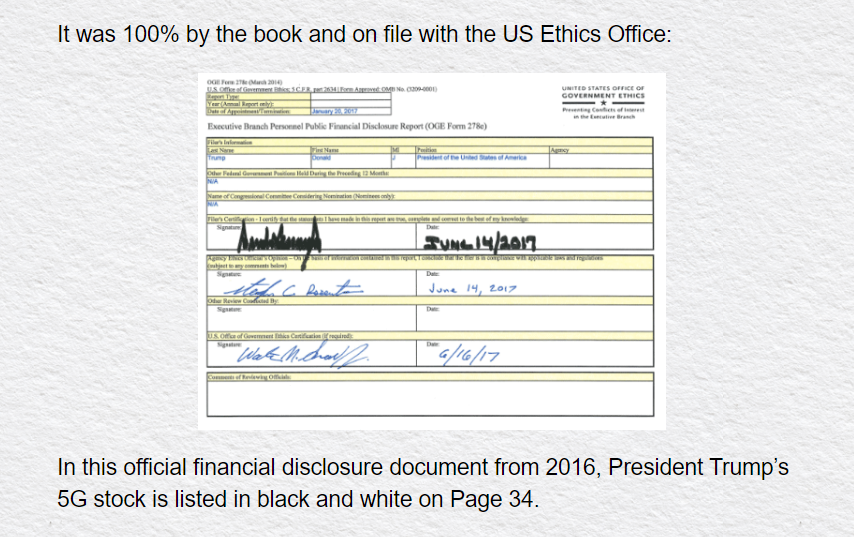 Now what we are looking at here is Trump's OGE Form 278e (you can click that link to see it). And if you scroll down to page 34 you can see all of the "Other Assets and Income" he had at the time, which includes all his stock investments.

And I'll just jump straight to the point here and tell you that the company being teased is Crown Castle International Corp (CCI), shown here... 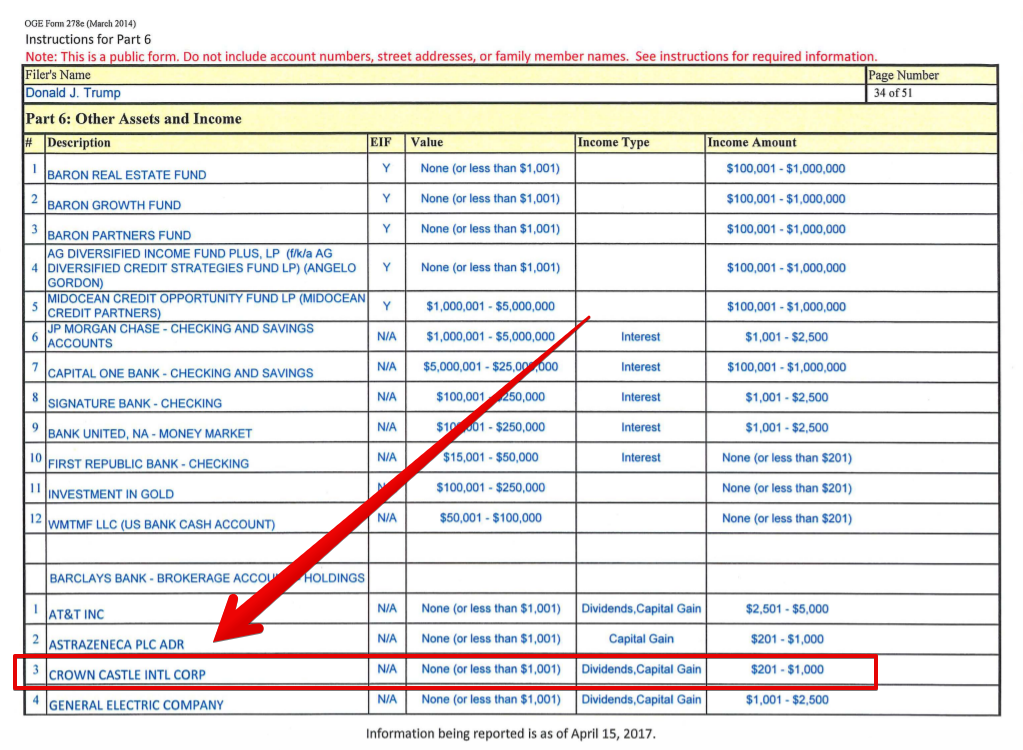 Crown Castle (CCI) matches up pretty well with the clues given... and I can pretty confidently say that this is "Trump's #1 5G Stock"... although these words certainly don't come from Trump himself.

As mentioned, he also teases two other 5G stocks that he believes have a lot more short-term profit potential.

We aren't given much of any information on these, however, I mentioned earlier that one is likely a company that manufactures routers and things like this, because he talks about how it will make 5G accessible inside homes.

He also mentions that it trades around $12, some I'm really thinking he's talking about Inseego here. Inseego (INSG) is right around this price and they do make routers and hotspots for 5G. Not only that, but this company has been teased a lot by other investment advisors, such as by Ian King in his "Spectrum" teaser and by David Fessler in his "The Next Tech Giant" teaser - certainly a lot of people are bullish on it.

Crown Castle (CCI) is a REIT (Real Estate Investment Trust). They own, operate, and lease over 40,000 cell towers all across the US and make money from all the different service providers (Verizon, AT&T, etc.) renting them. With the new 5G roll-out and the expected growth in this area, investors are expecting companies like this to profit nicely, which would mean some nice dividends being paid out.

Cell tower REIT's have have also been teased as a great investment opportunity in Zach Scheidt in a presentation he called "5G Cash Towers". Of course no one can predict the future and much of these teasers are over-blown, but there are a lot of proponents for these kinds of investments right now.

And as far as Inseego (INSG) goes, well, the company is positioned nicely and with the growing demand for their routers and hotspots that 5G will bring, there are a lot of bullish investors for this stock too.

Just don't go out expecting to strike it rich like Tim Bohen's teaser leads one to believe they will. If you look at 12-month price forecasts for both CCI and INSG you'll see that most analysts aren't quite as bullish... at least not over the next year.

Well, hopefully this quick review has provided some value to you. If you were wondering what the Trump's #1 5G Stock was, now you don't have to buy into his service just to find out!

Be sure to comment below and let us know what you think of this pick. Here at Green Bull Research we like to hear back from our readers.