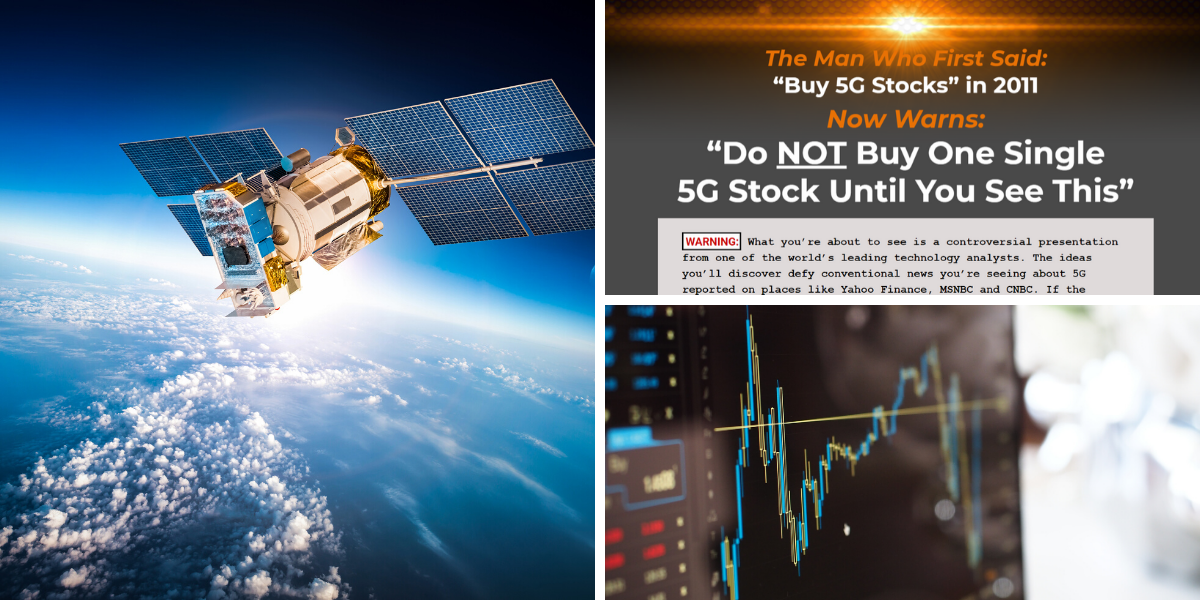 If you've come across Ray Blanco's "5G Killer" technology, aka "Apple-Fi" teaser, and are looking for more information on it then you're in the right place.

In this quick review I'll be going over what this "Apple-Fi" tech is and taking a look at the companies he claims investors could get filthy rich off of... stating that "a small stake in even one of these companies could be enough to fund your retirement".

There might be multiple teaser presentations floating around, but what I came across was this, which starts out with a big warning: "Do NOT Buy One Single 5G Stock Until You See This"... 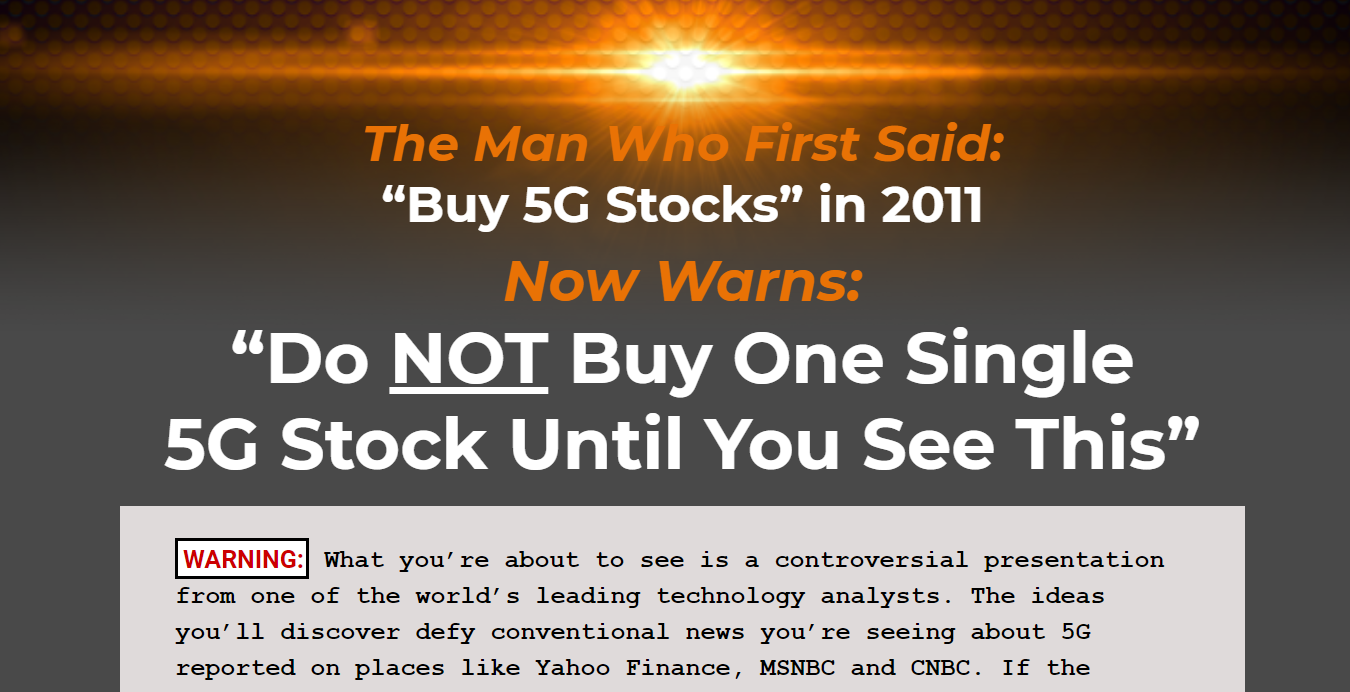 The statement scared me so bad I went out and sold all my 5G stocks right away... at a loss... I'm just kidding, but this is supposed to strike fear in people's hearts and stop them in their tracks.

Ray Blanco is the man behind the presentation, which is somewhat of a re-hashed version of his old "Halo-Fi" presentation that was floating around a while back, with a twist. Blanco is an ex-network technician who had an impressive career, which included designing network infrastructure for a wealth management firm that handled over $30 billion. This was before he got involved in providing investment advisory services, which he does through the Seven Figure Publishing company.

Blanco is always coming out with new investment teasers, and in this one he talks about how this new "Apple-Fi" technology, which he also calls the "5G Killer", could could bankrupt telecom giants like Verizon, AT&T, etc. and "make 5G obsolete".

Sounds scary, but he assures us that this is a great opportunity... stating that "fast movers who get in now could be looking at massive, life-changing gain potential — just like early investors in the iPhone".

He claims it will be Apple's "biggest invention yet", and that "The “Apple-Fi” Opportunity... Is Far Bigger Than Anything I’ve Uncovered Before".

Sounds incredible, but of course all of these types of teasers make you believe that if you follow their advice you'll be cruising on a private yacht at around this time next year.

What companies is he teasing?

Well, I'll get more into this in a bit, but it isn't Apple. Apple is already worth over $1 trillion and for it to just double in price would require a heck of a lot. This is all about investing in the companies Apple is partnered with to make this new technology possible.

How much can you expect to profit?

Blanco's predictions are highly speculative, but in the presentation he talks about other companies that have partnered with Apple in the past have seen explosive gains, such as the chip manufacturer Skyworks Solutions after the iPhone came out...

Quite a bold statement.

AOL has had over a 70,000% gain over the past 20 years thanks to the way it revolutionized the internet, and he claims that this new "Apple-Fi" technology will have an even bigger impact.

But don't get too excited just yet... you didn't think he'd reveal his stock picks for free did you?

Just as always, he has a "FREE" report that he's giving out to people, which provides all the juicy details on these companies. It's titled Apple’s Greatest Breakthrough Yet: Retire Rich On The “Apple-Fi” Revolution... 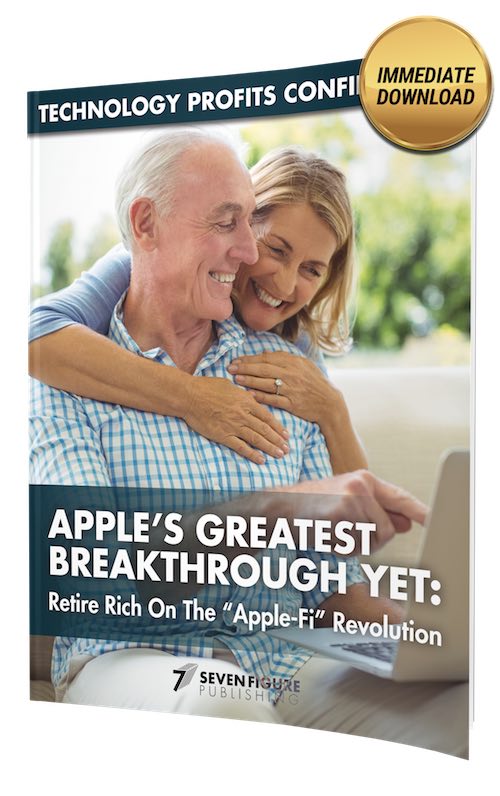 How do you get this "FREE" report?

You have to pay for it of course!... makes perfect sense, right?

This is the same trick used with his "Marijuana Millionaire Playbook" promotion.

What's being sold here is his Technology Profits Confidential advisory service, which is a follow-along investment advisory service where he provides subscribers with monthly recommendations, along with market analyses and more. This costs $79/yr for the "best deal" subscription, but just $49/yr for the cheapest option.

What Is This "Apple-Fi", "5G Killer" Technology

This "Apple-Fi" technology that Ray Blanco is talking about, as you may already know if you were able to make it through the agonizingly long teaser, is for broadband internet from satellites in space, or what you can just call "satellite internet".

This has been reported all over the news lately. There are articles on Bloomberg, Popular Mechanics, and many others. Apple is working on a satellite project where, in a nutshell, it will be able to beam internet down to earth without the need for cell towers, ground lines, etc. This is what the Patent No. 20130271317 A1 that Blanco mentioned had to do with. 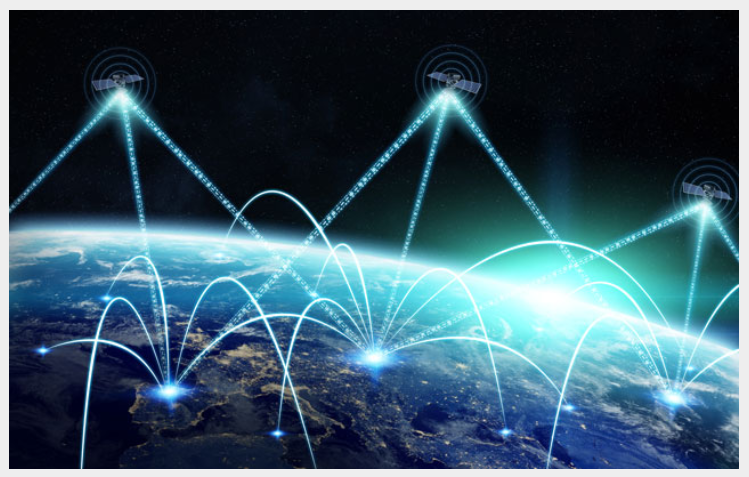 Could this change everything?

Absolutely. Apple would be able to provide its own internet service, and if all goes as planned it should be darn good, and cheap. As we already know, Apple has quite a large grasp on the smartphone/tablet market, and because of this they are nicely positioned to come out with an internet service like this.

However, Apple isn't the only one doing this. SpaceX, Amazon, Telesat and others are launching thousands of satellites into orbit to provide satellite internet as well... and only time will tell who leads this race.

What are the "Apple-Fi" Stocks?

Ray Blanco starts out talking about a "tiny company based in California" that is also said to be a "little $3 billion company" which he believes Apple will rely on for the rocket engines they'll need to launch their satellites into space. He thinks this company's share price "could easily explode 250%, 500%, 1,000%, or even higher".

Then he teases another company that is valued "at just $500 million" and has only 21 employees. This company is "a leader in deploying and maintaining an extensive network of satellites". He believes that "fast movers could multiply their initial investment by 10x, 15x, maybe even 20x or more".

However, I'm not entirely sure how these two companies match up with the companies he provides information on in his "free" report.

In the report he is recommending 5 different companies that will play a part in the satellite internet Apple will be providing.

The first company, which he mentions is a "spin-off " of DISH, might be EchoStar (SATS). This is a satellite communication company that operates satellite fleets and actually demerged from DISH in 2008. The company Blanco is teasing supposedly did so in 2009, but this seems like the only DISH spin-off company that is likely to be that being teased... and besides, you can't trust everything in these teasers to be 100% accurate.

As for all the other companies being teased... there just isn't enough information to figure out what they are.

Here at Green Bull Research we like to expose the stocks being teased to our readers, and are usually successful in doing so, but he hardly gives us any clues to piece together with this teaser. The only way I see plausible to find out would be to actually get the report he's giving out.

*If you have more information on the "Apple-Fi" stocks he's teasing, please let us know in the comment section below!

Good Investments or Not?

Of course I can't really answer this because I don't know the names of these companies. EchoStar is the only plausible pick I can make a guess at.

That said, everyone reading this should know that most of what Blanco is teasing is highly speculative. Even he states that it's possible these companies won't end up getting a contract with Apple.

However, if these companies do go on to make the big deals with Apple that he predicts, buying into their stocks beforehand would no-doubt be one heck of an opportunity.

Hopefully this review has helped. It's disappointing that I couldn't expose these stocks, but if I come across any additional information I'll be sure to update this review.

Let us know in the comment section below if you have any guesses or additional info on what's being teased! We'd really appreciate it!