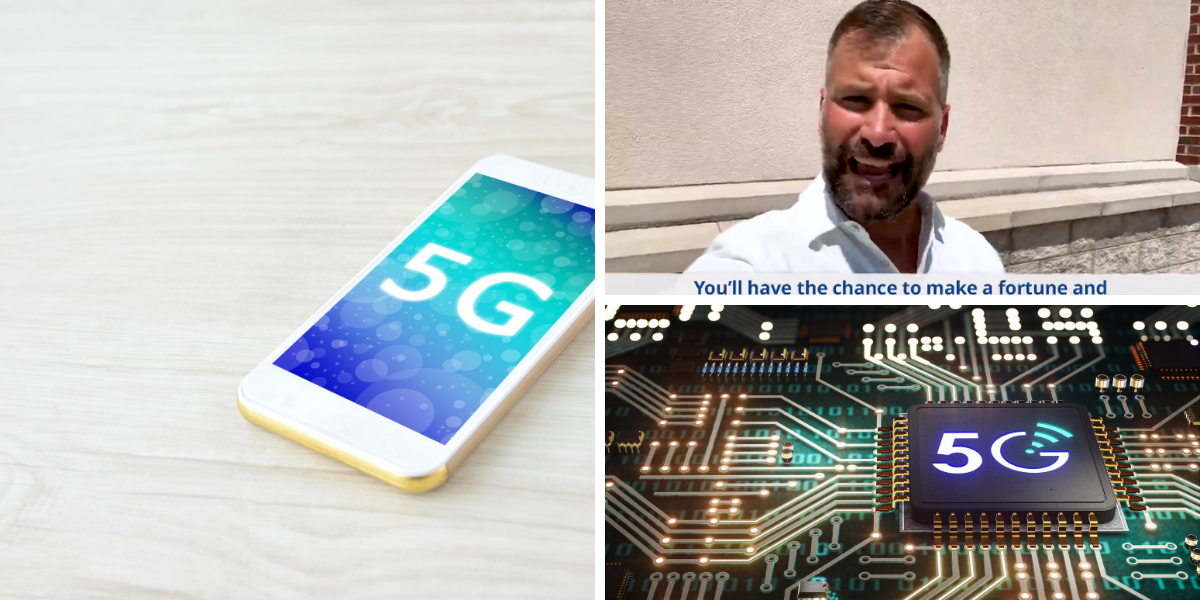 Tim Bohen's 5G stock pick is one that he thinks could make investors rich. He's been teasing this "tiny company" as the "tech play of the decade", but is this really that great of an investment?

Well, you're lucky you came across my short review here because I'll be exposing the stock he's teasing.

*Note: This isn't the 5G stock that Tim Bohen has been teasing as "Trump's #1 5G Stock". It's a different 5G pick. If you are looking for information on this, read this review.

Let's see how good it really is... but first let's talk about the teaser for this opportunity...

As we know, Tim Bohen is the guy behind it all. He's pretty much your typical hard-working blue-collar American, or at least was. He doesn't have any Wall Street background or anything spectacular, but instead is just a normal guy that started trading penny stocks on the side and found great success in it, which is why he now runs newsletter advisory services so investors can follow along with what he's doing. 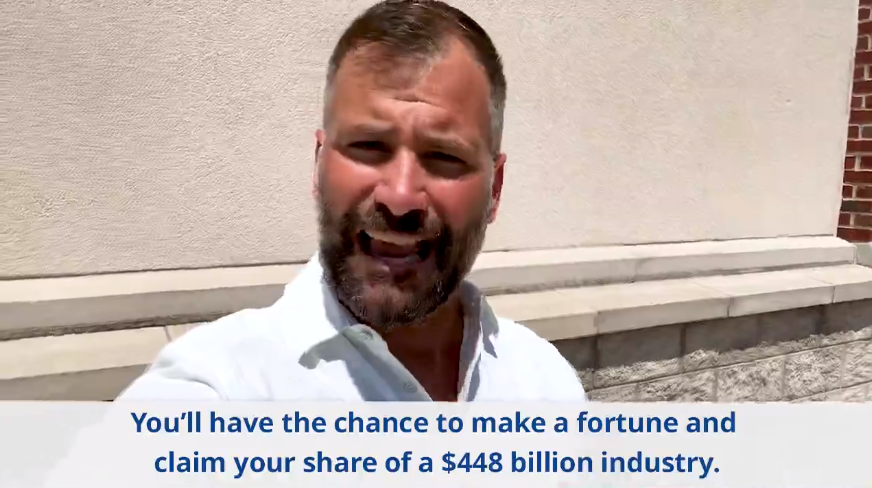 In this teaser he claims "you'll have the chance to make a fortune and claim your share of a $448 billion industry".

But anyways, the idea here is that Apple is expected to reveal their first 5G iPhone at the tech conference they hold every year, which will be on September 8th, and he has found a "tiny company with its foot in the back door of the world's biggest tech company" (referring to Apple).

What's more is that he tells us this company's stock is "only trading for $4" and that...

Did he just say 15X you money?

Yep, he sure did.

Bold claims, and at this point I was daydreaming about buying my own private jet and a vacation home in the Keys.

We are told that this small company is a supplier of some sort of 5G tech to Apple, and Tim goes on to show Apple supplier companies that have seen their share prices shoot up in the past after Apple's annual September event, in which they often become known as part of Apple's supply chain.

For example, we were shown how NXP Semiconductors took off after the iPhone 5 was revealed back in 2012... 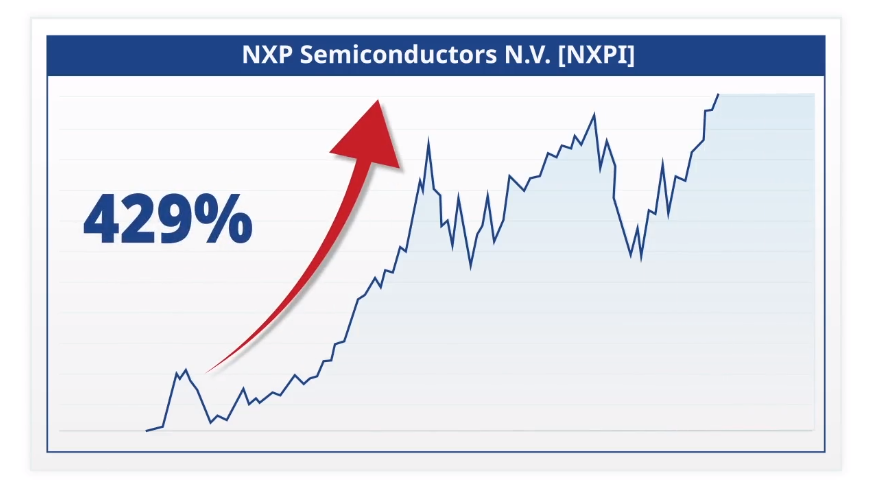 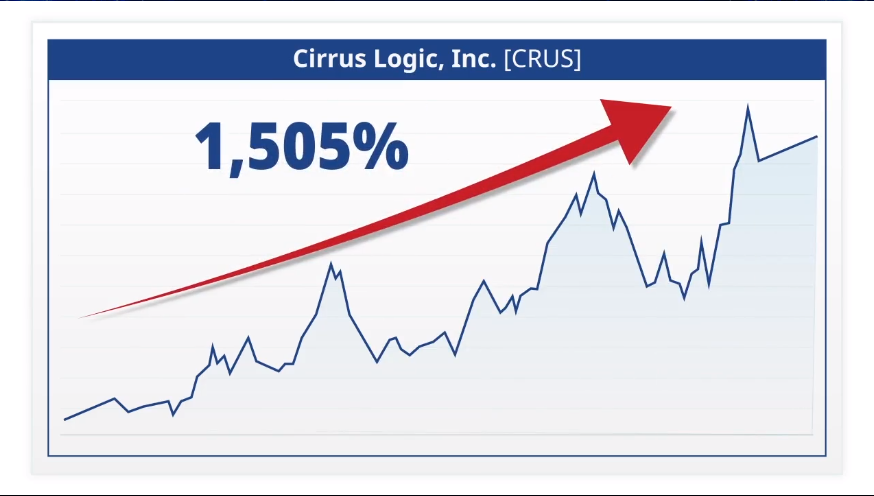 Bohen says that "this happened over and over again… but the best opportunity is yet to come".

The small company he's teasing, "might have just solved the biggest problem affecting EVERY tech company".

Accorsing to Tim, "Tech companies like AMD, Intel and Taiwan Semiconductor will come running from across the globe… not begging, but pleading for this small company to take their money".

All these tech companies are going to be "pleading for this small company to take their money"??

Sounds incredible... and of course the teaser all ends in the typical sales pitch...

All of the details on the 5G company that Tim Bohen is teasing are included in a report titled Your $4 Ticket to the Biggest Tech Breakthrough of 2020... 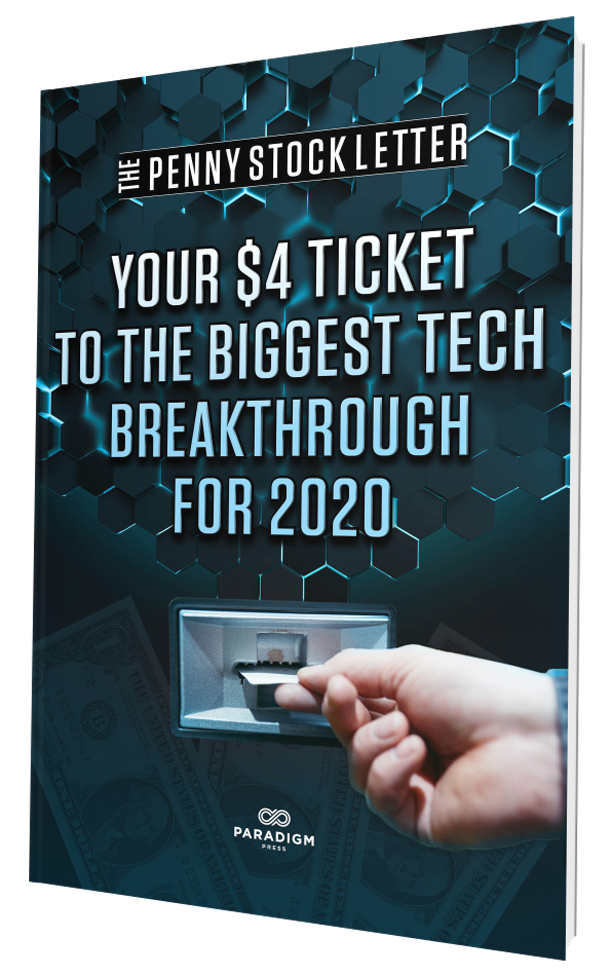 We are told that this report is "completely free", which is great to hear.

However, in order to get a copy of this "completely free" report you first have to take out that credit card of yours and pay to subscribe to his Penny Stock Letter newsletter service, in which you will be pushed to purchase the $79/yr subscription.

The good news: You won't have to purchase that subscription because I'll be exposing the stock for free in a minute!

What Is This 5G Tech That's So Important?

Before we get to the company, let's talk a bit about this 5G tech that is supposedly going to be the holy grail in the tech world.

It's all about what are called "transistors", which are small components of chips, which are required to be faster and more powerful for 5G network use.

The End of Moore's Law?

Tech companies have been simply making transistors smaller and smaller, thus fitting more and more on the silicon.

However, physical limits are starting to get in the way, and this process can't last forever. Smaller transistors lead to more power being wasted (leaked), and so new solutions need to be found.

Or I should say "a" solution, because there will likely be others.

Moore's Law wouldn't be able to continue as things were going, but one company... the company being teased by Tim Bohen... has a solution.

The solution, as was shown in the presentation, is a new type of transistor with an "enhanced atomic structure", as Tim calls it...

What he's really talking about is an extra layer that is added in between the silicon lattice of the transistors, which helps to lower leakage and improve drive current.

But anyways... enough about the tech behind it. I don't want to keep you waiting. Let's expose this stock once and for all...

Luckily we were provide with plenty of clues to piece together this puzzle. Some of the better clues given include that this company, which let me remind you could supposedly 15X your money...

Any guesses on the name here... the stock that is going to make us all filthy rich?

Atomera is a materials engineering company that develops technologies for the semiconductor industry.

The new transistor technology that we were talking about is what Atomera calls Mears Silicon Technology (MST), and this consists of a superlattice silicon structure shown here... 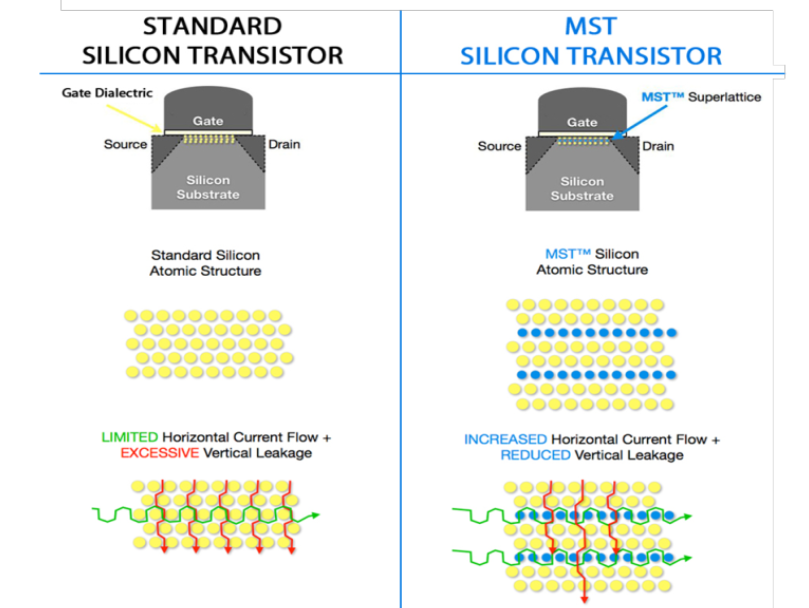 With this new tech there is an added layer of oxygen which, as mentioned, helps lower leakage and improve drive current... but we won't get into the science of it.

Besides the technology being a perfect match, all the other clues we were given match up as well.

It's a pretty solid match. The only things that didn't match up very well are:

Should You Expect 15X Gains?

You're going to need a saltshaker on hand... because we all know that these teasers need to be taken with some grains of salt (I find natural sea salt works best).

Is Atomera's new technology promising and does it have a lot of potential to send the company's stock soaring?

Yes, but the problem is that this new technology is so... well... new. There really hasn't been all that much testing of it yet, not by the standards needed to start using it in devices that all over the globe. So it seems pretty unlikely that Apple would be putting it in all their new 5G devices... although not completely impossible because Apple does try to keep their plans a secret.

However, I also wasn't even able to find information on Qualcomm getting their transistors from Atomera. Remember, it's Qualcomm that is supplying Apple with these chips, and it's supposedly Atomera that's providing Qualcomm with the new transistor tech.

But the information on this is nonexistant.

Is Tim Bohen just yanking our chains here? Or does he know something the general public does not?

Right now all the hype seems to be speculation, so you certainly can't count on those 15X gains, although I want to make it clear that this isn't impossible. If it turns out Atomera is in Apple's supply chain then the increase in stock price is pretty much inevitable.

Hopefully this review has helped clear the air on what's going on here and provided some value to you.

Leave your comments below. We'd like to know what you think of this 5G pick. Will it send your portfolio to the moon? Should you throw your entire nestegg into it?