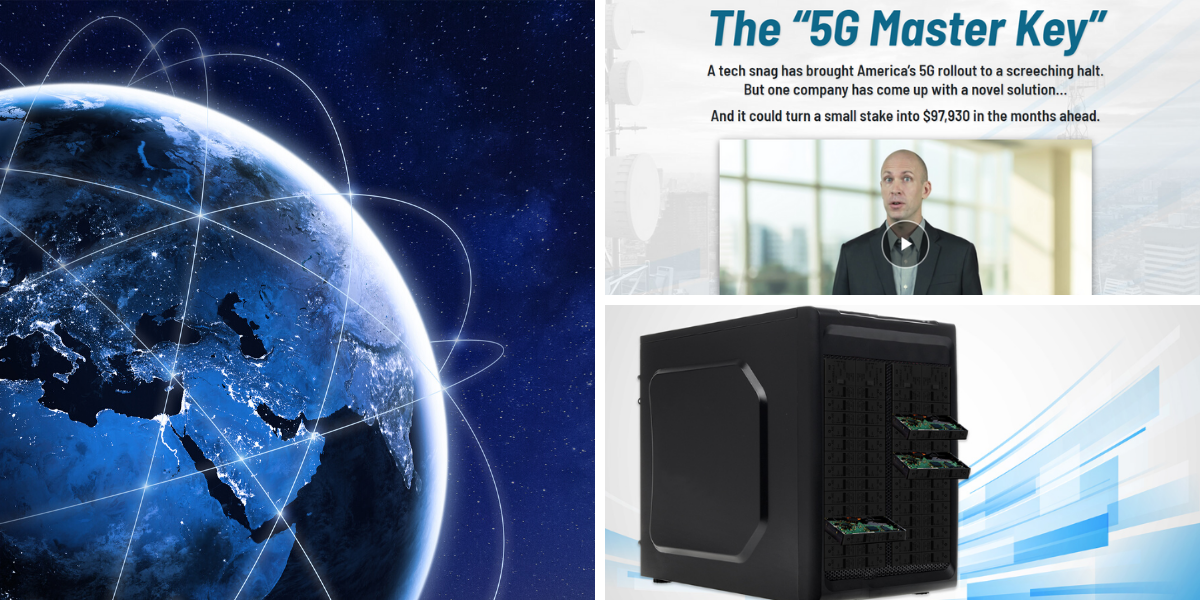 Dave Forest over at Casey Research has been teasing a "5G Master Key" investment opportunity that he claims has the potential to hand investors gains of up to 9,000%.

Sounds amazing, but is it actually legit? And what's the stock being teased here?

Luckily for you, valued reader, in this short review I'll be going over what's going on here and exposing the 5G Master Key company!

This is actually a re-made teaser presentation. The original was done by E.B. Tucker, another analyst that work for Casey Research, but both tease the same company. 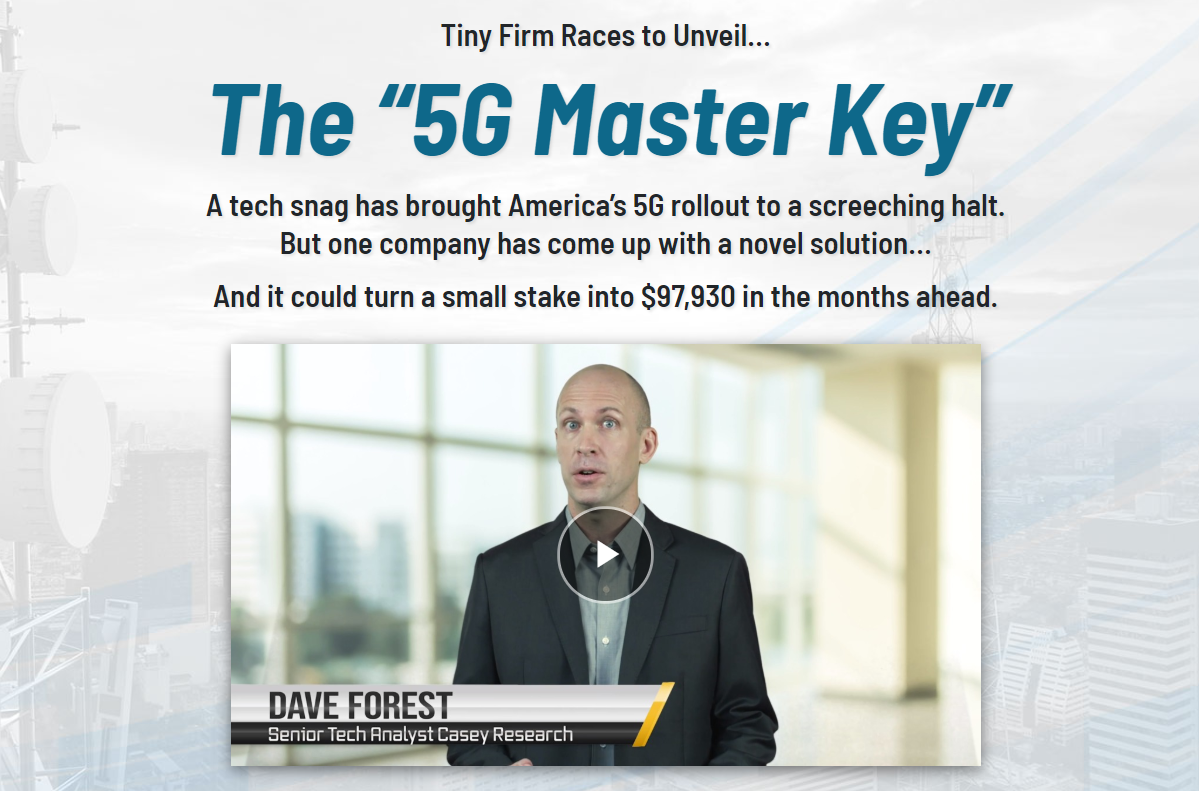 Dave Forest is a senior tech analyst at Casey Research. It's a bit strange that he's the one presenting this opportunity because he's actually had a 20+ year career as a geologist working in the mining and pretroleum industries. He has an impressive background and often alerts subscribers to investment opportunities in oil, natural gas, etc. via his Energy Speculator newsletter service (such as that lithium stock he's been teasing). However, he also helps run another investment advisory service called Strategic Investor, and this is where he looks more at tech investments alongside his partner E.B. Tucker, such as this "5G Master Key" opportunity.

The presentation by Dave Forest here is all about "Master Key" technology that is going to fix the big problem 5G has... and the one "tiny company" behind it all that is supposedly going to make investors rich.

5G is going to be something that just about everyone can agree on being revolutionary, and with revolutionary technologies come big investment opportunties.

In the presentation we were shown how much faster 5G is than 4G with a demonstration of the full-length Gone With The Wind movie being downloaded. The speeds of 5G are up to 100 times faster than those of 4G, so in this way they don't even come close to comparison.

HOWEVER, we're told about "5G’s fatal flaw" and how there is "one tiny company" to fix this problem. As was also demonstrated in the presentation, the range of 5G signal is horrible... and this is what the company being teased here is supposedly going to fix.

This is the investment opportunity being teased here. 5G is great but >> there's a fatal flaw and >> one company will solve this problem.

Invest in the company and get filthy rich, right? Sounds simple.

Here are some more hyped-up claims coming from Mr. Forest...

In the presentation Dave Forest went over past companies that came out with "master key" technology for the 2G, 3G, and 4G mobile network advances, such as Nvidia here. Here calls Nvidia the "4G Master Key" company because they developed a solution for a big problem 2G was facing at the time, which was background noise and static due to network overloads. Nvidia's GPU chips fixed this problem and the stock went on to soar in price... 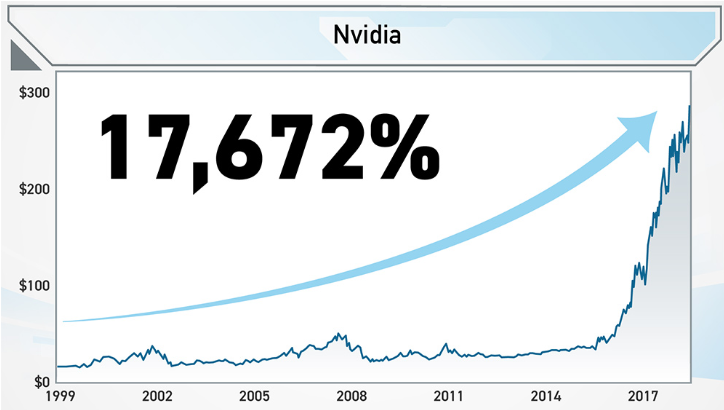 What's the point of all this?

That's quite a bold claim. But don't go out and start shopping for that new sports car just yet!

If you were able to summon the strength to make it to the end of the ridiculously long presentation, then you know it all ends in a sales pitch... as usual.

All of the information on the company Dave is teasing can be found in the "free" report he's giving out, titled The 5G Master Key: How to Cash in as 5G Sweeps the Globe... 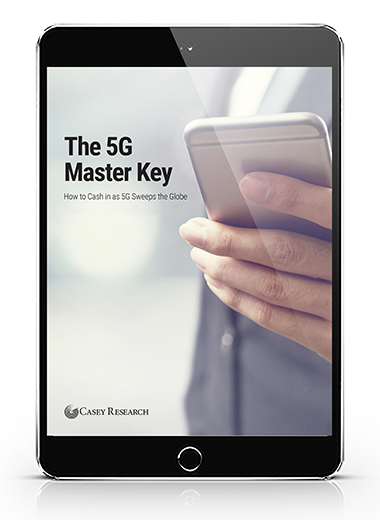 But the catch is that in order to get one of these "free" reports you first have to join Dave Forest's Strategic Investor newsletter service. This costs $49 for the first year if you purchase the most basic subscription... which is cheap... but still, not free.

*Luckily for you I'll be exposing this company for you.

It's true what Dave Forest mentioned. 5G signals can carry a lot more data than 4G, and this means faster download times and faster everything.

However, the downside is that 5G signals don't travel far, only about 1,000 ft compared to the 10 miles that 4G can travel, and can't pass through solid objects like 4G can.

For example, you might have a 5G router in one room and get perfect 5G signal in another room - close the door and the signal no longer works.

Well, there are several solutions to this problem. One of which is to simply put 5G routers just about everywhere imaginable to carry the signal. Some companies are working on this solution, however, the company Dave Forest is teasing here and the "5G Master Key" technology he's talking about is something different.

Here is what Dave Forest has been calling the "5G master key"... 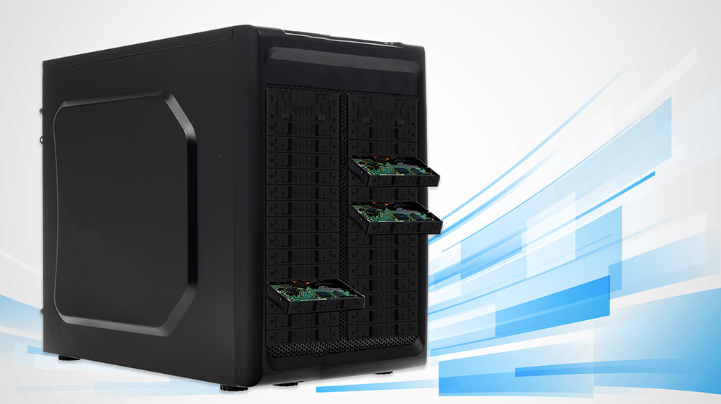 So, what the heck are we looking at here?

He mentions it's called "the SKY" and talks about how "once the SKY is launched into orbit... it can distribute 5G signals over a wider area" than Earth-based cell towers and cables... 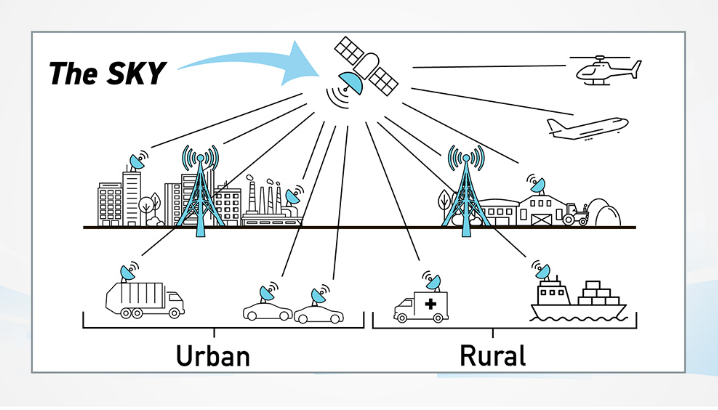 So wait a minute... is he saying that that black box looking thing is launched into orbit?

That is sort-of how he makes it sound, but really that black box I just showed above is a modem that receives 5G signals sent down to Earth from satellites.

In a Nutshell: The "5G Master Key" is a device that receives 5G signals being blasted down from satellites. And the company that makes these devices is the one being teased, which I'll now expose for you...

The Company Being Teased Here

Luckily we were provided with plenty of clues in the teaser. So piecing them together and solving the puzzle here wasn't all too hard.

And I'll get straight to the point here. The 5G Master Key company is Gilat Satellite Networks (GILT).

Gilat Satellite Networks makes VSAT satellite stations, like that black modem box shown earlier, and all the clues about this company match up nicely here.

All the clues match. BUT, is this really the amazing investment opportunity that it is said to be?

Don't count on gains of this size, that's for sure.

First off, I should make clear that this solution of blasting down 5G signals from satellites doesn't really fix the problem 5G has.

Sure, 5G can be sent down by the satellites and these satellites can cover a much larger range than a cell tower would. However, the 5G signals being sent down from satellites are still just 5G signals... meaning that they still have the problem of being blocked by solid objects. So this isn't some "cure all" to the problems we're facing here... unless I'm missing something.

Gilat is a well positioned provider of the satellite modem technology here, and is a solid company, but the demand for this technology might not grow as exponentially as Dave Forest predicts.

That said, companies are going to have the choice of using ground-based cell stations and lots of fiber connecting everything, or the satellite 5G solution that Gilat is a key component of... and the satellite method might be a less expensive and faster way to roll everything out.

Just don't expect 9,000% gains. This is a pretty far-fetched prediction.

I hope this short review has helped you out and provided some value.

As always, let us know what you think about this pick in the comment section below. Should you expect 9,000% gains?