Michael Carr’s “One Trade” System – Is It Legit? [Review] 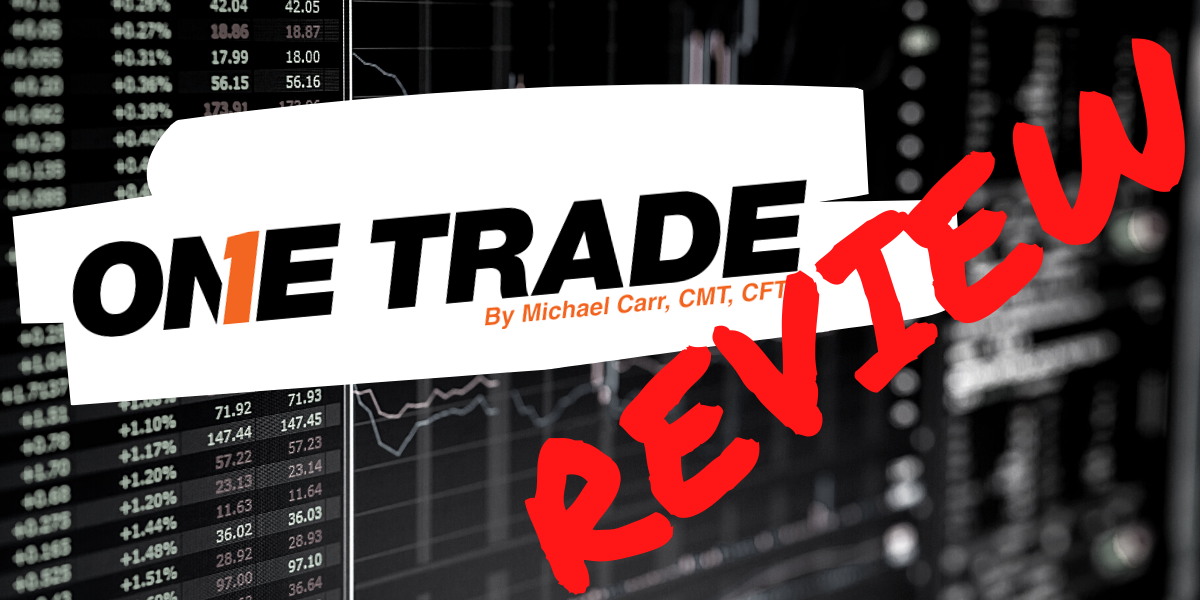 Michael Carr's One Trade system is claimed to be, by him, "the perfect trade".

But how good is One Trade really? Is this advisory service legit and will you really have 52 chances to double your money over the next year?

In this review I'll be going over what One Trade is and how it works, what subscribers get, the cost & refunds, pros & cons and more.

Let's begin by going over some of the teaser for this opportunity. Bear with me here... the claims are hyped-up as usual.

There are likely multiple variations going around promoting this service, but here's what I came across... 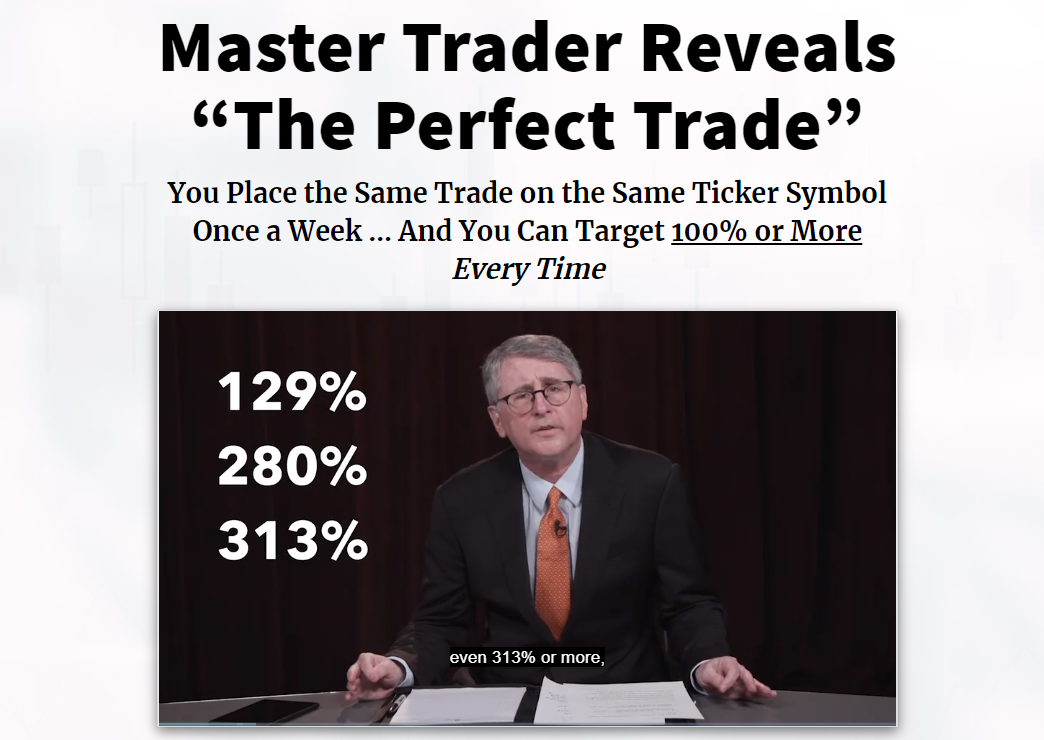 Mike (Michael) Carr is the guy behind it all (shown above), but I'll talk more about him in a bit.

We are told that the team at Banyan Hill (the company Carr works for) has been trying to find the perfect trading strategy for years... and now they've supposedly found it.

In the teaser, Carr shows us a bunch of big gains that we could have made following his "one trade" strategy, such as this one for 313%... 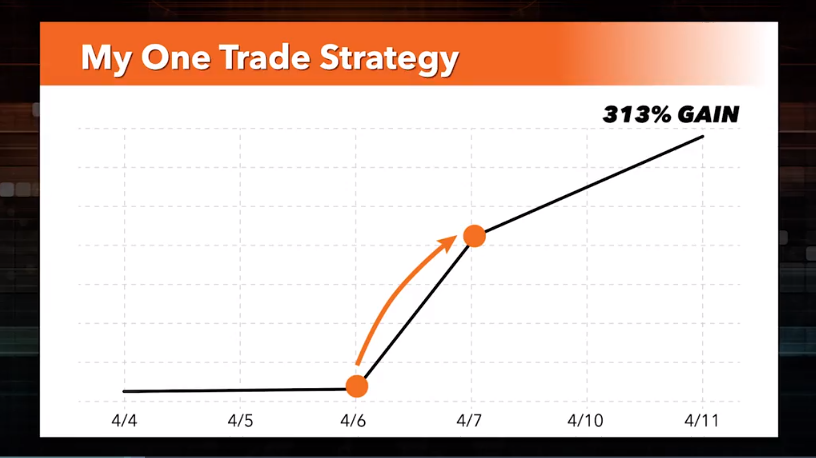 However, he conveniently leaves out any mention of loosing recommendations, and it's pretty annoying when half of the presentation is just talk about all the winners.

Some of the hyped-up claims for this service include:

Sounds amazing... I mean, who wouldn't want to make more money this coming year than they have their entire life? But then again, this claim sounds a bit ridiculous, doesn't it?

You have to take some of this promotional content with a grain of salt. Let's dive into what this service really is and what you get...

Overview of One Trade

One Trade is an advisory service run by Michael Carr over at Banyan Hill Publishing. In a nutshell, it's a follow-along service where subscribers are provided with trade alerts, market analysis, and more. They are told what to do and when to do it, so that no experience is necessary.

Like Adam O'Dell's "Green Zone" and Altucher's Weekly AlphaBrain Alert, this service is also focused on options trading. However, what makes it unique is that it is only focused on "one trade"... one trade, once a week.

It's a somewhat expensive service and there aren't any refunds offered, but it might be a good fit for some people. It depends on what you're looking for.

Who Is Michael Carr? 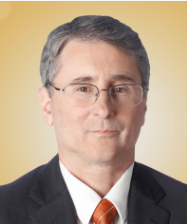 Carr started out his career at the Pentagon when he served in the Air Force. During his time he was involved in an early version of the internet (for a local area) and worked on designing codes for nuclear missile launches... pretty impressive.

But now he's an investor. Carr is a Chartered Market Technician (CMT) and a Certified Financial Technician (CFTe). He has been able to take some of the skills developed in the military and put them to good use trading. Much of what he does is develop indicators with his extensive knowledge of coding, and this is what he has done to bring to us his "One Trade" system.

Currently Carr is employed by Banyan Hill publishing, which is the publisher behind his newsletter advisory services... and the company behind the often ridiculous teasers.

The One Trade Strategy

This "One Trade" strategy is pretty simple, and similar to Jeff Clark's "3 Stock Retirement Blueprint" except there aren't 3 stocks to trade... just... one... trade.

One trade, once a week, and the average time this trade takes is 2 days.

He refers to these trades as "momentum orders" at one point, but what he's talking about here is good old options trading.

In summary, he suggests trading options for the SPDR Dow Jones Industrial Average ETF (DIA) just once a week... and that's pretty much it.

But of course this is much easier said than done, and the whole point of this "One Trade" advisory service is to be able to follow along and place the exact trades Carr recommends, which you'll be able to do because of the trade alerts he sends out...

How does he determine trade prices and when to take action?

Well, there are several criteria that must be met before he makes a recommendations.

Firstly, he has a computer program he developed by compiling 20 years worth of market data. This uses an algorithm that scans 40 rules he coded into the program and looks for patterns in the market. It looks at recent price action and provides an alert when it has a prediction of where the market will be in one week with at least 75% probability. 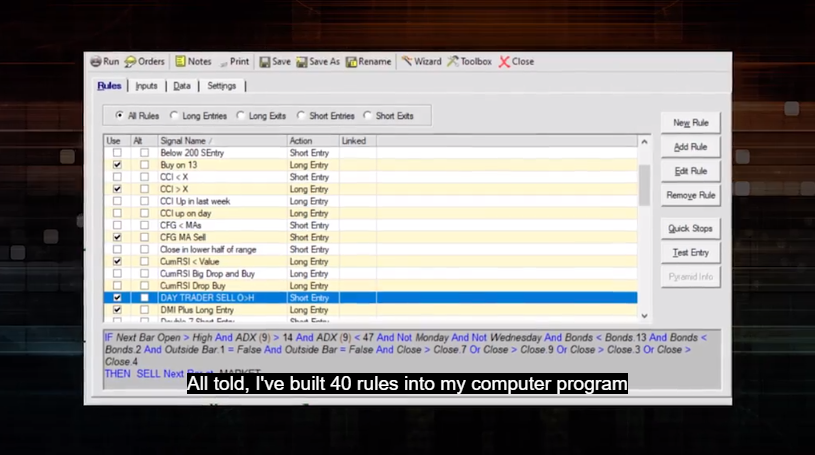 Once this provides an alert, he then cross checks the trade with another indicator he uses to predict the price action 2 weeks in advance, which is a type of volatility indicator.

And then lastly he looks at the trade himself to determine if it's worth taking.

When you join as a subscriber you get access to these trade alerts. Subscribers are told when to buy and when to sell, just as with most follow-along type advisories. But there's more than just that.

Here's everything you get: 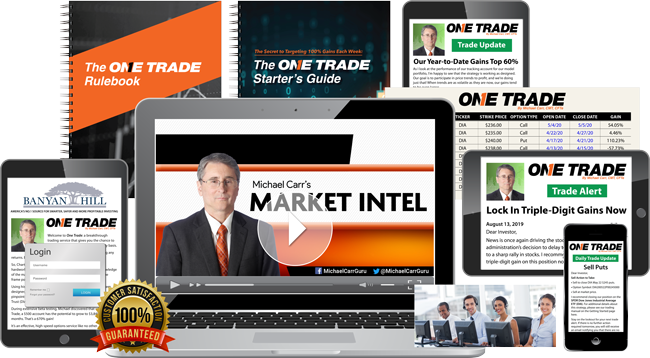 Pretty expensive... but then again, he claims you could have 52 chances at 100% gains in the next year.

There is also a "100% guarantee", which states that if you don't get the chance to make 100% over the next year you can get a second year of the service for free... 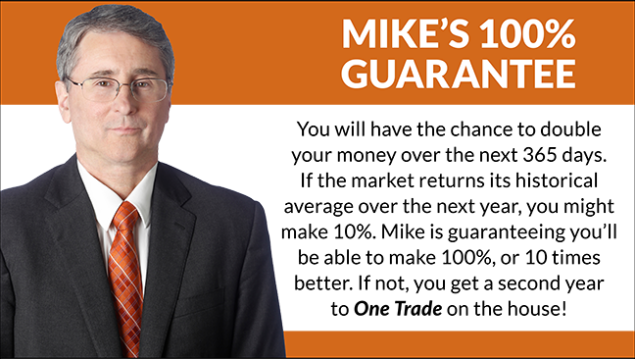 But what happened to refunds?

If the service isn't performing up to par, then why would you want a second year of it?

Well, there aren't any refunds.

Here's the excuse they use to not give out refunds: "Because of the incredible nature of this discount, we cannot offer any refunds."

I don't know about you, but I don't see any "incredible nature" that would make it too hard to give out refunds... but it is what it is.

*Note: Although they state there are no refunds, if you are looking to get one it still might be worth the attempt. You can contact Banyan Hill at 866-584-4096 or send an email to onetrade@banyanhill.com.

One Trade is an trade advisory service run by Michael Carr where he provides subscribers with weekly options trade recommendations on just one thing... the SPDR Dow Jones Industrial Average ETF (DIA). It's well laid-out and easy-to-follow, but is fairly expensive, over-hyped and there aren't any refunds offered.

Ultimately the decision to join or not comes down to you. What I can say, however, is that this service isn't for everyone. It's much different from a buy & hold long-term investing strategy, which I know a lot of our readers are looking for.

Hopefully this review has provided some value to you. As always, let us know what you think about it all in the comment section below...