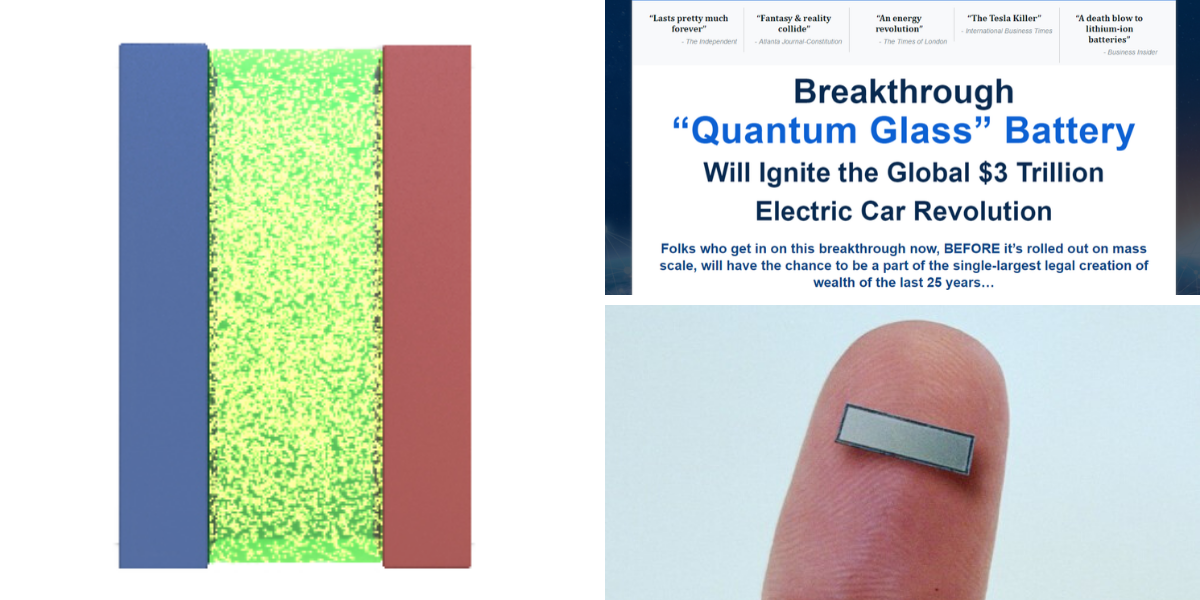 Batteries... can't live without them. They power our smartphones, laptops, cars, and a lot of other mundane stuff. In the tech world, enhancement or discovery of new models of batteries is an important field of study. And when it comes to investing, advancements in any industry could be big money makers for the public.

So then, what the heck is Matt McCall's "Quantum Glass" battery stock. We’ve been teased about batteries that last much longer than lithium-powered batteries before, but what about “quantum glass”?

In this article we are going to investigate and expose the stock in Matt McCall’s teaser which he calls the “Quantum Glass Battery”.

Let's begin with the teaser...

This pitch goes down the typical “tiny unknown company” route. The photo below is from the teaser I found by Matt McCall. Do keep in mind that there might be a number of variations for this teaser, but we’re going to talk about this one, titled: “Breakthrough 'Quantum Glass' Battery Will Ignite the Global $3 Trillion Electric Car Revolution”. In his report, he alleges that a certain technology can thrust the electric vehicle industry into a $3 trillion one. He calls it the “quantum glass”. 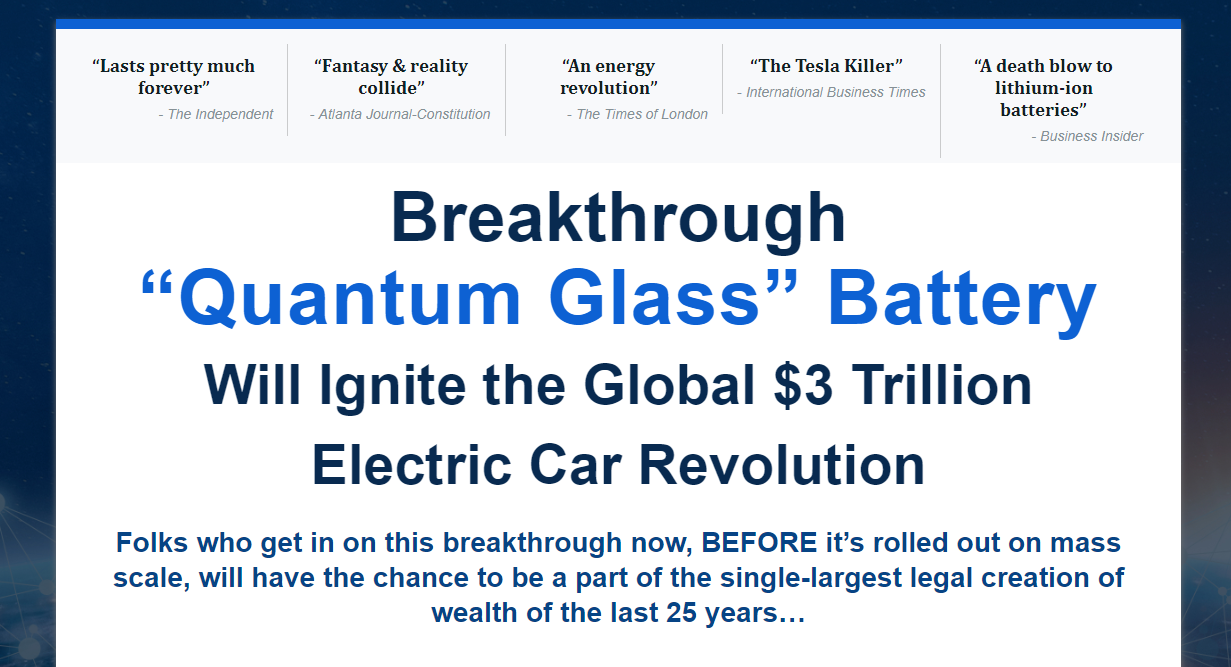 Matt McCall is the guy behind it all. According to Investopedia, he has 18+ of experience in finance and investments under his belt, starting when he was an account executive for one of the largest brokerage firms in the US, Charles Schwab.  He then became the chief technical analyst and co-hosted for a radio show called “Winning on Wall Street”. Additionally, he had made multiple TV appearances on networks like CNBC, Fox News, and Bloomberg TV, and eventually became a co-host of a daily investment show on Fox Business. Some of the firms he leads are CrowdVest.co (equity crowdsourcing platform), Crowdvest Securities (a FINRA/SEC registered broker-dealer), and Penn Financial Group, an investment advisory. AND... he also wrote two investment books, “The Next Great Bull Market” and “The Swing Trader’s Bible”, which he co-wrote with Mark Whistler. In short, he knows a thing or two about investing... but you still can't fall for all the hype these guys throw at you.

In the teaser, he gives the audience a glimpse of his portfolio, starting with Skyworks, a ‘little-known’ chip maker which went on to become Apple’s supplier of microchips fort the iPad. He stated that had you followed his initial recommendation, you would have relished in the 361% increase in shares of the firm. The same thing would have happened with, again a small company, called iRobot which soared as high as 695%.

This is the typical hype from teasers like this... lots of talk about how great they are.

Anyways... McCall claims that this new battery tech he's teasing has also been called the “forever battery”, “the battery that could change the world”, the “holy grail” of energy storage, and even going so far as to call it the “Jesus battery”.

Of course, the teasers are never complete without the names of industry leaders already rushing to be the first ones to get in on the action. There are the automotive companies like GM, Ford, Toyota, BMW, Honda, Nissan, and Volkswagen and many more. Firms that, as McCall reveals, “are scrambling to get this technology inside their vehicles”.

Bosch and Continental, the largest auto parts suppliers in the world, are also said to be backing this technology.

Even leading oil companies like British Petroleum and Exxon are seemingly preparing for the impact it will have on them, and they are already making huge investments.

It's sounding pretty darn good, and what's more is that this quantum glass battery is said to fully charge in 60 seconds and is expected to go 1,000 miles on a single charge.

Matt says matter-of-factly that the quantum glass is virtually irreplaceable since it can last up to 150 years. He explains that the average life of today’s typical Li-ion battery is between 300 to 500 charge cycles before its capacity to store energy starts to degenerate, but with the quantum glass battery, it can apparently be recharged for over 100,000 times without losing its quality.

So, how the heck do you get in on this opportunity?

You already know... McCall suggests investing in one "tiny company", which of course I'll be exposing in a bit.

The technology behind the quantum glass battery is so impressive that Matt thinks children a few years from now will not think of gasoline-powered cars and gas stations AT ALL; the same way millennials think of telephone landlines…wait what?

And what’s more is that Tesla might not be safe with this discovery because this will grow as much as 67,976% in the coming years - a prediction of course. 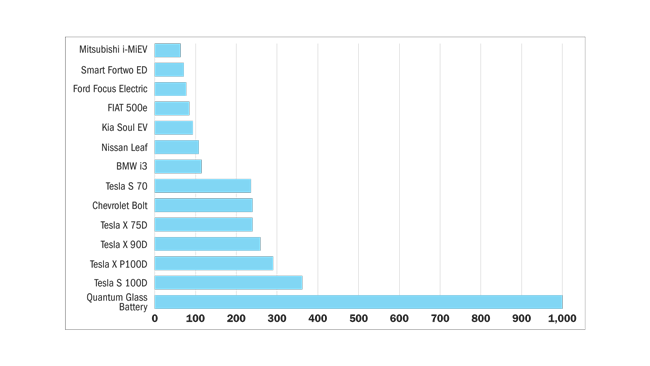 We know what’s next, right? After hinting how much this "tiny company"'s stock could climb in the near future, Matt slowly shifts his directions to his sales pitch.

He declares that this idea is so potentially profitable that he put together a “time-sensitive” special reports called “The Biggest Battery Breakthrough in a Century: How to Cash in on the $3 TRILLION Electric Car Revolution”. It contains all the details investors must know about the company.

But hey, don’t you worry, it’s free of course! All you have to do is to register to Matt McCall’s *paid* subscription-based research advisory called “Matt McCall’s Investment Opportunities”. It costs $199 for a full year. He’s also throwing in a 100% money-back guarantee valid for one year.

What the heck is a "Quantum Glass Battery"?

“The secret is in a newly discovered super material, what I call “Quantum Ion” glass”, says McCall as he starts to explain how the technology works.

Of course, this is not really glass. Li-ion batteries contain liquid electrolytes which are chemical mixtures that conduct the flow of current between the anode and cathode. The new technology is basically replacing those electrolytes with solid ones, thus the term solid-state batteries.

According to The Independent, with solid-state batteries you can charge and discharge it hundreds of thousands of times without it posing a threat of fire or explosion, even in the event that you decide to throw it to the wall or drive a nail through it. This is simply because with solid electrolytes, there’s really nothing to burn. It can also hold 20-30% more energy than the usual batteries that we have today. This also entails longer life spans and will not require replacement every 2-3 years.

Mind you this is not a new idea, but releasing it to the market is not going as smoothly as laboratories and business entities would like since there are still factors that may hinder it, such as the costs, technical designs, and materials. Because the demand for this technology is visibly going to increase dramatically when other tech advancements like the IoT and 5G, whose power will rely on batteries, completely roll out... a lot of manufacturers, researchers, and laboratories are becoming more and more invested in this field.

As I’ve pointed out earlier, there are a lot of firms and organizations in this field of research vying to become the next industry disruptor.

Let’s piece together our clues from the teaser to conclude which company is Matt McCall referring to. This way you'll be able to cruise around the continent in that new yacht you've been dreaming of... well... actually... don't count on that.

Now some of the context clues that we have in the teaser are admittedly vague. For example, Matt mentioned that Dr. John Goodenough is giving his full endorsement on this technology. Well, that’s because even the Li-ion inventor had announced on 2017 that he and colleague Maria Helena Braga had developed their own solid-state batteries. This is also the case when he went on and named some industry leaders who are investing in this technology.

This is where it gets confusing, he quotes the International Business Times calling it “The Tesla Killer”, an electric car that can charge fully in one minute. Upon visiting the article, it is pointing to US-based company, Fisker Inc. However, in an article written by McCall himself, he stated that the tiny company he nicknamed the “Jesus battery” is based in United Kingdom.

He quoted Forbes as well, saying that this is the “battery that could change the world”. Forbes, however, was referring to the solid-state battery created by Professor Mike Zimmerman and his company, Ionic Materials. But then again, it’s a US-based company whose headquarters are located in Massachusetts.

The stock Matt McCall is referring to is Ilika. A small firm based in the UK, Ilika has been in long-term partnerships with auto-giant Toyota and luxury brand Rolls Royce. They boast of their solid-state battery Stereax® that have been granted eight of its patent filings. Even the photo below checks out: 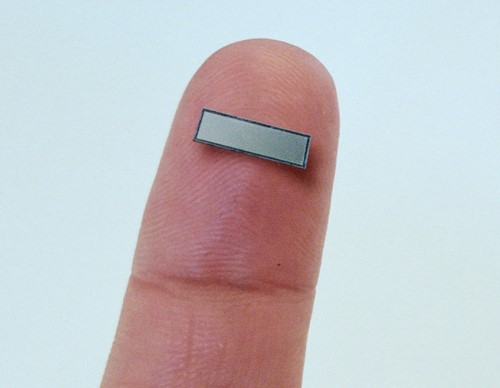 According to Financial Times, Ilika developed their solid-state battery to meet the demands of Internet of Things (IoT).

Teasers are almost always over-hyped. It is best to always do your research before investing in anything.

As for Ilika, ever since its IPO on May 2010, its position hasn’t moved that much. It opened at 0.52 GBP (0.69 USD) ten years ago, while its latest closing price was at 0.56 GBP, as of writing. Ilika even experienced a dip in 2018 when they closed at 0.12 GBP. Overall, Ilika’s status isn’t very spectacular and can be risky to both short-term and long-term investments.

However, the stock is tiny and the company is on the cusp of a potentially huge shift in battery technology.

So, there we have it. It was a little more difficult to identify the stock in this teaser since some of the claims and clues were kind of misleading. What do you think? Is the solid-state battery industry something you would  be willing to invest in? Is Ilika the stock that's going to fund that new private yacht next summer?

Let us know what you think in the comment section below!