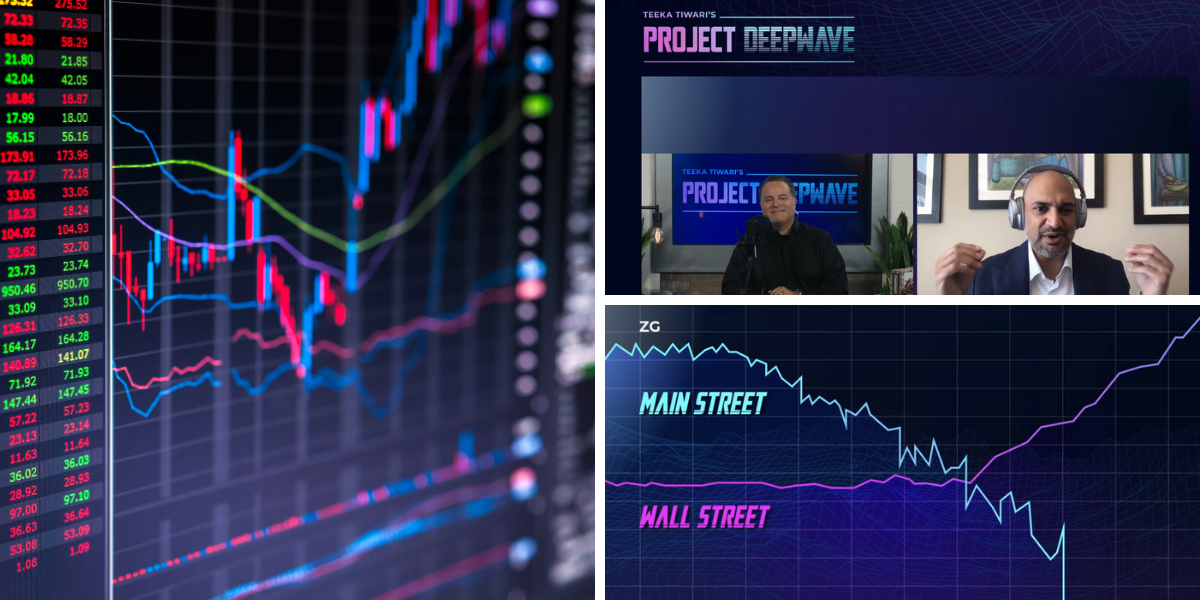 Is it true that Teeka Tiwari's "Project DeepWave" could help you make $19,740 per trade? Does it really analyze this "DeepWave" data that normal investors don't have access to? Is this legit?

I came across this opportunity recently and knew I had to review it. The problem was that the presentation was absurdly long and I didn't want to waste half my day listening to it. But anyways... I decided to finally take the time and wasted my entire morning in order to get out this review of it, in which I'll be going over 2 common stocks that Teeka claims his DeepWave system has alerted him to that Wall Street has been dumping in the "dark pools".

Let's begin by going over the teaser.

There might be multiple teasers out there, but here's the one I came across...

Teeka Tiwari is the star of the presentation. He's a former hedge fund manager and Wall Street executive who has a pretty impressive career history. Currently he provides newsletter advisory services through the publishers Palm Beach Research Group and is well-known to go to great lengths hyping up new investment opportunities.

The presentation starts out with talk about how the wealth gap between Wall Street and Main Street "expanding at light speed"... and there is the claim that it's all due to market manipulation.

They (Teeka and Fernando) acted as if the presentation was something highly confidential, but it's actually being blasted out to thousands of people's emails all over... so I really highly doubt it is.

Anyhow, the main point Teeka makes in the presentation is how Wall Street spreads "fake financial news", meaning that they say one thing but doing something else. He claims they are "silently siphoning away pure profits", and all of this is hidden from the public - sounds a bit similar to Altucher's "stock market glitch" and even Yastine's "profit lining" teaser, but not exactly.

He goes on to claim that up to 40% of the data in the market is being excluded from public charts, which puts us little guys at a big disadvantage.

We're told that him and his team have cracked the code and found out how to get their hands on this missing data, which allows them to make profitable trades with stunning accuracy. But more on this in a second.

Are the markets really rigged?

I think we can all agree that they are to some extent. It might not be as bad as Teeka and other people marketing their advisory services claim it is, but to some extent I'd agree.

In the presentation Teeka gives examples of Bill Ackman and the statements he was making during the start of the coronavirus pandemic, such as how he made terrifying predictions ("hell is coming") about the impending doom, people panicked and the market dropped, and during this time he bet against the market and made $2.6 billion. And how he also went on air another time and made some extremely negative statements about Hilton Hotels going to $0... which led to people dumping their stocks, all the while he was buying.

Is there any good excuse for activity like this?

There doesn't seem to be.

Another example he gave was how Warren Buffet went public saying he wouldn't sell airline stocks and then went ahead and sold his entire stakes in US Airlines.

Teeka stresses the importance of looking at the money. Instead of listening to Wall Street, look at what they are doing with their money.

Of course this is easier said than done since much of what they do concerns what Tiwari calls "dark money"... which is what he claims he found out a way to monitor with what he calls his "DeepWave" algorithm.

One of the big focuses of the presentation was on 2 stocks that Teeka claims his DeepWave algorithm has alerted him to, in which Wall Street is saying one thing but doing the opposite.

These are common stocks and I'll be exposing them shortly.

If you found the strength to sit through the entire agonizingly long presentation without falling asleep, then you know it all ended in a sales pitch. 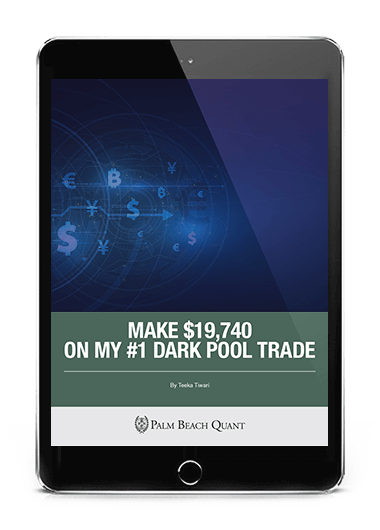 But in order to get this report you're going to have to take out your credit card and spend a good chunk of money.

To get access to the report and the trade recommendations that DeepWave makes, you'll have to join his Palm Beach Quant advisory service. This supposedly regularly costs $5k/yr, but there is a "special" discount where you can get in for $2,500... for a very short time... supposedly.

I'm not going to go into much detail here, but basically Palm Beach Quant is a follow-along advisory service where Teeka provides trade alerts from his DeepWave system along with market research to subscribers.

*Warning: There are NO REFUNDS by the way. They only give credit toward another service.

What Is "Dark Money"?

Dark money normally is the term used to refer to money used to help influence voters' opinions during elections, which is often moved about under-the-radar in sneaky ways.

However, the "dark money" that Teeka Tiwari is referring to here has to do with the money that is traded in what are called "dark pool markets".

What the heck are dark pool markets?

These are private exchanges that are created to allow large institutional investors to invest without impacting the markets with large orders.

Yes, that is the reason they were created, which all sounds good, but the problem is that there is a complete lack of transparency in these markets, as Teeka mentioned, and because of this there is room for market manipulation and conflict of interest.

According to MarketsWiki, there are more than 50 of these dark pool markets registered with the SEC in the US... and normal investors have absolutely no access to these.

During the presentation we were shown numerous examples of "dark money", aka money from Wall Street, entering or exiting the market contrary to what you'd expect based on what they were saying at the time, such as what happened with Hilton Hotels for example... 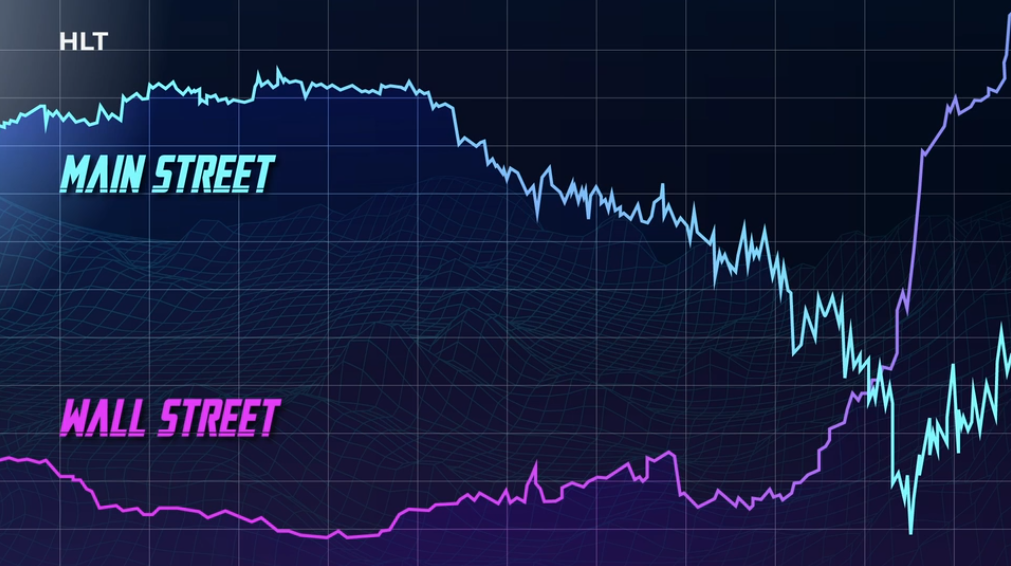 Is It Really Possible to Track This "Dark Money"?

This is the big question.

Teeka Tiwari claims he and his team of IT professionals have cracked the code. They claim to have somehow been able to get access to all of this raw data from all these dark pool markets and have found a way to see what's going on.

What we are told by Teeka Tiwari himself is that this whole Project DeepWave can be traced back to some lead engineer that worked for Lockheed Martin. This person, whom Teeka never mentions the name of, supposedly was a big developer of the algorithms behind stealth technology for war planes and supposedly was asked by someone who knew him to apply the algorithm he had helped develop to the stock market. As the story goes, this new trading algorithm was making tons of money and Teeka heard about it through a friend.

Anyways... it's a long story, but supposedly this was the start of the whole Project DeepWave and allowed Teeka and his team to see that the market was being manipulated, which then led to him and the team developing the DeepWave algorithm, which is based around the Fast Fourier Transform (FFT) algorithm... 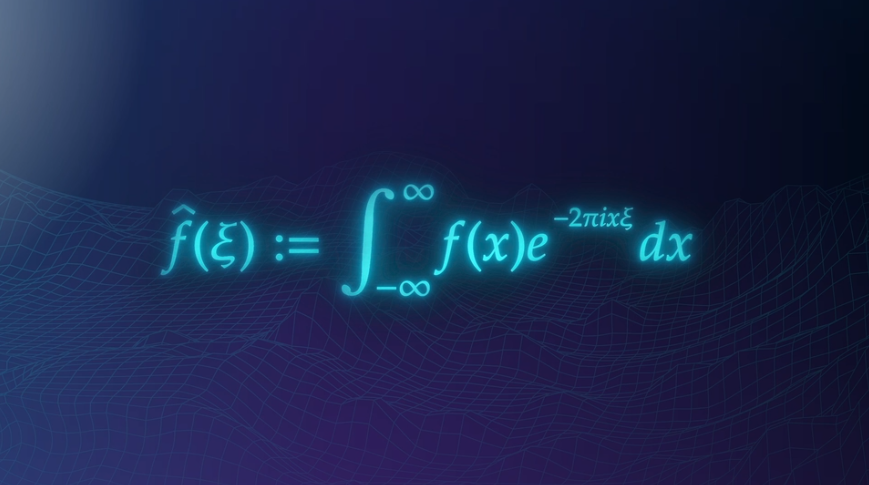 What we are told is that this algorithm helps identify patterns from jumbles of data.

And that's pretty much it.

How do they get their hands on this data? This I still don't know. Much of this is a mystery, which makes me wonder if everything is really true.

But anyways, his proprietary algorithm supposedly does all the hard work and provides him with simple buy or sell alerts.

Okay, so unless you sat through 1+ hour of the presentation then you probably have no idea what those stocks are Teeka was teasing.

There were 2 stocks he said his DeepWave system was alerting him to, which means that with these 2 stocks Wall Street was saying one thing but doing something else.

What are these stocks?...

The first stock is Disney, and here's what was shown... 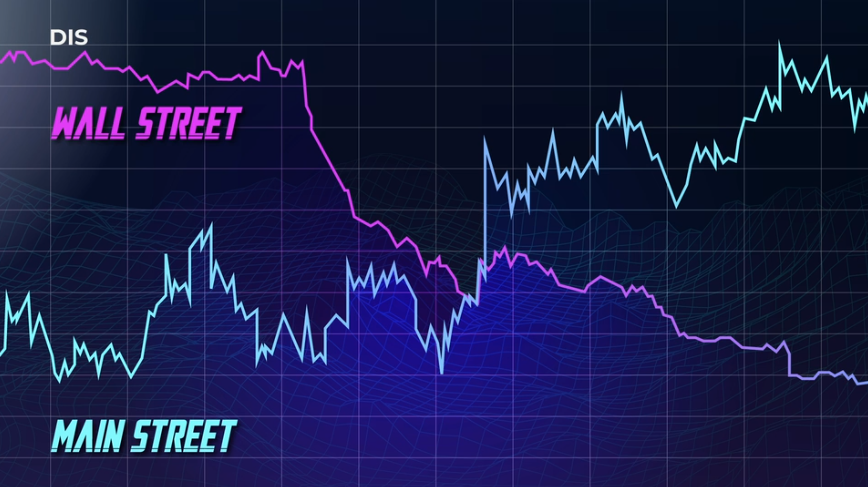 What this shows is Wall Street dumping the stock, all the while telling everyone to buy, buy, buy... and the stock crashed after this.

What we are told is that this same pattern seems to be happening again, but he's clear that he is not suggesting you sell Disney. Rather, he advises taking a look at your position size and not having too much of your account in it.

The second stock is Adobe, which we are shown Wall Street has been dumping while telling everyone to buy... according to his "DeepWave" algorithm of course... 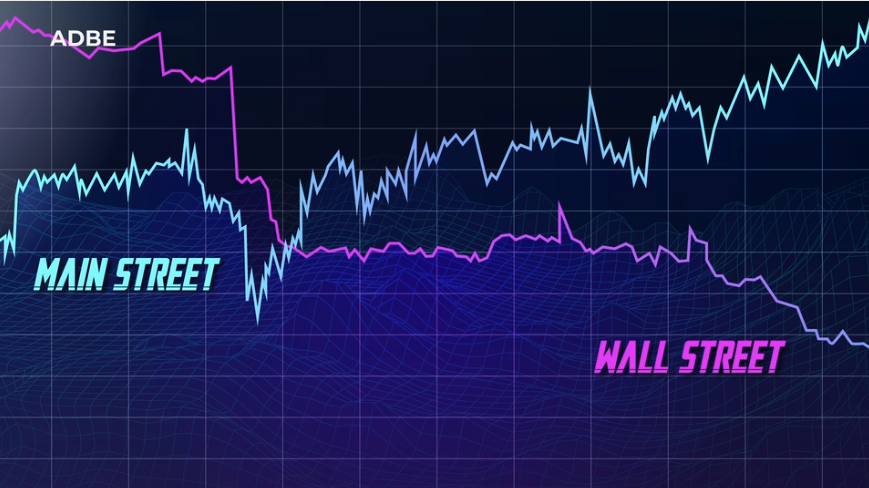 Again, he doesn't suggest going out and selling this stock right away, but at a minimum suggests setting stop-loss if you don't already have one in place.

These are questions that always pop up with opportunities like this.

While I don't have any hard proof that this whole "DeepWave" system is as he claims it is, and that he really is analyzing all this dark money data, there is no reason for me to say this is a scam.

That said, Teeka is one heck of a salesman. Don't get me wrong, he is an ex-Wall Street professional and knows what he's doing, but he's also a marketing pro... often hyping the heck out of every investment opportunity he comes out with. So just take things with a grain of salt here.

Or, better said as was stated by one our readers, take things with "a giant piece of rock salt".

Well, that took forever. I hope you found some value in this review, because it was a real headache for me to sit through that never-ending presentation.

As always, let us know what you think about all of this in the comment section below. We like to hear back from our readers!