In one of Ian King's latest investment teasers he reveals a "new" strategy to make as much as "10X your money in as little as 12 months".

Additionally, he teases three small-cap stocks that he has already identified have the potential to 10x in price within the coming year - one of which we've been able to uncover for our loyal readers.

Let's start off by going over the teaser and we'll expose the stock in a bit.

In this teaser presentation, John Burke interviews Ian King in what appears to be some sort of news-style broadcast, but really it's just a promotional presentation created by the Banyan Hill Publishing company, which is the company Mr. King is working for. 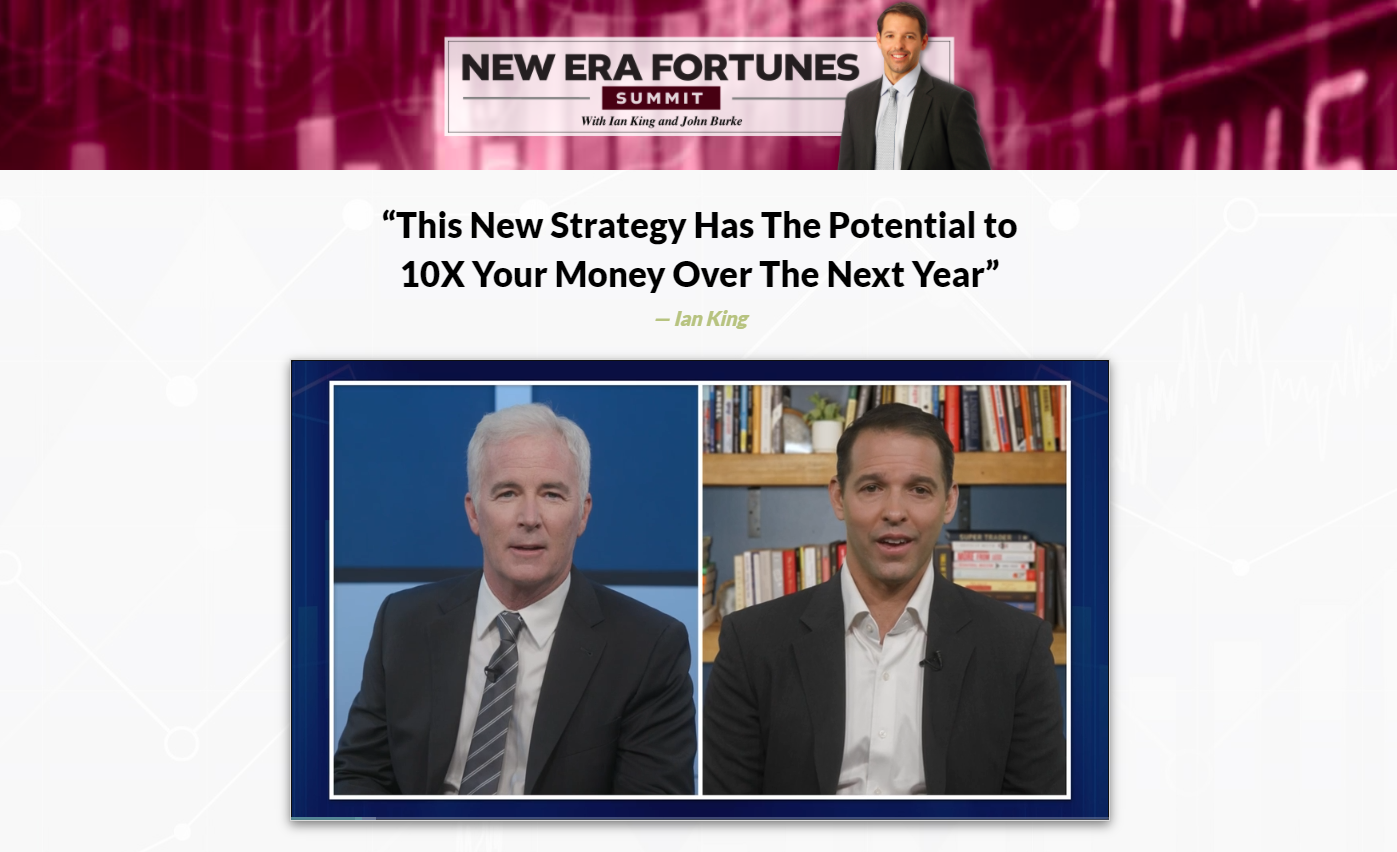 Ian King is the main guy here. He comes from a background on Wall Street having started out in the mortgage bond department of Salomon Brothers and worked his way up to managing a hedge fund (Peahi Capital) where his team and he made an impressive 339% return in 2008... which wasn't the greatest of years for the stock market. He's been on Fox Business News, is a top contributor for Investopedia and Seeking Alpha... and to make a long story short he knows what he's doing.

That said, Ian King is also the guy behind the misleading and overly-hyped Spectrum and "Great American Reset" teasers, so sometimes you have to take what he says with a grain of salt - make that a giant grain of rock salt.

In the New Era Fortunes Summit teaser Mr. King talks about a new strategy targeting huge gains and claims to have identified three stocks that "have the potential to hand you 1,000% in the next 12 months".

Sounds pretty good to me.

What King is looking for here are small innovative companies with small market caps as little as less than $2 billion.

He's looking for companies with low market caps and disruptive new technologies... and it is these types of companies that he claims to have found 3 of.

The lure here is that he'll be giving us information on the companies being teased... but of course this is your typical investment teaser and it ends in the typical sales pitch. 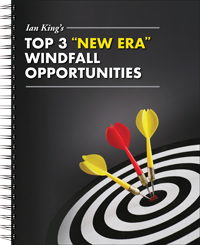 This is where you'll get all the juicy details on the stocks being teased.

In order to get your hands on this report you'll have to buy into his investment advisory service called New Era Fortunes.

The good news: I've uncovered what his first 10x stock pick is... so don't buy into anything just yet.

So, how does Mr. King find these 10x winners that he's teasing?

Well, this is the "new" strategy he tells us he's come up with...

#1 - Find Tipping Point Trends - First step is to identify trends that "are on the verge of big breakthroughs".

#2 - Look for Small Innovative Companies - Looks for companies with innovative technologies that could disrupt the market.

#3 - Companies with a Clear X-Factor - Then looks for companies with a line of business that is underpriced - types of businesses that have the potential to disrupt an industry, such as Netflix's online streaming service that was overlooked by most early on.

#4 - Momentum In Sales - Sales must be increasing by 20% or more year after year - need good sales momentum.

#5 - Ideal Timing - Want to get in at the bottom and out at the top - of course it's easier said than done however. 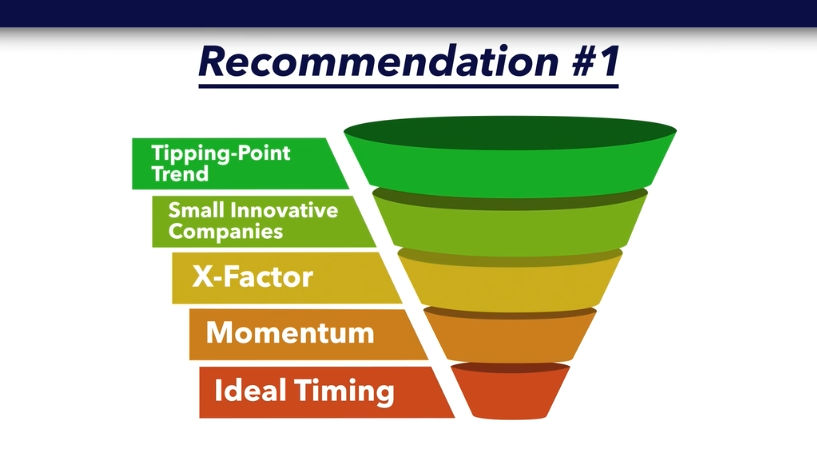 Now of course doing all of this is easier said than done, but he also tells us that him and his team do at least 100 hours of research before making a stock recommendation. They look at at least 11 criteria in total, including others such as the lack of analyst coverage, above average trading volume, good management and more before making a pick.

The 3 stock picks teased by King are ones that he claims tick all the boxes and are poised for at least 10x growth each.

So, what are the stocks that are predicted to be able to 10x your investment?

Let's start out with the first recommendation...

The clues we were given in the teaser on this stock include: 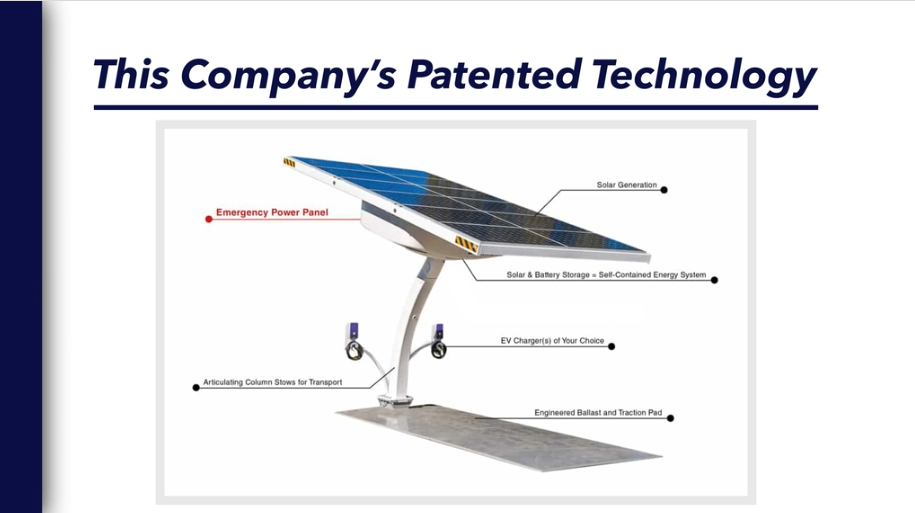 No worries. I've been able to dig deeper into the clues given and the stock pick here is a match for Envision Solar, which just rebranded to Beam (BEEM).

The company is a "CleanTech" leader based in California that creates the "world's fastest EV charging deployment" and other infrastructure for EV transportation, such as EV charging stations.

The picture that was shown above from King's presentation is for Beam's patented EV ARC charging station shown here... 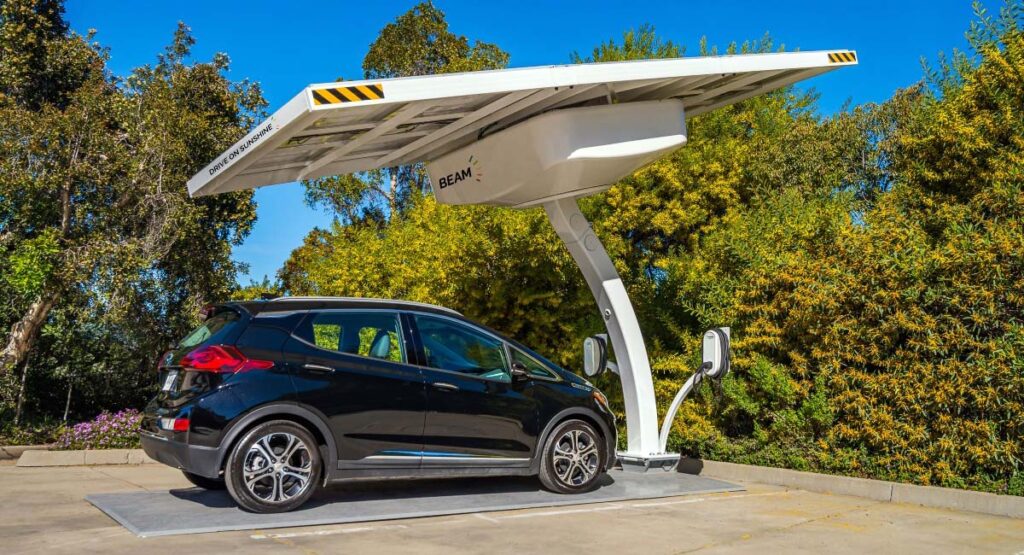 This charging station is an off-the-grid option that is transportable and can fit in your normal-sized parking space, which will make them easy to implement.

Not only that, but it looks nice.

The clues we were given on this company include how it is:

Unfortunately I couldn't figure this one out. I've looked through the entire list of winners of IBM's 2020 Business Unit Excellence award and couldn't find any companies that match up very well with the limited amount of clues we were given.

If you want to look into this more yourself, here's a list of the winners for 2020...

I was able to find some close matches, but nothing that matched up well enough for me to say, Yes... it's a match.

The third recommendation he teases isn't any better. We are only given the following clues and because of the lack of information here there wasn't much I could do...

Any thoughts or guesses on what the 2nd and 3rd company might be are appreciated.

Okay, so we are 1 for 3 here with the reveals. The only company I was able to expose based on the clues given was King's first pick, Beam Global (used to be Envision Solar), but is this a good pick? Will you really make 10x your money on this investment and be able to afford that mansion you've been eyeing down the street?

Well, while King's prediction is largely based on speculation and there is certainly no guarantee you'll 10x your money, Beam Global could be a lucrative pick. After all, they are tackling a problem that hasn't been receiving enough attention. While the popularity of EVs continues to rise, the infrastructure in place to handle all of them is not yet there... and the mobile charging stations that Beam is creating is one easy solution to this problem... and it has patents in place to protect what it has to offer.

Not only that, but its Wall Street price forecast is also looking pretty good... which is based on zero speculation.

It's worth a look, but as always... don't invest more than you can afford to lose.

Unfortunately I wasn't able to figure out all 3 stocks being teased, but one is better than none.

As always, let us know what you think of this stock pick in the comment section below... and be sure to let us know if you have any guesses as to what the other two stocks being teased are.