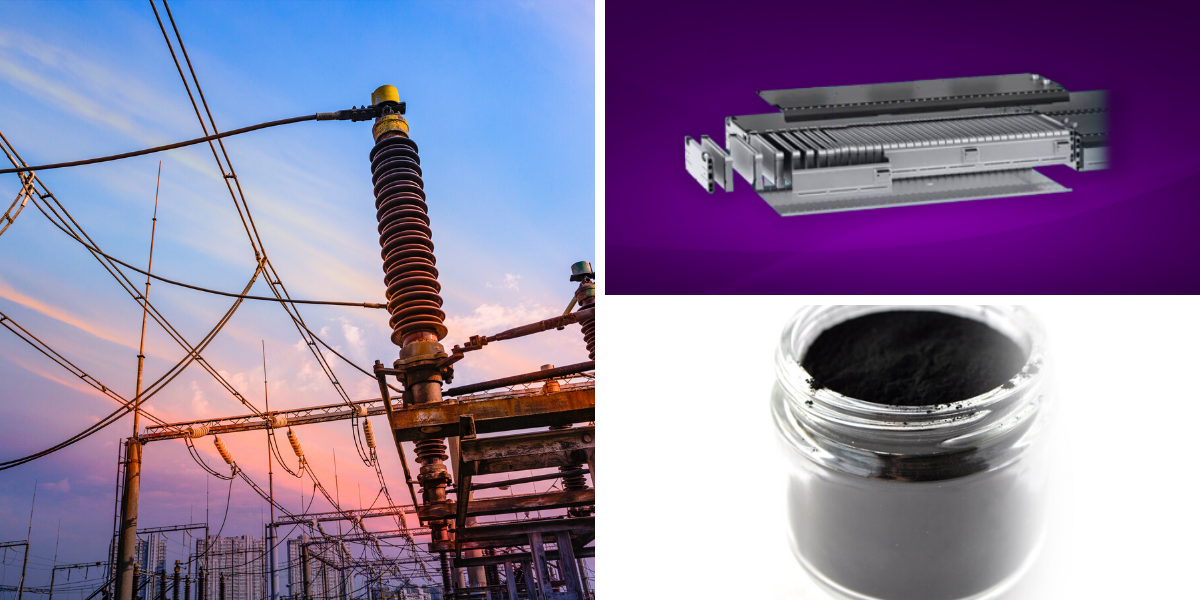 Paul Mampilly claims that these new batteries will be able to supply "endless energy", and it's all thanks to the "nanopowder" one company manufactures. But what the heck is he talking about here and what is the name of this company?

In this quick review I'll be going over this new battery technology that is being teased as well as the company behind it, which he claims could lead to "unfathomable riches".

There are likely a handful of teasers floating around the internet for this new opportunity. I've come across two of them, one titled "This Tiny Device Will Power Every Major American City" and the other titled "The No. 1 Stock for America’s New Energy Revolution"... 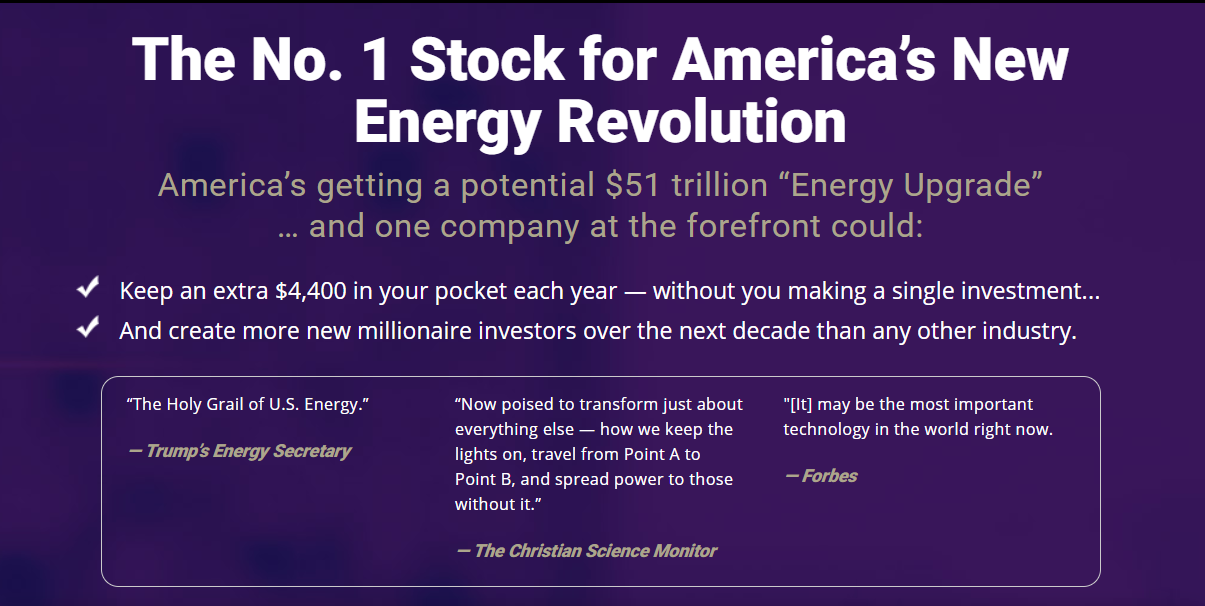 Both teaser presentations tease the same opportunity, and there are probably others too.

Mampilly's presentation starts out with him talking about a small device in this black box that can nearly power an entire city "virtually free of charge"... 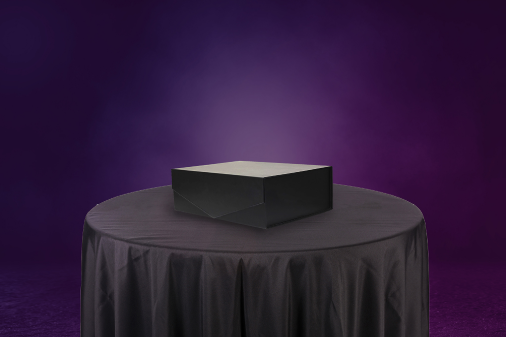 The opportunity is really hyped-up. Mampilly goes on and on about how great of an opportunity this is and how the market will surge up to 20,300% and could turn into a $51 trillion industry.

He also compares this new technology to Intel's revolutionary microchips and hints that the company behind it could see massive price increases just like Intel has... which have been 33,500% since the early 1980's, as we were shown... 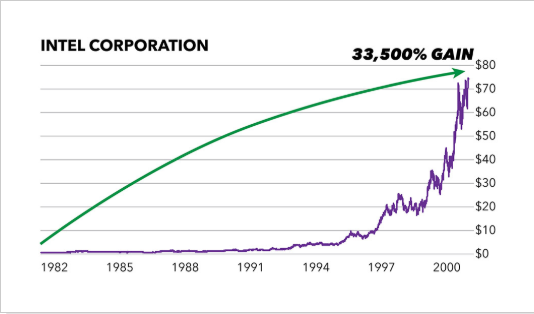 But of course it's all a sales pitch..

You can't take everything you hear to be 100% true and you certainly shouldn't expect this opportunity to be like investing in Intel in the 80's, especially when it's a sales pitch. But... of course no one can predict the future and it is possible.

Back to the point... it's all a sales pitch.

Mampilly is giving away a "free" report that he put together titled "$51 Trillion in Endless Energy: Get Rich on the Battery Breakthrough of the 21st Century"... 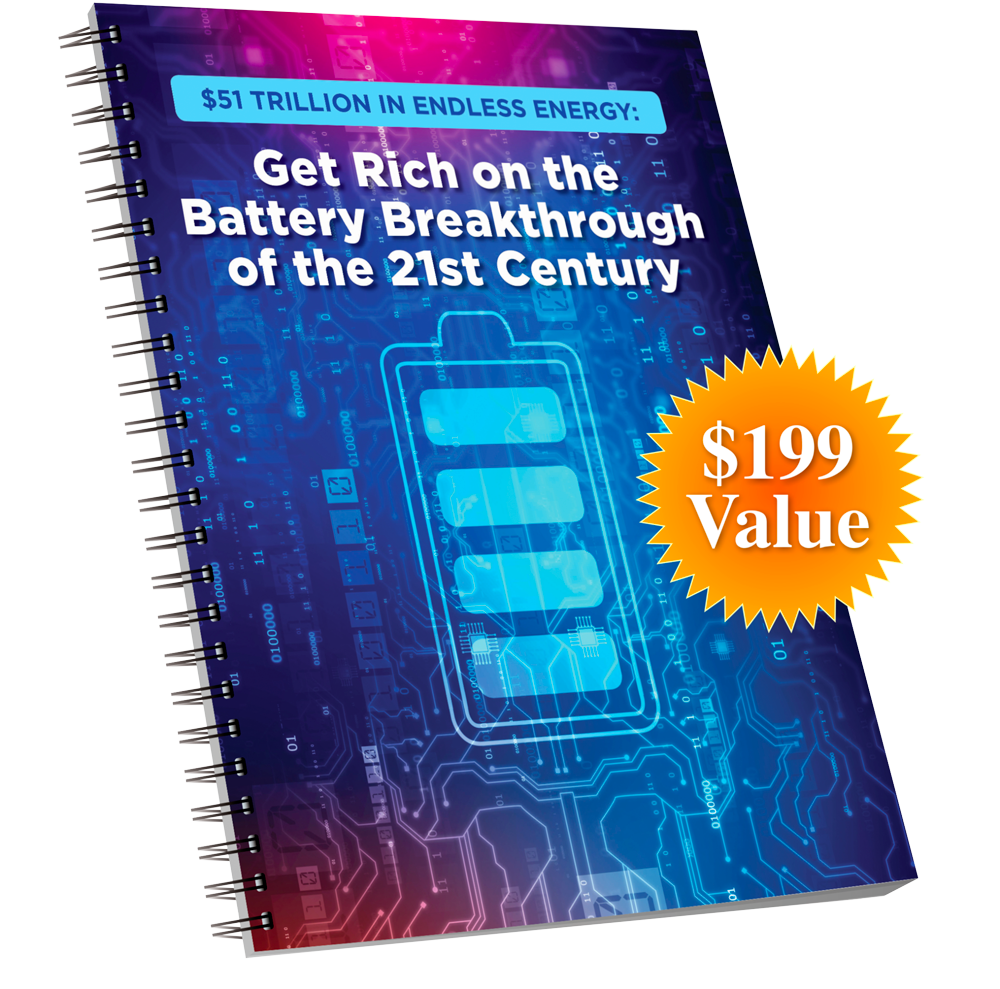 Anyone can get this "free" report. The only catch is... wait for it... you have to pay for it - same sales tactic he used with his Rebound Profit Summit teaser.

Yep, that's right... in order to get the "free" report you have to sign up for his Profits Unlimited advisory service. This costs $47/yr through the particular sales funnel I went through and is regularly $97, so it's not a bad deal, but the point is you have to pay.

I don't want to get too into things here, but in summary Profits Unlimited is an investment advisory service run by Paul Mampilly where he provides investment recommendations on a regular basis, market analyses and more.

What Is This "Endless Energy"?

What Paul mampilly is talking about here are batteries that have silicon anodes. 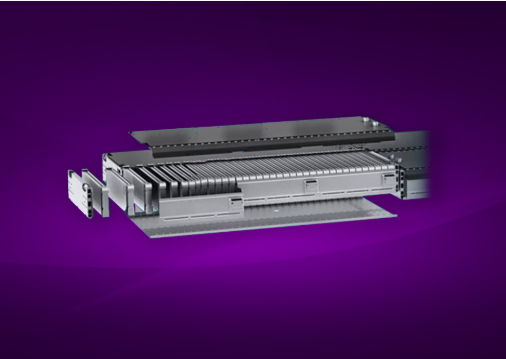 What makes these batteries better?

In normal lithium-ion batteries the anode is made of graphite. However, with silicon being used to in conjunction with graphite, more energy can be stored. In lithium batteries lithium ions flow to the anode when being charged, and are stored here. Silicon has a much higher specific capacity than graphite, (3600 mAh/g) vs (372 mAh/g), and so it holds a much larger charge.

The graphite isn't being completely replaced, but rather the electrodes are being made of a silicon-graphite composite material. And this isn't some new invention... it was actually first reported back in 2002, according to Wikipedia. The reason it's taking so long to develop into a more usable technology is largely because of the instability problem these batteries have - which is solved by sprinkling small amounts of silicon nanoparticles throughout the graphite anode... which Mampilly calls "nanopowder".

"Nanopowder" consists of nanoparticles of silicon that are used in the silicon-graphite composite material of the battery anode, which as you know "supercharges" the lithium-ion cells.

However, don't fall for the whole "endless energy" pitch. These new supercharged batteries are far from the endless energy providers that Paul Mampilly teases them as being.

Elon Musk's Tesla has already been experimenting with silicon in their Model S batteries and he claims this new development increased the car's range by 6%... which is good but nothing like you'd expect after hearing Mampilly hype up this new technology to no-end.

That said, their are improvements still being made and particular company that is being teased here believes their lithium-silicon batteries will last 20% longer... and likely will improve in the future.

Mampilly has been teasing this new battery tech as "The 12 Million Mile Battery", but I really don't know where he is getting is hyped-up information from.

First off, Paul is a really good salesman and certainly knows how to lure people in through his promotional presentations, which usually end up in you dreaming about buying some beach-front home or driving around in a sports car.

Paul Mampilly's current employer is Banyan Hill Publishing, which is an independent investment advisory company that publishes a variety of advisory newsletter services - Mampilly is the editor of several, such as Profits Unlimited, 100X Club, IPO Speculator, and Rebound Trader.

Before this he worked on Wall Street for over 25 years, and his achievements are pretty darn impressive, including having managed accounts for Deutsche Bank and the Royal Bank of Scotland, managing a hedge fund and helping it grow from $1.3 to $5.8 billion, and participating in an investment competition in 2008-2009 where he started out with an investment of $50 million and ended up with $88 million (during the recession).

He certainly knows his stuff and has an solid background, but don't get too excited for his stock pick just yet.

What Is This "Nanopowder" Stock?

By piecing together some of the clues he provided on this company, I was able to figure out who it is.

Some of the better clues he gives include:

And with that said... beep... boop... bop... the company he is teasing is Sila Nanotechnologies, aka just Sila Nano for short - a manufacturer of next-generation battery materials such as nano-engineered particles of silicon for lithium-silicon batteries.

All the clues given point to Sila Nano. But, is this really a good investment?

First off, it's not really even an investment yet... or at least not for the general public.

Sila Nano isn't a publicly traded company at this time, and so you will not be able to invest in it through your broker.

My guess is that Paul Mampilly is going to keep this stock on his radar and alert his True Momentum subscribers when it does become available and when they should invest... which is a bit different from what we normally see him doing.

That said, the future outlook for this company seems to be bright - and there are lots of big companies investing and showing confidence in its future.

An efficient and economic way to increase the the capacity of batteries... sounds like a great investment... and is an something that could be used in a wide variety of industries, such as electric vehicles, green energy, emerging technology and consumer electronics.

Not only that, but order 841 by the Federal Energy Regulatory Commission (FERC) (Mampilly mentioned this) could further increase the market and demand for these batteries. In a nutshell, what this new order does is opens up new opportunities for electric storage participation in the markets, such as that which could come from this new form of batteries.

It's hard to say how good a company in it's early stages like this will actually do, but there is certainly big potential here.

And now you don't have to subscribe to his service just to find out.

I hope this short review has provided some value. Please share it if it has to help spread the word.