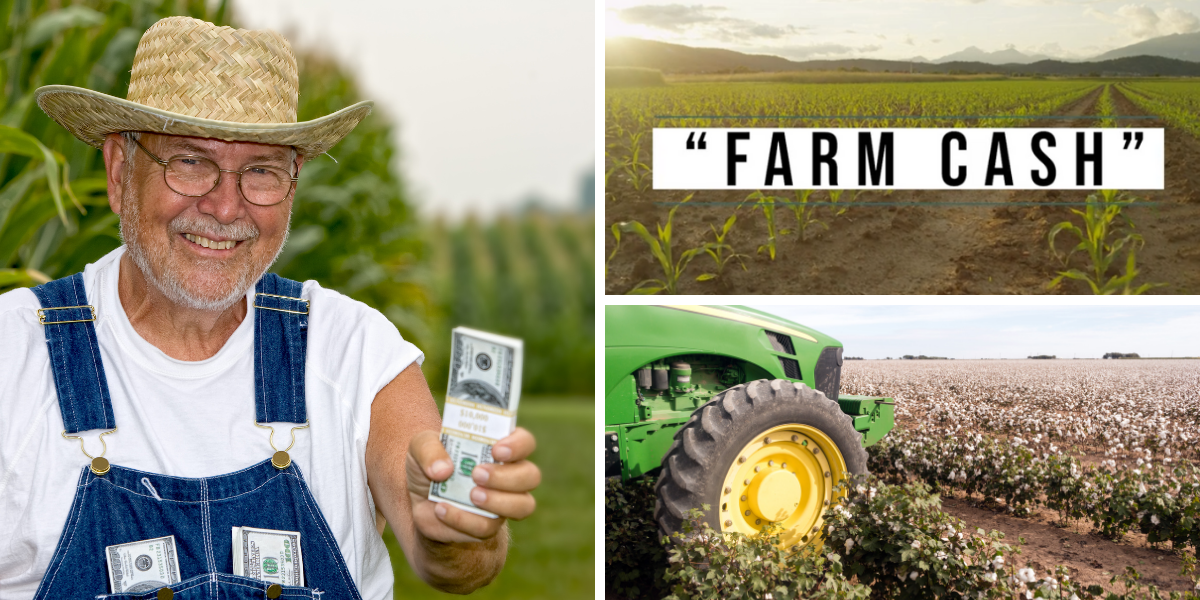 Jason Williams from over at Angel Publishing has been teasing the opportunity to collect what he calls "farm cash" checks every month.

He claims the opportunity to collect these monthly checks is incredibly simple and that the amount of money you can receive can be great, with some people collecting over $10k a month, but the problem is that most Americans don't even know "farm cash" exists.

But what is "farm cash" really, and is it legit?

In this review I'll be going over what this opportunity really is for and why it's not quite as good as it sounds. Ya, sorry to disappoint, but you want to know the truth don't you?

Let's begin this review by going over the teaser and what we were told...

The teaser presentation was one of the most ridiculously hyped-up teasers I've reviewed in quite some time, reminding me of others like that for Paul Mampilly's "America 2.0". I'm sure you already are well aware of this if you were able to make it through the entire thing without falling asleep.

The title: "Stake Your Claim in 'Farm Cash' and You Could Collect Huge Monthly Payouts Worth $4,675 or More!"... 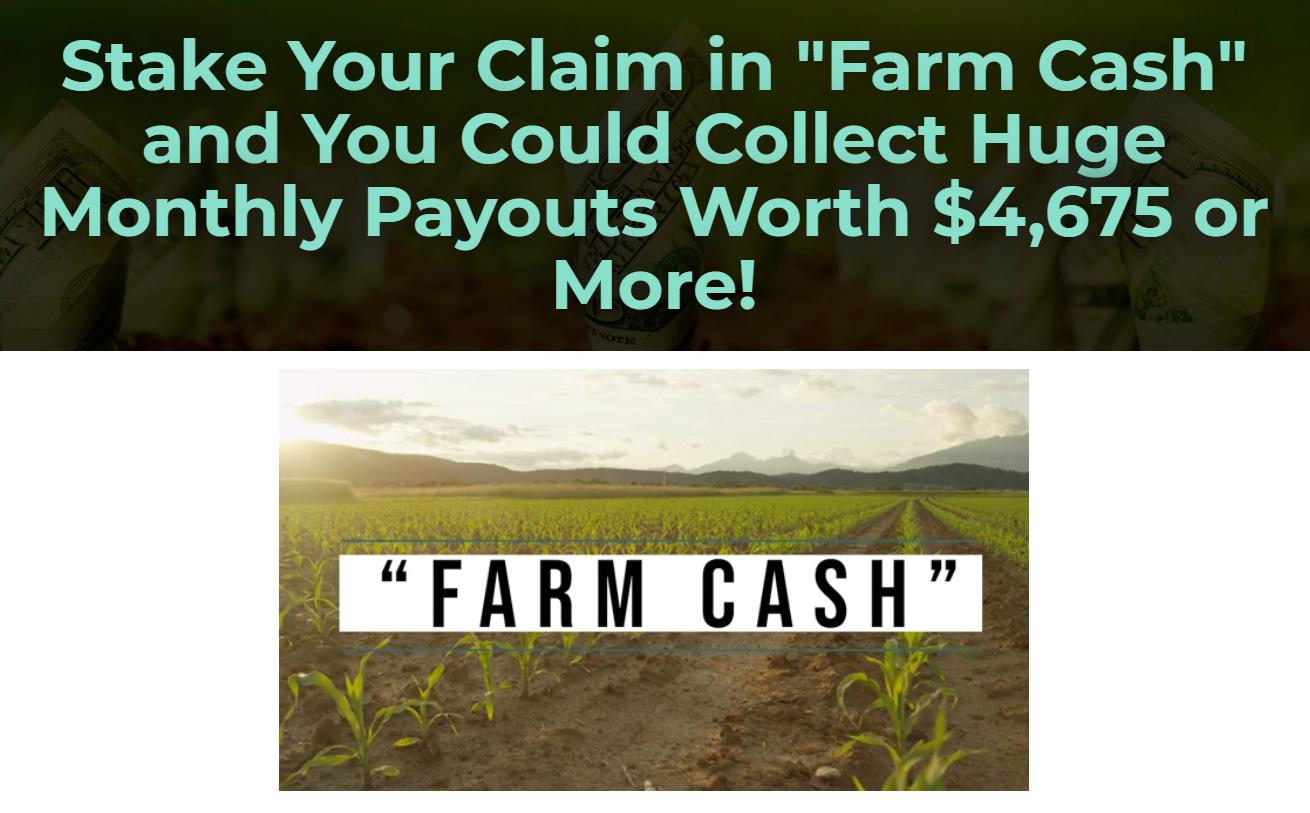 As we know, Jason Williams is the guy behind it all. He's one heck of a salesman and sure knows how to lure in potential customers, but he's not just some guy off the street trying to sell investment advice. Williams comes from a background as an analyst at Morgan Stanley and has moved his way up to becoming an angle investor as well as having his own family office. He comes from Wall Street but has since left for the opportunity to help Main Street Americans invest smart, which he does via newsletter advisory services published through Angel Publishing.

He knows a thing or two about investing, but you still can't take what he tells you in his marketing pitches at face value.

In this "farm cash" teaser, he claims that...

But how easy is it to get in on this opportunity?

Okay, sounds good - sounds too good to be true, but good.

And to make things sound as easy as possible, Williams also tells us that...

Williams then goes on to talk about how "you are going to want to get your name on the distribution list as soon as possible".

He makes it sound as if you just have to add your name to some list to start collecting these checks, but as I'll go over in a moment, the reality is much different. So don't get too excited just yet.

And don't fall for all the fake testimonials..

Jason Williams didn't skimp out at all when it comes to letting everyone know just how much they could potentially make. It seemed that about half the video presentation was him showing testimonials from people who have supposedly been collecting thousands of dollars of "farm cash" per month.

Well, what we were shown was fake... or at least partly fake.

As an example, here is "Jeremiah Tabbert" from the presentation who has supposedly received $8,396...

And as you can see, the image is a stock photo, meaning it's not really "Jeremiah Tabbert".

Williams shows people that he claims are making up to and over $18k a month, but the same goes for the people shown here - FAKE pictures.

So can you really believe what he says when he claims that "just a few short months from now you could be enjoying absolute financial freedom"...?

Should you believe it when he tells you that you could potentially live "a life where money doesn't matter... where medical bills... debt... mortgages... all of them, you never have to stress about"...?

Well, the first thing you should know is that it's all a sales pitch.

As expected, the whole teaser ends in the typical sales pitch.

In order to get the juicy details on how to collect "farm cash", you will need the "free" report titled "Cash in on 'Farm Cash': How to Make Five-Figures or More in Monthly Income for the Rest of Your Life"... 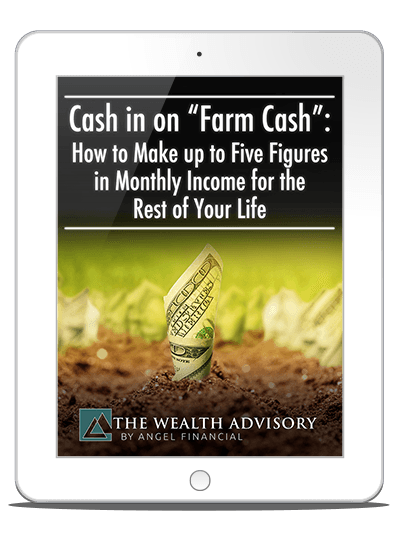 And how do you get your hands on this "free" report? Well, of course you have to take out that wallet of yours and buy into the newsletter advisory service that Williams is pushing, which is called The Wealth Advisory.

The Wealth Advisory is your pretty typical follow-along newsletter service where subscribers are told what to invest in and when. The cost to join is $99/yr.

What Is "Farm Cash" Really?

The term "farm cash" was made-up by Jason Williams. This is why you won't find much information if you search for it.

Williams talks about how "farm cash" came into existence in the 1930's during the dry-era known as the "dust-bowl" which led to severe food shortages in the US.

What it all comes down to is an FDR-era law to help get money flowing back into American agriculture, which came about in October 17, 1933.

This is what we're interested in here. In this section what is known as the Commodity Credit Corporation (CCC) was established back in 1933, which essentially, as mentioned in the teaser, allows for farmers to borrow money from the treasury to fund their farming.

The CCC's task is to support domestic agriculture, which it mainly does by providing subsidies to the sector.

The Commodity Credit Corporation's funding has grown drastically in recent years, and this is why Williams thinks people need to get in on these investments now. 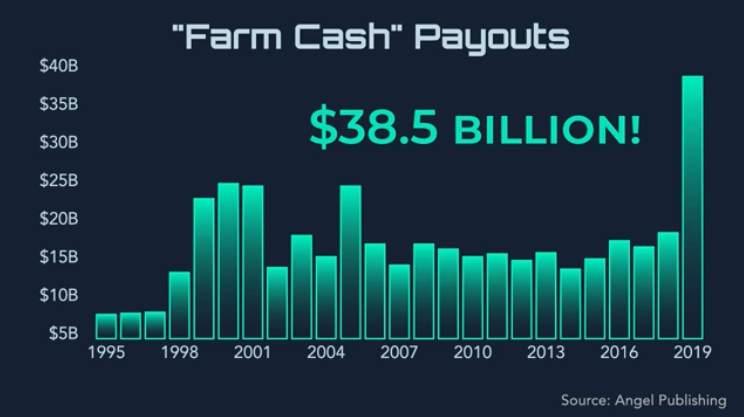 So just to give a simplified recap here:

It's all about investing in a company and receiving dividends... similar to the "congressional checks" opportunity that was teased a while back... nothing that special.

Dividends are a company's earnings distributed to its shareholders.

The way to collect them isn't just to add your name to some list like Jason Williams tells us. What you have to do is actually invest in the company by purchasing shares of the company. This is just normal stock purchasing here, which can easily be done online through various brokerage accounts.

And don't expect to be making boatloads of money.

How Much Money Can You Make?

The amount of dividends you'll be able to collect via "farm cash" will be directly dependent on the amount of money you invest.

For example, you'll obviously get paid more if you have 10 shares of a company than having only 1 share.

But how much money can you actually expect to earn?

Let's take a look at some numbers. In an article from The Motley Fool that was published in August of 2020, here are your best US agriculture stocks that pay out dividends...

Some of these stocks have decent dividend yields, but this certainly isn't anything to write home about.

Does Jason Williams have another trick up his sleeves? If you buy into his newsletter service and get his "free" report does he recommend specific investments in this space that I'm missing here?

Well, I don't know for sure, but it seems to me that this whole "farm cash" thing is just another overly-hyped marketing pitch that will probably lead to a lot of disappointed customers.

Hopefully this review has helped clear the air with what's really going on here. As always, you have to take what's said in promotional presentations like this with a grain of salt... and always due your own due-diligence.

And as always, let us know what you think of all this. Are you going to try to start collecting "farm cash"?