The Big “Congressional Checks” Scam – Did You Avoid It? 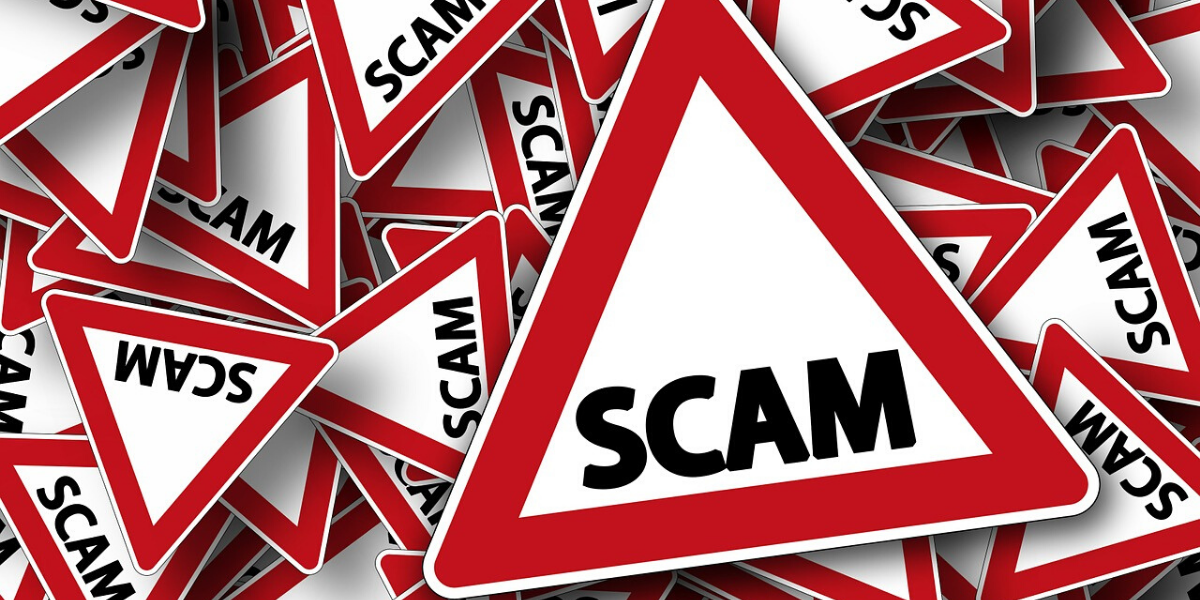 A few years back, there was a massive scam that made its way around the internet, misleading investors to buy into an opportunity that they soon found out was nothing like they were led to believe. This opportunity, which turned out to be widely labeled as a scam, was labeled “Congressional Checks”.

It was promoted, in a nutshell, as a way to collect checks over an over again, and people were led to believe that all they had to do was add their name to some list. And according to the teasers, there was $1.17 trillion that people would be collecting via these checks… 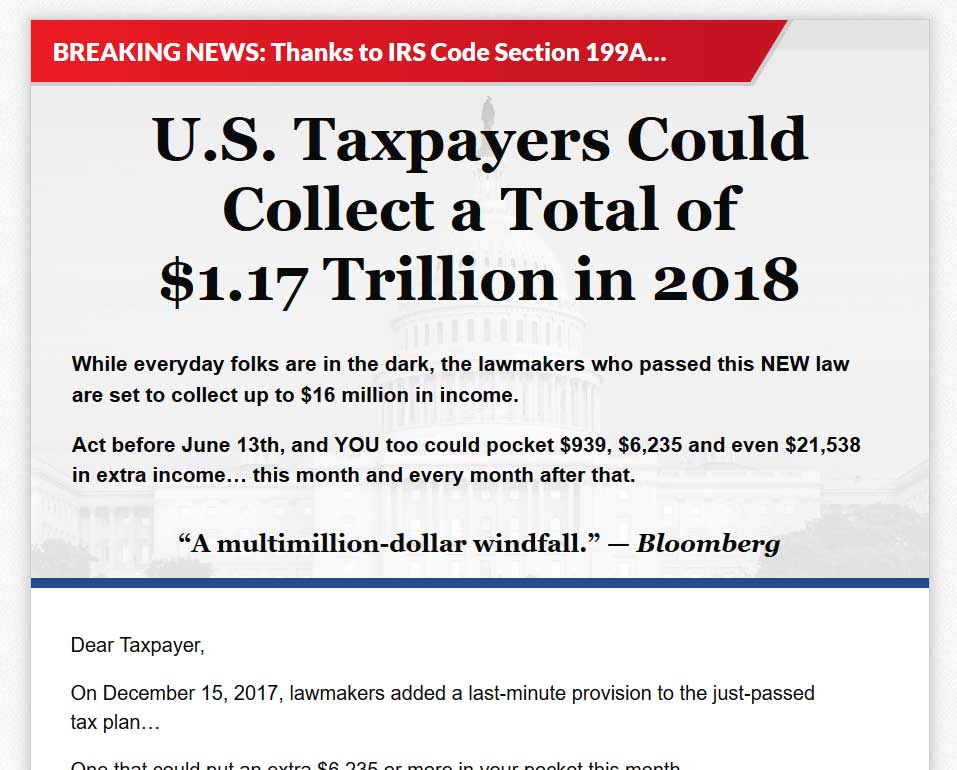 The catch was that, before anyone could find out how to actually collect these checks, they first had to sign up for an investment advisory service called Lifetime Income Report, which is published by the Agora Financial company, which by the way has an absolutely horrible reputation and the BBB even put out an alert on this company because of the loads of complaints they have been receiving.

Why People Felt They’d Been Scammed

As mentioned, people were led to believe that they could somehow just add their name to a list to begin collecting these checks, which is obviously too good to be true.

The reality was that this opportunity was really just a stock investment opportunity. And the checks that they were talking about were dividend checks that people would be able to collect if they invested in the teased company.

Not exactly the guaranteed income stream you would think after watching the misleading teaser video.

In the teaser presentation IRS code section 199A kept getting mentioned, because supposedly it was this law that was allowing Americans to collect this easy cash.

This IRS code is a tax code, and it appears that what Zachary Scheidt (the guy in the presentation) is teasing here is how certain companies will become more profitable from it. And then, of course, if you do invest, you could stand a chance to make decent profits.

But the entire thing was blown way out of proportion. It was 5% truth wrapped up in a presentation made of 95% misleading BS. And it is for this reason that the FTC came down hard on Agora Financial, the company behind the promotion, and sued them.

They were able to get away with this presentation for quite a long time, but eventually the loads of complaints that were being filed through different agencies caught up to them and the FTC decided to show them who’s boss.

The FTC sued Agora Financial in 2019, stating that what they were doing “tricks seniors into buying books, newsletters, and other publications”.

Not only had the FTC sued Agora Financial in this case, but they also sued another company that was promoting some misleading natural cure to diabetes… which was related to Agora Financial because both companies are part of the much larger parent company, called simply The Agora.

There are lots of investment opportunities out there that are incredibly misleading, and they usually prey on older people. These opportunities are often promoted as a way to help investors out, but really they are just ways to swindle people into buying subscriptions that they don’t need nor want.

We’re trying to help protect the public here, but doing your own due diligence is important.