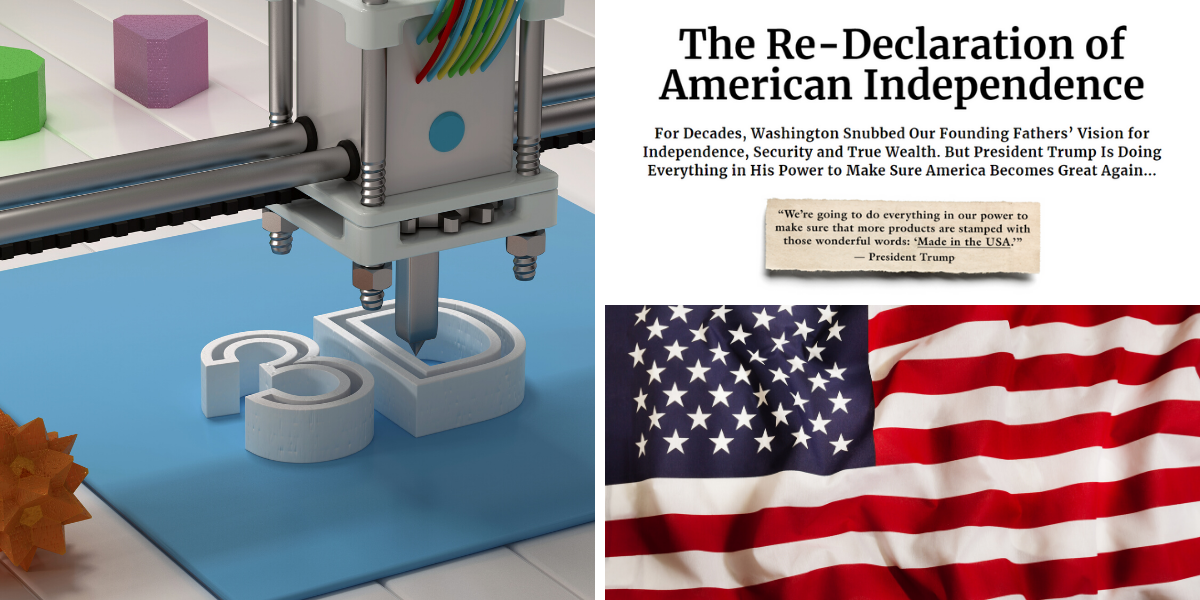 Banyan Hill's Jeff Yastine has been teasing what he calls the "Re-Declaration of American Independence" quite a bit lately... and claims that there is one particular stock that is "positioned to reap the biggest rewards" from this movement.

If you're looking for more information on what he's talking about here and the stock he's teasing, then you are in the right place. In this quick review I'll be going over what this "Re-Declaration of American Independence" is, the stock he thinks investors could make a fortune with, and more.

There have been a couple different teasers that I came across, and there are likely more floating around the internet out there...

Jeff Yastine's presentation starts off with him talking briefly of the glory days of the US and how the nation is currently "under siege". He talks about how we are losing our independence and how politicians and business leaders have turned their backs on the founding fathers and are making the nation too dependent on other countries... most notably too dependent on China.

He then goes on to talk about Trump's mission to bring manufacturing back into the US... and it is this that he's calling the "Re-Declaration of American Independence".

Not only has bringing manufacturing back into the US been a long-time goal of Trump, but the whole coronavirus pandemic is already acting as a catalyst to help jump-start this movement even more. With this pandemic we (the US) saw major medical supplies shortages because of just about everything being manufactured oversees.

It doesn't matter your political affiliation; it's more obvious than ever that the US needs to bring back more manufacturing in case situations like this arise again, which are pretty-much inevitable.

The industry leading the "Re-Declaration of American Independence" is 3D printing..

When it comes to traditional manufacturing with lots of manual labor the US can't really compete with countries like China. It's just too expensive. However, with 3D printing it is becoming more economical to manufacture right here in the US.

Yastine, who is someone that loves to hype up these sorts of teasers as much as possible, and of course shows us a bunch of charts of 3D printing companies that have seen explosive gains in the past, such as Stratasys and 3D Systems here... 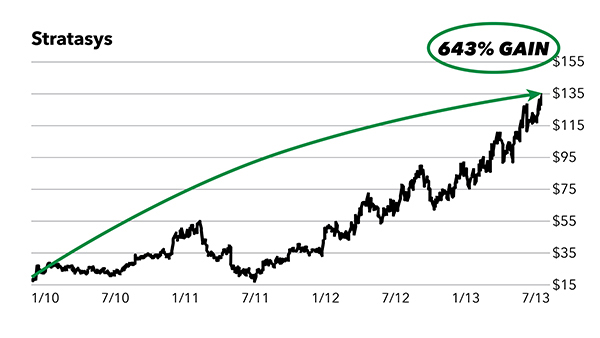 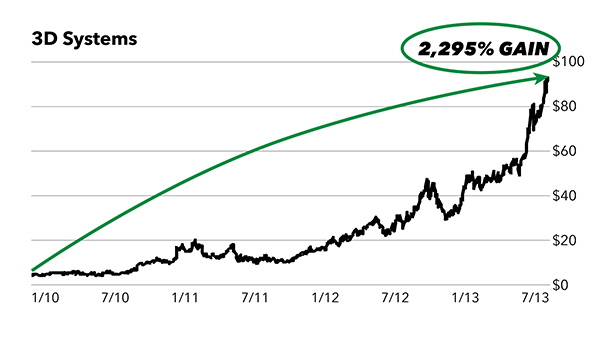 However, he claims that there is "one company could soon become the biggest stock market winner of the past century"... and that "the company I’m going to tell you about today could make all of these examples look like child’s play".

These are quite the bold statements being made by Yastine here... and he goes on to say that this company is:

If you made it through the long-winded presentation without falling asleep then you already know it cumulates into a sales pitch.

In order to get more information on the stock Yastine is teasing you will need a copy of his "free" report, titled The Re-Declaration of American Independence: How to Profit From the New Manufacturing Boom... 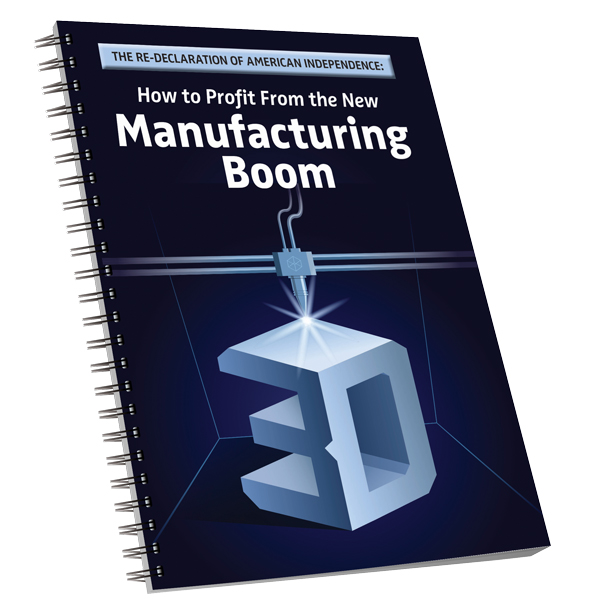 How do you get his "free" report?

Well, you have to pay for it of course! (well, normally you would. I'll be exposing his stock pick in a bit so that you don't have to)

In order to get the "free" report you first have to buy a subscription to Total Wealth Insider, which costs $47 per year for the cheapest membership option.

I'm not going to get into it much, but Total Wealth Insider is a follow-along style investment advisory service that provides subscribers with stock recommendations on a monthly basis, as well as with market analysis and whatnot.

Jeff Yastine, the guy who is also behind the "Q Shares" and "The Hypernet" teasers that we've exposed here at Green Bull Research, is an investment expert who works for Banyan Hill Publishing, where he runs several different investment advisory services.

Before joining Banyan Hill in 2015 and getting into the investment newsletter business, Yasine was a financial journalist, and a very successful one. He was actually nominated for an Emmy while working on PBS's Nightly Business Report (where he worked over a decade) and has met and talked to investors like Warren Buffet and Richard Branson.

He has also had some good success predicting trends, such as how he warned about the real-estate crisis in the mid-2000's and the dot-com bubble.

However, it's also worth mentioning that he is teasing new stock picks all the time as the greatest he's ever seen, hyping the heck out of them, and he could probably be making better picks if he wasn't spending half his time making all these teaser presentations for marketing.

Okay, so let's piece this puzzle together. Some of the clues we were told about this 3D printing stock include:

That's really not all that much to go off of, but luckily this same stock has been teased by Paul Mampilly (also works for Banyan Hill) in the past and this helped me figure things out.

The company being teased here is 3D Systems (DDD), which is a 3D printer manufacturer headquartered in South Carolina.

All of the clues given match up:

3D Systems it is!

There are mixed opinions on it and definitely some proponents for buying this stock... but don't expect the massive gains that Yastine is teasing.

The price forecasts from most analysts don't look all that great, such as that from CNN Business.

The stock hasn't really don't all that much over the years. It's had it's ups and downs, but even back in 2015 and in 2017 it was trading for over twice the price it is now, at $20+, not to mention the company's revenue has been pretty stagnant over the years as well.

That said, of course Yastine is predicting some big changes from this "Re-Declaration of American Independence" movement... and it is true that the company is positioned well in the 3D printing industry.

It could be a good buy, but you certainly can't fall for the hype trap Yastine is pitching. Remember, he's selling memberships here and much of what he says is just speculation.

I hope this quick review has provided some value to you. Thanks for stopping by and be sure to let us know what you think about his pick in the comment section below. We like to hear back from our readers!