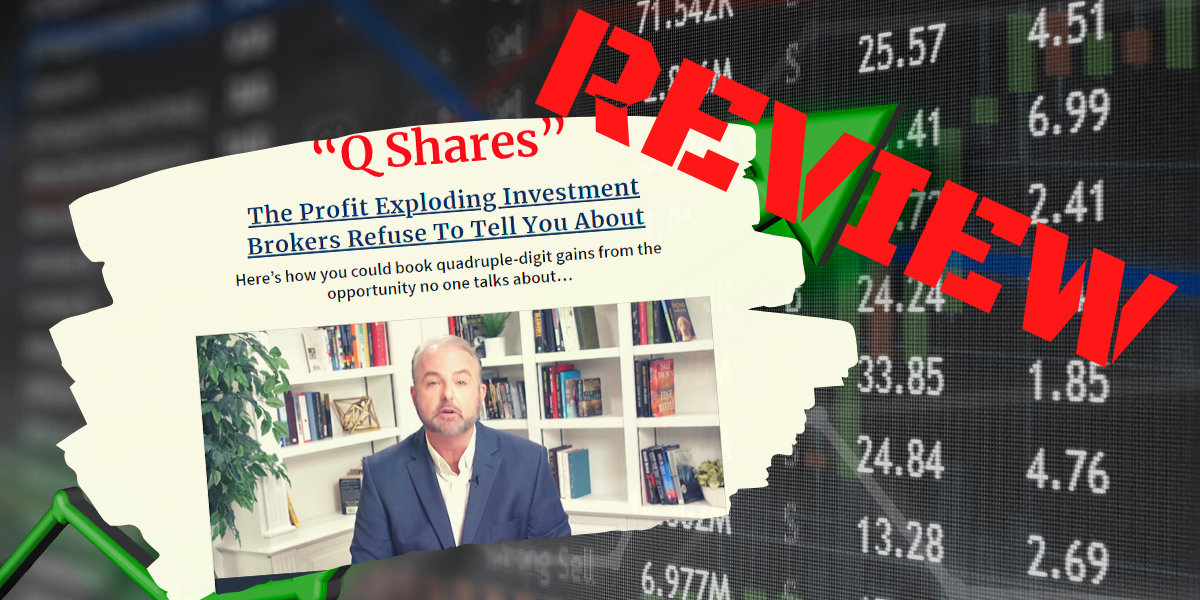 Are the "Q Shares" that Jeff Yastine is teasing really that great? Are they really "Wall Street's Best Kept Secret" and can they really make you up to 27 times more than investing in regular shares?

Is this opportunity legit, or... is this all a scam in one way or another that you would be better off avoiding?

In this quick review we'll be going over what "Q Shares" really are, some lies we are told, what Yastine's "No. 1 company" is that he's teasing and more.

*Spoiler Alert: Q Shares aren't as amazing as he teases them to be, and neither is his "no. 1 company".

You've probably come across the video presentation by Jeff Yastine, which claims that Wall Street as well as brokers want to keep these "Q Shares" a secret. 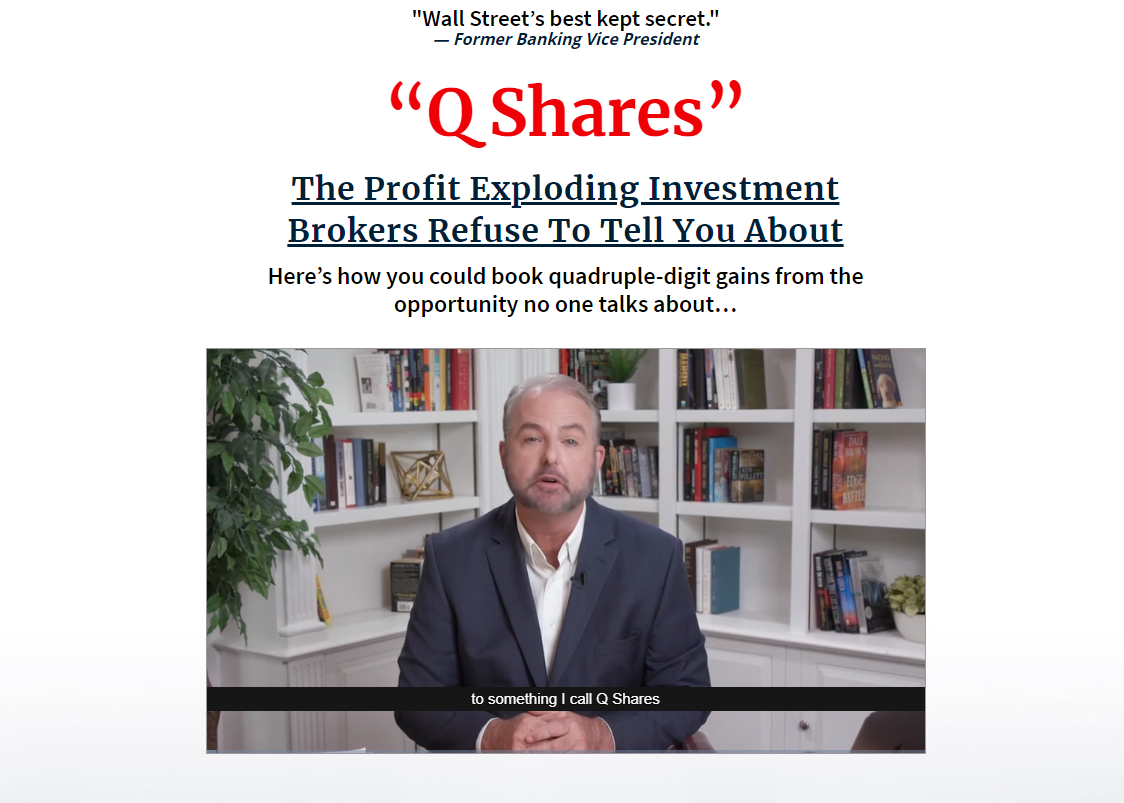 What we are told is that these are a different class of share, and that you can "upgrade" from regular shares of a company into these "Q Shares" to potentially earn up to 27 times more money.

He even goes on to show us how much more an investor could earn with Q-Shares vs regular shares... 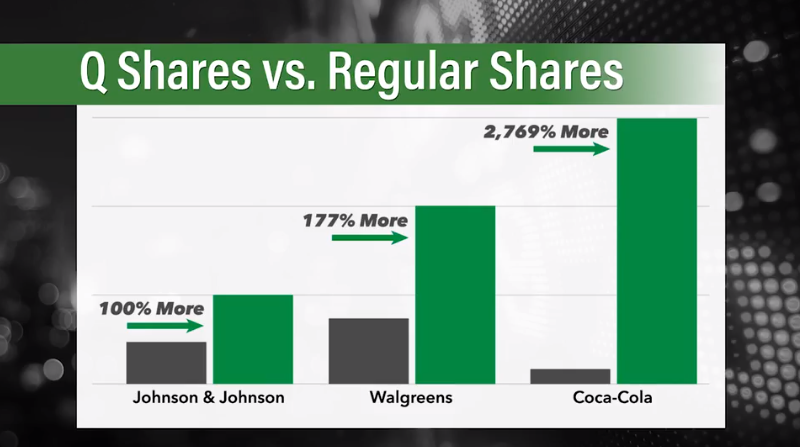 According to Yastine, there are nearly 1,000 companies that are offering these "supercharged" shares. And of course if you do want to invest this opportunity then you are going to "want to do it as soon as possible".

Sounds pretty good and all... but it also makes me a bit suspicious and sounds a little too good to be true.

We are also told that all it takes is a few minutes and a few clicks of your computer mouse. How could this get any easier? By the way he makes it sound it seems you are guaranteed to make money.

But hold on just a second!

Besides the fact that the presentation sounds too easy and too good to be true, it's also pretty concerning that we are shown a bunch of FAKE testimonials.

That's right, all of the people we were shown in the presentation that have supposedly been making tons of money with this investment opportunity are all fake, or at least their pictures are. 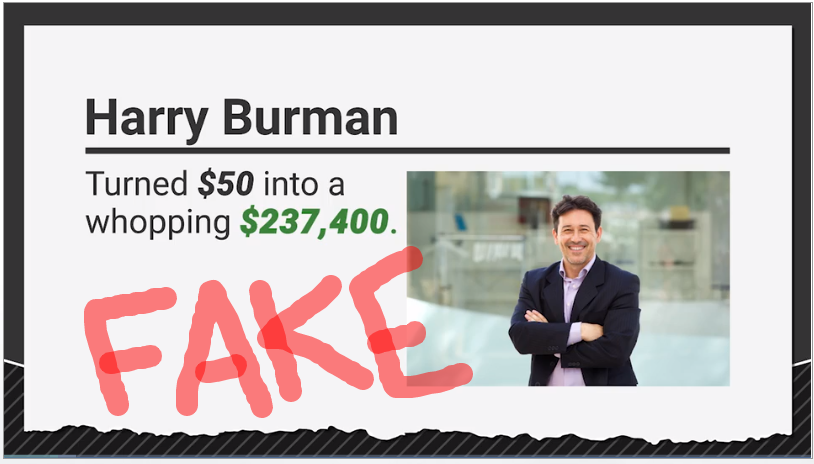 The image shown is actually just a stock photo that anyone can purchase online, which I was able to find searching around Google... meaning that it is not really "Harry Burman", if the guy even exists... 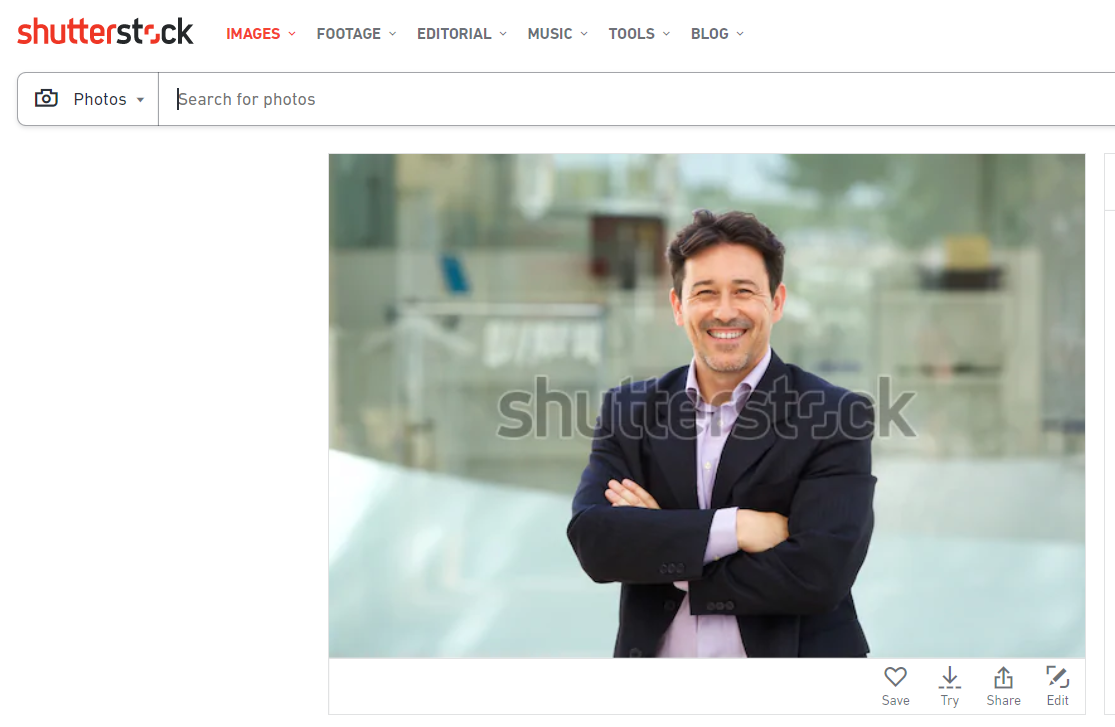 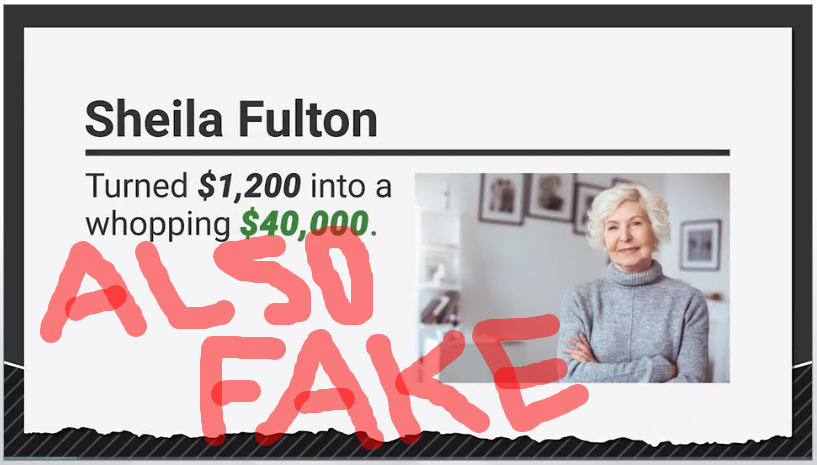 Again, you can see it is available for purchase as a stock photo... 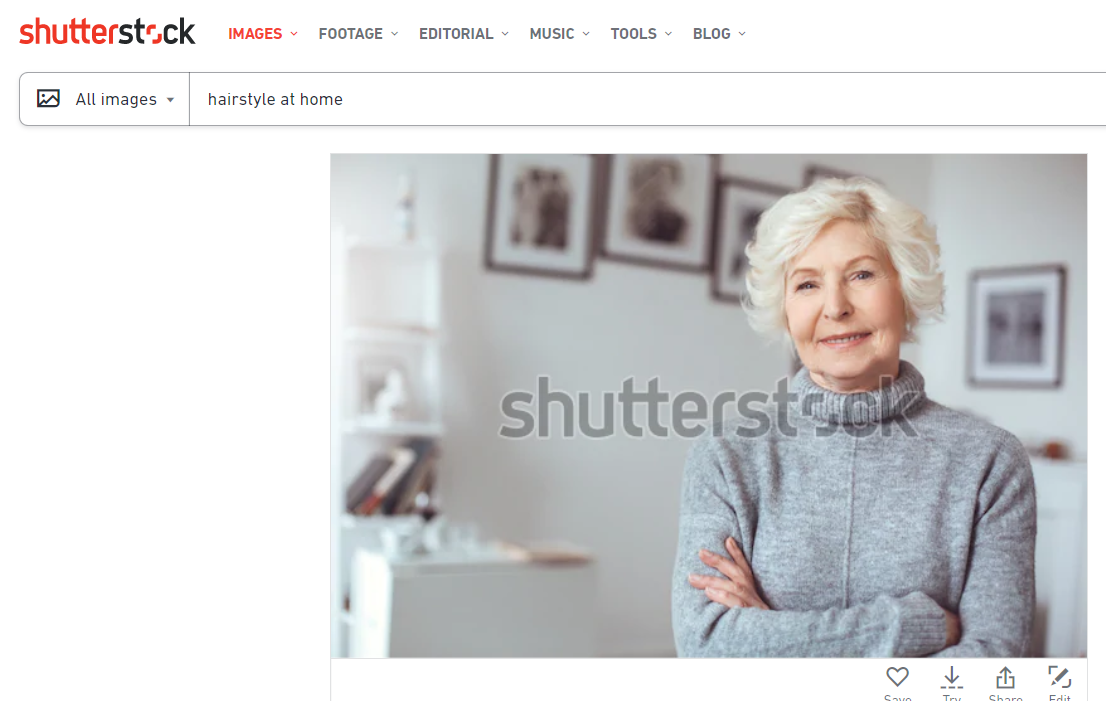 The same goes for Mike & Theresa Brooks, who we were told were actually featured on the news... 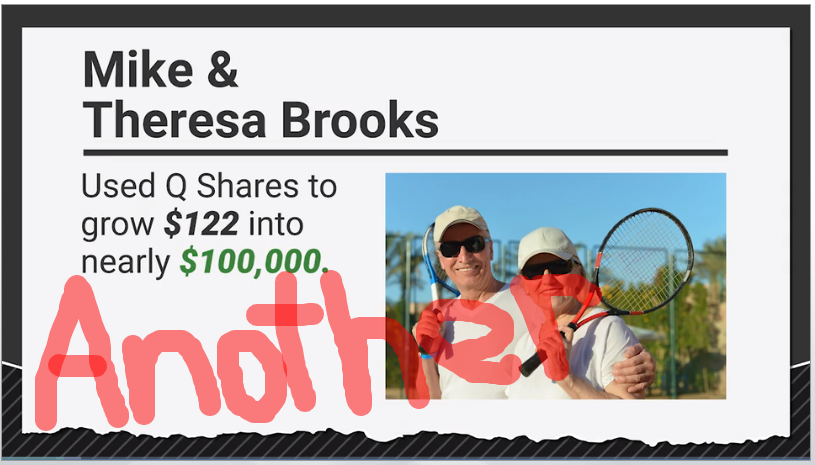 Here is the stock photo used above... 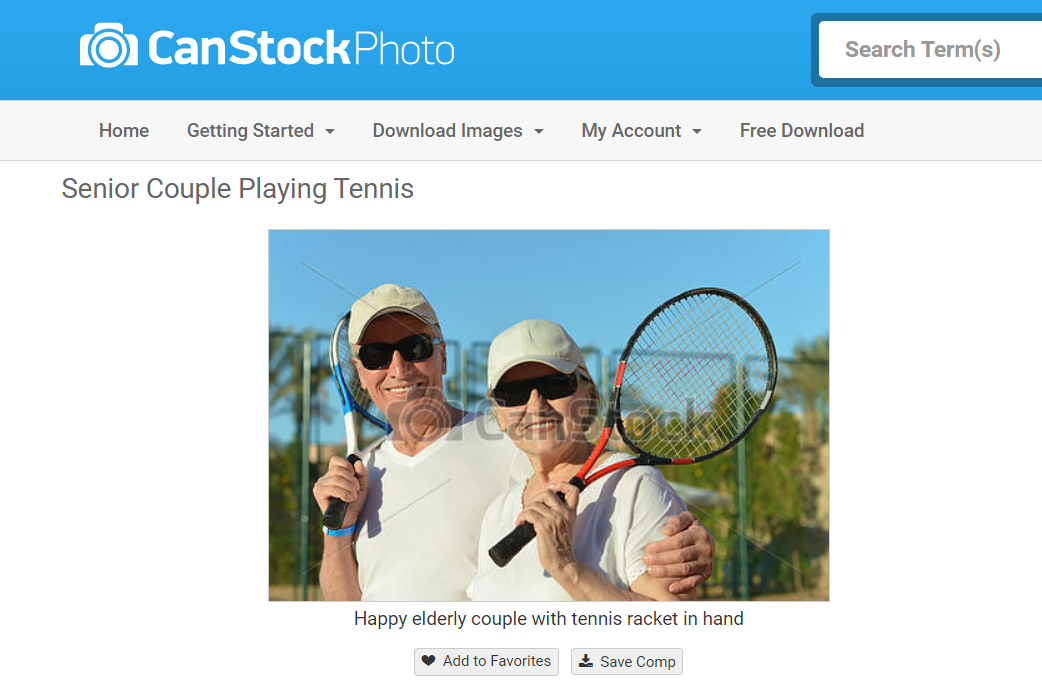 In the presentation we were also shown a bunch more testimonials... all seem to be fake.

At one point in the presentation, Jeff has an intern of his, named "Tom", buy Q shares for the first time. As was shown, it's easy to do and only takes a few minutes... but this is incredibly misleading.

Of course it's easy to invest... BUT IT'S ALSO EASY TO INVEST IN BAD COMPANIES AND LOSE MONEY! 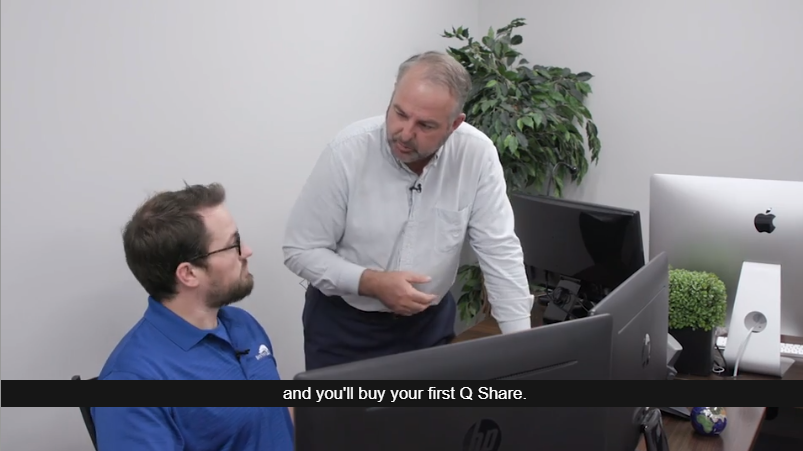 It's all a sales pitch

So how do you get in on this "Q Shares" opportunity?

Well, Jeff Yastine claims to have found "the company with the best Q shares", and says it took 52 weeks for him and his team to find this incredible opportunity.

This investment opportunity he is calling the "No. 1 Q Share Company".

How do you find out more? He is giving away a "free" report called Q Shares: The Perfect Investment, which goes over all the details about his company and also provides a list of the near-1,000 companies that offer them... 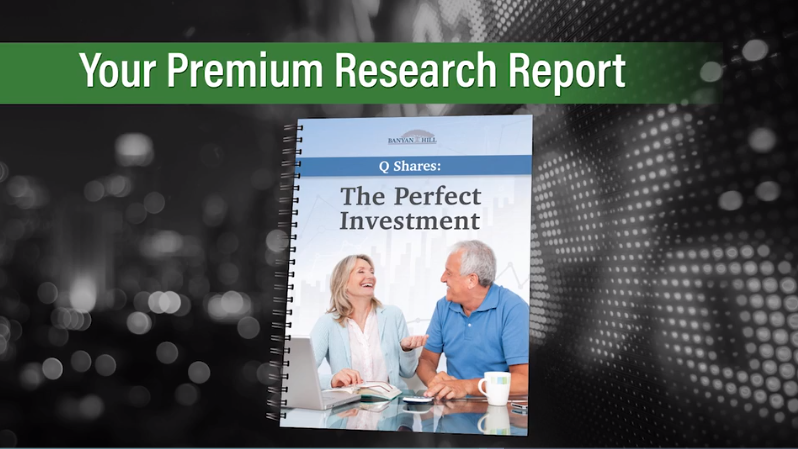 BUT... in order to get this "free" report you first have to subscribe to his PAID newsletter advisory service called Total Wealth Insider.

Total Wealth Insider is an investment advisory service that is run by Jeff Yastine and provides, in a nutshell:

*Important: When you buy into Total Wealth Insider you are also subscribed to another newsletter service automatically, called "Automatic Fortunes". This is given as a free trial for 3 months and then you will be charged. Don't forget about this!

So anyways... the Q-Share opportunity sounds too good to be true, we are shown fake testimonials, the presentation is misleading, and it all turns out to be a sales pitch.

What are Q shares really and what's the company Yastine is teasing here? Let's find out...

What Are "Q Shares" Really?

The name is made-up by Jeff Yastine, mainly for marketing purposes it seems. He puts out teasers with made-up words and terms regularly, such as his "the hypernet" teaser I recently reviewed as well as "Kennedy Accounts".

What he's actually referring to here are what's called DRIP and DSPP investments.

DRIPs, or Dividend Reinvestment Plans, are dividend payment plans where earnings are reinvested to purchase more stock rather than paid out to the shareholders, which creates compounding income. And DSPPs, or Direct Stock Purchase Plans, are when investors can buy stocks directly from a company rather than having to go through a broker.

What are the benefits? Well, they're pretty obvious:

And why these opportunities aren't well known I'll be going over shortly, but let's first talk about who this Jeff Yastine guy is.

Jeff Yastine is an editor at Banyan Hill Publishing, which is who publishes his Total Wealth Insider newsletter that he is selling here. He also is the co-editor and contributor to other advisory newsletters.

Now it may be difficult to look past some of his misleading and ridiculous sales pitches, but if you are able to you will be able to see that he actually is quite the expert in market news/analysis. He has been featured on media such as Fox Business News, Nightly Business Report, and Business Week for his expertise - and he has been quoted in places like Forbes and Barron's.

He also has a decent track record when it comes to predicting disaster, such as having warned people about the mid-2,000's real estate crisis and the dot-com bubble.

The Reason You May Have Not Heard of Them

Jeff Yastine actually mentions it vaguely in the video and isn't fibbing here. The reason is because the SEC made it a law that companies cannot market these investment opportunities to non-shareholders. DRIPs have actually been around since the 1960's, but this law has made them largely unknown to the general public.

Additionally, with DSPPs brokers aren't likely to tell investors about them either because they eliminate the middle-man, which is the need for a broker.

*Note: He also mentions 2 other companies that have good opportunities in this area, but there isn't enough information given out about them to try to figure out what he's talking about so we'll just expose his "No. 1" company.

Some of the clues about this company include that it...

So what is it?

All of the clues given point to a company called Simulations Plus (SLP), who develops various softwares for the medical industry that utilize AI.

Simulations Plus (SLP) it is!

However, based on the information I can find, it seems that the company might not offer a way to invest directly in them, so you might still have to go through a broker. But who knows, I'm not sure what procedure Yastine has in his report.

Is It Really That Good of an Investment?

12-month price predictions for SLP are good, based on what CNN analysts forecast, and the company is in a good position to grow. However, the valuation for this company is already high and the dividends are low... so the compounding isn't going to produce all that much.

Yastine teases large numbers and leads viewers to believe that they are going to strike it rich with this opportunity... but you have to remember this is all a sales pitch.

I hope you found this review helpful, and, if so, please share it to help spread the word!