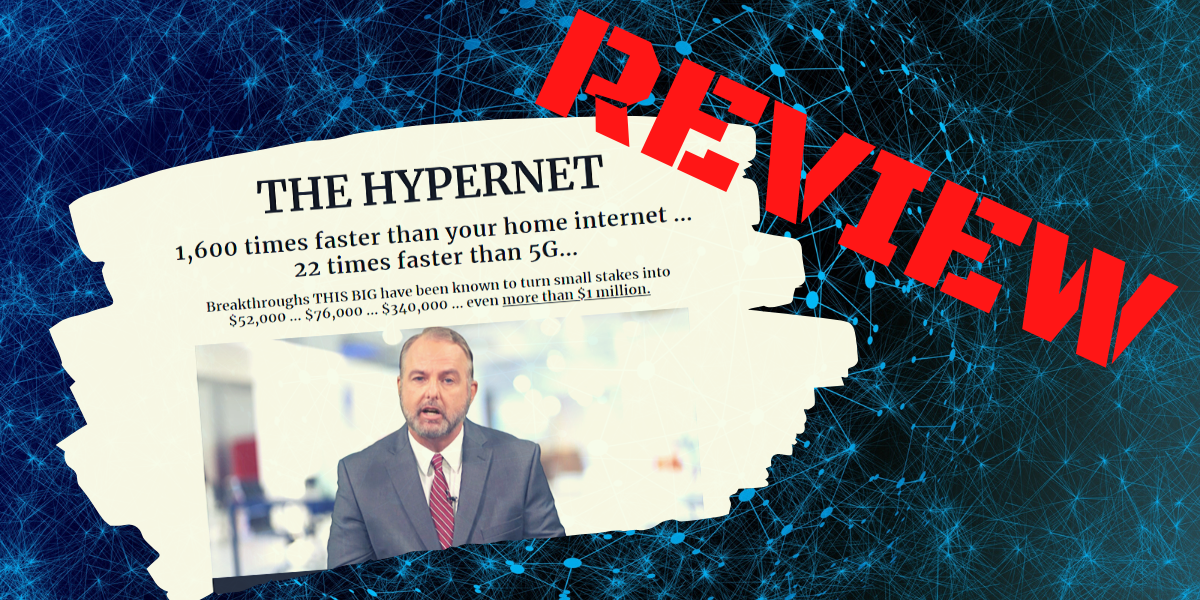 What is Jeff Yastine's "The Hypernet" teaser all about, and is this really the amazing investment opportunity he claims it to be? Can you really potentially turn a small stake into as much as $1 million?

In this short review we'll be going over what "The Hypernet" actually is as well as the company he is teasing.

*Spoiler Alert: This is definitely not the incredible opportunity he teases it to be.

You've probably seen the presentation online. If you did you would not forget it. It drags on for nearly an hour and basically just provides a bunch of vague information with a sales pitch at the end. 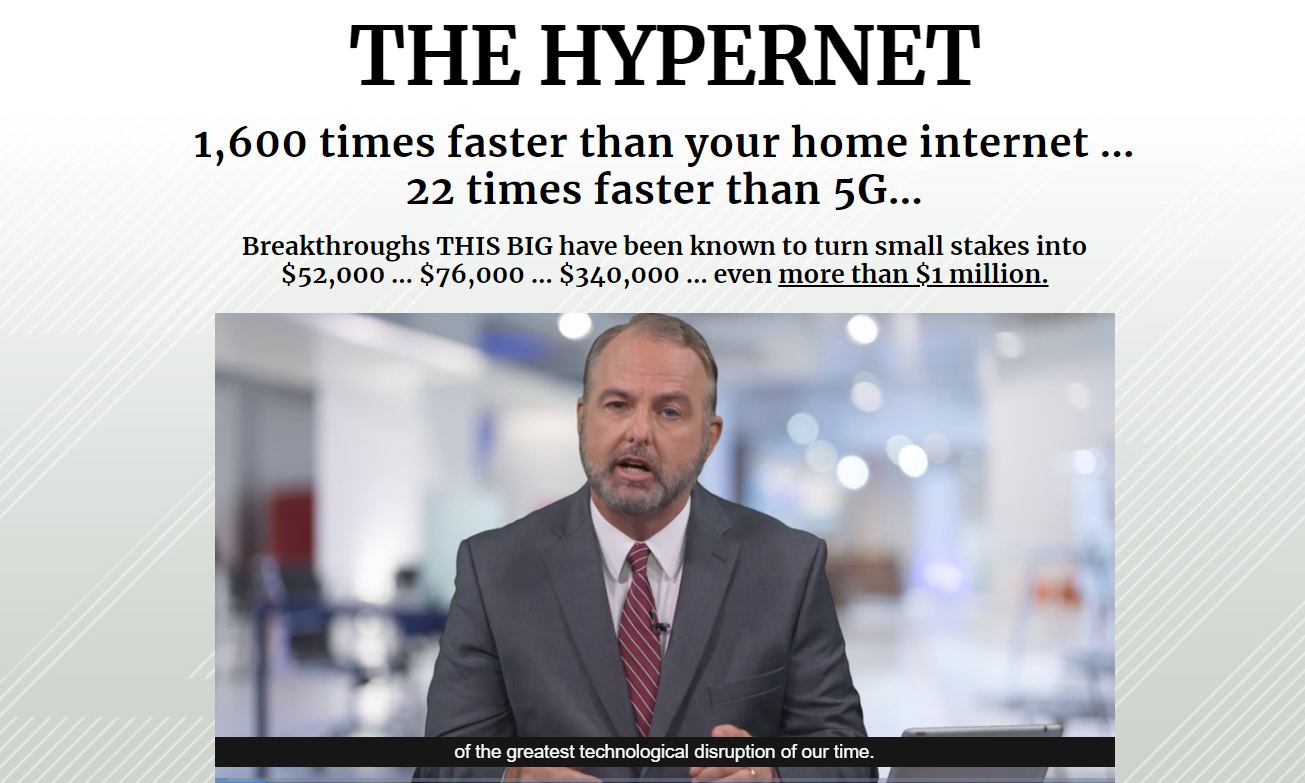 Some of what we are told in the presentation includes:

And of course he has identified the perfect investment opportunity to capitalize on this upcoming tech revolution, claiming that it is "the perfect way for you to multiply your money 10 times over", and that this one small company is at the forefront of the $48 trillion windfall.

In the presentation we are then shown price charts for stocks like Microsoft... hinting that early investors in this "little-known company" he is teasing could produce similar results (very far-fetched, as you will see). 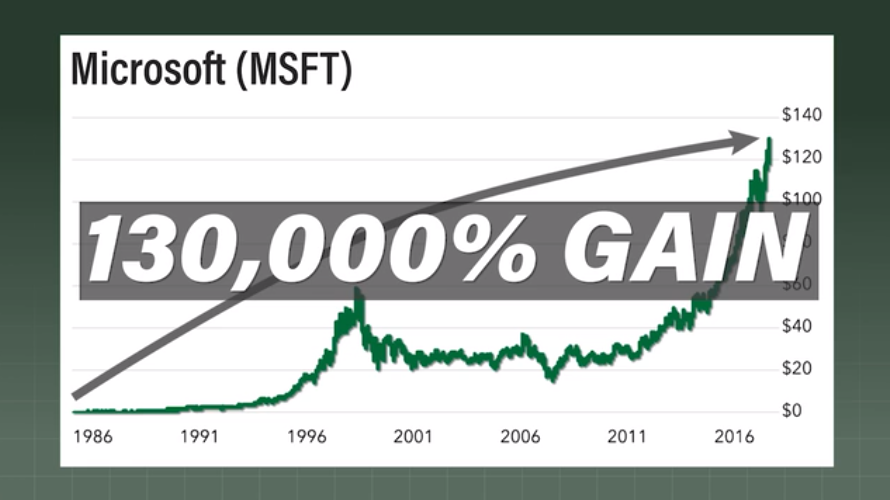 Yastine goes on to claim that "even a small investment in the right company... could generate as much as $1 million".

And that "you could make an absolute fortune from this one stock, if you get in now".

Okay, got it... This stock is set to explode and I have to buy in right now. How do I get more information?

All of the information about the company he is teasing along with more info on "the hypernet" technology is included in a special report titled HYPERNET FORTUNES: Make 10 Times Your Money From the Fastest Technology in History... 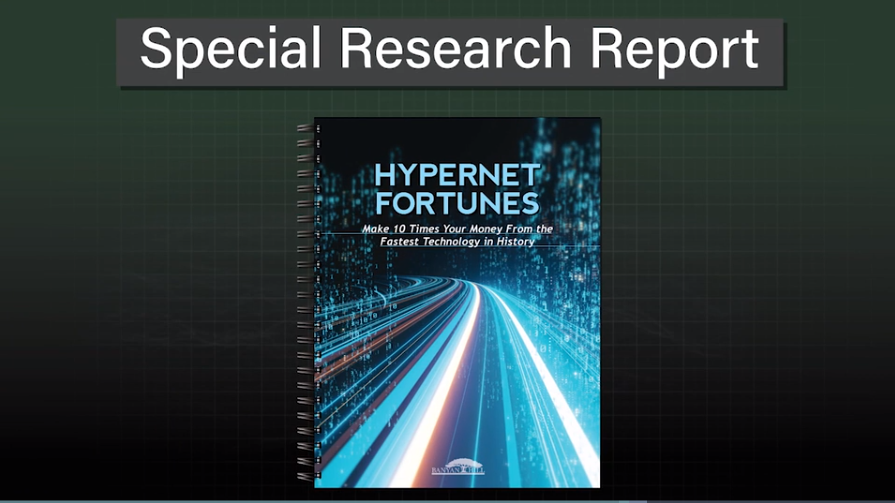 Unfortunately, if you were able to sit through the entire presentation then you know it turns out in the end to be a sales pitch.

In order to get Jeff's special report and actually find out what this company is, you first have to subscribe to Total Wealth Insider, which is an entry-level investment advisory service that costs $47 for the most basic subscription.

That's how the "The Secret to 10X Wealth" teaser worked as well as others like "Kennedy Accounts". 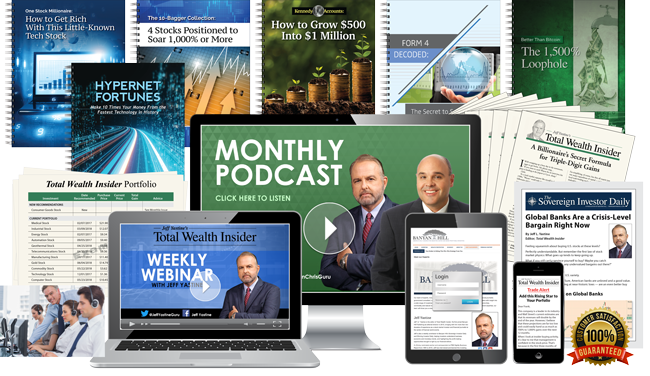 With this service you get all the special reports he was teasing, but the core of the service includes:

*Important Note: When you subscribe to Total Wealth Insider you also get signed up for Ian King's Automatic Fortunes newsletter service. You get a free 3-month trial, but then will be charged $97/yr after that. Don't forget about this!

What Is "The Hypernet" Really?

What Yastine is really talking about when he says "the hypernet" is what has been coined as "LiFi".

LiFi is a communication technology that uses light to transmit data rather than radio waves, and this allows for much more data to be transmitted... and faster.

It's still in very early stages of development, but does have big potential in the future.

However, it is far from being the internet killer that Jeff teases it as. There are still some big hurdles holding it back. For one, light waves won't be very good for transmitting data on a foggy day, and even a curtain will be able to block signals, which poses a similar problem to that of 5G - this can't pass through walls.

From what I've gathered, and from what makes the most sense to me, is that LiFi isn't going to take over the internet, but will simply be used alongside WiFi as a companion.

For a short video on how LiFi works, here you go:

Jeff Yastine is an editor at Banyan Hill publishing, which is a investment advisory firm that publishes various newsletter advisory services. Jeff edits Total Wealth Insider and is the co-editor of Profit Line, and contributes to some other publications as well.

Besides his over-the-top sales pitches and teasers, Jeff is well respected when it comes to his expertise, which is the reason he's been featured on media such as Fox News - and before coming to Banyan Hill was a correspondent on PBS Nightly Business Report.

Jeff has interviewed top investors like Warren Buffet and Richard Branson, and is the type of person you'd want to give you investment advice. After all, during the real-estate crisis of the 2000's Jeff was warning investors, along with the dot-com bubble.

The Stock Being Teased Here

Throughout the presentation we are given small hints as to what this company is. And NO, it's not some "tiny unknown" company like he teases it as being. After all, how can a company that "is already responsible for nearly all communications in the world today" be "tiny" and unknown?

It's not, and some the hints we are given include:

So what's the company?

All of the information given points to Qualcomm (QCOM), the telecommunication equipment and semiconductor company.

So now you know the company being teased, and therefore don't have to buy into the Total Wealth Insider subscription just to find out.

Is It Really Going to 10X Your Money?

Jeff Yasine throws one heck of a teaser, and this is largely based on exaggerated predictions that aren't backed by much hard evidence.

For example, in the teaser presentation we were shown a chart for Microsoft that's price has increased over 130,000% since it's early days... and this is used to give us the hint that this new opportunity could be similar.

However, if you think that QCOM is going to explode in price like this then there is a good chance you will be sorely disappointed.

First off, as mentioned, this new LiFi technology is still in it's very early stages and has some big limitations. Sure, getting in early before an opportunity goes mainstream is what everyone wants, but there is certainly no guarantee things will pan out like Yastine leads us to believe.

Furthermore, QCOM already has a market cap of about $70 billion. It will take a heck of a lot to send this stock soaring like Yastine predicts.

On top of that, you can find the latest 12-month price predictions for QCOM at CNN Business... which are nowhere near the astronomical gains talked about in the teaser.

So, there you have it.

I hope you found this review helpful. And, if so, please share it to help spread the word. Also, leave any comments/questions below...