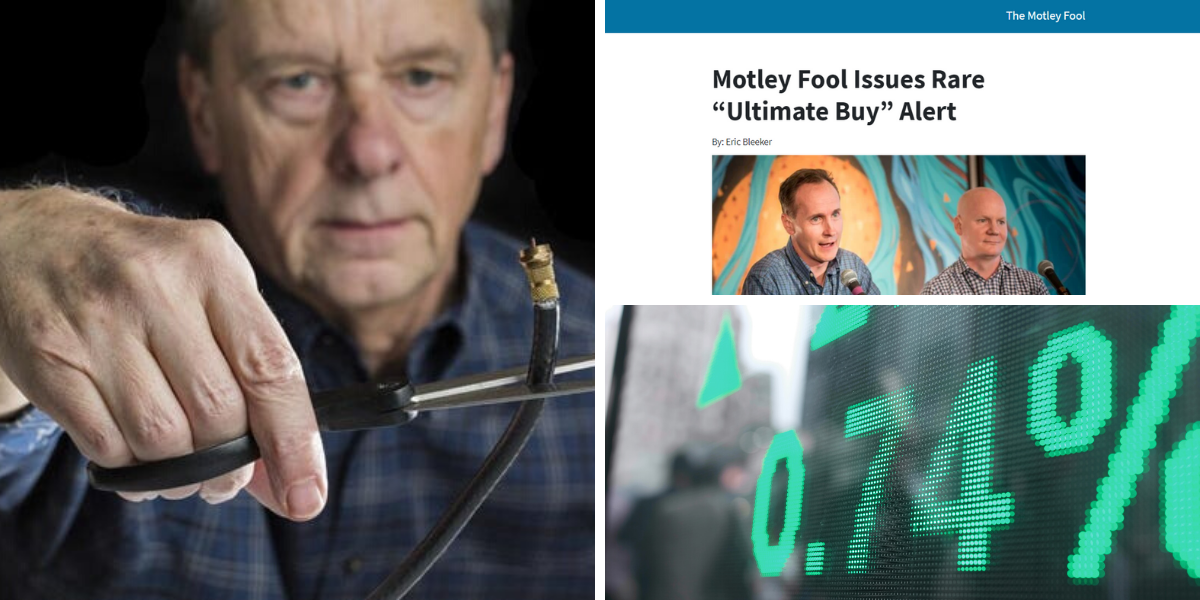 The Motley Fool has been teasing a company that they call Cable TV's "Ticking Time Bomb", but what is it and is it worth investing in?

In this quick review I'll be piecing together the puzzle and exposing the stock for free, which you'd normally have to buy a subscription of their advisory service to find out more about.

They've actually been teasing this same stock since at least 2018, and maybe earlier.

Some of the things we know are that it is in the advertising industry and isn't a competitor with Neflix, Hulu, etc., and it's said that most investors have never heard of this company, yet it is one of the rare "ultimate buy alert" stocks that The Motley Fool is recommending.

What the heck is an "ultimate buy alert"?

These "ultimate buy alerts" don't come around too often. Since Stock Advisor's 2002 inception there have only been around 25 of them issued. And the average return of these stocks has been 773%, which is pretty darn good (these statistics might be a bit outdated).

They hint that this "ticking time bomb" stock could see similar gains.

If you're familiar with Motley Fool's teasers then I'm sure you already know what's going on here.

They have a special report called "1 Stock for Cable TV's "Ticking Time Bomb", which goes over the stock being teased and why they believe it's such a good play.

How do you get this report?

Well, of course they aren't just giving away this information for free. You have to buy a subscription to their Stock Advisor service first, which is the same sales tactic they used with their #1 Pot Stock teaser (we also exposed this).

Well... normally you have to subscribe... but today I'm just going to tell you what the stock is...

Okay, so to piece this puzzle together let's go over some of what we know. The hints include:

None of those hints are really all that great, but fortunately for us this company has been teased for quite some time and the information as to its name has been leaked.

The "ticking time bomb" stock they're teasing is The Trade Desk (TTD), which is a tech company that provides a software platform allowing real time bidding (RTB) for digital ad buyers. 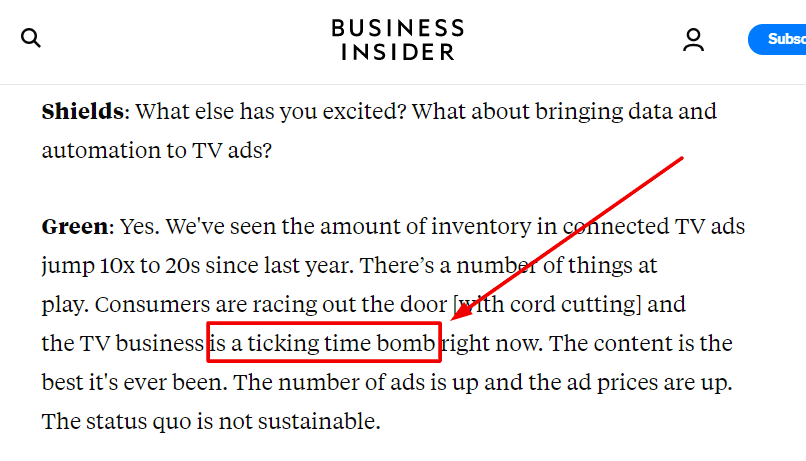 All clues point to TTD, and it makes perfect sense because The Motley Fool has been a big fan of this company for quite some time now... and has voiced this opinion many times.

It seems that people aren't quite as optimistic as they once were with this company, largely due to the recent pandemic's economic affect, but there are still many proponents... and it's still a stock that is held by a fair amount of hedge funds.

If you look at the 12-month price forecast from CNN Money the outlook isn't anything special, but The Motley Fool is all about long-term value investing when it comes to their Stock Advisor service... so they don't really care too much about the short-term future (although 12 months isn't really that short).

There's no doubt this company is positioned well in a growing industry, and that's always a good thing, but you certainly shouldn't buy into it thinking that it's going to provide a 773% return like that of the average "ultimate buy alert" stock - and besides, this statistic is misleading because of massive gains from stocks they've recommended, like Neflix for example (up over 20,000%).

Hopefully this quick review has provided some value to you. Let us know what you think about this pick in the comment section below. We're always happy to hear back from our readers!