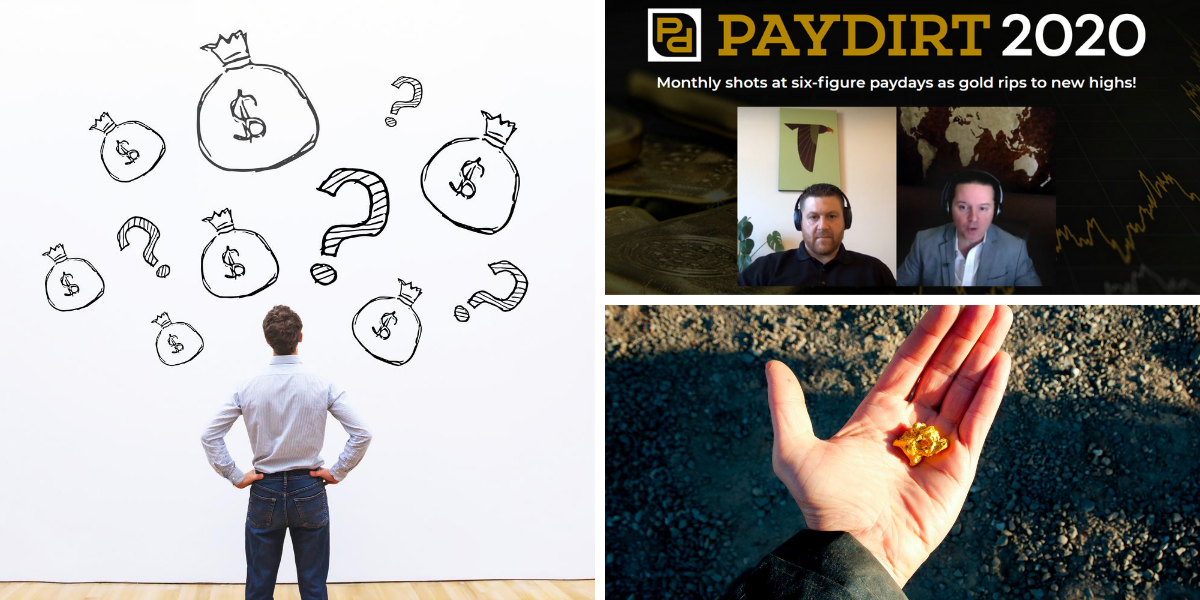 The Outsider Club has been blasting out emails about this new opportunity to invest in gold companies for big profits. They are calling it Paydirt 2020, and it all has to do with some "Paydirt Profit Cycle" as they call it.

Gerardo Del Real and Nick Hodge are the guys behind it, and Gerardo claims there is one particular gold mining company that could bring investors gains of up to 7,042%.

In this review I'll be going over what you should know about this opportunity and what's going on here.

The teaser presentation, called "Paydirt 2020" that I came across, featured both Nick and Gerardo talking to each other about how the opportunity to invest in gold has never been better. With the big 2020 election coming up and the havoc that the corona virus has caused, distrust in the financial markets is growing... and this is a big reason the price of gold has been going up. 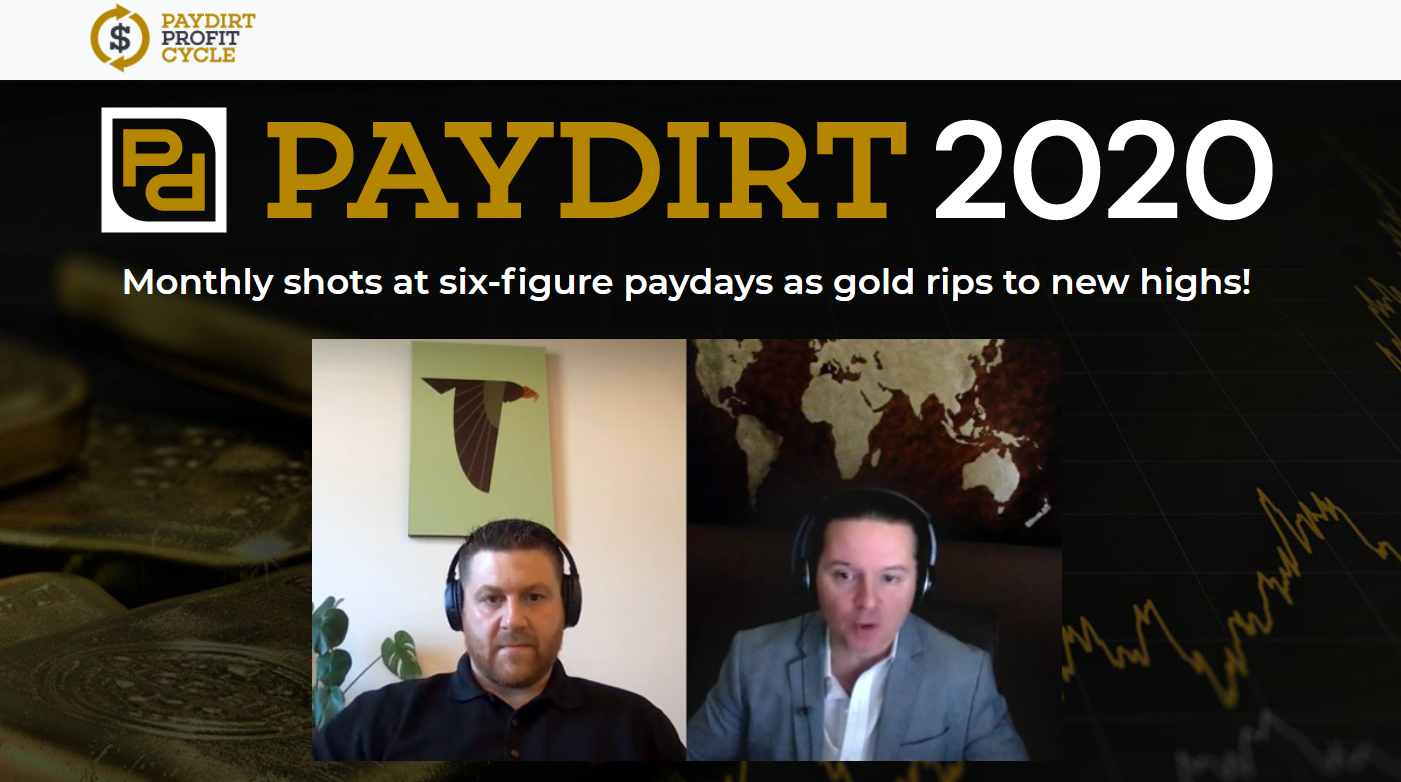 We are told that the new investment service, called Paydirt Profit Cycle, "pinpoints exactly which gold stocks will soar next, delivers new profit opportunities every single month, and sets you up to clock massive paydays of $25,000, $41,600, even $352,100."

According to Gerardo, it is a "completely new way to take advantage of the current gold bull market".

But in reality it's nothing new at all.

As was stated, you "can make an absolute fortune" if you know how to trade them, which is true.

Del Real is predicting 7,042% gains for investors who get in now.

He even goes as far as to tease the opportunity to buy a second house and a new truck with all the money that could be realized after investing in this.

As usual, the teaser information is a bit over-hyped and "too good to be true" sounding... and of course it all ends in the typical sales pitch...

How do you find out the details on the company he thinks could provide you with gains of up to 7,042%? 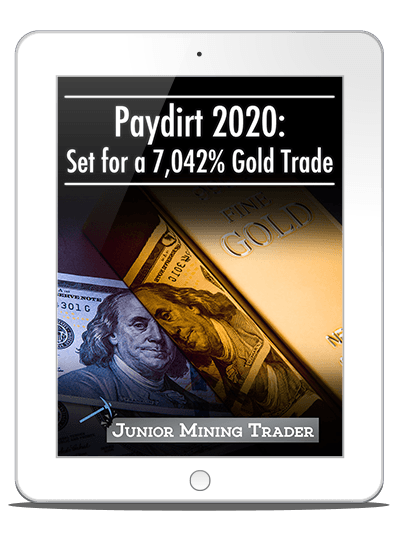 But, in order to get your hands on this report you first are going to have to become a subscriber to Gerardo Del Real's Junior Mining Trader newsletter service, in which he provides subscribers with junior mining stock recommendations on a monthly basis.

The decision is up to you, but just know that it won't be cheap. A subscription costs $1,999/yr... which is supposedly a discounted price.

The Guys Behind It

As we know, Nick Hodge and Gerardo Del Real are the two guys behind the presentation, both of whom work for the Outsider Club ...which is and independently owned investment research company that publishes investment newsletter services.

Nick Hodge is someone we've come across before from teasers such as that for his "#1 Gold Stock". He is the founder of the Outsider Club. He has co-authored more than one best-selling book, has been featured as a special guest on different media outlets for his expertise, and is often traveling all over the earth getting front-line intel for new investment opportunities.

Gerardo Del Real is a natural resources advisor and has been trusted by large institutional companies to provide advice in these sectors. Now his main job seems to be running newsletter services for the Outsider club, which of course are focused on natural resource investments. We've also come across him in the past with his "Tier 2 Gold" pitch.

*Both guys are extremely bullish on gold.

Del Real claims that identifying junior mining stocks that are poised for explosive growth is something that can be duplicated over an over again, all thanks to a cycle he has identified and named the "Paydirt Profit Cycle"... 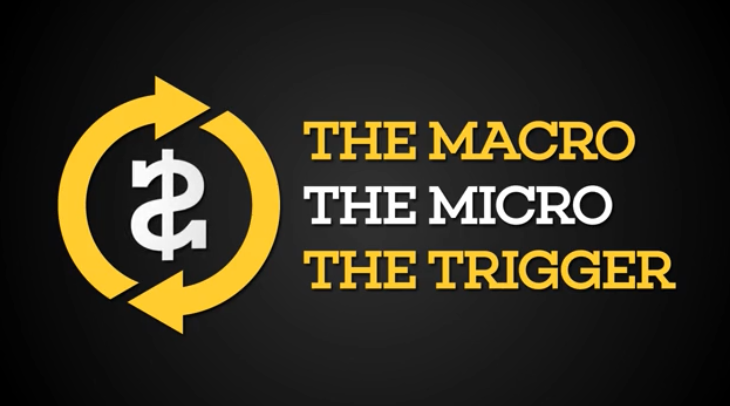 This cycle consists of The Macro, The Micro, and The Trigger...

Now this sounds good and all. I mean, if money is pouring into the space in which a company is operating, they have good financials, and there is some event that could act as a catalyst to propel them forward... it sounds like a potentially very good investment.

However, this does absolutely nothing to explain how Del Real actually identifies these companies and whatnot. After all, if a company opens a new mine that does poorly... well... then this isn't good for their stock price.

But anyways, right now he claims to have identified a company that has multiple upcoming catalysts that will likely send its share price higher... up to 7,042% higher supposedly.

This is the section where we usually take all the clues given in the teaser, piece them together, and reveal the stock being teased. However, this isn't possible because there weren't any clues given.

Unfortunately, at this time the only way to find out the stock Del Real is talking about would be to actually buy into his subscription service. That said, if I do receive any information on it I will be sure to update this review.

*If you know the stock being teased or have additional information, please leave a comment below! We will be forever grateful.

I wish this review could have provided more value to you, but hopefully it at least gave you a better idea of what's going on here.

As always, leave any questions or comments below. And be sure to let us know if you have any information on the company being teased!