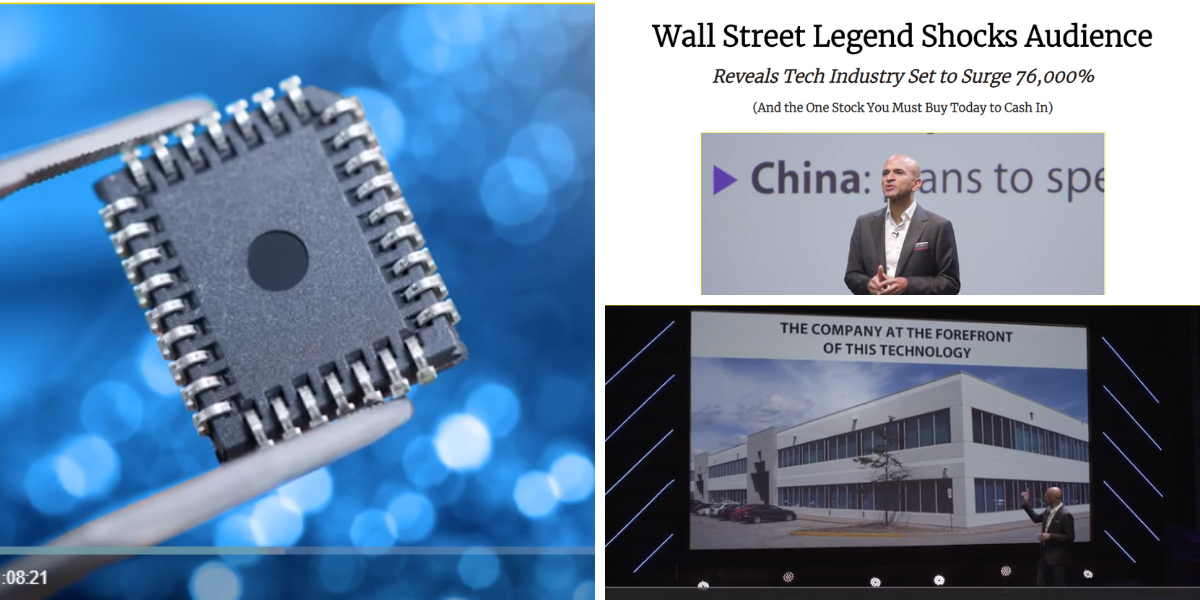 Paul Mampilly has been teasing a Midwestern company that is positioned to ride out a 76,000% surge, but what is he talking about and what's the companies name?

Normally you'd have to buy into the subscription service he's selling, but in this review I'll just be telling you for free, ticker symbol and all.

Let's begin by going over a bit about the teaser...

There might be multiple variations floating around, but this agonizingly long presentation is what I came across... 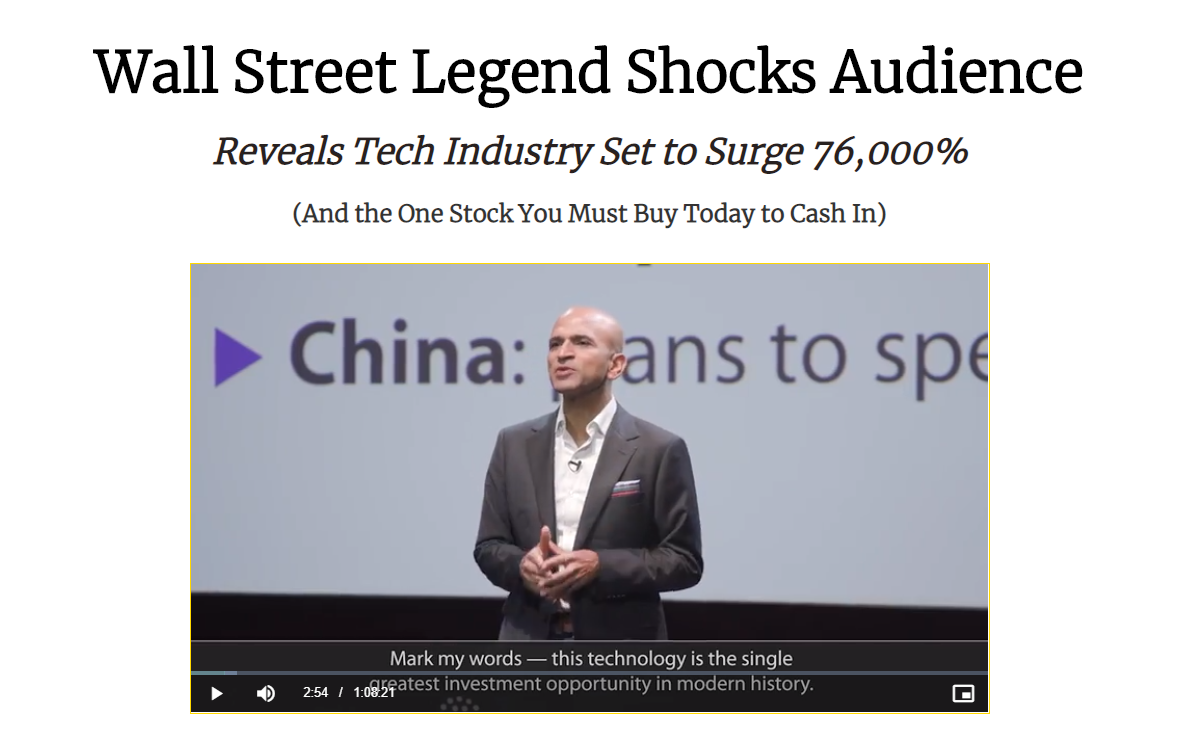 Paul Mampilly is the guy behind it all. He's an expert and editor at Banyan Hill Publishing where he runs several investment newsletter advisory services. Before all of this, he worked on Wall Street for over 25 years, managing multi-billion dollar hedge funds and large accounts for banks oversees. He certainly knows his stuff, and even won a 2008 investment competition where he turned $50 million into $88 million, which is darn impressive considering this was during the great recession. And let's not forget that Mampilly is also a great salesman, coming out with investment teasers to lure in new subscribers all the time, such as his "America 2.0" and "Nanopowder" teasers.

In this teaser he talks about how the industry around AI will "surge 76,000%" and that "this technology is the single greatest investment opportunity in modern history".

We are told that there is a "little-known Midwestern company at the forefront of it all" that "holds the KEY to the AI revolution"... 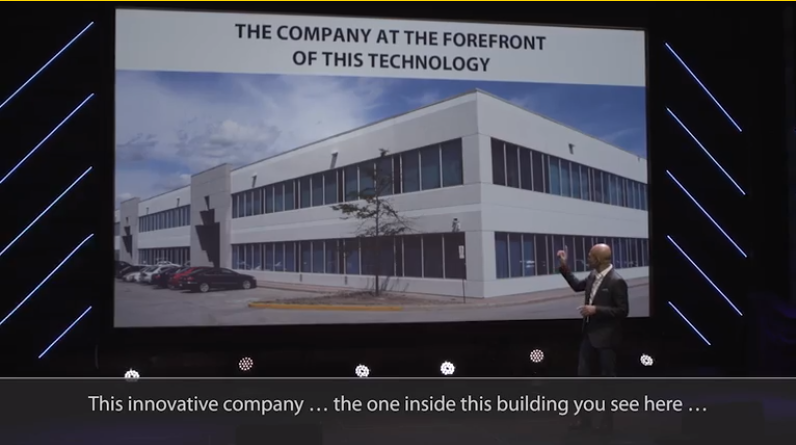 Supposedly it "holds THE KEY that will unlock this technology's full potential - sending it soaring 76,000%".

The company he's referring to is a producer of computer chips, computer chips that are "1,000 times faster than anything on the market" and can handle a lot more data... 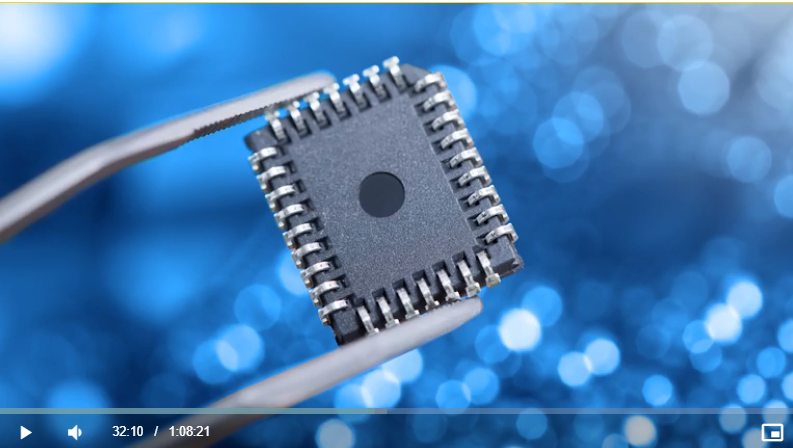 But I'll get more into what these chips are in a second. First let's talk about the sales pitch going on here.

All of the information on this Midwestern company is provided in a "free" report he's giving out called How to Ride AI’s 76,000% Surge to Massive Profits... 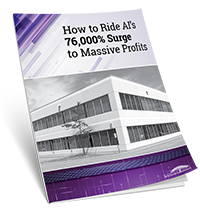 However, free isn't always free, and in order to get your hands on this "free" report you first have to buy into his subscription advisory service, Profits Unlimited, which costs $79/yr for the premium option they'll push you to join at. This is an investment advisory service where Mampilly, in a nutshell, tells subscribers what to buy and when.

*But of course you won't have to join to find out what he's teasing anymore!

AI isn't anything new, it's just that in recent years we have seen huge leaps in the progress of this new technology. The term "artificial intelligence" was actually coined at a conference at Dartmouth College back in 1956, however, there were "AI" checkers and chess games being developed back in the very early 1950's that had "sufficient skill to challenge a respectable amateur".

But it recent times, with big advances in all sorts of technologies that AI relies on, AI is growing at a rapid pace, and no one is doubting that this industry is going to be huge.

Statistica predicts the AI software market will be worth around $126 billion in 2025 and Grand View Research predicts it will be around $390.9 billion by this time. I have no idea where Mampilly got the statistic that it will "surge 76,000%", but this doesn't really matter. There are predictions that are all over the place, which should be expected. No one knows how much of an impact it will have, but the prediction that it will be something life-changing is pretty much unanimous.

AI will impact just about everything. Transportation, manufacturing, healthcare, education, media, and so on.

How do you get in on this revolution?

Well, as we know... there is one company that "holds the KEY to the AI revolution" - according to Mampilly.

Let's go over what the name of this company is now...

Throughout the teaser Paul Mampilly dropped little clues that I've been able to piece together to find out what he's teasing here. Some of the better hints given include that:

And of course we know that it is based somewhere in the American Midwest.

BUT, is this really "THE KEY" to the AI revolution. Is it really "at the forefront of it all"?

As a disclosure, I do personally own shares of Micron, but I don't think it's quite as amazing of an opportunity as Mampilly tells us. He acts as if this company is paramount to the future of AI, but I don't really see this being the case, although they are positioned well.

The fact of the matter is that the DRAM chips Micron produces are commonly produced chips. The company has competition from others like Smart Global Holdings, SanDisk, Intel, and Samsung, and because of this doesn't have much price control.

In short, it's not some one-of-a-kind company that holds "the key"... although it is one of the better companies and still could be a solid investment.

I hope this short review has provided some value to you and has been helpful.

As always, leave us your comments and opinion on this pick below! We like to hear back from our readers.