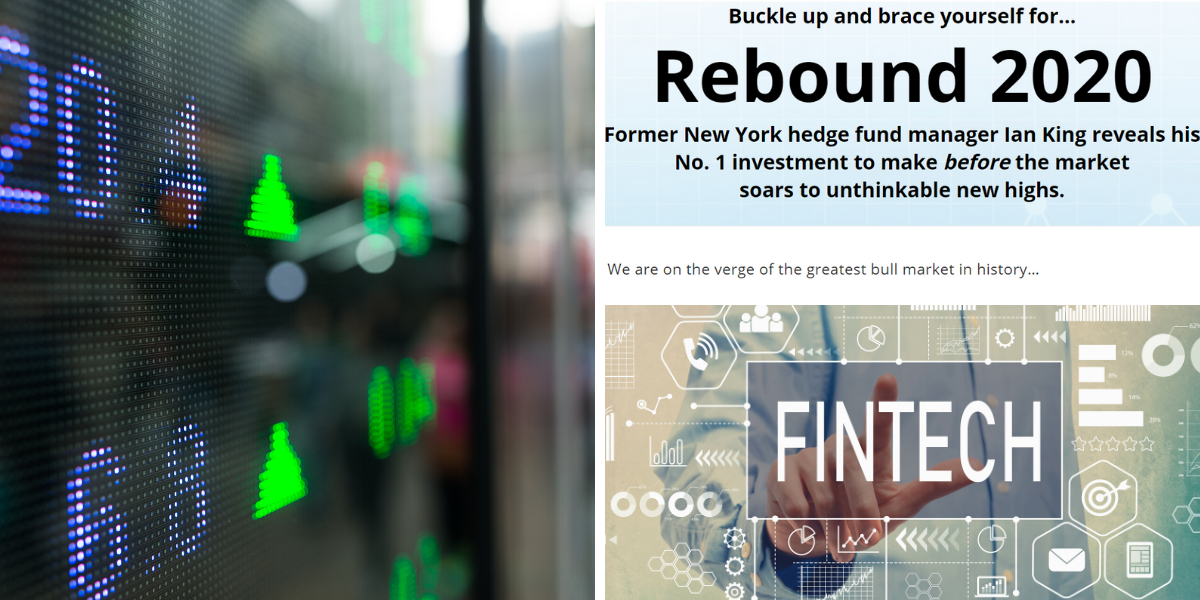 If you're looking for more information on Ian King's "Rebound 2020" stock pick then you're in the right place.

He has been teasing this opportunity quite a bit lately, and so I've decided to do some digging and expose the company being teased here in this short review.

Let's begin by going over the teaser and what we are told...

There might be multiple variations on the internet, but what I came across was aptly titled Rebound 2020, which you are supposed to "buckle up and brace yourself" for because he thinks the market will soar "to unthinkable new highs"...

Ian King is the guy behind it all, and he's also behind a number of other investment teasers, such as "Spectrum". The reason he comes out with teasers like this is to bring in new subscribers to his newsletter advisory services, which he publishes through the Banyan Hill Publishing company, at which he's been employed since 2017. And before all of this he worked in the financial markets trading and analyzing, and even achieved high-rank positions such as that of a hedge fund manager. He's also been featured on Fox Business News and other networks for his expertise. So, in short, he knows his stuff... but you should still take what he says with a grain of salt.

In this Rebound 2020 teaser he talks about how he believes we are "on the verge of the greatest bull market in history"... and that investors like you and I "could double, triple or even 5X your money in record time".

He goes on to talk about how he is expecting a huge increase in economic velocity - consumer spending - which will drive the economy to higher highs than ever.

The economy was reaching new heights before the COVID crash, and with the rapid increase in spending that he expects to happen, he thinks things will go higher than ever.

And, as always, there is an investment opportunity that he thinks could make everyone rich.

According to him, "one little-known company could 5X your money in the months ahead".

If you made it through the entire presentation, which was lengthy as heck, then you know it all ended in a sales pitch.

He is giving away a "free" report that goes over all you need to know about this "little-known" company. It's called This Firm Will Dominate the $11 Trillion Fintech Industry... 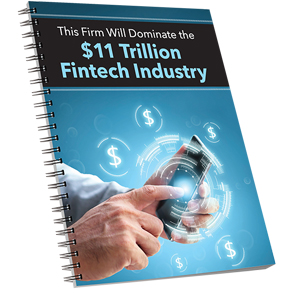 But in order to get your hands on this "free" report you must first purchase a subscription to his investment advisory service called Automatic Fortunes. This is a follow-along advisory service where Ian King alerts subscribers to new investment opportunities on a regular basis. The lowest cost subscription is $49/yr, but you'll be pushed to purchase their premium option for $79/yr.

*Good thing you won't have to buy in just to find out what he's teasing!.. as you normally would.

Is There Really "Pent-up Demand"?

Ian King mentions there being all this "pent-up demand", and what this means is that the demand of products and services is unusually high. This makes perfect sense and we have seen similar cases throughout history.

Pent-up demand usually occurs after times of decreased spending, and with the whole economic shutdown from COVID-19, there is a lot of this right now. We haven't been able to buy the things we've wanted, and now that we're able to the sales will increase.

There have been many companies already reporting unusually high demand, and Ian King thinks this demand will increase so much that it will overrun the economic downturn we've had and propel things to new heights.

As he puts it..."Pent-up demand is bottling up and ready to erupt like a geyser!".

And of course, there is one particular company that he thinks could be the big winner in this new bull run. He thinks investors could 5x their money in this one stock.

What is the company that could potentially 5x your money "in record time"?

Well, let's take a look at some of the clues we were given:

And that's pretty much it.

There's really not much to go off of here and I was worried I might not be able to find the match... but luckily it was enough!

The stock being teased here is...

Square is a financial services company that markets software and hardware payment products. The company launched its first app and service in 2010, and then went public on the NYSE in 2015.

Well, I would recommend not counting on those 5x gains. But, it could be a good buy. Square was in the red for 4 consecutive years and finally turned that around, reporting a net income of $375 for 2019.

Of course with the pandemic things didn't go as planned, but the company has a lot of positive movements going for it and it's expected to rebound by many financial experts.

The downside... its stock price is already back up near that previous high! In the teaser Ian King mentioned that it could go back up to its previous high of $99 at any moment... and, well... it already did (check the stock price chart I posted above). HOWEVER, if this really has the potential to 5x, then it still has a ways to go.

I hope this review has provided some value to you. As always, let us know what you think about this stock pick in the comment section below. Is it worth picking up? We like to hear back from our readers!