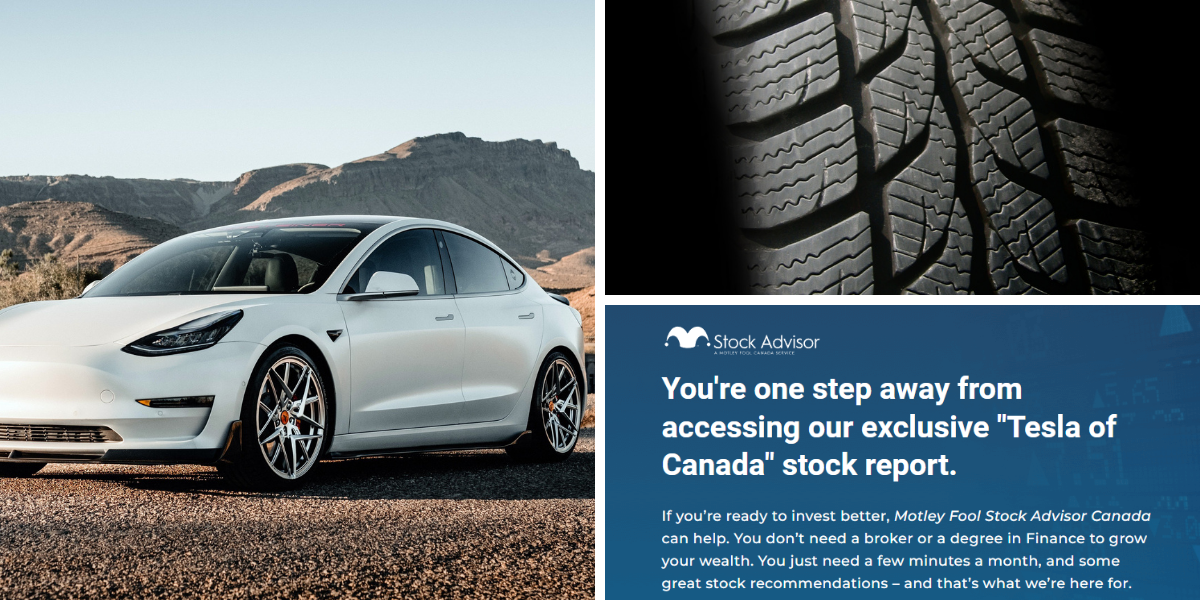 We know that Tesla has created an army of new millionaires – self-described ‘Teslanaires’ over the past decade, as the electric vehicle auto maker’s stock price has skyrocketed by nearly 20,000%.

However, the cold hard truth remains that Tesla still only makes a mere fraction of the vehicles of its more established rivals. In fact, there’s a “Tesla of Canada” stock that has produced 3x the number of vehicles that Tesla has and its stock currently trades for 25x less!

The Motley Fool Stock Advisor Canada team has officially issues a strong buy recommendation, as they are convinced that this under-the-radar Canadian disruptor that’s less than 5% the size of Tesla could be one of the best growth stocks of the year and beyond. The Motley Fool’s premium Canadian stock advisory service, is the Northern sister site of the flagship U.S. stock advisory that has purportedly outperformed the market by nearly 2-to-1 over the past nine years. It combs every industry and corner of the market for overlooked companies poised to break out and delivers them directly to your inbox. We have covered other Fool picks here in the past, including a “Crypto Dark Horse” Pick and “FAZER” Stocks.

We are told that this little-known Canadian company is on the cutting edge of electric vehicles, self-driving technology, artificial intelligence, and robotics…phew, that’s quite the combination! Some will undoubtedly disagree, but in this author’s humble opinion, branding is Tesla’s biggest competitive advantage. Even more so than the proprietary artificial intelligence technology behind its autopilot/self-driving features, battery supply chain, and charging station network.

Some phenomenal marketing and a cult of personality are major contributor’s to the premium that Tesla trades at. We don’t know if this “Tesla of Canada” has the same flair for the visual as the original, but it does have substance. As management expects to see sales grow by roughly 140% over the next 4 years, adding upwards of $10 billion dollars to its top line in the process.

This Canadian dynamo is also rumored to be working on Apple’s not-so secret “Apple Car”. Which is expected to deliver a beta version later this year and move to full production by 2024.

Despite all of this, The Fool states that we’ve probably never heard of this company, which could be our second chance at Tesla-like returns.

In order to get all of the details, as well as the name and ticker symbol of the “Tesla of Canada” stock, we will need to sign up to the Motley Fool’s Stock Advisor Canada service.

This costs $99 for a full year of access and includes new stock picks, each and every month from Motley Fool Canada Chief Investment Advisor, Iain Butler, a library of expert stock recommendations, analysis of new investing trends, and a membership fee-back guarantee.

Revealing the “Tesla of Canada” Stock

Before we get down to the task at hand, it should be noted that there was a decided lack of clues provided by The Fool’s Stock Advisor Canada editorial team here. The only things we really have to go on are:

Based on this limited amount of information, we are inclined to conclude that the stock being teased here is Magna International Inc. (TSX: MG) Here is why:

So now that we know the “Tesla of Canada” stock is really a white label manufacturer rather than a consumer facing brand, does it still hold the potential to deliver “Tesla-like” returns?

Legit Opportunity to become a Magna-Millionaire?

Unlike the high-flying Tesla stock, Magna has been around since 1957 when Frank Stronach founded Multimatic Investments Ltd. Its first auto industry contract was supplying metal sun visor brackets for General Motors in 1959. Multimatic went public in 1969 through a merger with Magna Electronics Corporation, an aerospace, defense, and industrial components company, whose name it subsequently adopted in 1973, becoming known as Magna International.

This immediately lets us know that a single decade run up into the stratosphere similar to Tesla’s shouldn’t be the expectation with Magna stock. Shares of Elon Musk’s electric vehicle manufacturer have risen by close to 20,000% over the past decade, while Magna stock has returned closer to 300%.

Let’s face it, even if sales and profits do gradually increase over time – something which hasn’t happened since the 2018 fiscal year by the way. Automobile parts manufacturing, even if it is the largest such provider in North America, just isn’t sexy. There is no brand when you are white labeling parts and products for other brands and outside of any other competitive advantage (Magna possesses none), a recognizable brand is what can create a substantial market premium.

Magna’s market valuation reflects this fact, with a price of 12x trailing earnings and less than 2x book value. A fairer comparison would be to other OEM manufacturers, such as Visteon Corp. (Nasdaq: VC), Autoliv Inc. (NYSE: ALV), and others, against which it stacks up well from both a business and valuation standpoint.

At the end of the day, Magna is never going to deliver the kind of world-beating performance that Tesla has and make you or I a millionaire over the next decade. But it can likely offer a return that is above the market indexes and that’s not such a bad thing.

Are there better stocks in the electric vehicle space that are not named Tesla? Let us know in the comment section below.