Motley Fool’s “One Stock for the Self Driving Revolution” – What Is It? 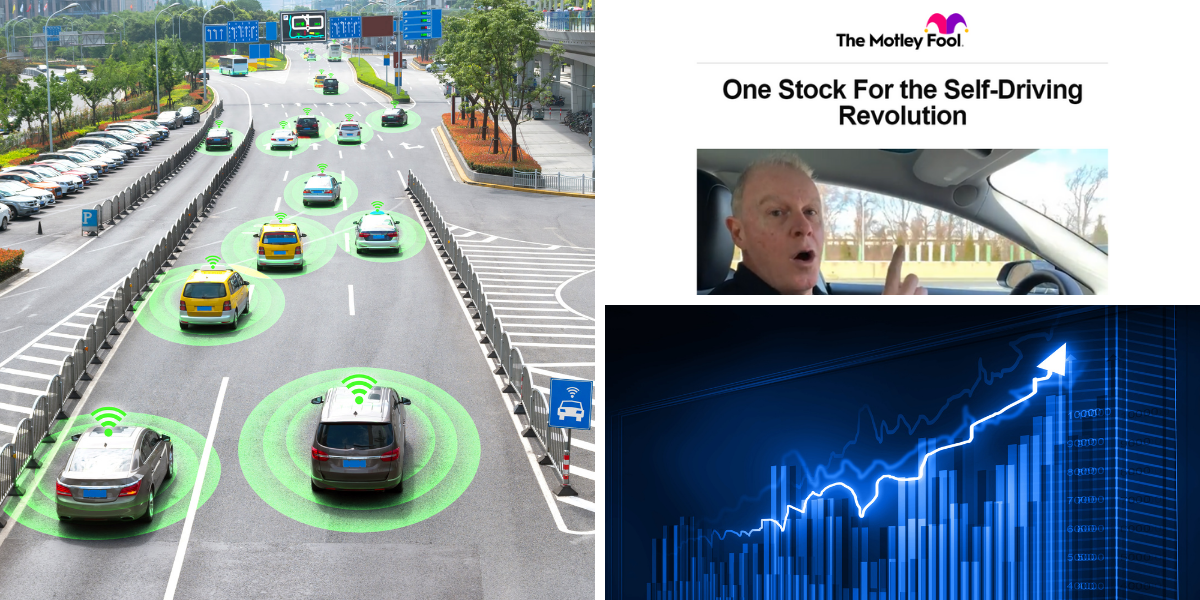 Investing in self-driving cars is all the rage nowadays, and The Motley Fool claims to have found the perfect company to invest in, which they are calling "One Stock For the Self-Driving Revolution".

People have been asking what the stock is that they're teasing and I'm here to answer that question, or to try my best to at the very least.

Let's get to it, and let's start out by talking about the teaser for this stock pick.

In the teaser Motley Fool's Rex Moore, who is a technology and investing reporter, is coming at us from riding in a self-driving vehicle and goes on to really hype up the opportunity to invest in such... 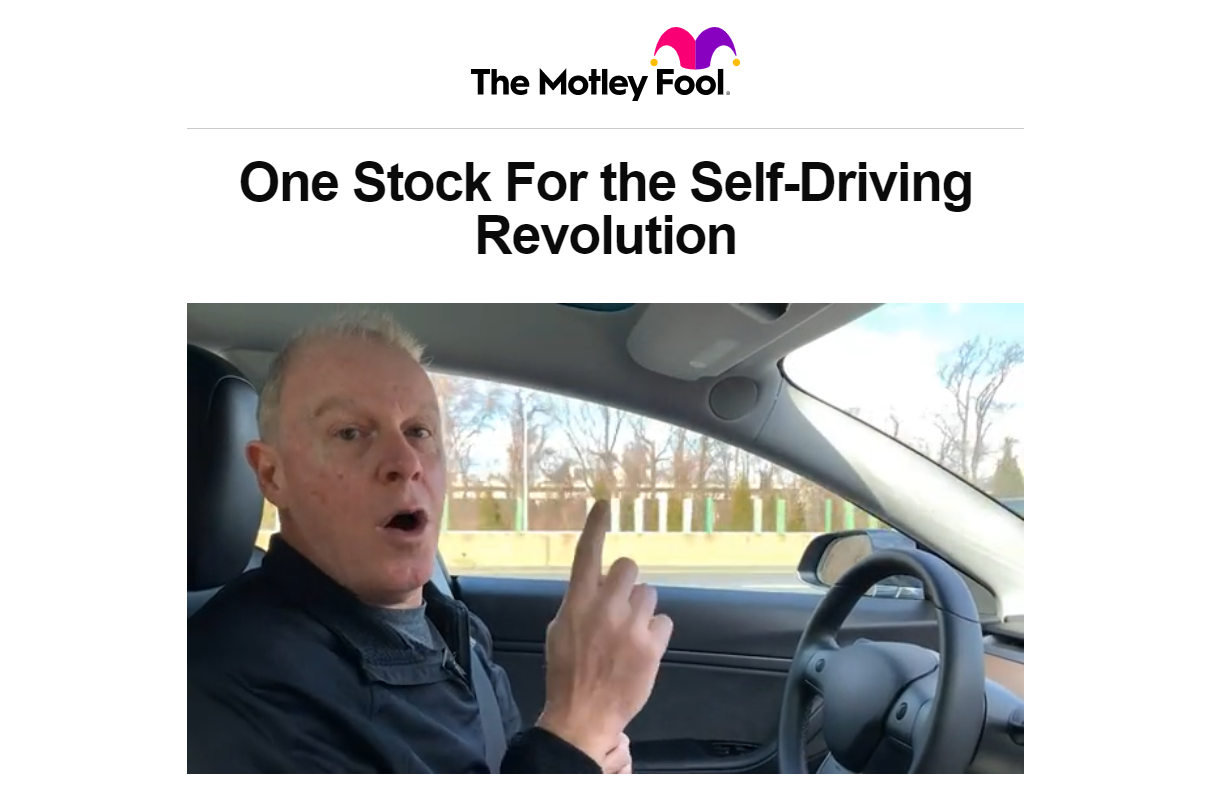 Rex talks about the technology of autonomous vehicles advancing and when they will start rolling-out across the US and other more developed countries.

The teaser itself is a bit outdated, but people have still been asking for information on this and the company being teased, so let's talk more about what's said here and expose the stock pick.

The main point made in the teaser is that this self-driving car technology is something that is going to change the world and that you should definitely be looking into investing in it.

However, Rex urgest investors not to look into putting their money in the car companies themselves. Although car companies in this field such as Tesla have been amazing opportunities for investors, he says to actually avoid Tesla and other self-driving car companies.

What Rex Moore says is that you want to invest in the technology that many car companies rely on for their autonomous vehicle AI... more of a "pick and shovels" play.

He goes on to say that you should be looking at "the brains behind the car" instead of investing in car manufacturers.

And... best of all... of course he has supposedly identified one company in this space that does exactly this, which he claims is a "huge opportunity for investors" if you get in before the crowd.

They tell us that we just have to enter your email to get the special report and that it is a "free stock report".

However, nothing is free and this is misleading at best.

In order to get the "free stock report" and all the juicy details on the self-driving car stock pick, you first have to join their Stock Advisor service... which is usually discounted to $99 for the first year.

What a bummer... but no need to join their service just yet! We'll be talking more about their stock pick in a bit.

The Motley Fool really hypes up the opportunity to invest in this new technology, and rightly so.

As was mentioned, the teaser is a bit outdated and the "revolution" is further along than was stated in the teaser, with autonomous vehicles already on the streets in many parts of the world. However, the opportunity is still there because the industry is still set to grow quite a bit.

According to Statistica, the global self-driving car market is expected to hit around $60 billion by 2030, and in 2019 its size was around $24 billion. There's still a lot of expected growth, and many car manufacturers are still working on breaking into the space and coming out with their own autonomous vehicle models.

Even though this isn't quite the "early" opportunity to invest as was teased by The Motley Fool, it still could turn out to be a good choice if you put your money in the right stock, which of course they claim to have found.

There really aren't many clues given in the teaser. Usually here at Green Bull Research we piece together all the clues about the stocks being teased and expose the stock for free. However, with the limited information available all I can do for you is make a good educated guess as to the company they are talking about.

What we do know about this company is that:

Rex Moore also mentions that it doesn't specifically work in the autonomous vehicle sector, but it's AI tech also is being used in healthcare, retail, agriculture, and everywhere else that AI is being used.

The likely candidates here are chipmakers like Intel, Nvidia, Qualcomm and others. However, if I had to pick just one I would go with Nvidia (NVDA). The Motley Fool has been bullish on this company and they are at the head of the competition when it comes to making self-driving car "brains".

Not only that, but what this company makes has been referred to as "brains" of self-driving cars by other sources...

Nvidia started out as a company making GPUs (graphics processing units) for gaming computers, but has since expanded and become deeply involved and focused on AI.

Rex Moore talks about getting in "before the crowd", but it's a bit late and the crowd has already bought into Nividia to a large extent.

Nvidia isn't the "little-known" company it once was, although it is still teased as being one in some investment newsletter promotions.

For example, this company has been teased more recently as an AI Accelerator stock by Jeff Brown, was one of Teeka Tiwari's blockchain stock picks, and probably others that aren't coming to mind right now.

First off, let's just make it clear that I'm not 100% of the stock pick being Nvidia. But based on the limited information provided, and the fact that The Fool is bullish on the company, this seems like a very probable pick.

Nvidia is a leader in the chip making space, and is certainly at the lead when it comes to AI chips for self-driving vehicles. But it's also, as mentioned, not the "little-known" company it once was and it's rather high stock price reflects this.

It's still being teased as an amazing investment opportunity by various sources because of the different industries its AI chips can be used in, but as always... don't fall for the hype and be sure to do your own due-diligence before investing.

I hope this quick review has provided some value to you. As always, here at Green Bull Research our goal is to help out the Main Street investor.

Let us know what you think of the stock pick below. Are there better choices? Should you invest right now?