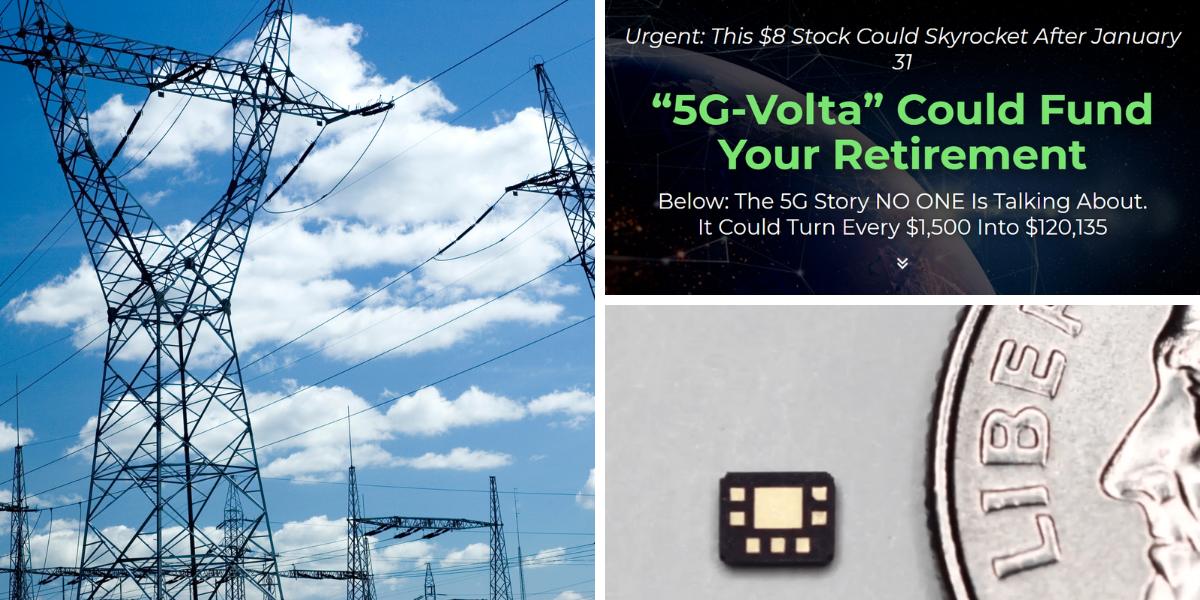 Keith Kohl from over at Angel Publishing recently started teasing the opportunity to invest in what he calls "5G Volta". He teases one particular stock that he claims "could turn every $1,500 into $120,135".

Bold claims and a lot of hype... and of course you'd normally have to buy into his investment service to get the details on it.

Luckily for you, we'll be revealing the stock he's teasing here for free in a bit.

Let's start out by going over some of the claims made...

Keith Kohl runs investment newsletter services over at Angel Publishing (aka Angel Financial). He specializes in global energy investments and also is knowledgable in the natural resource sector, largely because the two are so closely tied together. We've seen him before teasing the opportunity to invest in a Texas oil company as well as the "Trade War Kickback" opportunity he was pitching for a while, and so we know that some of the things he says one should take with a grain of salt.

For this "5G Volta" investment teaser, Kohl starts out talking about trucks carrying "tens of thousands of tiny modules", moludes that are "tiny, no bigger than 10 grains of salt" coming from a "nondescript warehouse in upstate New York"...

He claims that this "brand-new hardware is a vital component for the 5G revolution".

What we're talking about are these little modules here... 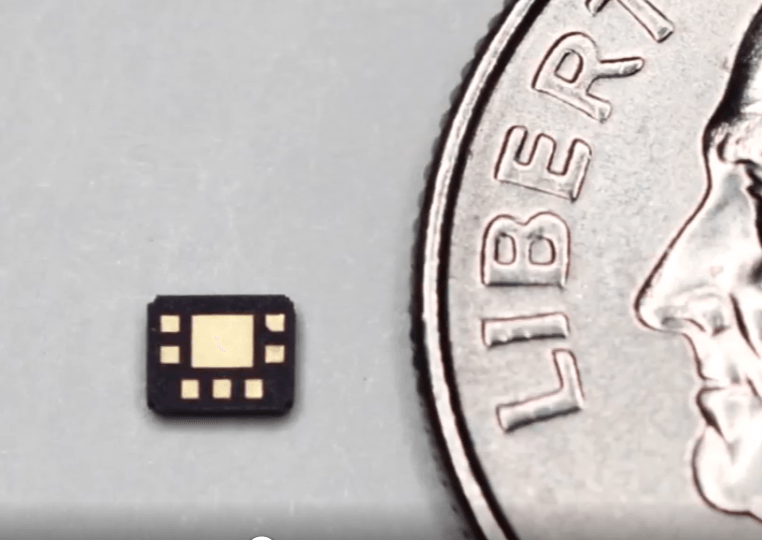 Furthermore, this opportunity all has to do with some "government mandated program" - this is what he's calling "5G Volta" - which he claims "could be your shortcut to tremendous wealth in the year ahead".

The program is "expected to be as big as $1.5 trillion" and early investors "could pocket four-digit gains in the coming months" if you buy into the "little-known company" that's behind it all... the company I'll reveal shortly.

Some other hyped-up claims from the teaser include: 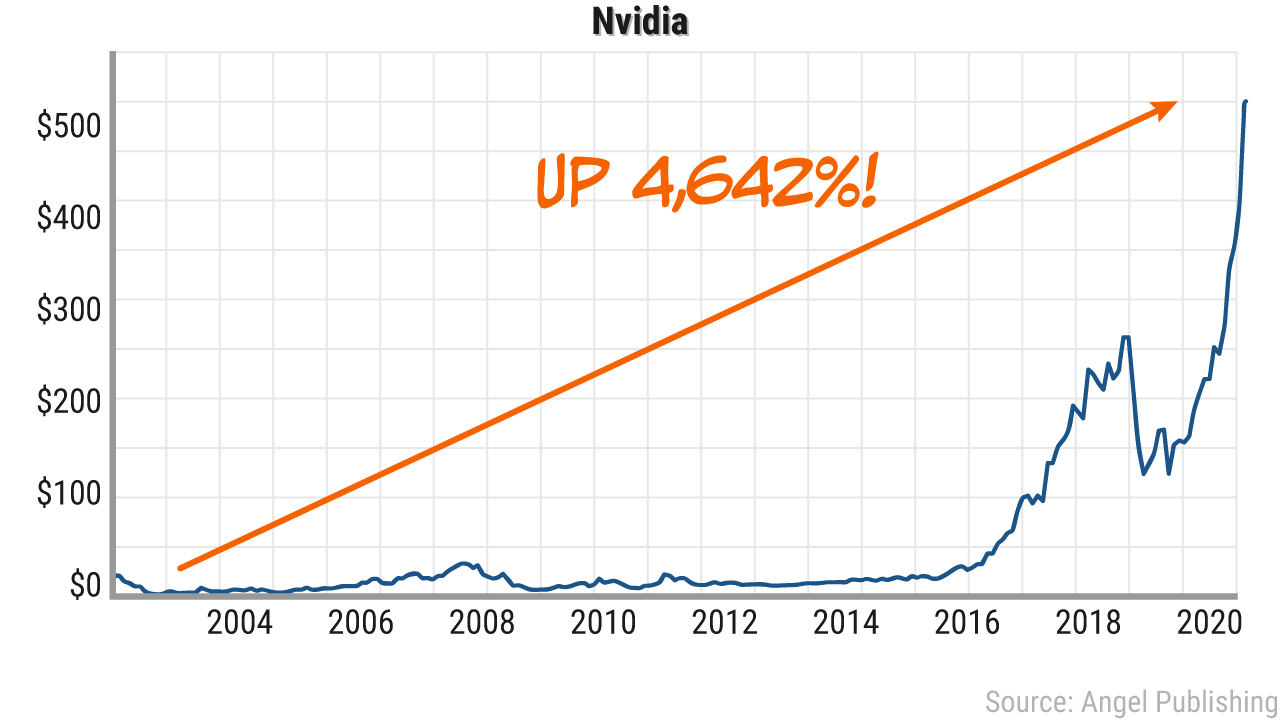 But it doesn't end there. As if that isn't enough, Keith Kohl continues to say that "this might be a replay of Cisco's legendary 200,050% surge".

Lots of numbers being thrown around here, but one thing that is certain is that Kohl is extremely bullish on this investment opportunity... AND that the entire teaser ends in the typical sales pitch.

The details on this company are included in a "free" report titled 5G-Volta: Retire Rich on the Power Grid’s Upgrade of the Century... 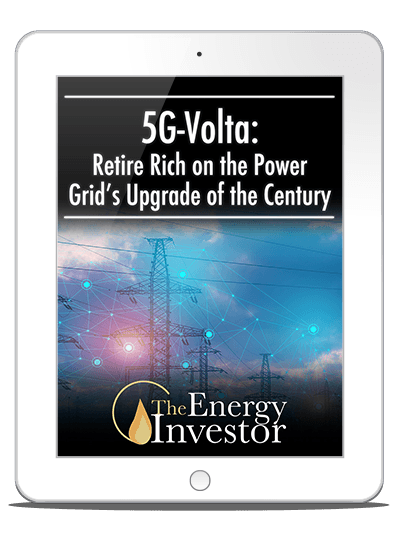 But in order to get your hands on this "free" report, you first must subscribe to his Energy Investor advisory service for $99/yr or $179/2yrs.

You'd rather just find out the name of this stock for free though, right?

Well, "5G Volta" is just a made-up name that Keith Kohl seems to have created for marketing purposes. It's catchy and has a nice ring to it... and it definitely makes you wonder what the heck it is.

What Keith Kohl is actually refering to here all has to do with a project that "was launched in May 2020... when President Trump signed Executive Order 13920".

A simple Google search led me to find that Executive Order 13920 is focused on "securing the United States bulk-power system". Basically what this order says is that the US's electric grid is extremely volunerable to attack from foreign adversaries due to the unrestricted use of foreign supply electric equipment that makes up the grid in the US, and it provides guidelines for putting an end to this threat.

The project has received bipartisan support, and Keith Kohl tells us that the tiny modules shown above are the "critical centerpiece of this plan".

So there we have it. This investment opportunity is focused on the electric grid, hence the made-up term "5G Volta".

The focus here is on revolutionizing the US power grid, which is long overdue for some re-vamping... much of it having been built in the 1800s.

And the if we narrow in on the opportunity Kohl is teasing more closely, we get to these sensors that monitor the grid... 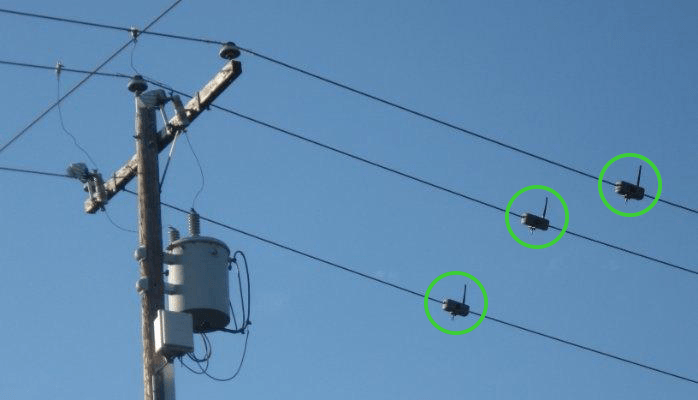 If an electrical line goes down or a transmitter explodes, the sensors see this and send this information to other parts of the grid to avoid further problems.

One example given in the teaser was if lighning strikes a power line, the sensors will relay the information so that other parts of the grid are switched off to avoid overload.

What the heck does this have to do with 5G?

So how does this all tie together?

Well, 5G is capable of handling much more sensors than 4G, about 1,000 times the capacity. Previously these sensors communicated via 4G, but with 4G we were limited as to the amount. As 5G rolls out more and more, these sensors will be implemented in much higher numbers at vulnerable spots, further securing power grids across the nation.

Not only will these sensors help protect from disastors, but Keith Kohl also mentions how they will be the "brain" of the power grid and help to distribute solar and wind energy where it is needed, so that, for example, California stops losing so much electricity from unpredictable load swings in solar power generation.

According to Mr. Kohl, "at least 101 million 5G sensors have to be deployed across the power grid... and all of them require this tiny module from one little-known company"...

What Is This Module?

It's nothing more than a RF filter that is included in each sensor and is used to communicate with 5G radio waves.

So to sum things up:

So, what's the company being teased?

Here are some of the better clues we were given in the teaser.

Are you ready to get filthy-stinkin' rich?

So, that's all we need to identify the pick here.

If you're thinking Akoustis Technologies (AKTS) then you are correct.

Akoustis Technologies is a New York-based company that designs and manufactures patented XBAW RF filters (inside the RF chips which they make entirely) for 4G/5G, WiFi and defense markets.

They do indeed hold 32 patents at the moment (others pending), we know they they make RF filters that are used for 5G communication, and some of the other clues given match up too.

Remember the "nondescript warehouse in upstate New York" that was shown?

I found in an SEC report  that this is indeed Akoustis' warehouse located in Canadaigua, New York...

*Note: This company's stock price and market cap have experienced a recent notable uptick. The stock price was hovering around the $8 range for years, and likewise the market cap was around the $314 million range too. This uptick is likely due to customer order news that recently came out.

Should you go out and purchase that fancy new sports car in preparation for all the money you'll make?

Well, hold off on that for a second.

Right now the stock, AKTS, is already trading above $8 as I mentioned, and there is certainly no guarantee things will go as Mr. Kohl predicts.

That said, this is a bit of a unique play if you want to get in on 5G. Not only that, but Akoustis has what seems to be a good leadership team, is transitioning from development to commercialization, and seems to be positioned well in a fast growing market segment (that of front-end RF chips) - and just experienced some nice growth as mentioned.

It could be worth a look, but of course do your own due-diligence before investing.

Hopefully you found this review valuable. As always, let us know what you think of this stock pick in the comment section below. Will it make early investors rich?