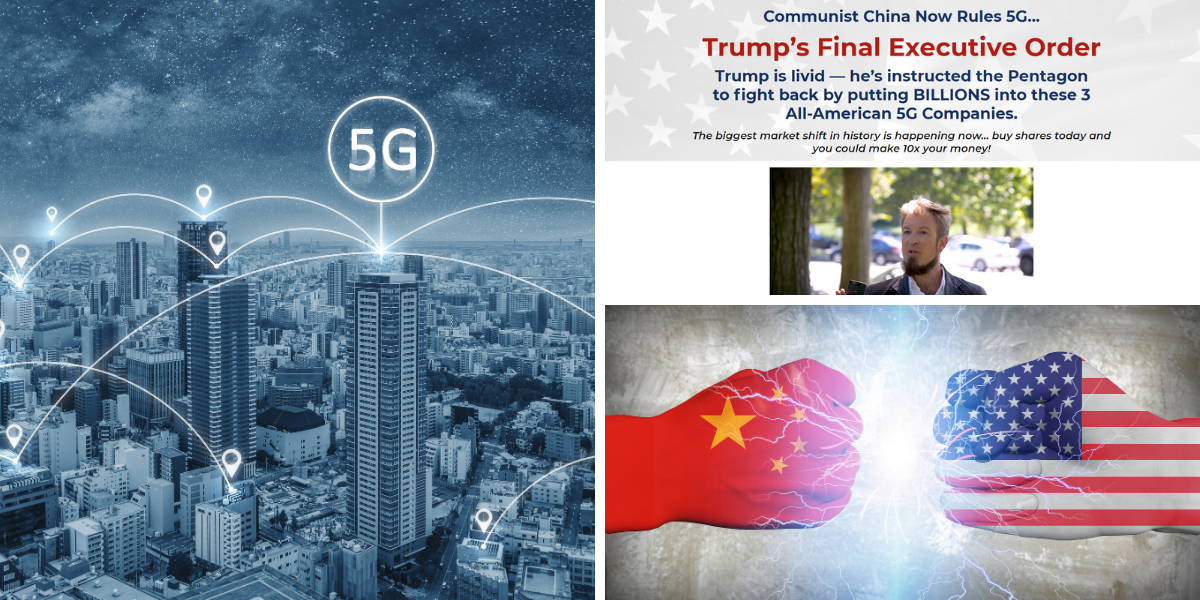 In one of Jimmy Mengel's latest promos, he teases the opportunity to invest in what he calls "battleground 5G stocks", which he thinks "you could make 10x your money off of".

Now of course we'd all like to make 10x our money, but what are the stocks he's teasing here and is this a realistic expectation?

In this review I'll be going over the teaser, talking a bit about the opportunity here, and taking a look at these 5G battleground companies.

According to Mengel, "Communist China Now Rules 5G"... and in "Trump's Final Executive Order"... "he's instructed the Pentagon to fight back by putting BILLIONS into these 3 All-American 5G Companies"... 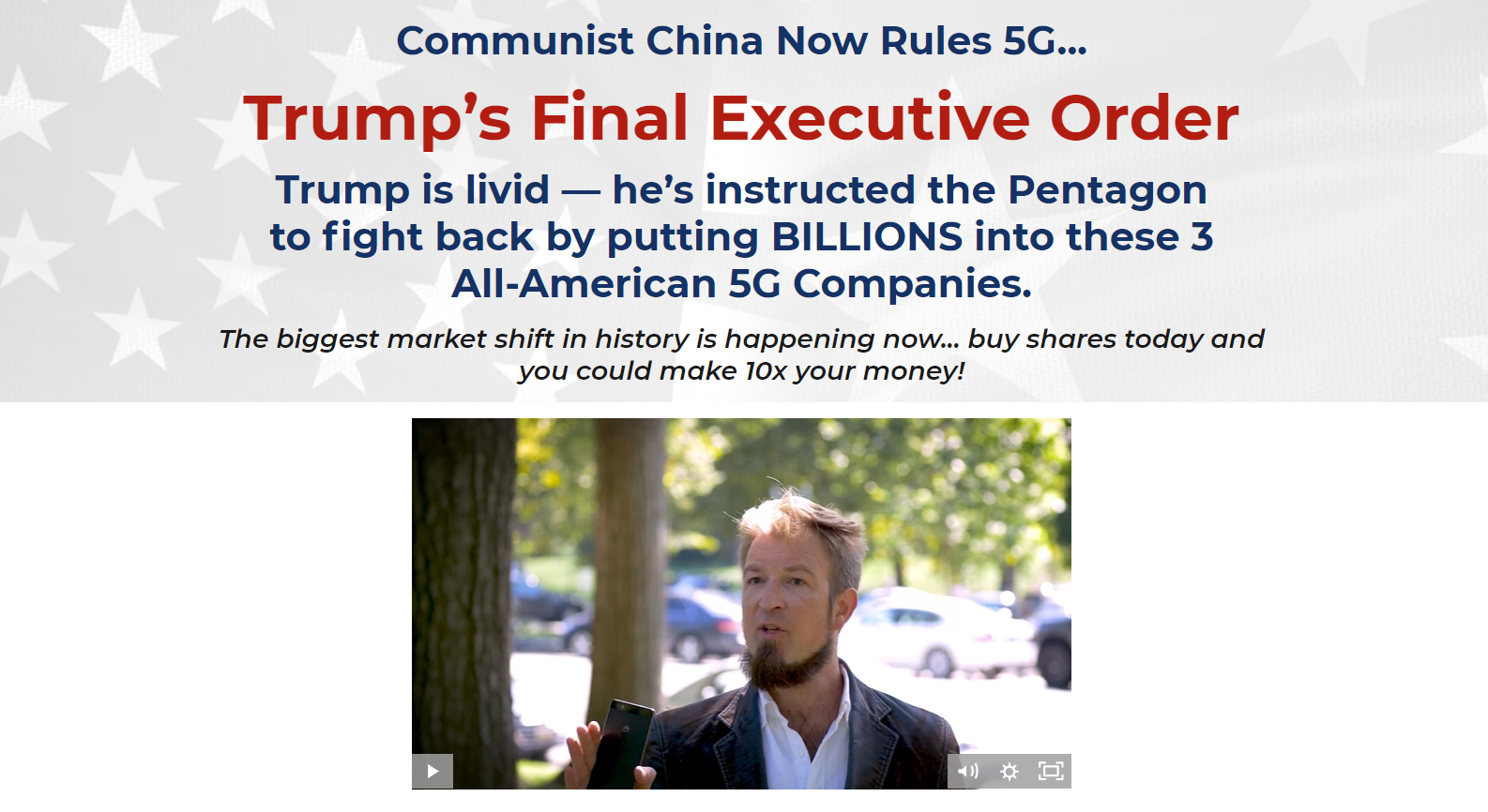 Jimmy Mengel is the guy behind it all, and someone we're familiar with having seen his "Blue Gas" and "Tesla Killer" pitches. He is Outsider Club's senior analyst who has been advising subscribers to his newsletter on new investment opportunities that could surge for years now. There's no fancy Wall Street background to be found here, but he has led investors to pocket some nice gains in the past, most notably from his cannabis stock recommendations, such as that of Cannabis Growth Corp for over 1,000%. However, he often takes a bit of a fear mongering approach to selling his investment advisory services and sometimes you have to take what he says with a grain of salt.

In this teaser, things start out with Mengel holding a Huawei phone (top Chinese brand) and talking about how if he hadn't disabled it the Chinese would be tracking his every move from a top-secret computer facility in Beijing.

He goes on to talk about how the Chinese government is working with Huawei to track people all over the world... stating that this isn't a conspiracy theory but a "well documented fact".

"China is trying to rule the world through this tech company", and the US is going toe to toe with them in the race to 5G supremacy.

Mengel claims that this is creating the single greatest investment opportunity he's ever found... stating that "it could literally make you wealthy in the space of a few short months, perhaps even weeks".

And that... "you could walk away with more money than you've ever made before on a tech stock". However, he actually teases 3 diffent 5G stocks to get in on, as I'll be going over shortly.

By the end of the teaser I was getting pretty excited. But we have to remain calm here... after all... the whole teaser concluded in the typical sales pitch and we don't want to let our emotions buy into things for us.

All the details on the three stocks he's teasing are kindly provided in a special report he's giving out, titled Battleground 5G: Make 10x Your Money on the Three Companies Fighting to Keep China out of America's Airwaves... 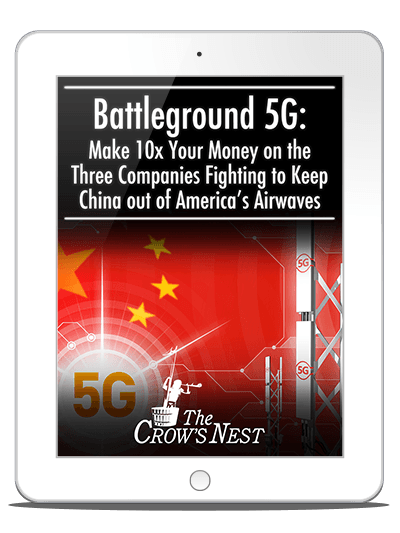 But first you'll have to subscribe to his advisory service called The Crow's Nest for $99/yr.

Yep, none of the juicy details are provided to you unless you pay for that subscription. Unfortunate but true.

The 5G Opportunity  - US vs China

As was mentioned in the teaser, Huawei passed Samsung as the worlds top cell phone producer, largely because of Samsung's slowed production due to their COVID-19 response and Huawei's opposite response - they expanded production during this time period.

Huawei is taking over a lot of market share in the 5G sector, but the US is looking to put a stop to this.

Just before the election Trump renewed Executive Order 13873, which is focused on "securing the information and communications technology and services supply chain"... with 5G tech being a large focus.

Not only is there a ban in place in the US (and a number of other countries) against Huawei, but also certain US 5G companies are set to received full support from the US government.

And don't worry, Joe Biden has also voiced his opposition to Huawei and support of the ban.

As we know, there are three specific investment recommendations Mengel is teasing here. According to him, "there are three [US] companies that are going to lead the way", and five catalysts in place that Jimmy has identified to hopefully provide investors with 10x gains.

Huawei is taking over Mexico and building a surplus of 5G towers right near the US boarder, towers that Mengel claims will operate at a loss, but that the Chinese are building to try to overtake the US.

However, the US is also building a wall of secure 5G towers along the boarder as well in an attempt to stop this problem. One of the companies he's teasing is behind these US towers. 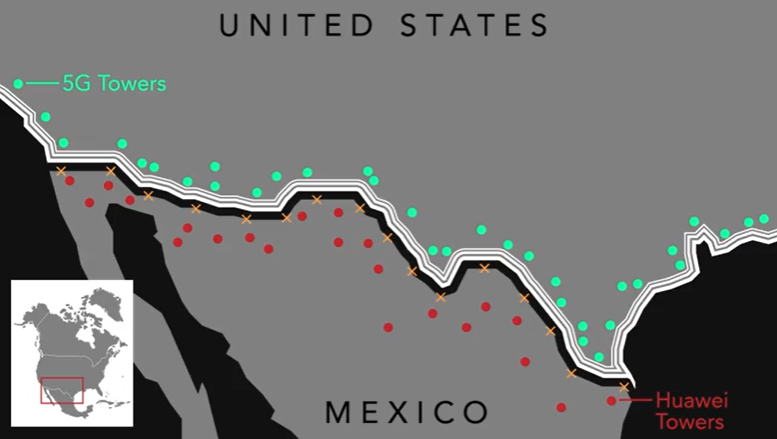 The Pentagon is now alowing 5G companies to use the mid-band spectrum of radiowave airspace. This spectrum in the past has been used and reserved exclusively for the US Navy, but now is opened up to commercial use.

The government is encouraging US tech companies to develop alternative 5G solutions, which is a level of support we've never seen with 4G or prior mobile communications development. Military bases are being used as testing grounds for new technologies. Ya, it's a big deal... not just so you can watch cat videos on your phone at blazing speed, but largely for national security.

The Senate is is working to approve bipartisan legislation that will give $1.25 billion to US 5G companies, for 5G O-RAN R&D and security.

And lastly, big companies like Apple, Samsung, Google, etc. are all releasing 5G phones and the battleground 5G companies Mengal is teasing will all support these phones. This is just typical business here. Of course all the big mobile tech companies are going to be jumping on board.

So anyways, yes, 5G is a big deal and Yes, the US is going head to head with China in this space. Huawei is a major national security concern and the US is looking to subsidize companies inside the US that are working on 5G tech as a counter to their growing dominance.

So, what are the 3 companies that Mengel claims are going to be getting government aid and that could turn your investments into 10x their current value?.. 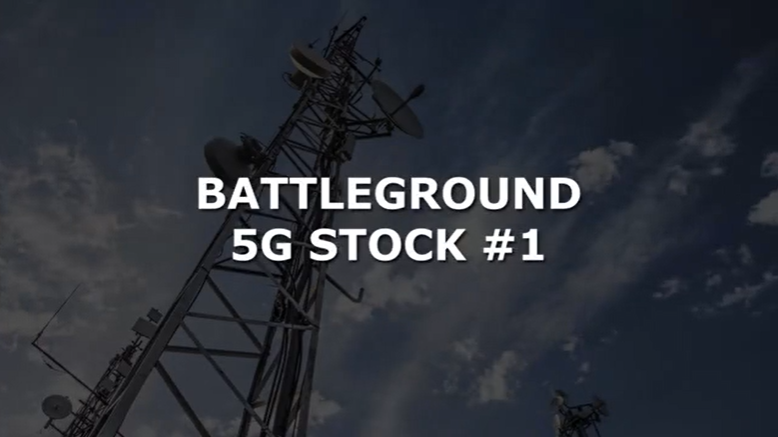 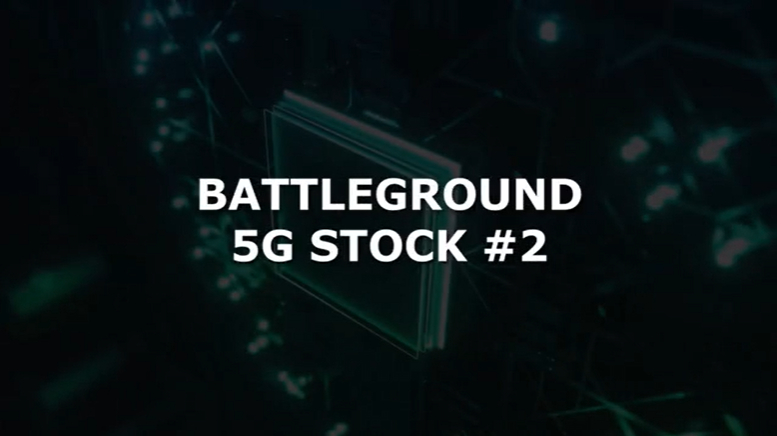 He claims this company is positioned to become the Broadcom of 5G and is poised to see similar gains to that of Broadcom during the 4g rollout - 2,123%. 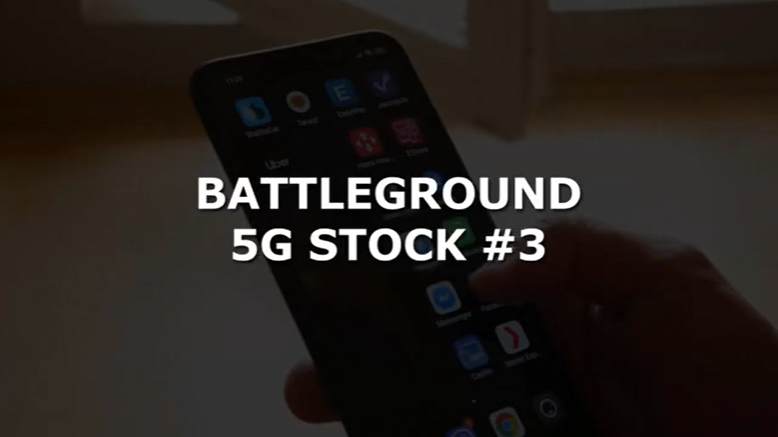 This last small stock is the one he's most bullish on, saying that it's essential that you get shares of this stock.

So anyways, what are these 5G picks? We have one that builds the towers, one that makes processing chips, antennas and signal boosters, and then the small-cap company that's making 5G routers.

Well, we usually don't have to do this too often here at Green Bull Research, but it seems that Jimmy Mengel must have some good inside information here. After quite a bit of research I haven't been able to confidently narrow in on any of these companies for positive matches.

If you have any information on the battleground 5G stocks being teased, please let us know in the comment section below this post. We'd greatly appreciate it, and so would our many readers.

Hopefully I'll be able to get more information on the companies being teased here so that I can update this section, but as for now there isn't much to be said.

5G no doubt is a great investment opportunity and will have a massive impact on the world as we know it. While there are a lot of positives to be said, there are also a lot of concerns surrounding it, one being the potential countries like China will have to steal critical information, which is the reason for bill that Senators are pushing to help subsidize US 5G tech... and which is a driving force behind the potential 10x gains that Mengel is teasing.

Let us know if you have any additional information on these picks! We'd love to help out more, but sometimes we fall short and this is just the way it is.