Jimmy Mengel from Outsider Club claims that The "Tesla Killer" is Here. He says this new technology will make Tesla obsolete and that there is one stock that is set to increase by as much as 11,666%.

In this review I'll be going over what the technology is he's talking about as well as the stock being teased.

The teaser presentation I came across is shown here, but there are likely others floating around the internet as well... 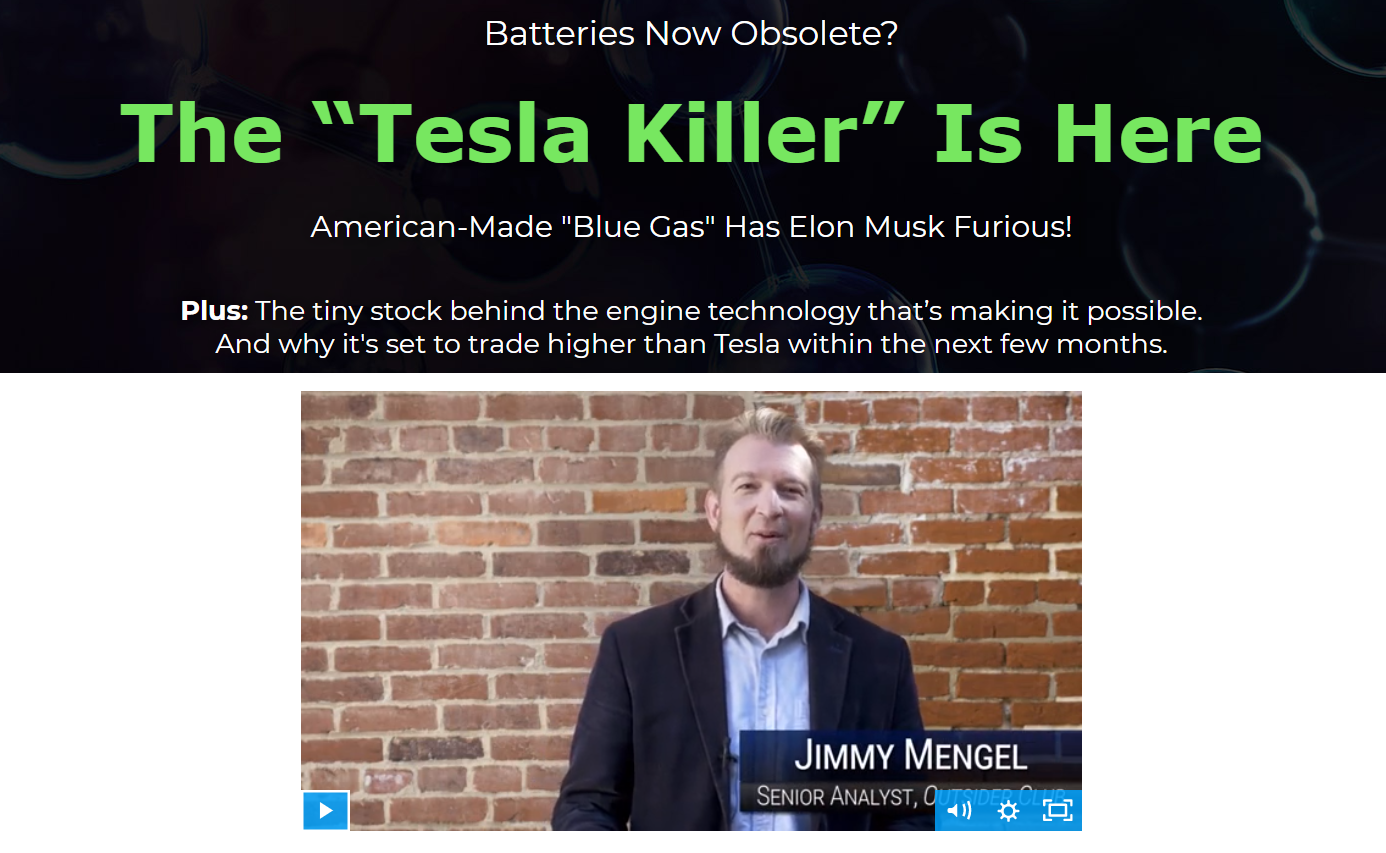 This presentation is by Jimmy Mengel, who is a newsletter editor for Outsider Club where he alerts subscribers to new investment opportunities. Mengel has become somewhat of an "expert" when it comes to financial advice in the realm of investing. His writings have been featured on a number of different media outlets, such as Wealth Wire and Green Chip Stocks, and he's been featured as a guest on CNBC a number of times.

Some of the claims he makes in his presentation about this new fuel technology that is the Tesla killer includes: 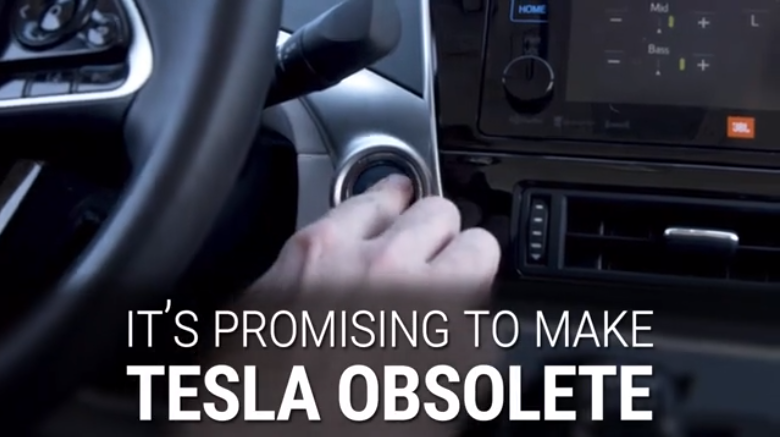 He talks about how there are only around 10,000 vehicles that run on "blue gas" today, but this number is predicted to be as much as 10 million in the coming decades, and that this is predicted to create:

He even claims that this new "blue gas" revolution will make more millionaires than the marijuana boom or cryptos.

To make the teaser even more enticing, he has supposedly found one stock that is set to soar in price. What we are told is that:

Sounds like a pretty good deal right? I mean, Tesla's stock price was around $17 per share before it IPO'd. If you would have bought in then, it would be up 1,288%.

Mengel even goes as far as to claim this "blue gas" stock will "deliver earth-shattering gains" of 11,666% in months.

As always, this presentation ended in a sales pitch.

You are able to get all of the information about this stock he's teasing in his report, The Tesla Killer: Make 11,666% Gains on the Fuel Cell Revolution...

HOWEVER, in order to get your hands on this free report you must first pay to subscribe to his subscription advisory service, The Crows Nest. This is the same sales tactic used for most investment teasers, such as Alan Knuckman's "Penny Contracts" and others we've recently reviewed.

But I'm guessing you don't want to have to buy into this just to find out the stock he's teasing... and you're in luck.

First let's talk about what this "blue gas" stuff is he refers to and then we'll expose this stock once and for all.

"Blue gas" is just a term that Jimmy Mengel made up for marketing purposes. What he's really talking about here is hydrogen and hydrogen fuel cells that are being used to power electric vehicles.

It's true that vehicles using this technology emit 0 carbon, with water being their only byproduct, and it is being used as an alternative to the lithium-ion batteries that Tesla uses... which means it does present Tesla with some competition.

So the electricity here is generated through electrochemical reactions, completely different from that of the lithium-ion batteries Tesla uses.

This technology has actually been around in some form since the 1800's and was even used by NASA and the Russian Space Program. It's not quite the brand-new opportunity that Mengel leads one to believe, but it is still a very underutilized technology that has a lot of potential.

What Is This "Tesla Killer" Stock?

Anyways, let's get to the point here, which is the company he's teasing as the "Tesla killer".

Some of the better hints he gives us in the presentation include:

And that's all we really need to piece this puzzle together.

The company he's talking about, which let me remind you he thinks could be better than buying Tesla pre-IPO, is Ballard Power (BLDP). This is where the clues point.

Not only that, but I've heard word from a subscriber who has confirmed that this is the stock being teased.

*Note: He also mentioned this stock only being around $3. This is the only clue that isn't accurate, but makes sense because the presentation is outdated and BLRD has risen a lot since then.

Will Ballard Power really provide you with massive gains of up to 11,666% and be a better purchase than shares of Tesla pre-IPO?

Well, the 12-month price forecast provided by CNN Business analysts isn't even close to that predicted by Jimmy Mengel, and the same goes for most other analysts' predictions. But, then again, these analysts aren't big on speculation and never predict the massive gains from winners like Tesla, as an example.

That said, there are some problems with this hydrogen fuel cell tech...

If it's been around so long, why isn't it already taking over?

Toyota Miria was the first publicly available hydrogen fuel cell car. This debuted back in 2014.

That's a while ago... so why aren't hydrogen fuel cell vehicles already more popular?

There are several reasons, one of the main ones being that there is a big lack of infrastructure. There just aren't enough charging stations to make these vehicles a good purchase for most people. And it's not like you can just charge your car at home like you can with Teslas and other electric battery-powered vehicles... fueling stations are a big expense.

These vehicles are also more expensive than battery-powered electric ones.

Not quite as environmentally-friendly as you would think... at least not yet

Furthermore, they aren't the environmentally-friendly planet savers that they are claimed to be by many... at least not yet.

Separating hydrogen gas from natural gas is one of the most common ways that it is obtained, and this is a process that actually gives off carbon emissions.

Right now we are lacking the infrastructure to use wind and solar energy to separate hydrogen from water through electrolysis, which would likely be the best option.

There is a lot of potential here, but things just aren't there yet for this to become mainstream for vehicles. That said, this could be good news for investors looking to get in early.

I hope this review has helped clear things up and provided value to you. Be sure to leave us your comments/questions below. We're always interested to hear what our readers think about the different stocks being teased.