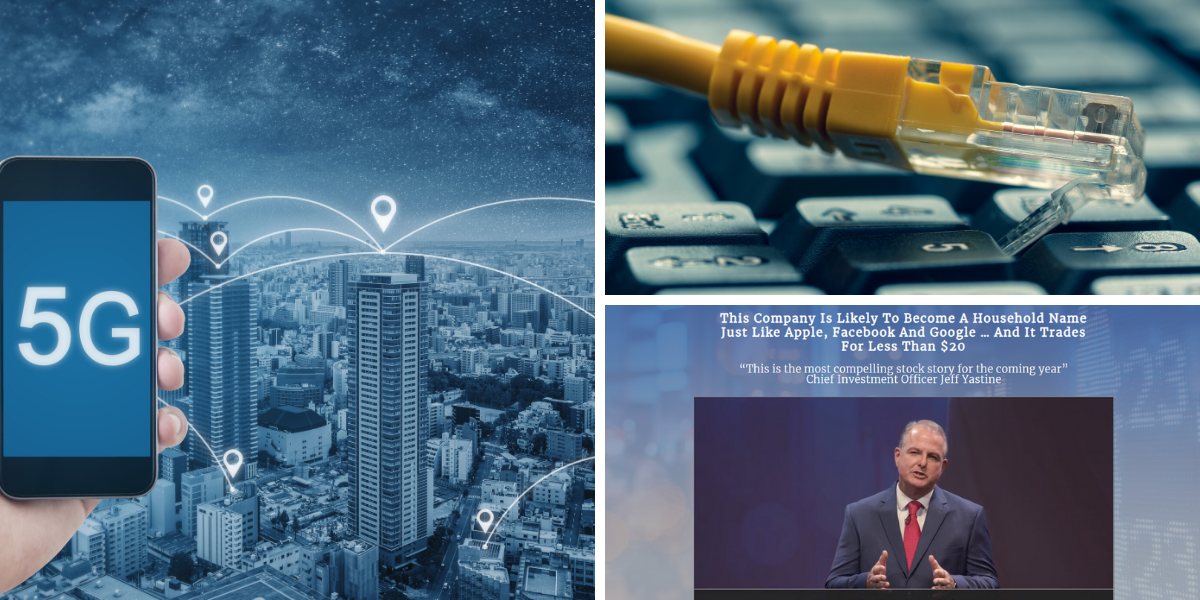 It seems like everyone has been teasing 5G stocks to invest in recently, including Jeff Yastine. And if you're wondering what his stock pick is then you're in the right place.

In this review I'll be exposing Yastine's 5G stock pick so that you don't have to buy into his subscription service just to find out. He claims that this company is "positioned to dominate both the broadband and 5G wireless markets across an ENTIRE CONTINENT".

Let's begin by going over the teaser for this investment opportunity.

There might be more than one teaser floating around the internet, but what I came across was a presentation that was titled The #1 Tech Stock of 2020.

In this presentation Yastine starts off saying that he'll show us how to make $1 million off of just one stock, which will then qualify you to be in the group of what he calls "one stock millionaires"... 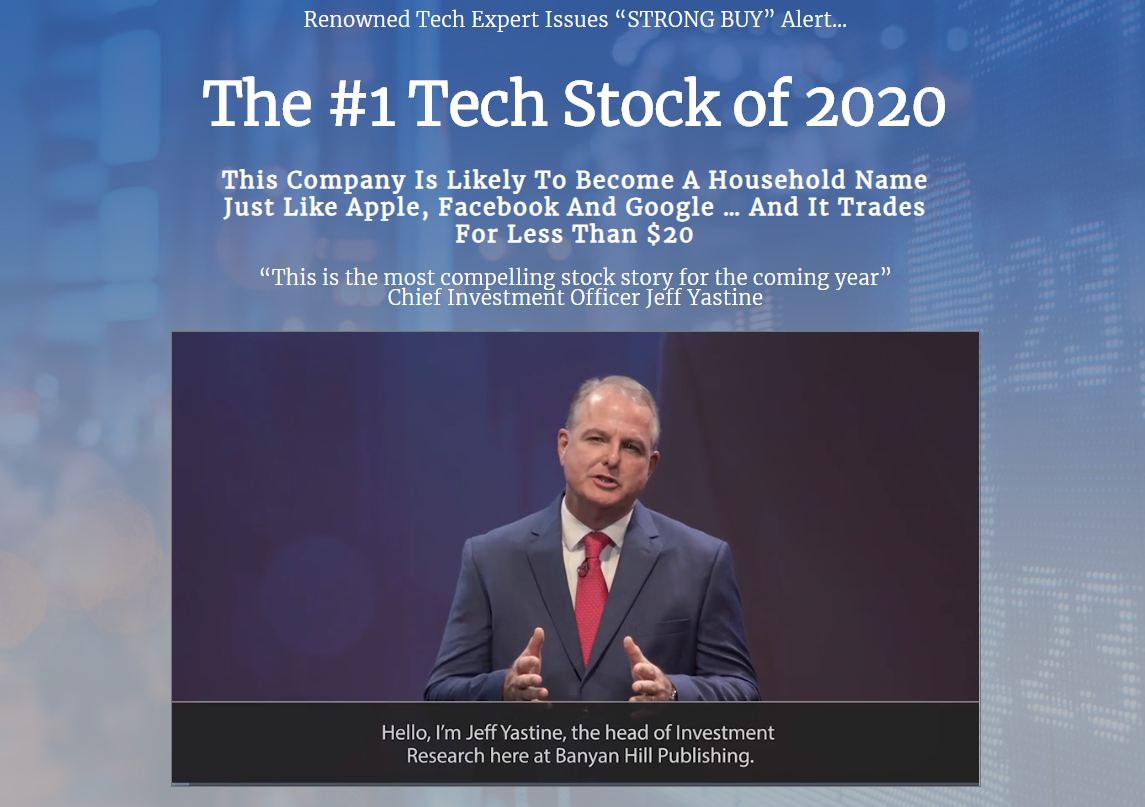 Sounds pretty amazing and all... but then again, Jeff Yastine is an editor at Banyan Hill Publishing and he's constantly coming out with new over-hyped teasers to lure in subscribers to his newsletter advisory services - this means you can't always trust what he says 100%... it's often hyped-up and misleading.

*Note: We've already exposed teasers from him like "The Hypernet" and "Q-Shares".

The opportunity that he talks about in this presentation is for investing in a company that he claims is "one of the most powerful yet unknown technology providers on the planet".

He also talks about how people use their services in over 20 countries to buy things online, watch movies, etc.... and how large companies like Amazon, Netflix, Facebook, Google and others depend on them to connect with customers.

You can tell it's an internet company right off the bat, and later he finally gets around to mentioning that they are indeed a broadband provider... and are ready to take over an entire continent... and as mentioned, are "positioned to dominate both the broadband and 5G wireless markets".

Some more of what we are told from the teaser include:

He even goes as far as to compare this stock to investing in Apple, Google, or Starbucks early on, claiming the stock he's going to reveal exhibits 3 important traits that all of these companies also exhibited.

And of course... this is urgent and you'll want to get in on this today. He even says to get in "within the hour if possible", but don't panic because this definitely isn't necessary.

If you made it through the entire presentation, which was pretty darn long, then you know it all ended in a sales pitch.

The idea is that you can get the name and ticker symbol of Yastine's 5G stock for "free" in his "free" report, which is titled How to Get Rich With This Little-Known Tech Stock... 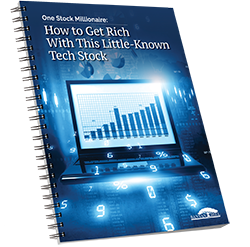 However, in order to get your hands on this "free" report, you first have to subscribe to his investment advisory service, Total Wealth Insider. This is basically a follow-along advisory service where subscribers are told what to invest in and when. The cost for a premium subscription is $79 a year.

*Note: He also gives out several other "free" reports for joining.

"Signs of a Millionaire Maker Stock"

We are told that the stock being teased here has all three signs that Apple, Google, and Starbucks exhibited early on, which are that it:

We know it's a internet provider company, so the audience here is obviously huge, and we are told that company insiders are scooping up millions dollars worth of shares, and of course Yastine believes this company will be catapulted forward from the 5G movement as well as some November 4th announcement.

But anyways... let's get to the point and go over what the heck he's teasing here...

Some of the other good clues he gives us...

What's the company being teased?

It's none other than Liberty Latin America (LILA), which Yastine predicts will grow exponentially in the years ahead due to 5G technology. This company is an internet provider in the Latin America and Caribbean areas.

Everything matches up here, along with a lot of the other clues I haven't mentioned, such as how Yastine talked about this company being a "spin-off" of some larger broadband company that dominated Europe - Liberty Latin America is a spin-off of Liberty Global, going public as their own company in 2018.

Yastine also talks about how the owner of this company, which he calls the "rainmaker", turns every business he touches into a success. He also brings up a quote from Barrons about this man, which reads that "Few people have made more money for investors over the past three decades than [this man]". The man they are talking about is John Malone, who has many spinoffs and has been highly successful. He's the largest voting shareholder of the company.

So Liberty Latin America it is... no doubt about it.

The company is heavily in debt, but profits are expected to grow by as much as 94% in the coming years, and besides, usually it's worthwhile to follow what John Malone is doing.

But seriously, do your own due-diligence on this company. And definitely don't fall for the marketing hype that Jeff Yastine is throwing at us.

Will this stock turn you into a millionaire just by investing a small stake? Well, it's not impossible, but I really don't know what Yastine is looking at when he says this. And analysts at CNN Business don't seem to agree either, judging from their 12-month forecast.

Does Yastine know something we don't?

And there you have it. I hope this review has helped and provided you with some value. Be sure to let us know what you think of this pick in the comment section below. We like to hear back from our readers!