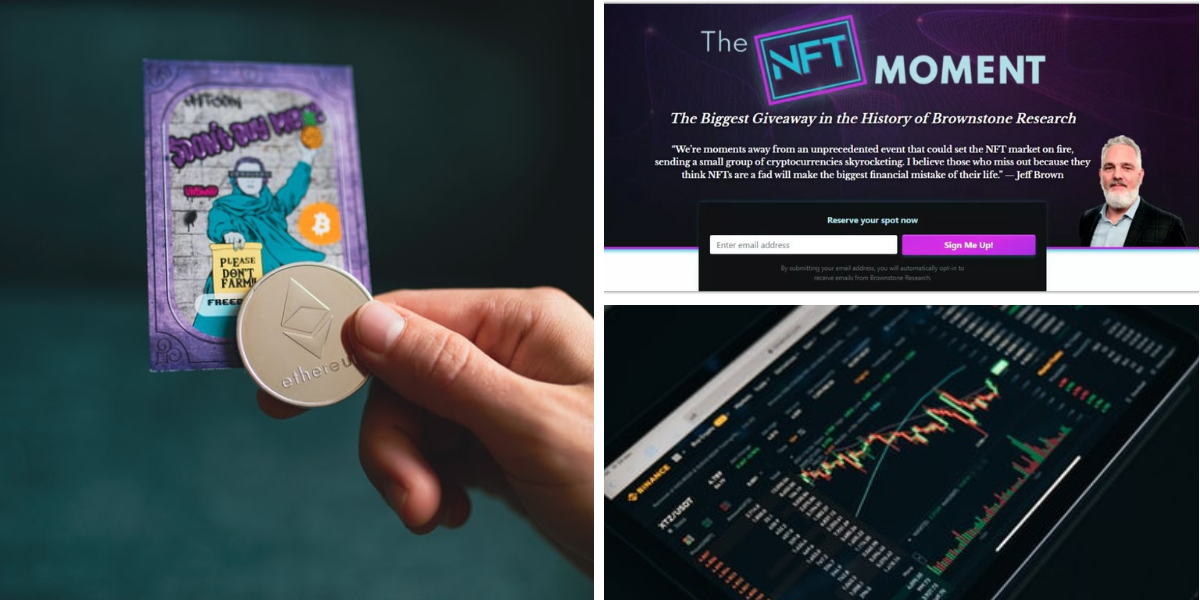 With the boom of many crypto coins nowadays, we highly bet that you’re on the lookout for crypto coins that you think are a good investment. With that being said, you may have also heard of Jeff Brown’s “NFT Moment.” And if you’re here looking for clues on what Jeff Brown’s picks are, then you’re in the right place.

But before we reveal his crypto coin picks, here’s everything that you need to know in his special broadcast below.

Before becoming an editor for newsletters such as the Near Future Report, Jeff Brown was a high-technology executive today with 25 years of experience. In addition, he has worked for many prominent tech firms. These huge tech firms include Juniper Networks and Qualcomm.

He is now is a founder of Brownstone Research and is an angel investor who is actively on the lookout for budding tech companies. In fact, some of his teasers include a Metaverse Company and an Apple Car Partner Company. Furthermore, Jeff Brown apparently also has access to specific information before everyone else discovers about them.

Jeff Brown joins host Christ Hurt in a special event called “The NFT Moment.” In this event, he talks about three NFT crypto coin picks that could generate four decades of tech stock gains in just as little as three months. But before we go into further details about Jeff Brown’s “NFT Moment,” here’s a little background about him. 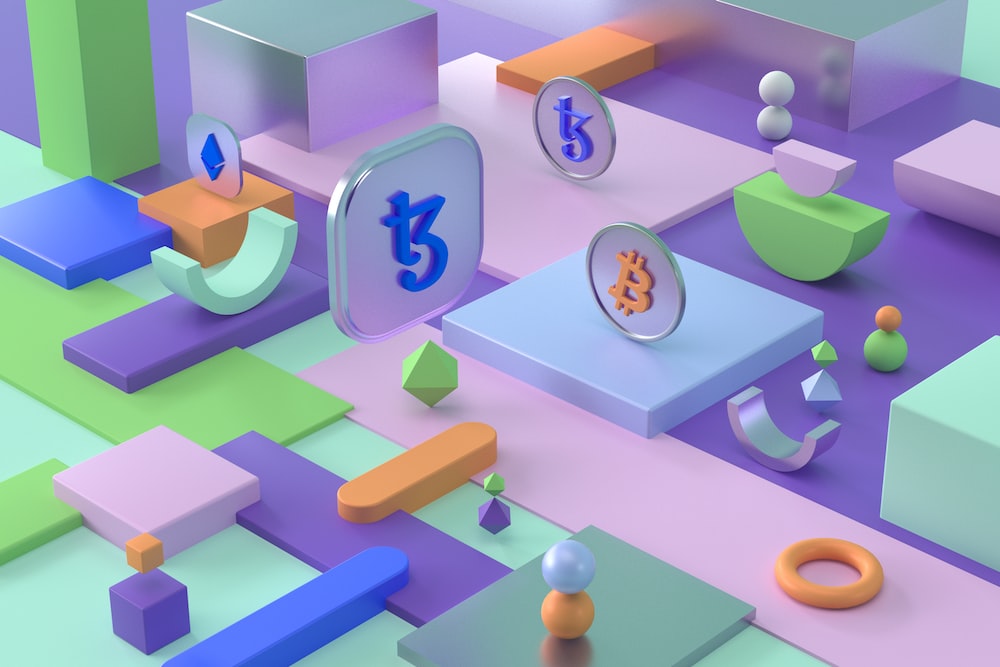 Moreover, he also likens investing in NFTs today similar to investing in bitcoin back in 2012. Although people regarded it as a fad, it will get eventually adopted by people and boom into profits, similar to how Bitcoin was disregarded by many people before. And Jeff Brown says that if you missed out on the rise of Bitcoin, this is another chance for you to participate in another once-in-a-lifetime event.

Pretty promising claims, right? Jeff Brown claims that massive gains are up for grabs if people decide to invest in what he thinks three NFT crypto coins that could boom in profits once NFTs get adopted by the market. And he says that a particular event will accelerate the adoption of these NFTs soon.

But of course, we know what happens next after all of this.

As expected, further details regarding Jeff Brown’s “NFT Moment” NFT crypto picks are locked behind a paywall. To gain access to such information, you will need to subscribe to Unchained Profits, an elite crypto research service run by Jeff Brown. He provides a 50% off subscription amount today if you came from his recorded special broadcast. But despite the generous-sounding discount, his subscription service still costs $2,500, which gives you a one-year subscription to his service. Gaining a subscription for Unchained Profits gives you access to Jeff Brown’s NFT Model Portfolio, a whole year of his crypto picks, and his buy-and-sell crypto notices. You will also gain access to other perks, such as exclusive entry to his members-only website and US-based customer service.

Fortunately, your wallet doesn’t have to hurt just to get more details about Jeff Brown’s “NFT Moment”. After all, we’ll be revealing his picks shortly (we’ll also include details regarding his free pick for those who can’t finish the lengthy broadcast), so do keep reading to find them out.

Well, How Do NFTs Work Anyway?

If you’re unaware of what NFTs are, we’ll briefly cover them for you and how they work before proceeding with this article. So, NFTs stand for non-fungible tokens. So, unlike trading fungible coins such as Bitcoin for another Bitcoin where you get the same thing, trading an NFT for another NFT won’t yield the same thing.

After all, NFTs are unique, with their unique identity authenticated with the aid of blockchain technology. In addition, NFTs often have finite amounts of supply. They then take this scarcity to the next level by making a distinctive token. Therefore, a small jump in demand could send NFT prices to the roof.

Although he claims that people may think NFTs are a fad, Jeff Brown asserts that people are missing out on massive profits of gains. For instance, many people simply labeled Bitcoin a Ponzi scheme. And later on, Bitcoin ended up with 22,750% profits.

Furthermore, he also likens today’s NFT moments to a time when an old New York Times article rendered the laptop computer “a fad that would soon die off”. And of course, we all know how essential laptops became nowadays.

To put it in a nutshell, Jeff Brown’s broadcast is here to say that NFTs are not a fad like most mainstream media would put it. And according to Jeff Brown, we are just moments away from an unprecedented event that will set the NFT trend on fire. So, if you don’t hop on the trend soon, you might be too late and miss out on another Bitcoin boom event.

And as stated above, he thinks that three crypto coins are set to benefit from this event that’s bound to happen shortly.

If you couldn’t make it through the lengthy video, we got you covered. After all, the video also couldn’t be fast-forwarded, and not all of us have the time to sit through such a long video. Considering that, we also included the free pick below so that you don’t have to go through the video anymore.

And even though it was hard to find out what the remaining three crypto coins are, we managed to find them. We also managed to confirm that they are the picks included in Jeff Brown’s pitch. It was all thanks to this subscriber who shared Jeff Brown’s crypto coin picks on this StockGumShoe thread.

So, here are further details regarding Jeff Brown’s crypto coin picks below. Here they are:

Solana (SOL) is a highly serviceable open source project backed on blockchain tech which offers decentralized finance or DeFi solutions. This project began in March 2020 and was created by the Solana Foundation in an attempt to transform the development of scalable crypto apps.

This crypto coin is a sample of an Automated Market Maker or an AMM. This project started in September 2020 and served as Uniswap’s fork. Moreover, SushiSwap also has a goal of diversifying the AMM field and adding extra features not included in Uniswap. Such features include boosted rewards for its network members using the project’s SUSHI token.

Civic is backed by a blockchain-dependent identification solution that offers users essential tools for controlling and protecting their personal identity details. Its platform is empowered with the aid of its Civic or CVC token, which is primarily utilized for all their corresponding transactions made by fellow Civic members.

Algorand is a network backed by blockchain tech. This self-sufficient and decentralized network supports various apps. Moreover, it also includes secure, extensible, and structured systems for its applications. It also offers computations that have vital and dependable performance, guaranteeing new means of trust for its users.

Will You Really Gain Four Decades Worth of Tech Stocks in Just as Little as Three Months?

So, will early investors easily gain four decades worth of tech stocks within three months as Jeff Brown claims? Well, if you’re already envisioning your future fancy penthouse that you’ll live in with all the money you think you’ll make upon investing in these coins, we don’t want to make your hopes high.

Even if Jeff Brown has years of experience to back up his claims, the volatility of the crypto market could significantly influence the prices of Jeff Brown’s crypto coins. Due to that, prices could fluctuate, leaving no room to guarantee that things will go in the direction Jeff Brown emphasizes in his special broadcast.

With that being said, you shouldn’t expect to quickly gain four decades’ worth of tech stock gains shortly. Still, you can try investing in Jeff Brown’s crypto coin picks if you think it’s worth giving them a shot. After all, these crypto coins are associated with promising NFT projects. Just don’t jump to conclusions and think you’ll quickly acquire massive gains overnight.

Do you think Jeff Brown’s NFT crypto coin picks will definitely generate four decades worth of tech stock gains in just three months? Or are there any other NFTs that you think could generate life-changing gains? Let’s discover together and see if we can really make gains like Bitcoins holders did!