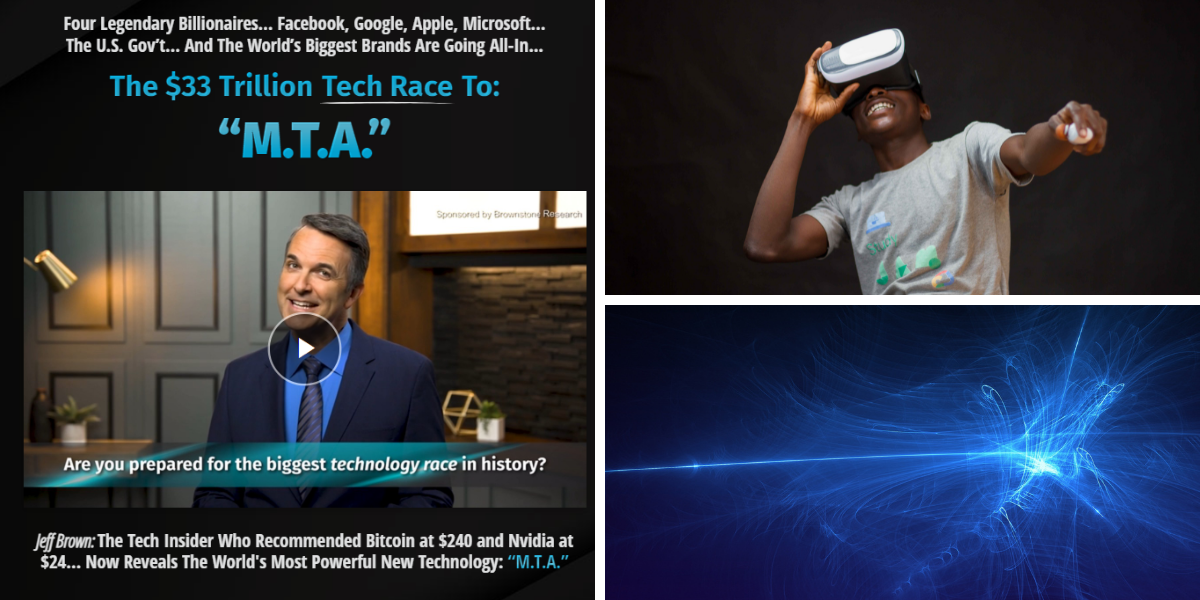 Are YOU prepared for the biggest technology race in history? This is the question posed to us by host Chris Hurt.

“Experts” are expecting this new unstoppable technology to be at the forefront of an economic transformation, a $141 trillion-dollar shift, and we’re not talking about blockchain or crypto here. This new technology is called: “M.T.A.” and its being called “the world’s most powerful new technology”.

This innovation is so huge, that Facebook has in fact shifted their entire trillion-dollar company into M.T.A. – hiring 20,000 new employees and investing upwards of $20 billion in the process. 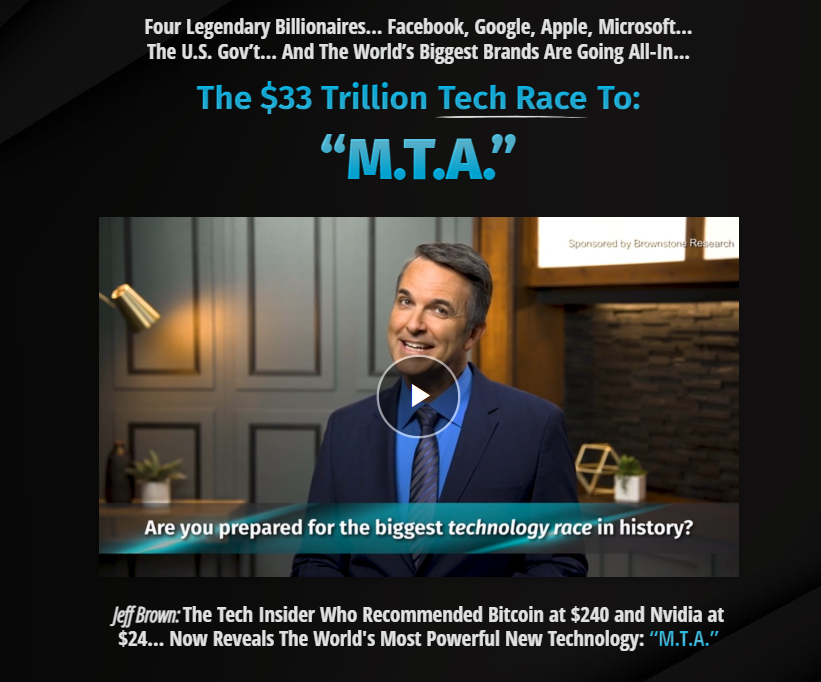 Our presenter is the notorious Jeff Brown, who has been a silicon valley insider for over three-decades now. During this time, he’s executed over 250 deals as an angel investor, supposedly pocketing gains as high as 4,300%, which amounts to a 43x return on his money. Jeff is nothing if not prolific, we can atest to this having covered many of his presentations here in the past, including his Apple Car Partner Company and “S.C.G.” Company for 4,572% Growth, most receently.

Apparently, everyone from Google, Apple, Microsoft, Tesla, Amazon…the usual suspects to Disney, Netflix and even Blackrock is rushing to bring M.T.A. into the mainstream. Jeff says that regardless of who will be first to dominate M.T.A., one thing is for sure – “a giant wave of new millionaires will be created”, for those who get in early. Adding that “we may even witness the first trillionaire born off this wild new trend”.

To his credit, Jeff has called some of the biggest moves in technology history. Starting with his write-up to buy bitcoin in 2015 back when it was just $240 and followed up by a buy recommendation on NVIDIA stock in 2016, when it was trading for just $24 per share. Should history repeat itself here, as Jeff believes it will, triple and even quadruple digit returns may be the order of the day.

If Jeff is right, then a new technological wave is now upon us. One similar in scope and importance to the advent of the radio in the early part of the 19th century, the television, which reached 80% of all households in just 10 years, and most recently the internet whose rate of adoption was even faster. 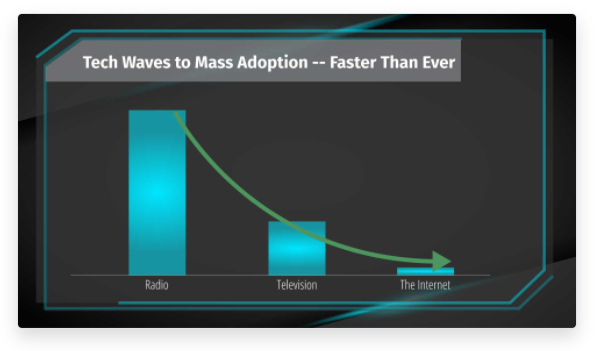 Today, we’re going to find out exactly what this historic new technology is first-hand and also get Jeff’s #1 M.T.A. stock pick (ticker symbol and all). Keep reading.

Like all of Jeff’s presentations, this one too is a pitch for one of his investment newsletters. This time, its for The Near Future Report and the annual cost is $49. 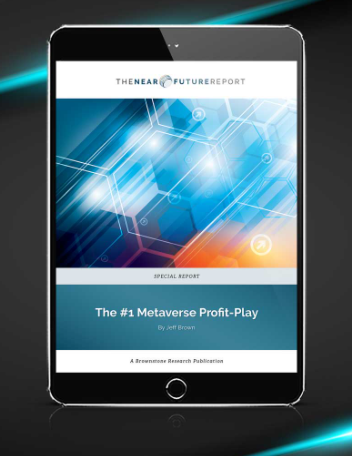 This will get us access to his special report The #1 Metaverse Profit-Play, which contains the M.T.A. stock pick, 12 regular issues of The Near Future Report, two other special reports, and full access to a model portfolio.

The brand new technology that Jeff has dubbed “M.T.A.” is in fact “The Metaverse” and one of the world’s biggest companies is leading the charge on it.

This company of course is Facebook or Meta if you will, the world’s 7th largest by market capitalization and it is lead by the world’s 8th richest man by net worth – Mark Zuckerberg, who has recently shifted the focus of the $900 billion dollar company on one thing: The Metaverse. So what exactly is the futuristic sounding buzzword?

Essentially, the metaverse is an immersive 3D virtual world that can be accessed via the internet, where people gather to socialize, play, and work. Personally, memories of Linden Lab’s Second Life come to mind. But, surely the world’s most valuable companies pouring billions into the space in a bid to commercialize it see something much more? Especially since combined, they’ve acquired over 100,000 patents related to The Metaverse in the last few years alone, gearing up for the massive rollout we are now starting to see. 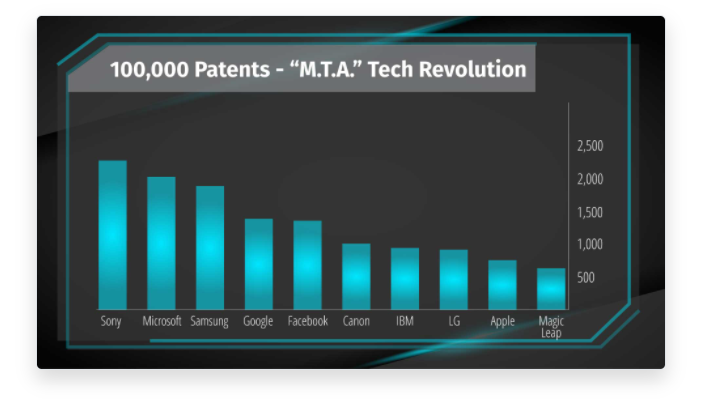 Indeed, when one looks at what game developer Epic Games has been able to do with their wildly popular Fortnite title, which has gone on to generate billions of dollars in revenue since its 2017 release and the potential becomes clearer. Beyond simply a gaming-related experience, imagine attending virtual concerts as have already taken place within The Metaverse, buying one-of-a-kind digital art such as NFT’s, and transacting exclusively in crypto.

Thus, its no surprise that Jeff’s free stock pick is Meta Platforms Inc. (FB), formerly known as Facebook, to immediately get invested into the technology of the century, The Metaverse. But he’s also identified another company that he believes all these dominant tech titans will have to go through to in order be able to fulfill their vision for The Metaverse. Let’s try and find out what this might be.

In typical Jeff Brown fashion, there are scant few details revealed about this investment. But here is what we do know:

…and that’s it. We weren’t kidding when we said precious few details were revealed. Thankfully we know its The Metaverse that’s the driving force behind this investment and what we are going to take a deeper dive into below.

Is The Metaverse “The Next Big Thing?”

Metaverses or virtual worlds have existed for the better part of two decades now. But the current iteration being proposed is a bit different, as it entails mixing several technologies including augmented and virtual reality (VR/AR), 5G, and more.

While the lofty goal may be to create a virtual successor to the internet itself, much of the underlying VR/AR technology remains to be developed. Hence the arms race that has been taking place ever since Facebook acquired Oculus VR for $2 billion in 2014. Since that time Microsoft bought out AltspaceVR and Apple purchased virtual reality startup NextVR, among other notable deals, so money is definitely pouring into the space, which checks off one box necessary for above average growth.

There is also the consensus that the economy is becoming increasingly digitized, with working from home, e-commerce, and digital art in the form of NFTs all on the rise. In the last quarter alone, some $10 billion worth of NFT’s were traded. Should this continue, then it isn’t all that crazy to fathom a point where the digital version of a physical object may be worth just as much, if not more. According to some, that time has already arrived.

This may be the key question to ask in all these hypotheticals…is a digital-only asset, such as a work of art, virtual real estate, and the like worth anything?

Is The Metaverse going to become the new internet or is it just a passing fad? Have you already dipped your toe into investing in digital assets? Let us know in the comment section below.