Jeff Brown’s “Great Reset” Pitch – How to Triple your Money? 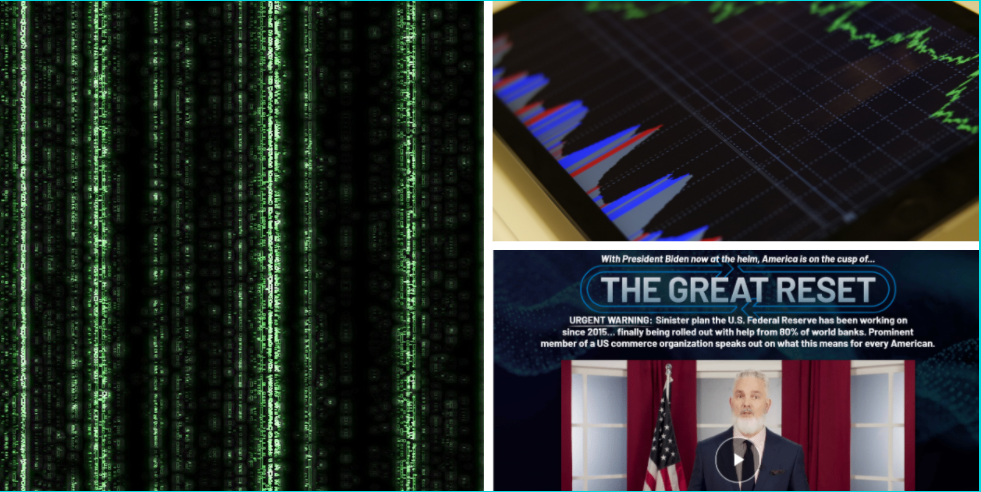 Wall Street investor and self-described visionary, Jeff Brown is back. In one of his first pitches of the year, he talks about the “Great Reset” agenda being peddled by international organizations like the World Economic Forum (WEF) and big tech. He talks about this being used to usher in a “new normal” and that this will create some opportunities for people in the know, including a fintech company which he has personally identified, which is capitalizing from the change in people’s behavior the world over.

Given the claimed disastrous impact such a “Reset” would have on the life of average Americans. Let’s see what this is all about and identify the investment opportunities he sees emerging out of this chaos.

In the “Great Reset” pitch, Jeff Brown talks about a Fintech company that you can invest in to capitalize on the government’s push for a digital coin in the next years. According to his research, this particular company could help you triple your initial investment in just a few years time, as the entire banking industry is already switching from fiat currencies to digital currencies and blockchain technology. 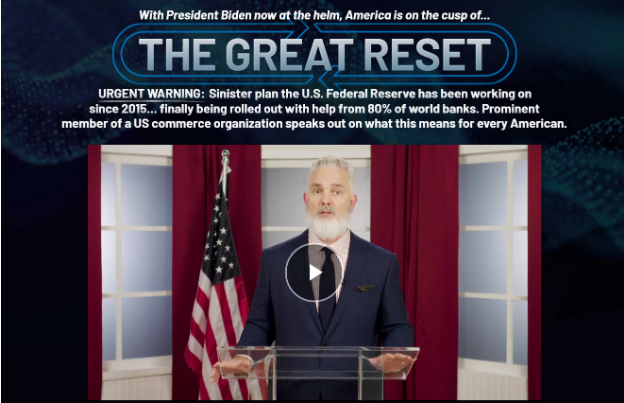 Jeff Brown retired from his 25 year executive career to start two of the most famous and well known investment newsletters in the world, in The Near Future Report and Exponential Tech Investor, respectively. Which have collectively gone on to gather around one million subscribers. Jeff was born, educated, and started his career in America, but spent the last two decades living and working in international markets. Giving him a unique top-down, global perspective on business and investing. We have also covered several of Jeff Brown’s teasers here in the past, including: Pre-IPO Codes and Miracle Antibiotic Company. So we are very familiar with his work.

Brown’s pitch and claims are nothing new. In fact, there are two variations of this same newsletter currently circulating on the Internet, mentioning the same two investment opportunities and talking about the disastrous effects of the current Coronavirus pandemic, as well as how he thinks that most of the resulting restrictions were conjured by “members of several globalist organizations” to push an agenda that would severely restrict personal freedoms and fundamental rights.

What Brown fails to understand or mention in this newsletter is that the pandemic didn’t specifically target the United States and its constitutional rights but has affected the entire world and continues to effect millions of people’s lives every day.

Brown’s pitch is replete with assumptions and theories. He talks about various “agendas” being pushed by world leaders, fearing that the ID coins will wipe clean all previous records and belongings, including “the money in your bank account and your retirement savings tucked away in an IRA or 401(K).” Although he continues by saying that is unlikely to happen, “what I have come across are rather shocking developments going on in America right now that are deeply concerning”. 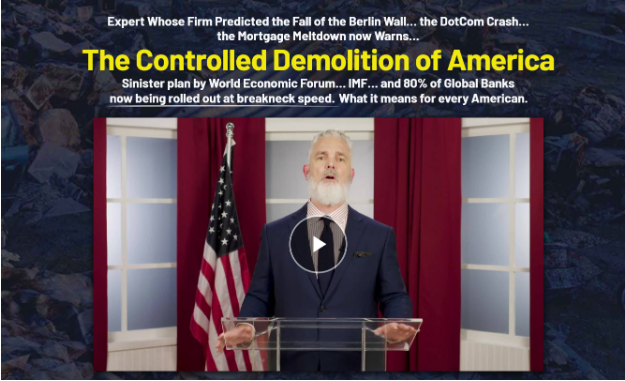 Brown then goes on to talk about “two of the largest (and most beloved) companies in America ALREADY beginning to roll out the first phase of the ‘Great Reset’ to 205 million Americans”. According to the author, the purpose of this “Great Reset” is to dismantle the American financial system and replace it with a newer system, a system where owning nothing and being happy is more important than our constitutional rights and where a basic living wage is guaranteed in exchange for this lack of ownership.

Brown fears that America, under the current presidency and taking advantage of the climate created by the pandemic, will switch from capitalism to “a new kind of social economy”. One that will be a dangerous new “system” where climate change, sustainability, and “fairness” are more important than our constitutional rights…He bases his claims on the fact that the state already dictates which businesses can remain open and which ones cannot, based on arbitrary criteria.

What the author fails to mention is that, such restrictive measures didn’t only hit the United States, but that most countries around the world took similar approaches in an attempt to contain a phantom virus under the guise of preventing it from spreading and crippling the health care system.

What Jeff Brown is seeking through his latest marketing newsletter is to have people sign up for his investment program, The Near Future Report for $49 per year. Unlike some other programs signed by the author, this one is affordable and contains, apart from the 12 monthly issues of the report, another special report, “My #1 FinTech Play for the Great Reset: How to Triple Your Money As Cash Goes Digital”, five other reports containing great tips on investing in the latest stocks.

Those who wish to subscribe will also benefit from a 60-day money-back guarantee, so you can always receive a full reimbursement if Brown’s subscription program doesn’t live up to the hype. Hopefully, there will be no need for that, as we attempt to reveal Brown’s digital economy opportunity next.

While talking about the current pandemic, Brown claims that “the elites are using the ‘narrow window’ of the pandemic to seize control over the American way of life, imposing a series of restrictions that are stripping people’s fundamental rights away.

He goes even further, saying that the first step of this “Great Reset” was made long ago “by Apple and Google to install a brand-new technology that can trace the movements of anyone with an Apple or Android smartphone”. Together with the cashless policy adopted by some businesses to prevent the spread of COVID-19, these could be valid signs that we are hastily transitioning towards a digital economy. 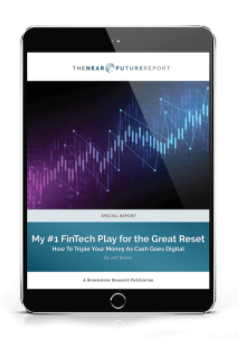 Brown also mentions that other countries like China, the Bahamas, and Sweden have already introduced digital currencies regulated by the state, which should be the case with the United States in a few years time. Locally, the idea of a Fedcoin has been discussed by the governors since 2015, so it comes as no surprise that the current pandemic created the ideal context for this idea to bubble back up to the surface.

Already, cashless apps like Google Pay and Apple Pay seem to be the future of online payments and with VISA filing a patent to introduce a Digital Fiat Currency, we could see a cashless society sooner rather than later.

Brown sees in all of this a unique investment opportunity hidden in the reset that will “potentially make you more in the next 6-12 months than you’ve made in your entire life”, assuming people will take his advice and follow his investment tips of course.

As a former investor, Brown says that he has sold all the gold he previously owned and no longer recommends people buy gold or own gold stocks anymore. Instead, he talks about “two emerging technologies that could provide you generational wealth”.

He goes on by saying that “the Fintech boom is being driven by the end of cash – fueled by the pandemic and the Great Reset”. According to him, over the last three years Wall Street has invested nearly $300 billion in promising Fintech start-ups like Adyen, Stripe, and Klarna.

So, what is the investment opportunity he teases? In the report we previously mentioned, Brown promises to reveal the name and the ticker symbol of his “#1 FinTech Play for 2021”.

Unfortunately, there aren’t any more clues offered by the author, which makes it nearly impossible for us to identify the investment opportunity he is teasing.

Are you already invested in the emerging fintech sector? What about cryptocurrencies like Bitcoin? Let us know in the comments section below.