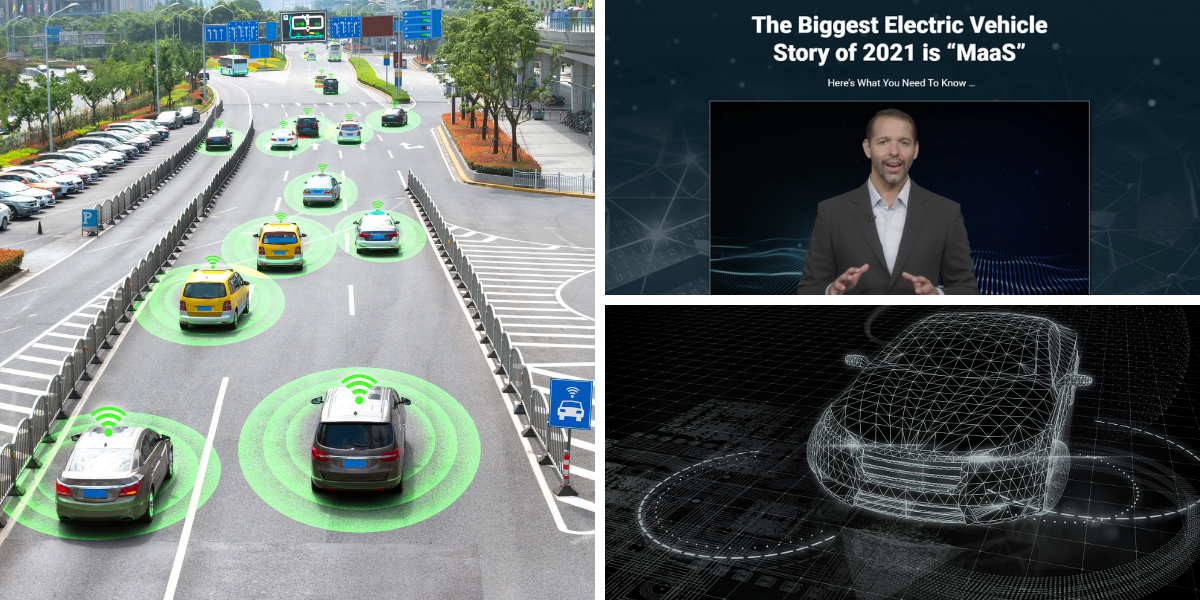 Recently I came across a new investment teaser by Ian King for a "MaaS" stock, and if you're wondering what this stock is then you're in the right place.

He claims MaaS is "the biggest tech trend you've never heard of" and that there is "a company he believes is perfectly positioned to help investors double their money in the coming moneys, and 10x their money by 2030".

It's this company I'll be exposing for you, but let's start out by going over the teaser a bit... 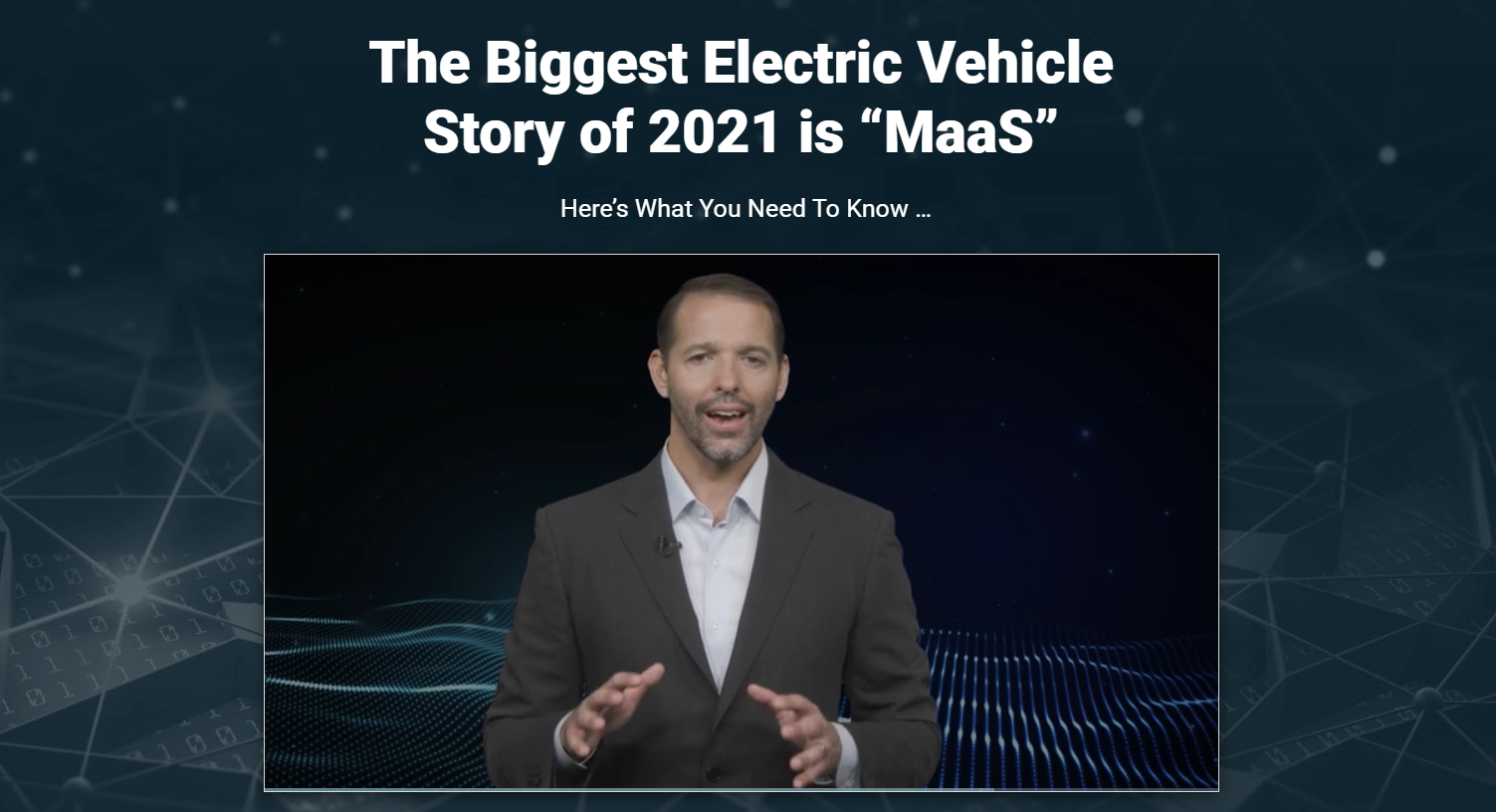 As we know, Ian King is the guy behind it all. He currently works for Banyan Hill Publishing where he runs several investment advisory services, such as the one being pushed through this teaser presentation. Before all of this King worked on Wall Street. He started out at the age of 21 working at Salomon Brothers in the mortgage bond trading department and went on to eventually help manage a hedge fund at Peahi Capital, impressive no doubt. However, we've learned from coming across some of his other investment teasers, such as his Fintech stock teaser and that of his New Era Fortunes Summit, that you sometimes have to take what he says with a grain of salt.

In this MaaS teaser, King tells us that the opportunity is huge. According to him, right now it's valued at just $70 billion, but is expected to hit $1.8 trillion by 2028.

It's all about the convergence of two technologies that's "going to change everything". It is said to impact how we live, how we move, and King claims it "will be the biggest change to transportation in the last 135 years".

So it's all about transportation. He goes on to talk about how the last big change in transportation came about with the convergence of two things: Henry Ford's assembly line which drastically cut-down the time needed to manufacture cars and John D Rockefeller's oil business which drastically dropped the price of gasoline, which led to a massive increase in car usage, going from 2% in 1910 to 77% in 1929.

This is supposedly going to be the next big change... and of course he teases one particular company to cash in on this new development.

But, as is usually the case, this information isn't free.

In order to get the juicy details on the stock being teased, which are provided in the report titled Mobility as a Service: A $1.8 Trillion Revolution, you'd normally first have to subcribe to his investment advisory service, Automatic Fortunes... 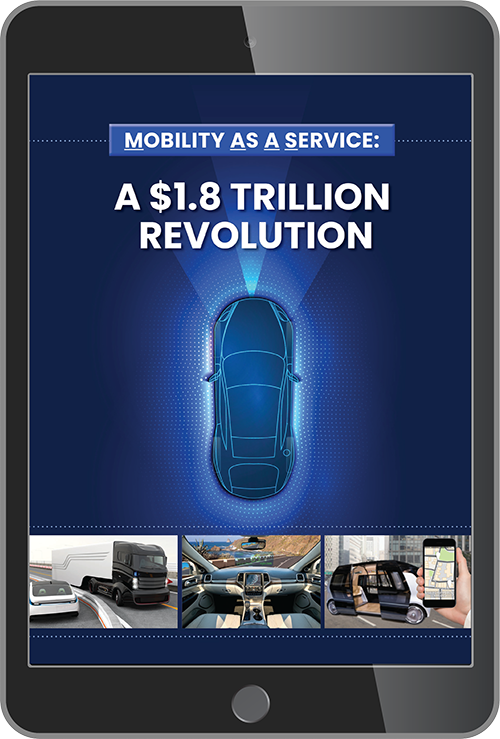 You can get in for just $47/yr, but wouldn't you rather just find out the stock he's teasing for free?

Ya, I thought so.

Well then, let's talk a bit about what this "MaaS" actually is and then expose this stock once and for all.

What the Heck Is MaaS?

So, what is this "MaaS" stuff Ian King is talking about?

MaaS is all about the convergence of 3 technologies to make transportation more efficient.

As I mentioned above, King thinks this will be the biggest change to transportation in the last 135 years. He talks about how cars have hardly changed since being invented, stating that besides the power windows, chargers and heated leather seats, not much has improved.

The 3 technologies behind this "mobility revolution" that he's talking about converging are:

Sure, EVs have been a thing for quite a while now, but we still haven't seen the mass mainstream adoption that everyone was expecting early on. However, with rapid improvements made in battery technology dropping the prices of EVs, the number of EV models available to the public is expected to triple in the next 3 years. Couple this with the increasing power and decreasing cost of semiconductors that power the AI behind self-driving technology and mass adoption of self-driving EVs is growing nearer and nearer.

And we're not just talking about the typical self-driving vehicles you see on the road today. You know, the ones that you can drive manually or opt to have drive themselves. We're talking about a whole new wave of self-driving EVs coming to market, some of which won't even feature manual controls, such as this one from Zoox (recently acquired by Amazon) King showed in the presentation... 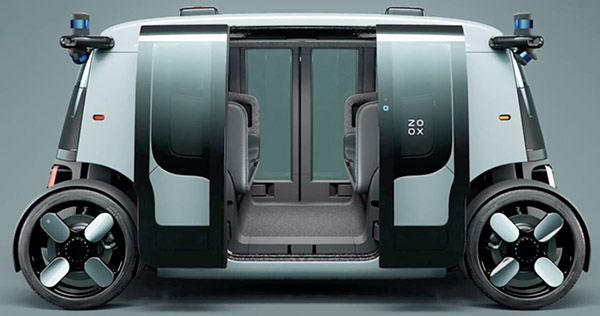 The improvements and convergence of these technologies creates the perfect storm, and Ian King of course is teasing one particular company to capitalize on this growing trend and make you filthy stinkin' rich.

Let's expose that stock, shall we?

The MaaS Stock Being Teased

So, what is the MaaS stock Ian King is teasing? What company is it in this space who's "revenue is expected to surge over six times between now and 2024"?

Well, here are some of the better clues we were given...

And we're also told that the stock is trading at under $30 a share... which King doesn't expect to be the case for very long.

Any guesses of your own?

If you were thinking Velodyne Lidar (VLDR) then you'd be right.

Velodyne Lidar is a company based in San Jose, CA that provides LIDAR tech for autonomous vehicles, driver assistance, robotics, mapping and more. Their products include surround sensors, solid state sensors, close range sensors, and software to accompany some of these sensors.

Some of the clues given weren't 100% verifiable, such as how King tells us that this company's LIDAR tech was used for GM Cruise's 1,400 left-turn self-driving car test, but Cruise has used Velodyne's sensors so it's certainly not out of the question.

Other than that the clues given match up very well for Velodyne being the MaaS stock here.

But, does this really have 10x potential in the coming years if you get in now?

10x Your Money If You Invest Now?

Velodyne is a relatively new investment opportunity. the company just went public in September, 2020 and has big plans moving forward.

They have predicted 6x revenue going from 2020 to 2024, and this is coming from new low-cost LIDAR sensors, "close, advanced partnerships with Ford, China’s Baidu (NASDAQ:BIDU) and Hyundai Mobis", and how the market for their 3D LIDAR technology is expected to reach $2.9 billion by 2027 (just one estimate).

Not only is Velodyne a leader in the space, but it's also worth noting that they are a less risky choice than many other competitors due their diversification - developing LIDAR for robotics and other areas, not just self-driving vehicles.

Should you expect 10x gains like King teases? Well, this is a speculative prediction, but certainly not impossible.

As always, do your own due-diligence and never invest more than you can afford to lose... although this company appears to be financially healthy and well-positioned.

And that's all folks! I hope this quick review has provided you with some value. As always, be sure to let us know what you think of this stock pick in the comment section below. Is it a 10x opportunity like Ian King tells us?