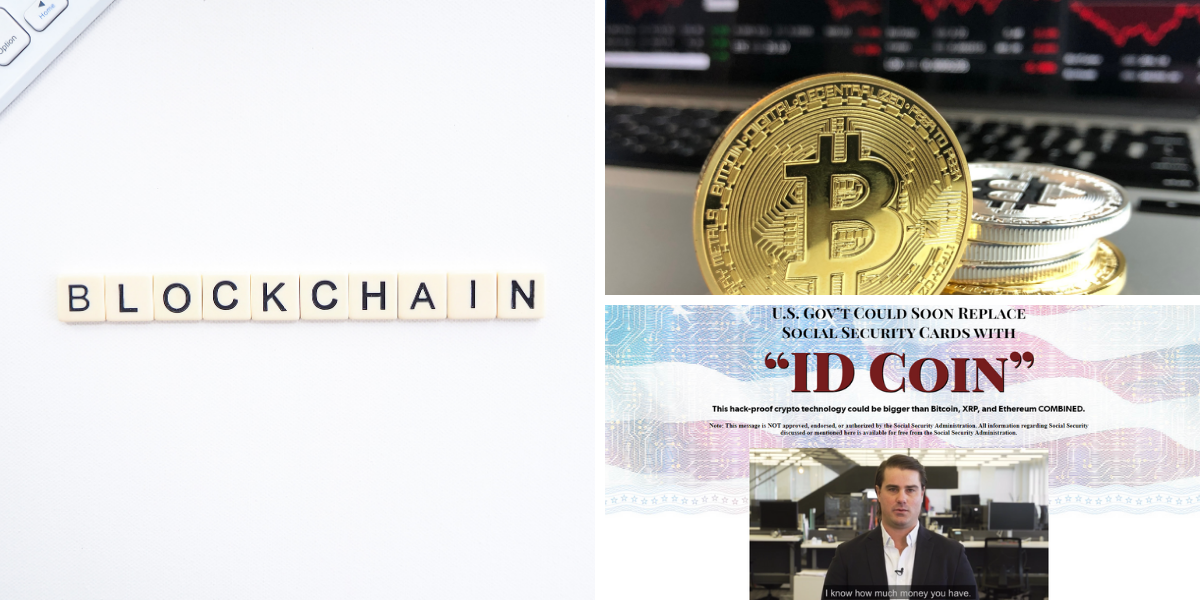 In his latest marketing pitch, author John Engel talks about a new type of crypto technology, which he refers to as an “ID Coin” that secures your personal data and even keeps it safe from hackers. He calls it “the biggest crypto opportunity in 10 years” and teases a way to invest in this new technology for gains of up to 100x in just a few years.

As with any similar pitch, people must understand that the hype around some investment opportunities will never translate into the desired financial performance and that every investment carries an inherent risk. In most cases, if you see bold affirmations like “4,300% profits or more” chances are, you should run in the opposite direction.  So, is Engel’s hype in this teaser translating into real profits or is it just more of the same? Let’s delve deeper into his “ID Coin” pitch and analyze the investment opportunity behind it.

According to Engel, “this hack-proof crypto technology could be bigger than Bitcoin, XRP, and Ethereum COMBINED”. He urges his readers to dive into this opportunity and expect huge profits in the next few years.

John Engel is the editor of the Stansberry Innovations Report, where he aims to show readers how to safely invest in up-and-coming technologies. He also pulls double duty as a research analyst for the Stansberry Venture Technology premium advisory service focused primarily on emerging biotechnologies. Something he has some specialized expertise in, having previously worked as a research scientist in a drug discovery lab where he spent years developing novel therapeutics.

As with other similar letters, Engel urges people to take advantage of this new investment opportunity by subscribing to the Stansberry Innovation Report for $79 per year. We have covered Stansberry reports here in the past: The Ugly Truth Behind America’s Economy and A Review of Stansberry Innovations Report.

Those who do will receive a special research report, How to Make Life-Changing Gains from this ID Coin Revolution. As part of the package, together with 12 issues of the report, you will also receive four other special reports, and a digital copy of the books “The American Jubilee” and “The Battle for America”.

Engel starts his pitch by saying that “within months, a breakthrough new crypto-based technology could end all forms of computer hacking as we know it… and the need to ever have a traditional password ever again.” The author then claims that “with this technology, NO ONE – besides you – will ever ‘own’ your data again, even temporarily.” Definitely a welcome statement given the exact opposite that is currently occurring.

What he is referring to here is a unique 34-digit code that, “unlike a password, is impossible to reverse engineer, according to Forbes”. He calls these codes the “ID Coin” and even goes as far as saying that “I expect that in the near future, infants will be issued their ID Coin code in the hospital the day they’re born…much like a traditional Social Security Number today”.

As unrealistic as this may seem, the tech is “NOT just some futuristic dream”, as around 1 billion people in Asia already use some form of ID Coin. China implemented a similar system a few years ago that allows its citizens to get these ID’s and purchase everything through an app on their phone. The app holds their virtual wallets and allows citizens to pay taxes, pay for new gadgets, food, have access to medical healthcare, and even become eligible for houses in better neighborhoods.

For this and other reasons John claims that this tech “could be 100X bigger than any crypto… token… or similar technology to date.”

Unfortunately, for those wanting to find out more about this investment opportunity you are being prodded into purchasing a 1-year subscription to the Stansberry Innovation Report for $79 per year. Those who choose to sign up will also receive full access to over 160 special reports on various topics that those already familiar with the Stansberry Report will be accustomed to. 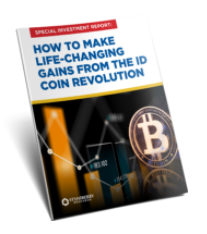 Regardless, there are various interesting aspects about this report worth mentioning, so keep reading.

Engel refers to sequence of 34 digits that compile a unique code that, “unlike a password, is impossible to reverse engineer”. According to him, people from all over the world will soon start adopting this new form of currency as data security becomes all the more important.  The senior analyst at Stansberry Research says that he predicts “Bitcoin and every other altcoin to date have only been laying the groundwork for a much bigger crypto revolution centered on ID Coin”.

In September 2020, the United States Congress passed a new bill aimed at “improving digital identity”, which sets the groundwork for America to adopt this ID Coin in the near future. The premises are simple – more and more people are the victims of online identity theft and digital fraud, as the American system fails to provide data security to its citizens. With just the click of a button, everyone’s private information – including full name, phone number, address, credit scores, and other sensitive information can be disclosed, which is why over 19 million citizens have dealt with one form or another of identity theft in the US, in 2019 alone.

Under these circumstances, the ID Coin Engel teases could prove a tangible solution and, truth be told, it would be overdue. The European Union has already implemented strict GDPR rules to protect the private data and identity of its citizens, while other countries around the globe have implemented similar regulations as well.

According to the author of the newsletter, this ID Coin could be bigger than the 83,000% gains chalked up by ETH or the 100,000% plus profit on Bitcoin. And, if you act now, “you could easily see gains of 500% in the coming years.” He also says that “ID Coin’s growth could realistically be 10 times higher than any ‘first-generation technology.”

Unfortunately, Engel only teases an investment opportunity related to the so-called ID Coin but doesn’t actually share any other details about it. However, the author does claim that one form of this ID Coin is being used by Estonia (of all places) and that the US military plans on using a similar tech “to secure its nuclear arsenal.”  and follow in Estonia’s footsteps.

Although John Engel doesn’t reveal much about the investment opportunity itself, his claims are of substance as we experience a dramatic shift in the world economic paradigm, switching from physical, fiat currencies to alternative digital payment methods. From credit card companies like Visa, MasterCard, and American Express to the myriads of alternative digital payment methods such as PayPal, Google Pay, Apple Pay, Samsung Pay, Venmo, and Circle Pay – we cannot deny the increasing popularity of digital currencies to the detriment of paper money everywhere.

The blockchain technology making much of this possible, is also part of Engel’s talking points. Going back to the very beginnings of Bitcoin in 2008, the author says that the tipping point for ID Coin technology was created then also and is leading to the creation of something “bigger than the Internet explosion of the late 1990’s…which caused the NASDAQ to multiply five-fold in a few short years.”

Although blockchain technology will continue to increase in popularity and spawn constant new investment opportunities, it is hard to tell exactly which cryptocurrencies will be the ultimate winners. With over 4,000 altcoins currently available and new ones being created all the time, the only profitable ones over the last few years anyway have proven to be some of the the original ones – Bitcoin, Ethereum, and Ripple (XRP) predominantly.

Adopting a national ID Coin will prove tricky in terms of investment, especially if it will be legal tender, like fiat currencies are today. Cryptos and blockchain technologies quickly increased in popularity largely because they offered an alternative that was at one time untraceable but also not regulated by the state, whereas an ID Coin wouldn’t seem all that different from a fiat currency.

If the underlying technology being used to power ID Coin, will be powering a new legal tender digital currency, controlled by federal governments. It’s ceiling will be decidedly limited.

What do you think about this supposed ID Coin teased by Engel? Would you be tempted to invest in the technology powering new innovations like the ones mentioned here? Let us know your thoughts in the comment section below.