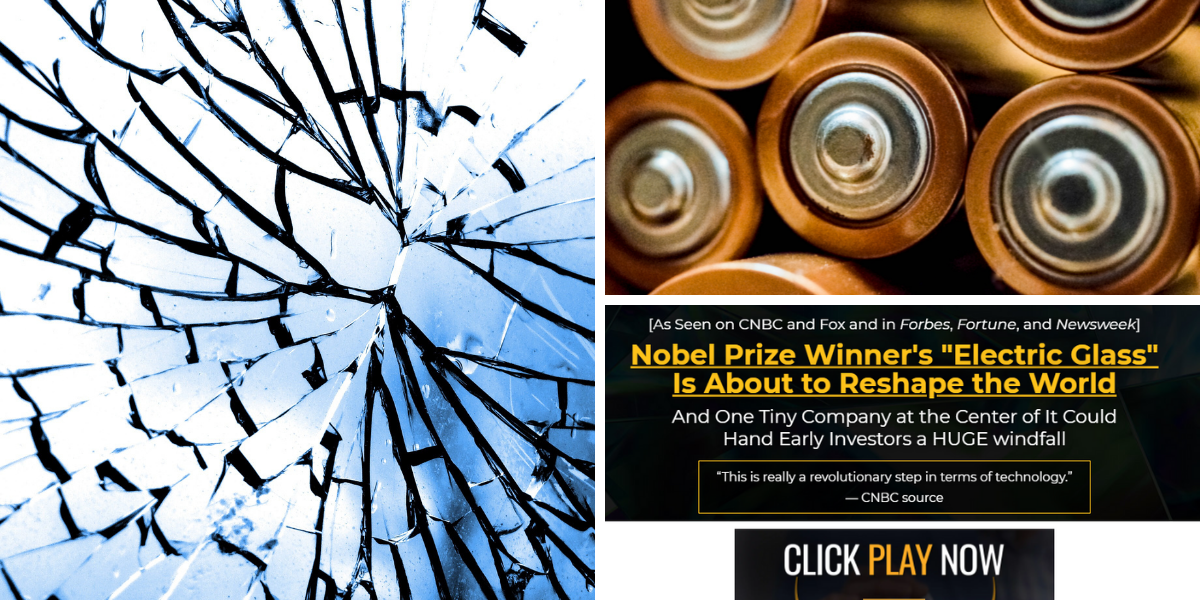 Former investment banker Jason Williams is here today to talk to us about how “a highly conductive glass” is going to create an energy revolution and that there is “one tiny company at the center of it all”.

For those who have seen their fair share of investment newsletter pitches, this one starts out in a similar fashion with mention of “revolutionary technology” that you need to “get in early on”. Despite this, lets see if this “electric glass” can really reshape the world or if its all smoke and mirrors.

Williams begins by mentioning how small pieces of “highly conductive glass” are ten times more powerful than even Tesla’s lithium-ion batteries and can help power an entire city. Creating a disruptive, cheaper, cleaner, more efficient way to provide power as opposed to electricity. 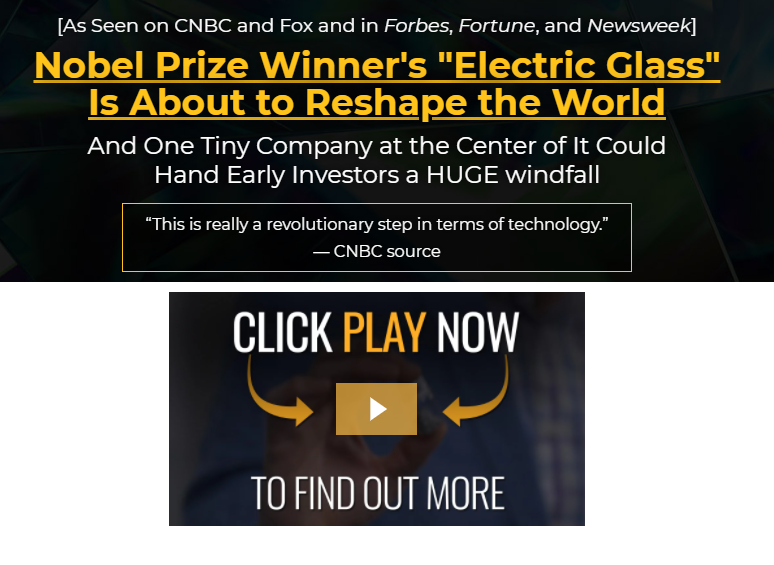 Jason Williams has worked as an investment banking analyst for Morgan Stanley and “built up a network of CEOs, billionaire investors, startup funders”, etc. from scratch. He left Wall Street to become an investment consultant and is also the founder of “Main Street Ventures”, a pre-IPO investment service. We have covered one of Jason’s previous Angel Publishing teasers here – “Farm Cash” which strides an entirely different chord and talks about royalty streams.

According to Jason, as more homes and businesses convert to solar, they’ll need “Electric Glass” to help them store their excess energy for later. One of the reasons cited for solar’s lack of adoption to date is its hefty price tag, with expensive lithium as a primary material, it can get quite expensive.

This is where “Electric Glass” comes in, as one of its primary ingredients is plain old sodium. Which costs around $3 a kilo compared to about $9 for a kilogram of lithium.  So not only is “Electric Glass” 10 times more powerful than lithium-ion batteries, but “it may only cost a third of that to install a powerful solar battery on your home”.

Jason thinks this is just the beginning.

As usual, in order to find out the name of this renewable energy play, you are asked to pony up $99 for an annual subscription to The Wealth Advisory, which is an Angel Financial publication. 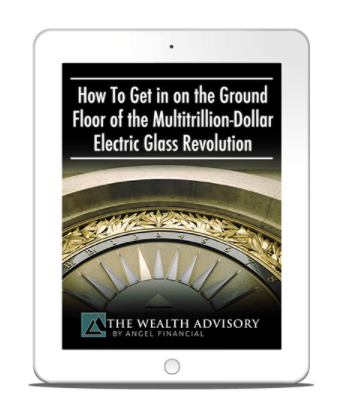 For this price, you will get access to the special report “How to Get In On the Ground Floor of the Multitrillion Dollar Electric Glass Revolution”, where he reveals the name and ticker symbol of the company that creates “electric glass batteries” as well as 12 monthly issues of the newsletter, VIP access to its private archives, weekly market updates and two special bonus reports.

What in the World is Electric Glass?

As the pitch continues, it becomes evident quite quickly that what he refers to as “electric glass” is nothing more than solid-state batteries, which aren’t new by any means. In fact, they have been teased and discussed by many other investment advisors before, so the novelty claims Williams was relying on are far from reality. These batteries have also been referred to as “forever batteries”, “Quantum glass batteries”, and yes even “Jesus batteries”. There are currently a number of companies that manufacture them and the same “glass battery” tech that Williams is teasing here, is the exact same one that was teased by Matt McCall, in 2020. 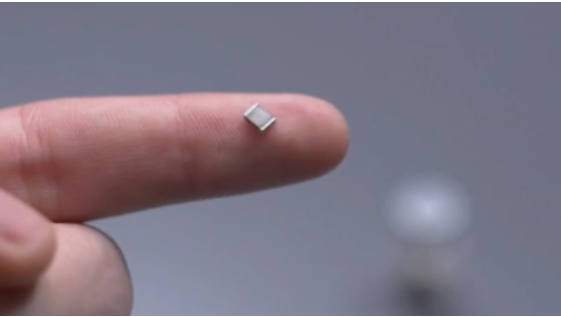 As we listen to more from Williams’, we find out that, according to him, these batteries “will transform the entire $3.3 trillion energy industry” including:

In addition to creating millions of jobs over the next few years. Williams concludes by stating that “he expects the return on “Electric Glass” to make Tesla look like chump change”.

Thankfully, for most of the presentation, the author generously drops details about the company being pitched, so we were able to nail down the one he keeps boasting about. Keep reading.

Exposing The Company That Makes The “Electric Glass Battery”

Since Williams’ pitch was filled with useful hints and details about the company being teasing, here is everything we were able to uncover:

Based on all these clues, we were able to identify the company in question as Quantumscape Corp. (NYSE: QS), a secretive battery startup that went public through a Special Purpose Acquisition Company (SPAC) merger last year. Here are some things that gave it away:

Good Opportunity to Get in on the Ground Floor?

Secretive is a fitting word to describe Quantumscape. This isn’t necessarily a bad thing, but one concern is that nobody outside the company knows how well their batteries really work and since there aren’t any details besides the their own optimistic SPAC go-public presentation that goes into at least some of the details, there really isn’t a whole lot to go on.

Our ever-handy Value Spreadsheet analysis bears out this point, indicating that the stock is currently ahead of the existing business fundamentals:

What do you think of solid-state batteries? Will they be the engine that drives electric vehicles or will it be something else? Let us know what you think in the comment section below.