Is Paul Mampilly Liberal or Conservative? – Uncovering The Truth 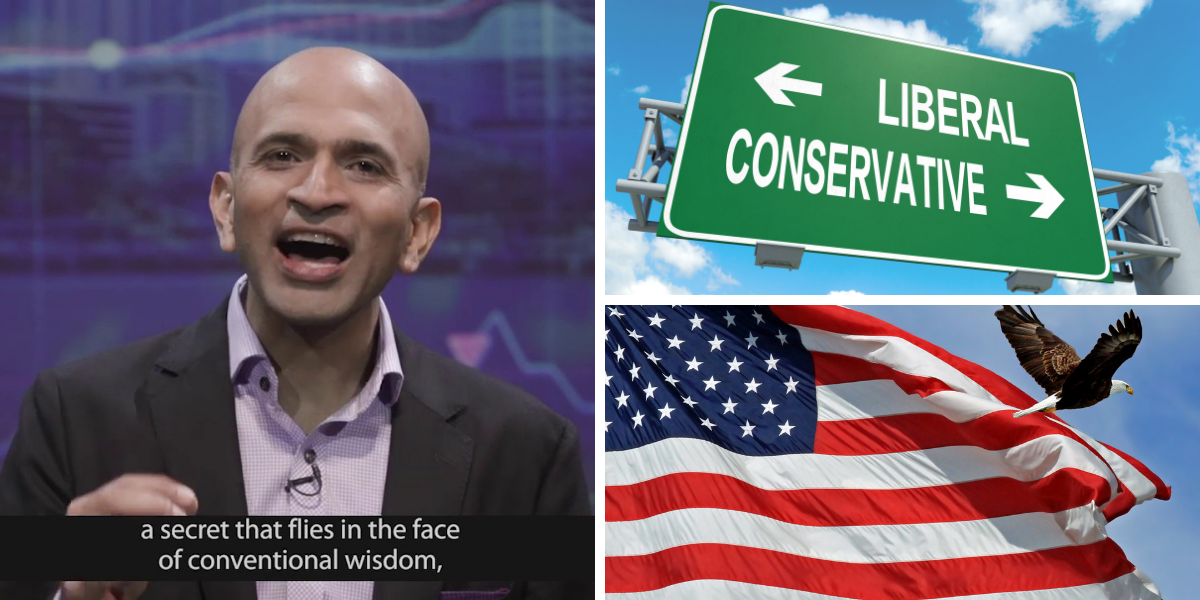 With all the tension between political parties in the US, it's normal to question the political affiliations of people you know, especially when the person in question has an impact on your money. Paul Mampilly is pretty high up there when it comes to investment "gurus" and we're here to answer the question of whether he's conservative or liberal... or neither.

You've been asking and we're here to answer.

Should you trust his advice? Is he for the party you're against?

Let's start out by talking about who he is in the first place and then we'll try to dig deeper to get to the bottom of things.

Paul Mampilly's background is pretty impressive. He started out his financial career on Wall Street in 1991 working as a research assistant for Deutsche Bank. With hard work he was able to move his way up the ladder to manage multi-billion dollar hedge funds, one of which he was able to grow to as much as $25 billion (not sure the starting point here though...). And, one of his most impressive accomplishments in my opinion, comes from 2008-2009 when he took part in an investment competition starting out with $50 million and was able to win it with a 76% return. Mind you, this was during the recession.

Immigrating from India as a young man, his life is a fairly good representation of the American dream. Hard work pays off, and this is something he learned from his father who struggled to support his family by working in Dubai after oil had been discovered.

So what does all of this tell us?

Well, it's hard to say. According to most surveys, the majority of immigrants lean towards the democratic side of the political spectrum. But, Mampilly often talks about his life being the "American Dream" and seems to be a fairly patriotic person... which might make you think he leans towards the Republican side.

Generally speaking, Republicans (conservative leaning) are more patriotic and have more national pride than Democrats (liberal leaning). This has been found to be true in numerous studies, such as the Gallup study on Pride in nationality shown here (from 2019)... 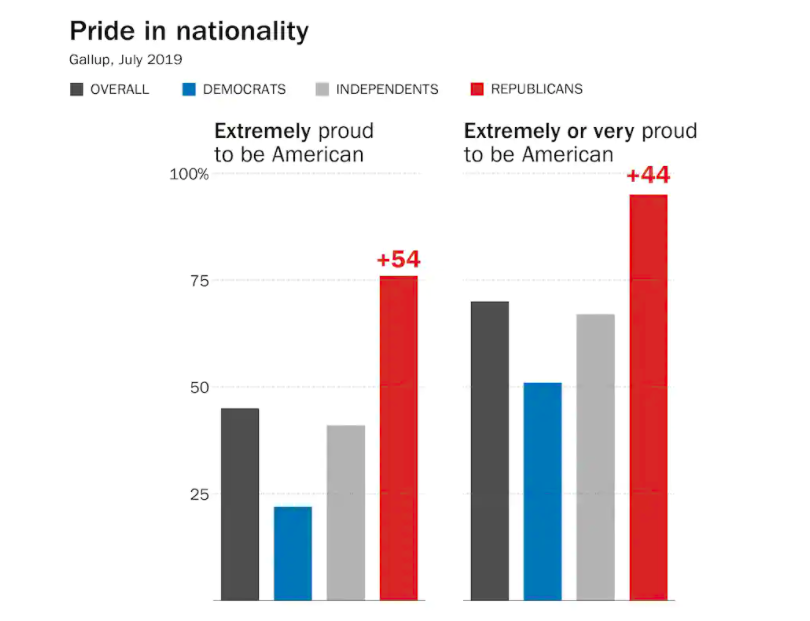 The percentage of people claiming to be proud Americans has been decreasing across the board in recent years for both Democrats and Republicans, but the Republicans still come out with much higher scores here, as one would expect just from simple observation.

One thing we do know about Mampilly is that he loves the US and is grateful for the life that the American economy and laws have allowed him to live.

One of his more popular ads was for what he called (and still calls) America 2.0, which is the term he made-up for the economic boom he's been predicting rising from technological innovation in the US. 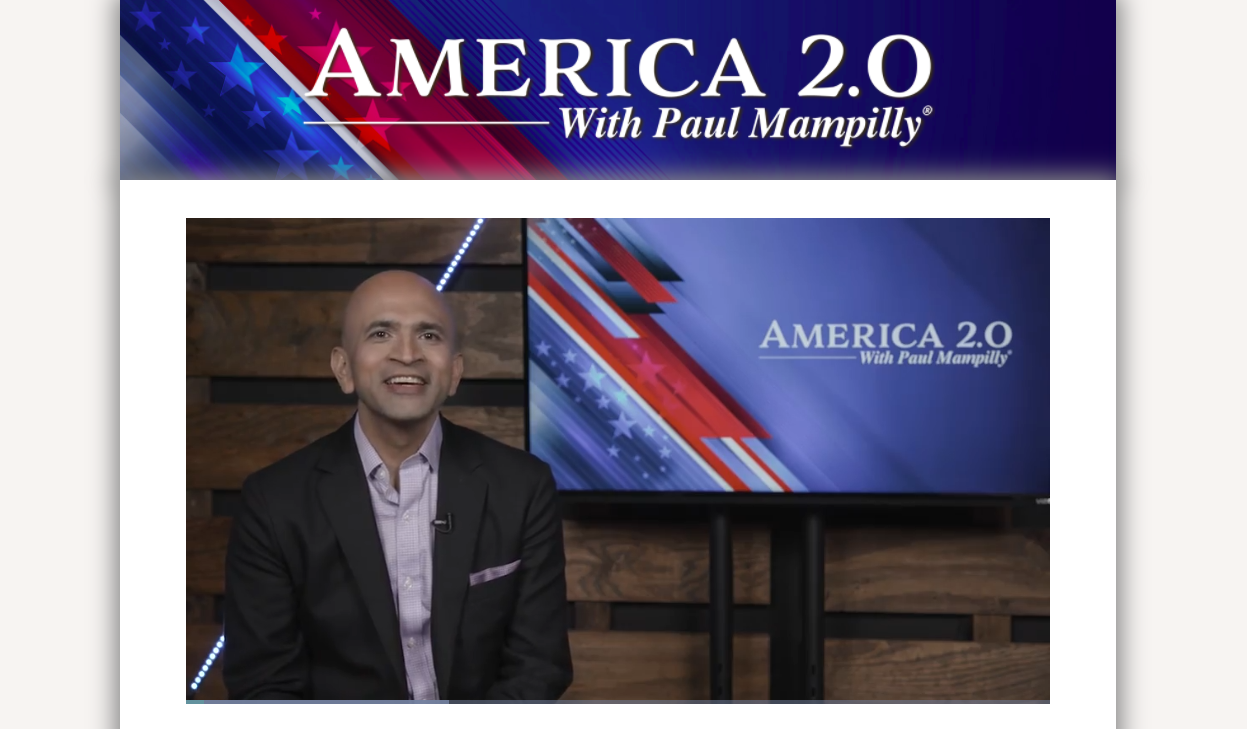 In Mampilly's promotional teasers he often states that he is proud to be an American and supports the old engrained American ideologies of hard work paying off.

If you put two and two together here then it'd be logical to assume he leans towards the right... but I'm still not entirely convinced of this.

One thing that's for certain is that, besides being an expert analyst and having plenty of professional experience coming from Wall Street, Paul is also one heck of a salesman, comparable to other similar investment experts and gurus like Teeka Tiwari.

Teasing the opportunity of massive gains from his investment recommendations is part of the typical promotional blueprint you'll find coming from him... and his strategy of conveniently leaving out any mention of losing recommendations also seems to work pretty well.

At the end of the day Paul Mampilly is selling his various investment newsletter services and because of this it's hard to know how much of what he says you should trust.

The company that he works for, Banyan Hill, mainly targets middle-age to older conservative Americans, and it makes perfect sense for Mampilly to appeal to the crowd with a pro-American stance strictly from a marketing perspective.

So, this doesn't really tell us all that much about his political leaning either... or at least doesn't give us any concrete evidence.

The next reasonable step would be to take a look at his actual investment recommendations.

Are Mampilly's Recommendations Liberal or Conservative?

Mampilly doesn't specialize in making recommendations in any one sector. He's an opportunist and will recommend any company that has good financials, is positioned will in its industry, and is in a sector that is expected to see some good future growth.

... these are just some of the areas that he has made recommendations in.

Mampilly is in the business of making money. And besides trying to get as many people to join his subscription service as possible, he also wants to help subscribers make money in the stock market. Nothing really seems to be off-limits here, so again... this doesn't tell us much.

However, one interesting thing to consider is the fact that people tend to increase their equity exposure if their preferred political candidate is in power, as was shown to be true in the Journal of Financial Markets (2017). Not only has it been documented, but it also makes perfect sense. If your preferred political party wins then you're probably going to be more optimistic about the economy and more willing to invest.

Mampilly has been making quite a bit of predictions throughout the Trump presidency, which could make you think he leans towards the Republican side, but then again, he's a professional and should be disciplined enough to not let his political leaning color his chances of making profits investing. Not only that, but I haven't been keeping tabs on all the recommendations and teasers he's put out over the years.

There is no where I can find any information in which Paul gives us any straightforward answer as to what his political leaning is, and like Jim Cramer, he seems to be more of an opportunist that is simply looking to profit. Some of his opinions on political maters may lean to the left while others lean to the right, depending on what he thinks is best for stock prices.

Yes, he does express his American pride quite often, but let's not forget his salesman skills which he seems to excel at.

Liberal or conservative? Your guess is as good as mine. As always, let us know what you think in the comment section below.