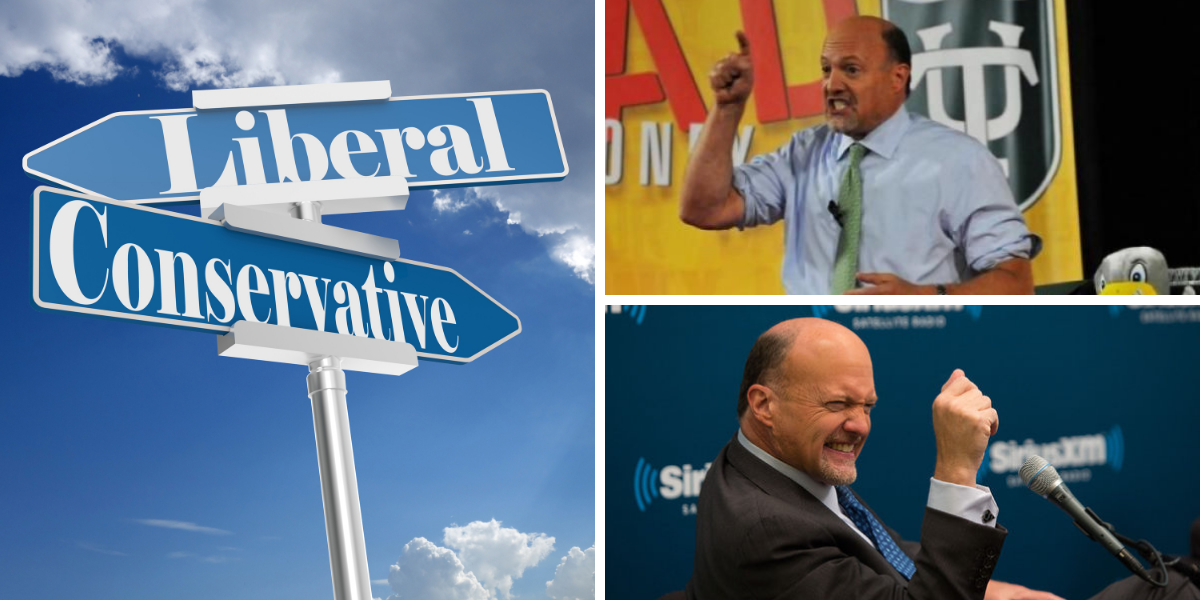 He's one of the most watched financial advisors in the world and people love his loudmouthed straightforwardness... but what's Jim Cramer's political standing?

With all the tension between Republican and Democrat, Liberal and Conservative, it's understandable to wonder what a financial expert like Cramer thinks about it all.

While he won't outright say which political party he's in favor of, we can take a look at his stance on certain issues and get a better idea of which way he leans.

But before we get into all of that, let's briefly talk about who the heck this guy is in the first place.

Who Is Jim Cramer?

Jim Cramer is a TV personality that is well-known for his loud-mouthed investment advice. He loves to yell and brings a lot of energy onto the set of his popular Mad Money CNBC show, but he's more than just talk.

Cramer comes from a background working as a hedge fund manager. He actually graduated with a law degree from Harvard University, but during his studies started investing in the stock market and that's were he got his start. After working as a stockbroker for Goldman Sachs for a few years he decided it was time to venture out on his own and launched his own hedge fund. This was in 1984... and in 1996 he co-founded the popular investment education website, thestreet.com, and started his Mad Money show on CNBC in 2005... which was after having been featured as a special guest on CNBC many times before.

And some other interesting information about the guy includes controversy over recommending stocks that he had already been invested in and profiting nicely from all his followers buying in aftewards (on at least two occasions).

With all the tension between the political divide here in the United States, Cramer has been receiving a lot of questions regarding who and what he's in favor of.

According to a tweet by Cramer, "no one here will ever know my true politics" and that he won't let his political views affect his ability to help others make money in the stock market...

Okay, that's good I suppose. He's focused on business and he's in the business of helping people make money.

Furthermore, on an airing of his popular Mad Money TV show he told us the same thing in different words...

While he won't outright say anything about being liberal or conservative, Cramer has let loose some information that gives us insight into his political leaning.

When asked about about Trump's agenda of deregulation and lowering corporate taxes back in 2017, he mentioned that he likes what he sees... because he sees these things as potentially leading to higher stock prices, which makes perfect sense.

Cramer has also took to Twitter agreeing with President Trump on the strength of the US economy, which the president happily retweeted... 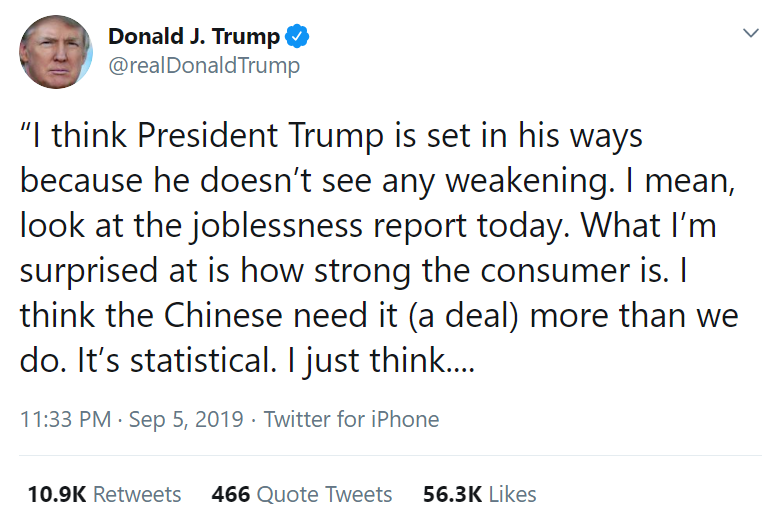 However, there have been other times where Cramer hasn't supported Trump's agenda 100%.

Cramer on The Wall

The building of the boarder wall between Mexico and the US was something that he seemed to disagree with, not because he didn't agree with Trump's reasoning for wanting to build it in the first place, but because it raises political risk and brings more uncertainty into the stock market. This kept US businesses from working with Mexican companies because of the uncertainty and many agree, Cramer included, that Trump could have handled the whole situation better to mitigate the political divide.

Cramer on the Trade War With China

While I haven't been able to find any information about his views on Trump's trade war with China, it's logical to assume he has a similar stance on this. Because of the uncertainty it will create in the stock market, he might be slightly opposed to it.

HOWEVER, we all know that sometimes a little uncertainty and downturn in the short-term could turn out to be better in the long-term. Change often comes with opposition, and although the US's dependence on China certainly gives them an upper-hand in some areas, a fairer trade agreement would lead to a stronger US economy in the long run... one would assume... but of course it's impossible to predict how things will actually play out.

The bottom line is that Cramer does seem to hold strong to his agenda of wanting higher stock prices and isn't one-sided when it comes to his political stances.

There could also be the argument that he would learn more towards the Republican side of things because of his wealth and his want to give as little as possible to the government, but this logic doesn't really hold up. There are plenty of famous rich people, it seems like most, that are Democrats.

The best way to look at Cramer is to see him simply as an opportunist. He wants higher stock prices and so he'll support the political party or president that he thinks will lead to this. It isn't about being Republican or Democrat.

That said, he does seem to often be in favor of right-leaning policies, and even expressed his distaste for the "motley crew of hard lefters"... when referring to the 2020 Democratic presidential candidates, stating that "Any one of these candidates would be, yes, disastrous for the stock market".

According to Cramer, "What I care about preserving capital, and that group of candidates does not let you preserve capital, trust me."

So, while he may not have any political affiliation, one can see that he usually leans a little to the right side of the spectrum on political issues, simply because he thinks that the right's policies are better for stock market growth and preserving wealth.

What are your thoughts on all of this? Do you think Jim Cramer is a Democrat or Republican?