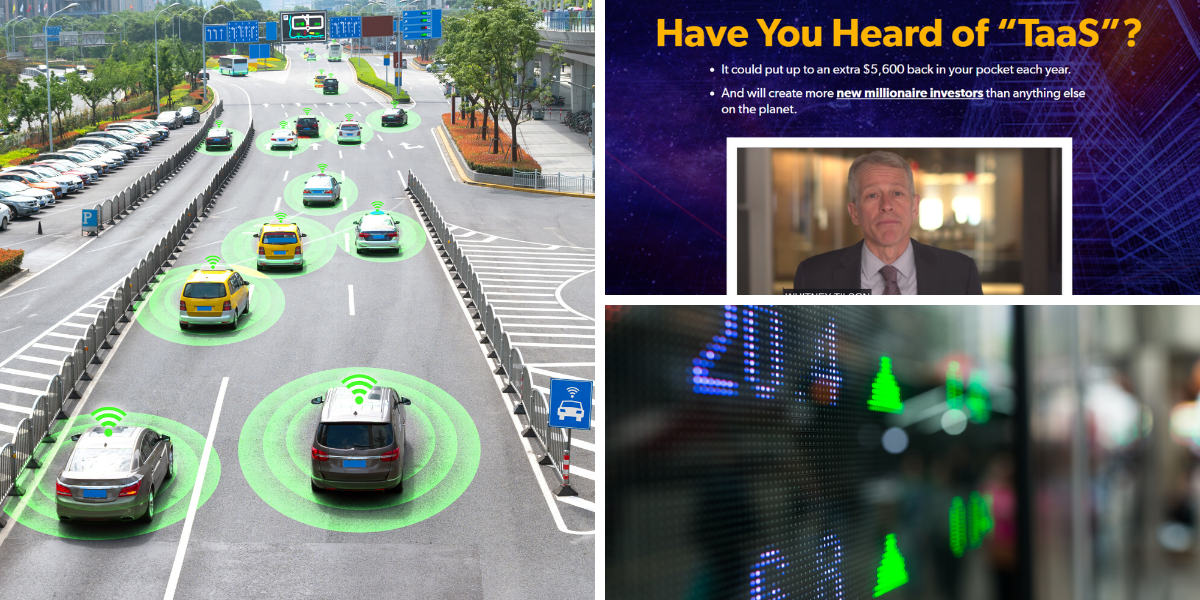 In Whitney Tilson's TaaS teaser he talks about a handful of stocks that he thinks are the best plays out there... and if you're looking for more information on what these TaaS stocks are, then you are in the right place.

In this short review I'll be going over the big picture of this TaaS investment opportunity and will be taking a look at the individual stocks he's teasing.

There might be multiple variations of Tilson's presentation floating around online, but what I came across was titled "Have You Heard of 'TaaS'?"... 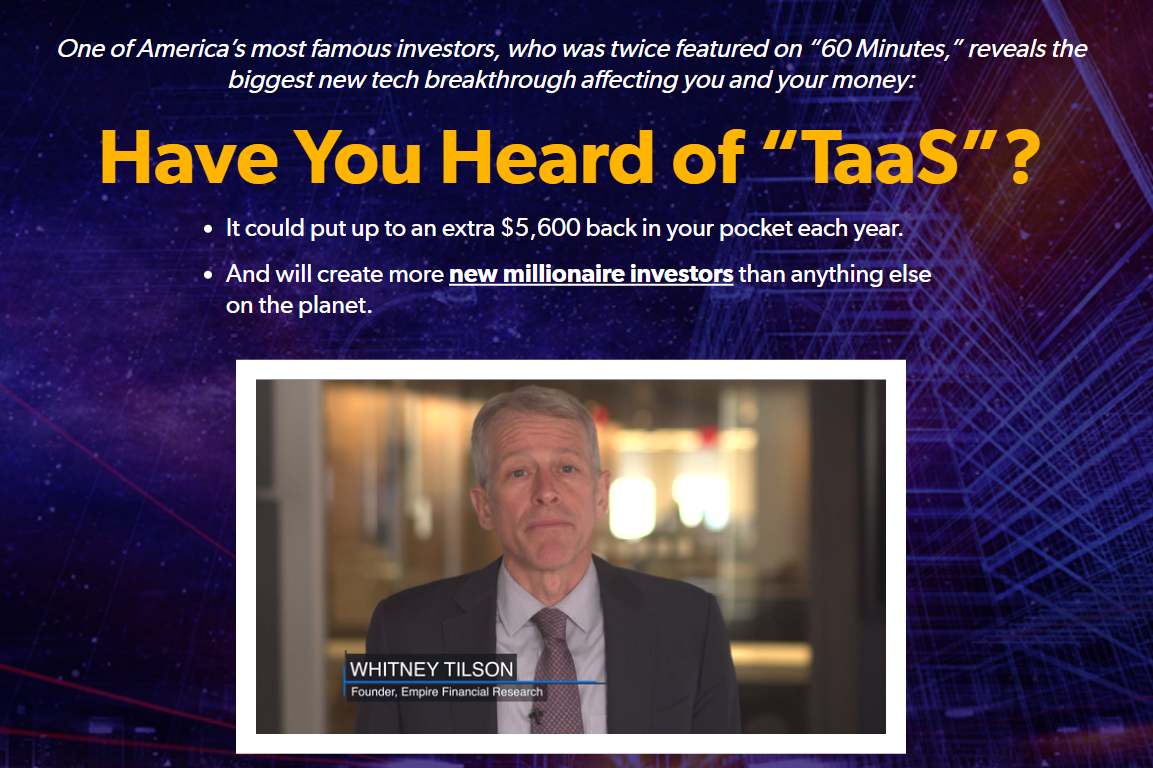 My answer was no... or at least not until he explained what he was talking about better.

TaaS, as he puts it, is the convergence of two new technologies and a new business model, and it stands for "Transportation as a Service". If you were to Google TaaS, you'd find information about "Testing as a Service", but Tilson is using this acronym with new meaning.

TaaS is going to be revolutionary we are told, and "will change everything", including altering the prices of everything, saving more than 1 million lives a year, and we are even told it will "put an extra roughly $5,600 back in the hands of 93% of U.S. families every year".

Sounds pretty amazing, but he goes on to tell us that many businesses will go bankrupt and a lot of people will lose money.

BUT, you "will make more money in the long-term by investing early in this trend than you will have made from any other investment". AND, it is "going to make some people a fortune over the next few years... and bankrupt others".

Who Is Whitney Tilson? 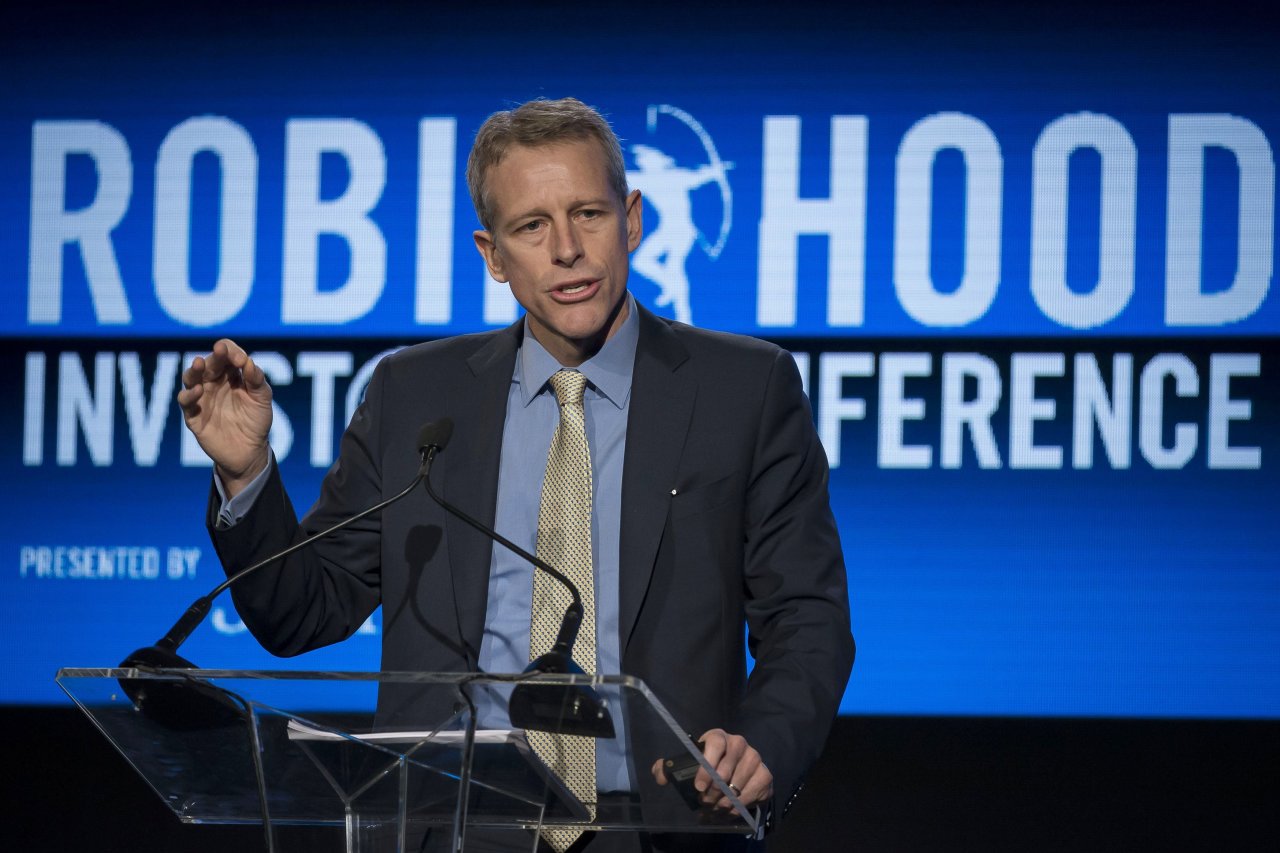 Whitney Tilson is an investor, former hedge fund manager, author & newsletter publisher, and a philanthropist, being involved with a number of charities. ​

You know he's a big name when he even has his own wikipedia page.

He's met with President Clinton and President Obama, has been a contributor on CNBC, was on 60 Minutes two times, has been on Bloomberg TV, Fox Business, etc... and the list goes on.

Over the years he's also made some pretty-darn accurate predictions, such as when he was telling people to buy Netflix back in 2012 when everyone else was saying stay away... just as an example. So when he does go on to make predictions, people listen.

Empire Financial Research is a company Tilson founded to provide his investment newsletter services through, and he goes to great lengths to provide these services... meeting with CEO's and other company insiders, flying all over doing front-line research into companies before he invests, etc.

What The Heck Is TaaS? - Explained

The TaaS that Tilson talks about, as we already know, stands for Transportation as a Service, and this is the convergence of 2 technologies, the first being EV's, or electric vehicles...

Most people agree with Tilson on this. EV's are likely to take over and make gas-powered vehicles obsolete, for the most part. Battery storage is improving dramatically and they will be as much as 90% cheaper to operate than gas powered cars.

Tilson says it's all about economics here, and the fact of the matter is that EV's will be much more economic. They already have engines that last longer, much less maintenance is needed, and they are much cheaper to operate... and things will only improve from here.

Not only that, but EV sales have been growing around 60% a year since 2014, China, India, Germany, the UK, France, Netherlands, and other nations are looking to ban gas vehicles in the near future, and the list of reasons why EV's will take over goes on and on.

So the first technology is the EV.

Tilson predicts that there will be fleets of these electric driverless vehicles all over, and you will be able to simply purchase TaaS subscriptions where you can get unlimited rides for a monthly price.

These two technologies combined are what make up TaaS.

And right now it seems Tilson will be right with his prediction. This technology is already being used in certain cities across the US, and the number is just growing and growing.

As he puts it, TaaS is "inevitable". It's coming, it's going to be huge, and the investment opportunity is also going to be huge... which is the whole point of his presentation.

What are the stocks he recommends that are "going to make some people a fortune over the next few years"? Well, the first he gives us... it's Waymo... 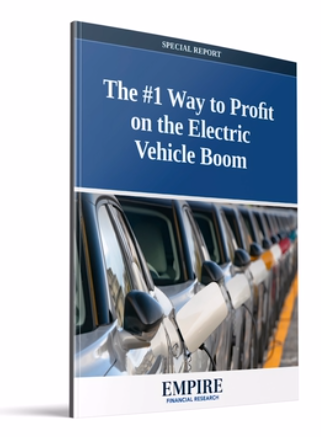 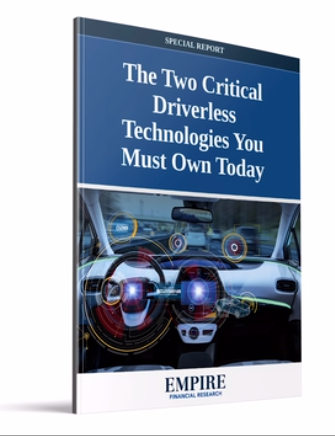 Some people have been speculating that the first of these two companies may be Aptiv (APTV), and this is indeed a likely match. Aptiv has partnered with all the companies mentioned in the teaser, such as BMW, Hyundai, Audi, Intel and Lyft... and Aptiv makes an "Automated Driving Satellite Compute Platform", which is a centralized platform that has actually been called the "brain" of these vehicles. There are hardly any clues given here, but this seems like a very likely pick that matches up well, and there aren't all that many likely matches here which makes the pick easier. Aptiv is only company that provides what it does, and because of this there are many proponents for investing in it, being well-positioned as it is.

Nvidia (NVDA) is a likely candidate for the second stock being teased under this investment #3. As we are told, the second company provides the computer processing power to make everything possible. This is what Nvidia does. They got their start making GPU's for avid gamers, but now are one of the leaders in the self-driving car space when it comes to these GPU's, which are just processors that need to be really fast for these cars to make split-second decisions. This company has been teased by The Motley Fool and a bunch of other advisories out there lately as well.

Investment #4: The Small Speculation - And the last investment he recommends, which is his "investment #4" but is really his 5th pick, is "a small company you've almost certainly never heard of". It's said that this company's materials are needed in all self-driving cars, and that its "revenue could quadruple over the next five years". The details are in his report The TaaS Speculation - How to Quadruple Your Money in the Next Few Years, and other than that there isn't much to say here. There's a good chance it's a chipmaker company, but I can't just go making too wild of guesses here. 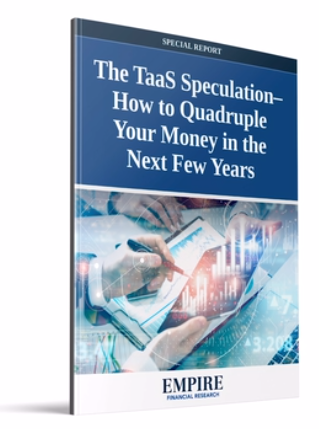 So we know some of what he's teasing here. Waymo is a given, and both Aptiv and Nvidia are very likely two of his other picks, but that's still only 3 of the 5 that he teases... so how do you find out the others?

Well, any ideas and guesses are more than welcome (you can leave them in the comment section below), but you'll likely have to buy into the service he's pushing to find out more.

It's Going to Cost You: The Sales Pitch

The service being pushed through this presentation is Empire Stock Investor, in which viewers are offered a "trial subscription" for $49/yr - supposedly normally priced at $199/yr. 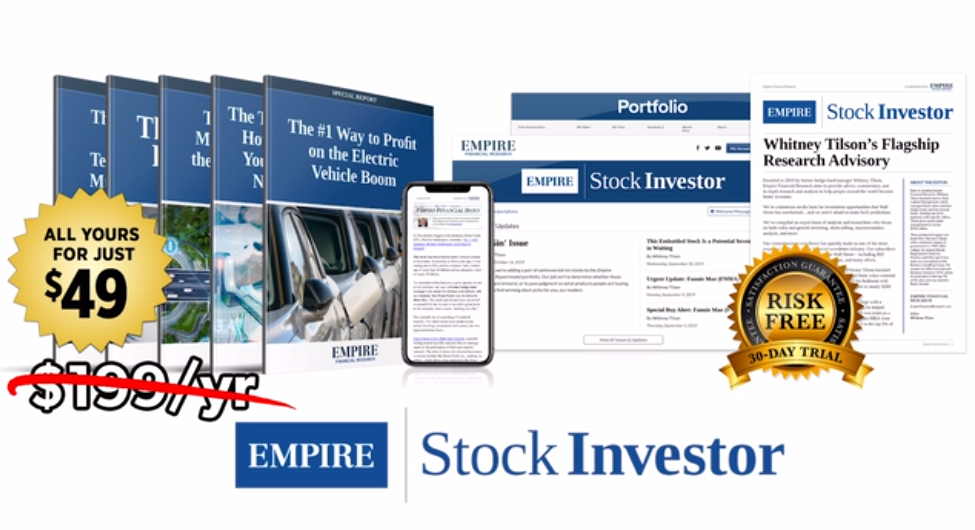 This also comes with a 30-day money-back guarantee, which is nice, and what it provides is monthly investment recommendations, analyses and more. It's a follow-along investment advisory service, in a nutshell.

And there you have it. I couldn't expose all the stocks he's teasing, but hopefully what I did provide you with did give some value.

As always, let us know what you think about these picks in the comment section below. We like to hear back from our readers!