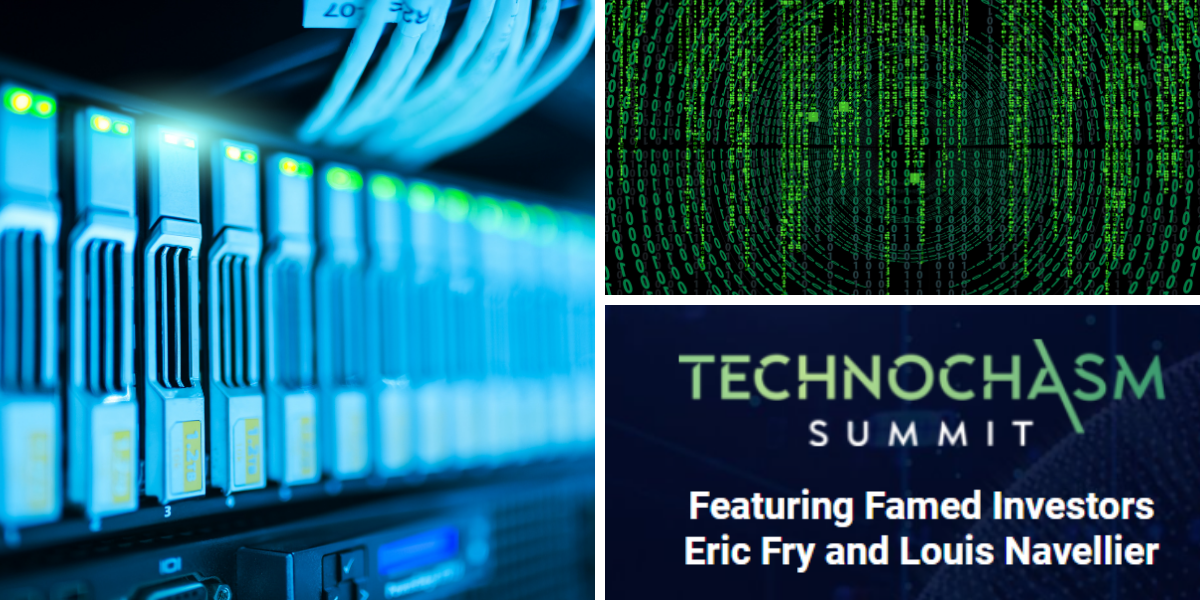 In one of his latest videos, Eric Fry is teasing an ampler marketing presentation that took place on November 19th, 2020, named The Technochasm Summit, in which he states “this small group of stocks could hand you 10x growth”. According to him, the goal of the presentation was “to help Americans understand the radical change that is taking place in our country and our economy right now.”

Fry uses the opportunity to talk about a concept he developed, technochasm stocks, and to pitch his latest investment newsletter, The Speculator. By buying the subscription, you will also receive a 12-month subscription to Louis Navellier’s Accelerated Profits newsletter, as well as full access to the 101 Disrupter model portfolio, a free copy of the 100X Disruptor Report, another free copy of the Three Stocks for 1,000% and Beyond, as well as a 90-day money-back guarantee. The subscription costs $2,000, but for those of you who think you have better uses for that cash, here is what we were able to find out for free. 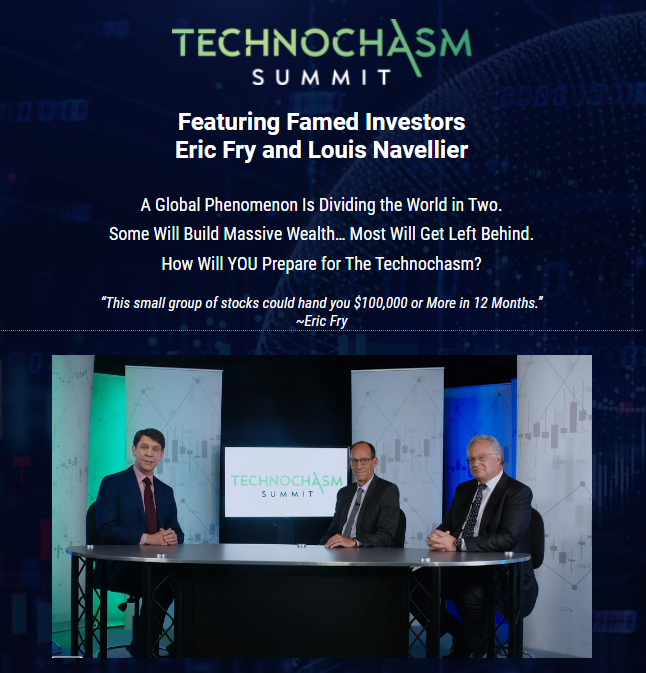 Eric Fry specializes in international equities with almost two decades of expertise. Before that, he was a professional portfolio manager for 10 years, specializing in international investment strategies, and short-selling. His views and investment tips have been published in various magazines, including the Wall Street Journal, Business Week, USA Today, and the Los Angeles Times.

Throughout his career, Fry has revealed the name and ticker symbols of 41 companies that scored a 1,000% increase and more in less than 12 months, with an average return across those recommendations of 2,712%. So, “when it comes to picking stocks, Eric knows what he’s doing.” At least that’s his story and he’s sticking to it.

Fry mentions a concept he calls technochasm to describe the latest investment opportunity in seven small innovative stocks that will be absolute home runs soon, as the Technochasm accelerates.

He refers to this concept as a socioeconomic force, that “is responsible for the accelerating destruction of the world’s most prominent business and brands.” In his view, Fry thinks that “in 10 years or less, nearly 50% of all Fortune 500 Companies will be dead or replaced by a startup you haven’t heard of.”  However, the Technochasm is also creating A LOT of opportunities. For every company that gets destroyed, a new innovative company takes its place.

He claims that “at the heart of his Technochasm thesis is something called exponential progress”, or what impacts innovation and rate of adoption. To support his theory, the author gives the example of Amazon – over 23,000 people are pulling in $1 million or more in annual sales on Amazon’s e-commerce platform. This demonstrates how technology destroys one thing but also provides an enormous opportunity to those who not only see the writing on the wall but also were able to adapt quickly.

As for the exact stocks he teases, here is what we were able to find out.

The Seven Companies Being Teased

We should start off by saying that Fry doesn’t tease only one company but a total of seven, which he considers the most likely to bring in profits of over 1,000% in just a year’s time.

The author starts by saying that this particular company “is quickly becoming the leading partner for semiconductor manufacturers. With over 800 patents to its name, this company is becoming an anchor for the entire chipmaking industry.”

From the facts we were able to gather, we think the company in question here is: Infinera (NASDAQ: INFN). Given its place as the United State’s fastest growing optical company, its more than 2,000 patents, and the fact that it’s stock price currently falls in the price range mentioned in the teaser.

We also think there is a possibility that two of the other companies hinted at by Fry may be Axcelis Technologies (NASDAQ: ACLS) and ON Semiconductor Corp. (NASDAQ: ON), respectively. However, it should be noted that these are only our guesses and we cannot confirm these with any certainty at this time.

Is This Optical Company A Good Opportunity?

Something that we are certain about, is that the world is headed towards more adoption of new technologies and their application to software, semiconductors, networking equipment, and other uses are undeniable. Infinera’s self described mission statement is to “revolutionize telecommunications networks with innovative, industry-leading connectivity solutions”.

There’s no question that telecommunication networks are currently being reimagined, with the rise of 5G opening the door to many other possibilities. Infinera is playing a legitimate part in this transformation, as it currently counts 7 of the top 9 Internet content providers as clients for its network routers, packet optical networking solutions, and other services that are critical to a business’ tech back office. It also serves a wide variety of clients across the 5G, deep fiber, and cloud networking spectrum…in short, this is a business with real revenue and earnings.

However, in spite of its many advances it has not as yet reached that all elusive mark of a good business: profitability. It is still unprofitable on both an earnings and cash flow from operations basis, with no guidance for this to change anytime soon. For this reason, it is hard for us to recommend Infinera as an investment at this time.

What do you think about Fry’s claims that technology will destroy some of the biggest companies of the 21st century only to make room for small startups with innovative thinking? Are you already invested in some high risk, high reward tech startups or stocks? Feel free to let us know your thoughts in the comments below.