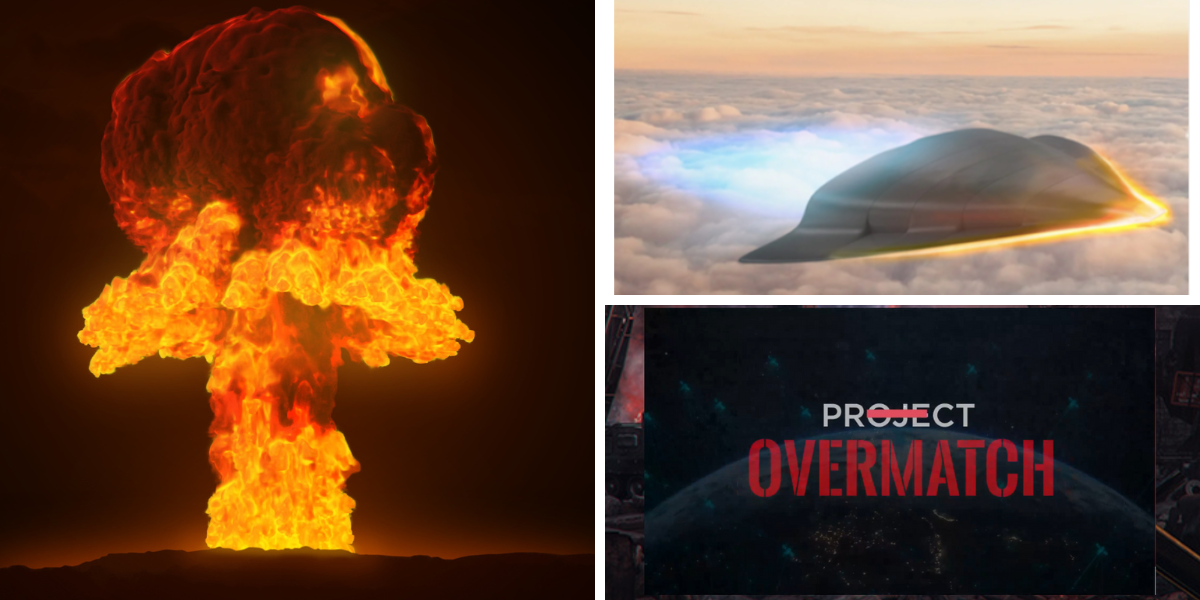 It’s a new year and the U.S. military has a whole new set of problems.

After losing to China in 18 simulated “War Games”, it’s stepping up and spending billions on a new “living missile” made by a small defense contractor.

In 2017, the U.S. military began running highly classified war games that simulated a potential conflict with China. Dozens of simulations were run and the result was always the same: we lose.

Dylan Jovine is the founder and CEO of Behind the Markets, a company serving up investment research aimed at self-directed individual investors. We’ve reviewed some of this here in the past, including Jovine’s “5G Arrow Company” and “Living Software” Company.

How is this possible you may ask?

The good news is that’s about to change.

Back in 2018, the then Secretary of Defense drafted a top-secret plan called “Project Overmatch.” It stated that in order to “Overmatch” enemies in the 21st Century, we’re going to need 21st-century weapons.

What most people don’t know is that “Project Overmatch” received final approval to be implemented this past March. This gives the Pentagon an extra $37.2 billion to spend on adding next-generation weapons over the next 12 months.

Major money has already been doled out:

An Entirely New Type of Weapon

At the center of all this spending is one new weapon that’s straight out of a sci-fi movie.

The NY Times has reported that: “No existing defense can stop it” and the U.S. Army has said it’s going to make a lot of them very quickly.”

In a moment, Dylan promises to take us behind the scenes and share what he knows about this new weapon. Including the name of the small defense contractor that beat out big firms like Lockheed Martin and Boeing to make it for the military.

It contains the name of the company, the stock symbol, and three additional 21st Century defense contractors are named as well. To get the report, we’ll need to become members of Behind the Markets. This costs $39 for new members and comes with “life-changing” stock recommendations every month and a 30-day money-back guarantee.

Why the U.S. Needs This Weapon

Repeated war games have shown, if China were to invade Taiwan tomorrow, it would lose.

There are a host of problems with such a scenario. For starters, Taiwan makes 90% of the world’s most advanced semiconductors. These are the tiny operating brains inside just about any modern device, like our smartphones, brake sensors in our cars, and even our fighter jets.

Our current 20th-century weapons are another. As the Center of Strategic and International Studies, a DC-based think tank showed. The loss of life would be terrible. In their report, they said we’d lose “500 aircraft, 20 surface ships, and 2 aircraft carriers in a matter of weeks.” Losses of this magnitude haven’t happened since World War II.

All told, losing that many aircraft and carriers could harm the United States’ ability to defend its homeland.

This is why the military has said developing advanced weaponry is their “#1 Priority.” They’ve already put their money where their mouth is by budgeting billions of dollars for these weapons.

According to Dylan and his 30 years of experience with the sector, there are three rules to massive defense profits:

Applying these 3 rules has led to some hefty profits. Like Spirit Aerosystems (NYSE: SPR), which gained 1,243%

And Splunk Inc. (Nasdaq: SPLK), which jumped 1,000% over a similar timeframe.

Dylan insists “he’s never been more certain of anything in almost thirty years as a professional investor.”

So what is this new weapon the military is spending billions on?

It’s called a Hypersonic Missile and it looks something like this:

Scientists call it an entirely new type of weapon that’s virtually “impossible to defend against.”

See, with traditional missiles it’s easy to predict where they will land once they have been fired. We know its trajectory is going from point A to point B, meaning missile defense systems can intercept them.

But what makes hypersonic missiles impossible to defend against is that they can change direction in mid-flight. Not only this but it’s allegedly “the fastest weapon on earth.” Capable of moving as fast as 25 times the speed of sound. That’s roughly 19,810 MPH!

Let’s find out the name of the company that makes it.

So we know the Pentagon is about to spend billions of dollars developing these weapons, but more importantly, who are they spending it with? Here are some clues:

After going down the secret weapon projects rabbit hole, including some forums where people are way too into this stuff. It lead me directly to Aerojet Rocketdyne Holdings Inc. (NYSE: AJRD). This is what I was able to find:

As for the other three weapons stock picks, Dylan only drops single-sentence clues about each of them.

As it turns out, Aerojet itself is in the midst of being acquired by L3Harris Technologies in a deal valued at $4.7 billion.

The $58 per share offer is just a 3.6% premium to today’s share price as the deal is slated to close sometime in 2023. So it appears the opportunity here is in L3Harris stock going forward.

L3Harris is already a $40 billion dollar company and the United States’ sixth-largest defense company. Can it get even bigger? Sure, but even this won’t produce the kind of gains Dylan is talking about here.

Are there more lucrative opportunities in the defense sector? Let us know in the comment section.