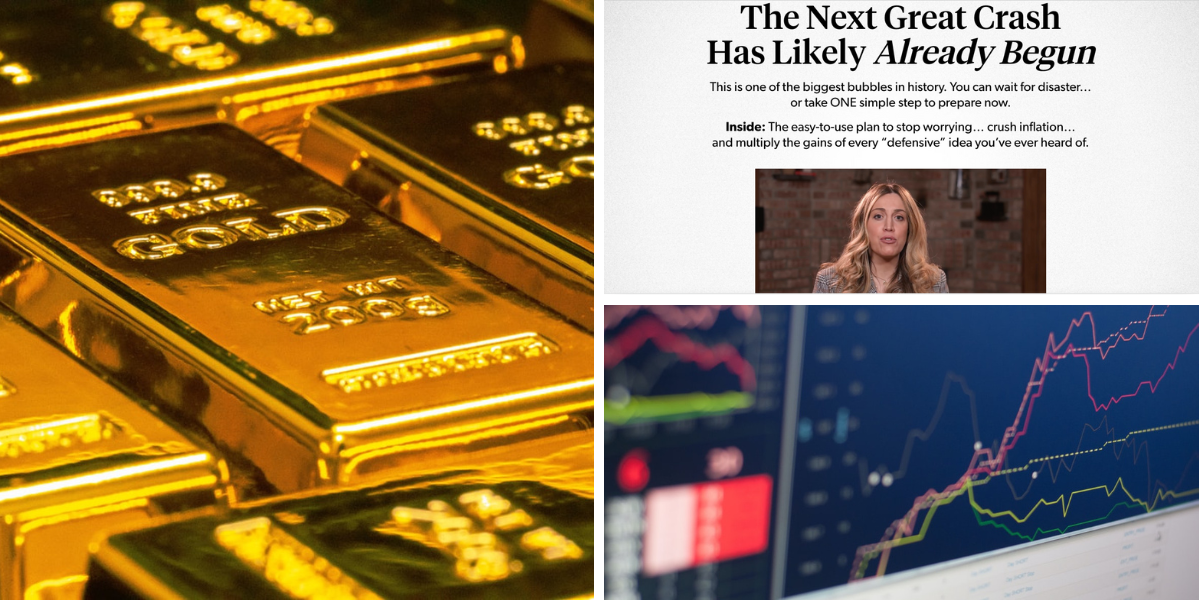 Are you wondering what Dan Ferris’ “Best Gold Business on Earth” is all about? With Dan’s bold claims in his latest teaser, it’d be no surprise if you’re here looking for clues about it. After all, Dan states that this stock is the single best one he’s discovered in more than twenty years.

He even claims that it has an upwards potential if generating 1,500% in profits today. But what is Dan talking about? More importantly, is this business really related to gold? Let’s all find out below.

Dan Ferris sits down with host Daniela Cambone for an interview-like presentation. Daniela introduces Dan as one of the very first analysts who came to Stansberry Research twenty years ago. She claims that Dan Ferris’ recommendations are so impressive that some of them have reached profits as high as 629%, 319%, and 822%.

Due to that, Daniela even allegedly reports that many multimillionaires and billionaires trust his advisories. With that being said, she says that it’s no surprise that the founder of Stansberry Research himself dubbed Dan’s investment advisory as the “The best newsletter in America at any price.”

Again, although Dan Ferris comes off with a very impressive background, you should note that these are all Daniela Cambone’s words. And considering she’s an editor-at-large for Stansberry Research, you should really take what Dan Ferris says with a grain of salt as we’ve had to in the past when looking at over-hyped teasers like the Self-Driving Car teaser and the one teasing an Augmented Reality Company – both coming from Stansberry Research.

Anyway, now that you know a bit about Dan Ferris, it’s time to go back to discussing his teaser. At the beginning of the presentation, we’re told that the next great market crash has already begun. And due to that, he’s agreed on a rare opportunity to be interviewed.

After all, he’s apparently here to tell us about an easy-to-use plan to prepare for the crash that’s bound to happen anytime soon.

His easy-to-use plan in question is to invest in a stock that he claims is his number one recommendation of all time. After all, he asserts that investing in this company while it’s too early could provide you with 1,500% profits over time.

And here are more over-hyped claims he made throughout the presentation:

With such hyped-up claims and what Dan presents as a seemingly urgent priority that he made it a point to agree on a rare interview, it’s no surprise why you’re here to know more about his teased company and stock. But like always, we know what comes next after most teasers.

Further details about Dan Ferris’ “Best Gold Business on Earth” are found in his Inflation Protection Portfolio. It includes ten stocks he’s compiled for subscribers, and one of them happens to be the stock included in his what he calls his number one recommendation of all-time. Unsurprisingly, you’d need to subscribe to his investment advisory entitled Extreme Value. And for a limited-time offer, you can access his portfolio and his number one recommendation of all time for just $1,495. Besides getting access to that portfolio, you will also gain access to other perks.

You will also get your hands on one free year of his Commodity Supercycles investing research service and two years’ worth of Extreme Value updates and monthly advisories. You will also get his bonus reports entitled “The Hands-Down, No. 1 Pick of My Career” and the “The World’s Two Most Valuable Assets in a Time of Crisis.”

Yes, the $1,495 price tag is already discounted. And his investment advisory does not offer cash refunds. If you decide that this service is not to your liking after thirty days, you will get refunds in Stansberry credits you can use for other Stansberry Research products.

Luckily, you don’t have to take out a chunk of your savings just to find out the company he’s teasing and its corresponding stock. But before we find out the mystery company and its stock, let’s take a further look into Dan Ferris’ pitch first.

A Royalty Company and Not Exactly a Gold Business?

Later into the interview, we find out that Dan Ferris is not actually referring to a gold business. He then states that the stock and business he’s talking about is not a gold play. Instead, he claims that the company has a royalty on a metals market, which he claims that’s way bigger compared to gold and other precious metals. Here’s what he has to say about it in his presentation with Cambone below:

“It’s not a gold play. It’s a royalty on a metals market that’s way, way bigger than gold or any precious metal. A huge royalty on iron, for example, which the world needs desperately every day. This infrastructure push is going to be fueled by iron, which goes into everything. A royalty on potash, the fertilizer component that we need to make food. A royalty on energy production.”

So, Dan Ferris is not talking about a gold business. But his mystery company is still involved in the gold market in the sense that this royalty business makes royalties on a vast portion of the said market itself.

Moreover, as long as people want to have gold, this company could generate money as it pleases. And if the demand for gold dramatically soars, the potential of this company, in Dan’s own words, will become “off the charts.”

Of course, we do know that he’s definitely not talking about prominent gold royalty firms such as Royal Gold or Franco-Nevada. Although a few vague clues were dropped in the teaser, it was still quite hard to deduce Dan Ferris’ “Best Gold Business on Earth.”

But after doing some digging in threads and articles in StockGumShoe, we were able to find out that his alleged number one recommendation is the same stock he’s been previously recommending in his other pitches.

So, we have the exact guess if you’ve guessed Sprott Inc. (SII). Sprott is a worldwide investment manager that specializes in precious metals and real asset investments. The company was founded in 2008 and is headquartered in Toronto, Canada. Anyway, here’s why we also think it’s Sprott Inc. below:

Will You Truly Get 1,500% Upside Potential in Dan Ferris’ Number One Recommendation of All-Time?

So, will you genuinely get 1,500% Upside Potential in Dan Ferris’ “Best Gold Company on Earth”? Well, if you already imagine how wealthy you’ll get if you invest in this company, we’re here to burst your bubble for now.

As of writing (February 2022), Zacks.com lists Sprott’s stock, SII, as listed with a hold position. But, this doesn’t guarantee anything in the long haul. Whether or not you’ll earn 1,500% profits will depends on many factors.

But still, it is worth noting that Sprott has served around 200,000 clients globally. In addition, their bullion in the trust claims to be “100% allocated and unencumbered with no exceptions.” So, if you think it’s worth trying, you can give investing in this company a shot. Perhaps, just don’t jump to the easy conclusion that you will easily become a millionaire by investing here.

Do you think it’s worth investing in this company? Or are you on the lookout for other royalty firms? Do let us know in the comments below so we can all get rich together!