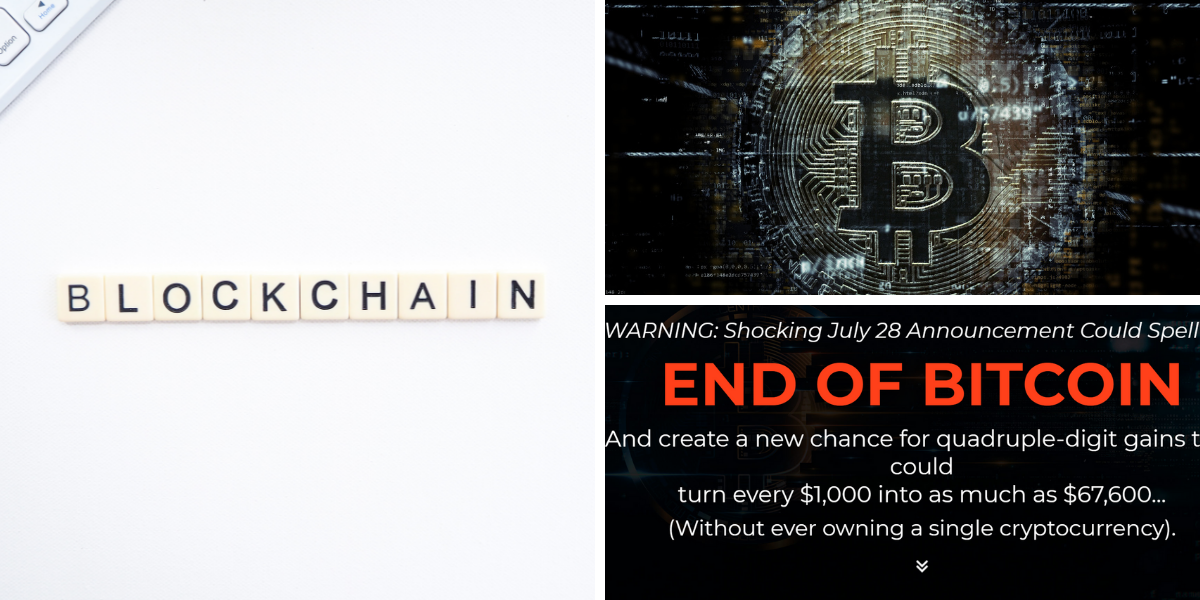 Christian DeHaemer’s teasers have been regulars on this site, mostly because he writes and edits for one of Angel Publishing’s most popular investment newsletter programs. In one of his latest teasers, the author talks about a ground-breaking technology that can change the world we know and help us step into the future with thousands of dollars in profit in our pockets.

Christian claims that there is a 110-page document in which the new President of the United States declares a “war on Bitcoin” and, for investors who understand this…“this disruption could lead to a once-in-a-lifetime opportunity”. Lets get to the bottom of this once and for all.

The presentation kicks off with the former Wall Street investor claiming that he has found out not only about a disruptive new technology that could potentially bring you profits numbering in the hundreds of thousands of dollars, but that he has also identified the company that is behind this technology.

Christian DeHaemer is the creator and editor of the Bubble & Bust Report at Angel Publishing. He has been writing about the market since 1996 and uses a contrarian investing style combined with technical analysis skills to alert his readers to new investment opportunities. We have reviewed several of the author’s teasers here in the past, including 3 Gold Stocks to Become a Millionaire and The Great American “Tech Reset”.

He says that Biden’s becoming President has emboldened some in power to the point that they can finally declare war on the biggest cryptocurrencies, including Bitcoin and Ethereum. However, Bitcoin will not be “banned outright” but rather “strangled by regulation”, leaving thousands of crypto owners to suffer the fallout.

To make things more convincing, Christian mentions that Nasdaq predicts Democrats are plotting an “Anti-Crypto Offensive”. Which we have not been able to verify. But alas, we are quickly offered a solution in the form of a stock that uses blockchain technology. A stock that will potentially return 6,660% if we get in on this as soon as possible.

DeHaemer states that “he wouldn’t put his money in Bitcoin today given what he’s uncovered” Given the recent turmoil in the cryptocurrency market as a whole, there may be some truth to this. After years of break-neck growth, culminating in Bitcoin reaching a historic high of over $60,000, it world’s most popular coin now seems to be in free fall, currently sitting at about $33,000 as of press time. However, as the author puts it, the so-called war initiated by Dems is not only on BTC but on all cryptos, including XRP and Facebook’s former project, Libra, which has been put on hold indefinitely since 2019.

DeHaemer also talks about the President’s plan to launch a “digital dollar” to ensure the government-issued money monopoly remains firmly intact, regulating cryptos and turning them into nothing more than digital alternative currencies rather than untraceable pieces of code.

There is also the matter of “the Bitcoin network consuming more power than 159 out of all 195 countries in the world” to mine and Biden has pledged to reduce the US’s carbon footprint, which could translate into more regulations against mining cryptocurrencies.

Christian does not offer up too many details in-depth details about the investment opportunity at hand, but the author does claim that we can find everything we need, including the name and ticker symbol of the company being teased in a special report entitled “The $400 Trillion Blockchain Back Door”, part of his investment newsletter program.

Like many other former Wall Street investors-turned financial gurus, Christian DeHaemer created and edits his own investment newsletter, which is what he is pitching here in the form of the Bull and Bust Report. 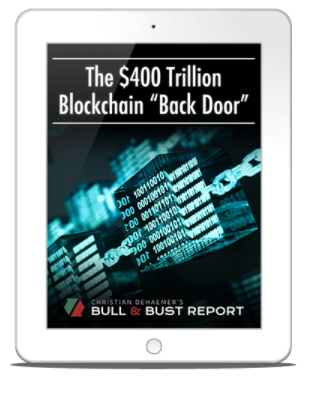 A subscription goes for $179 for two years and included are two special reports, two bonus reports, 24 issues of the newsletter, investment alerts, and other perks such as a 60-day money-back guarantee.

What Is “The Blockchain Backdoor”?

One of the only nuggets DeHaemer divulges is that “this technology is the virtual component for almost all blockchain hardware”, without getting into the technical specifications. In fact, the entire presentation is more of a teaser than a useful pitch, which as we know by now is quite common.

The entire presentation is filled with trumped up claims like making more than “6,000% in profits on just $1,000 invested” or that “this is a $400 trillion market accessible to everyone” willing to invest in this one small company.

In truth, what is actually being teased here is blockchain technology itself, which isn’t anything new or exciting as the author would have us believe. This tech has been around since 2008 and even though it has gone through growing pains over the years, the immutable ledger that facilitates the process of recording transactions and tracking assets in a business network, has come into its own and now extends beyond the world of cryptocurrencies.

In fact, this sector is expected to grow from $3 billion in 2020 to $39.7 billion by 2025, according to research firm MarketsandMarkets. “That’s an increase of 1,223%”. Additionally, the World Economic Forum estimates the blockchain could store as much as 10% of global GDP by 2025. Which would equate to nearly $9 trillion dollars.

Christian says there is “a little-known company that’s at the heart of this impending blockchain technology gold rush”. Ready to find out what it is?

While details about the actual company in question are about as scarce as a low grocery bill, the ones offered up about the “breakthrough blockchain tech” do at least provide us with some direction:

Given the decided lack of hints about this particular opportunity, we weren’t able to uncover the company in question this time around. But we can speak to the bigger macro picture a bit and what blockchain technology likely means for both investors and society as a whole over the long-term.

There is a saying that the world’s most lucrative investment opportunities are found in times of enormous change. In our experience, there is some truth to this. As a single event, crisis or crash can and often do create some of the very best entry points for investments – as evidenced by special situation (arbitrage) operations.

In this instance, such an event could take place as early as July 28. With a digital dollar already being mentioned in the draft bill of the Banking for All Act. The bill has yet to pass, but as DeHaemer correctly points out “it’s a clear indication that preparations for a digital dollar are well underway behind the scenes”. With China already launching a digital Yuan and countries all around the world working on their own domestic digital dollars, its a matter of when, not if this happens.

When it does, it will likely usher in an era of government monetary control the likes of which has never been witnessed before. Soviet-era Russia would be envious. From a strictly investment perspective, the underlying blockchain technology which will power such currencies will indeed mint new millionaires and perhaps even some billionaires. So, yes 6,660% is not completely outside the realm of possibility over the long-term.

What are your personal thoughts on blockchain technology? Great investment opportunity, tool of government oppression or both? Let us know your opinion in the comment section below.