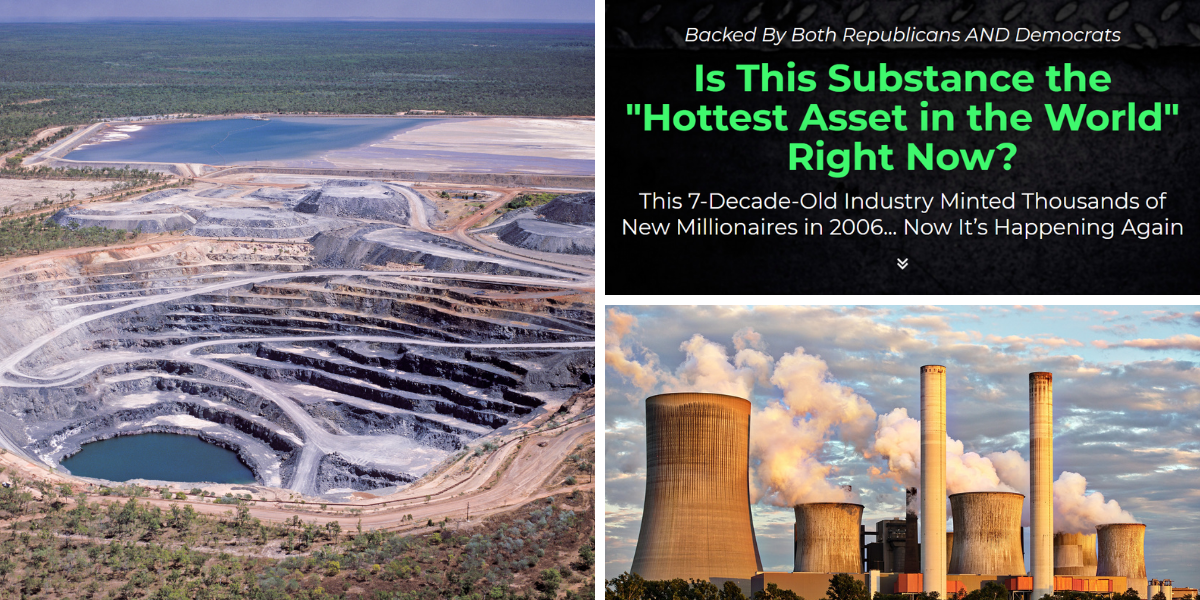 Investment analyst and speculator Alex Koyfman has been teasing a uranium company that he thinks could make investors incredibly rich, stating that "you could position yourself for a 29,594% revenue surge in possibly a few weeks".

He's calling this uranium mining company "The Amazon of Uranium", and in this post I'll be piecing together the clues he gives us to reveal the name of the company being teased (normally you'd have to pay to buy into his advisory service!).

There might be multiple variations of this teaser, but in the one I came across Koyfman is calling it the "Hottest Asset in the World"...

Alex Koyfman's the man behind it all, whom we're pretty familiar with from his "forever memory" and "internet fuel" teasers. He is a Russian immigrant who came to the US at an early age and began trading in the stock market in his teenage years. His education includes graduating from Law School, but after this he decided to start trading and investing full-time rather than going the legal route. There isn't any fancy Wall Street experience here, but Koyfman has been running investment advisory services since 2014 and claims that: "I'm so tough that 4 days out of 5, I skip breakfast" (funny). He does uncover some pretty good investment opportunities out there, and this could be one of them.

The teaser here starts out with him talking about "This little-known industrial site holds the key to what could be the investment of the decade"... 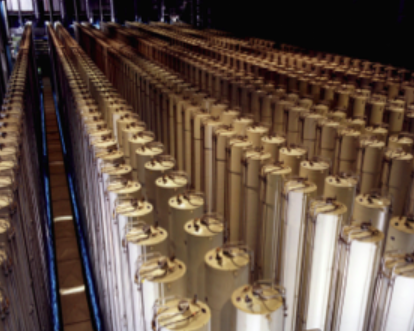 He calls it an "under-the-radar discovery" and claims that "This 7-Decade-Old Industry Is About To Enter Its Next 100x Super Cycle".

Why does this matter?

Well, Koyfman tells us that the last time it hit this "super cycle" it "made early investors incredibly rich", but this time he thinks it's going to even be better because of three specific catalysts that are in place:

After blabbing on for quite some time, Koyfman finally got to the point of this all. The "hated metal" he's talking about here is uranium, as we know.

There had already been a supply shortage for the metal and on top of that COVID decreased supplies even more.

There are a lot of catalysts acting in favor of price surges here... and he thinks his favorite pick "could hand you a payday of 29,594%".

That's right folks... he thinks the stock could soar as much as 29,594%... quite a bold prediction to make (and he claims it's actually conservative!).

In typical fashion, the ending of the teaser ends in a sales pitch for his investment advisory service.

You can get a "free report" he's giving out titled "The Amazon of Uranium"... 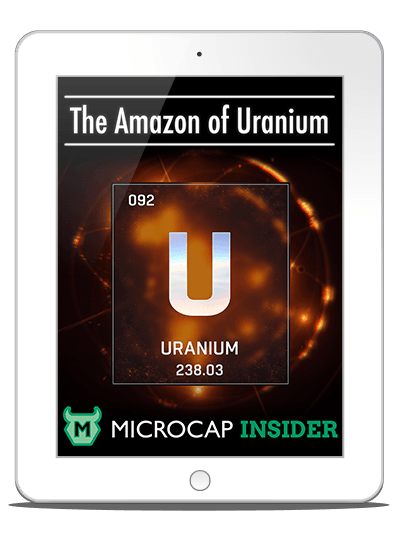 However, the kicker is that in order to get this free report you first have to buy into Koyfman's subscription advisory service called Microcap Insider for $999/yr.

So is it really free?

It doesn't really matter anymore though. As stated, I'll be revealing the name of the company he's talking about shortly, but first let's talk a bit about this "hated metal" called uranium.

Koyfman isn't the only one thinking uranium prices are going to skyrocket in the near future. Many see it as a "boom or bust commodity", which means that prices cycle higher and then fall, usually in time-frames of around a decade or so.

No one really knows when prices will boom, but there are many catalysts in place for it to happen any time.

Some of the points that Koyfman makes for the argument that it will happen very soon include the number of nuclear reactors that are in the works, the impact COVID has had on things, and the number of long-term uranium contracts up for renewal.

Uranium has already spiked a bit as a result of the pandemic... 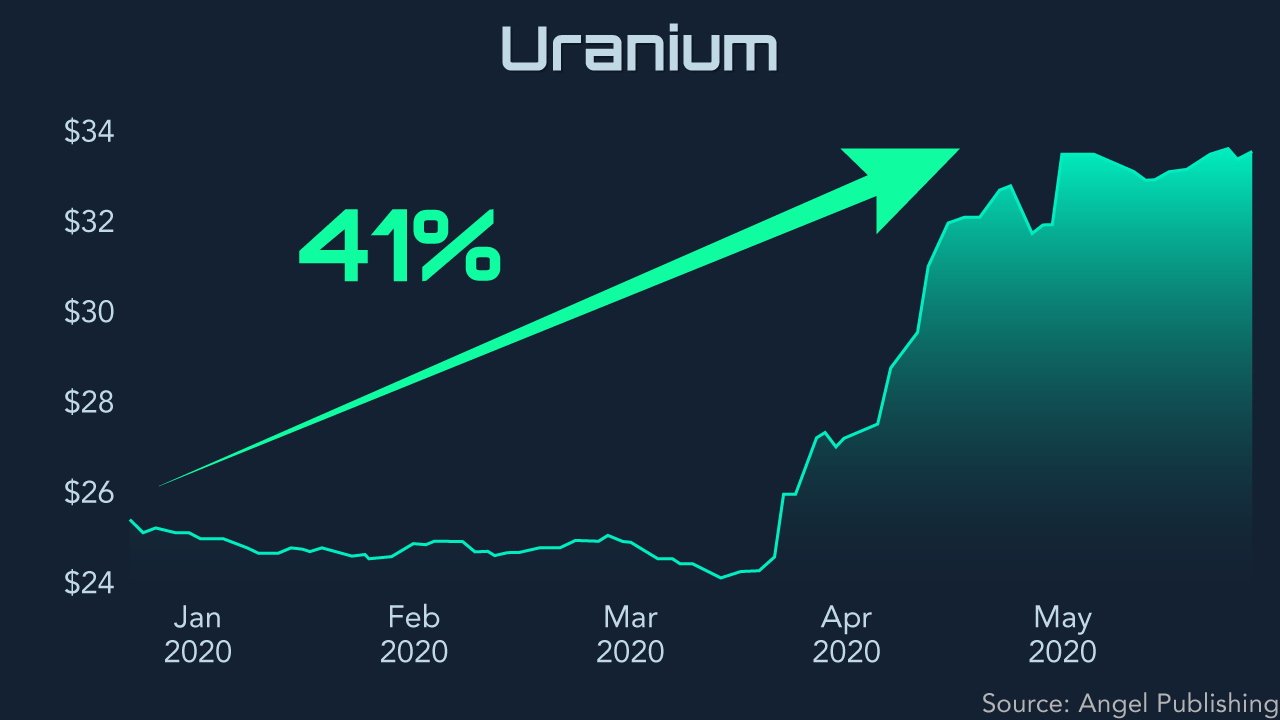 As was stated in the presentation, half of the world's uranium comes from Kazakhstan and one of their big state-run miners, Kazatomprom, shut down it's in-situ sites on April 7th after COVID started happening. The miner has resumed production, but continues to operate at a 20% reduction and seems to have no plans to make-up for the volume lost because of the COVID shutdown.

Anyways, the demand is greater than the supply... and we know what this does to prices... 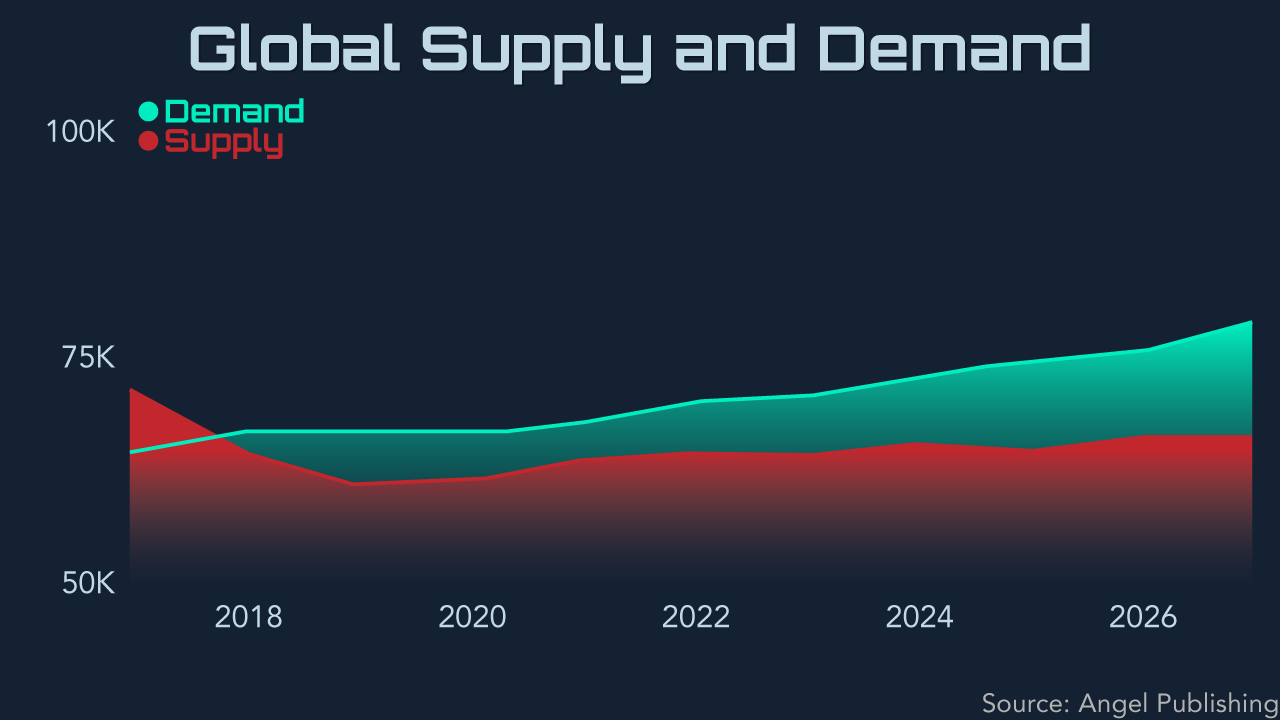 Koyfman goes on to give examples of how investors could have easily become millionaires from the 2006 uranium shortage and claims that this is repeating today... "only this time, it's four times bigger" because of the COVID situation.

Another catalyst has to do with contract renewals. Right now “Only around 67% of European and 28% of U.S. utilities’... requirements are currently contracted”. Power plants usually secure long-term uranium contracts that last for up to 15 years... and with many contracts up for renewal in the near future we could see prices increase just from this - Koyfman thinks they could "easily double".

And on top of all that, you have the US stockpiling uranium and trying to get back in the lead in nuclear energy technology.

There are lots of things acting in favor of uranium price surges here... and Koyfman teases 3 investment opportunities, each of which are speculative and trade at less than $2 a share - all are US companies.

The first two companies are given to us for free. These include:

However, the company he's teasing the most... the one he thinks could hand investors gains of up to 29,594%... he doesn't tell us.

But the good news is that he did provide enough clues for me to piece things together and find a positive match.

This is the company he's been calling "The Amazon of Uranium" and some of the better clues we were given include:

If you're thinking it's Energy Fuels Inc (UUUU) then you are correct my friend.

Energy Fuels Inc is a leading producer of uranium and vanadium in the US, and also offers environmental cleanup and uranium recycling services.

All the clues match up nicely here... 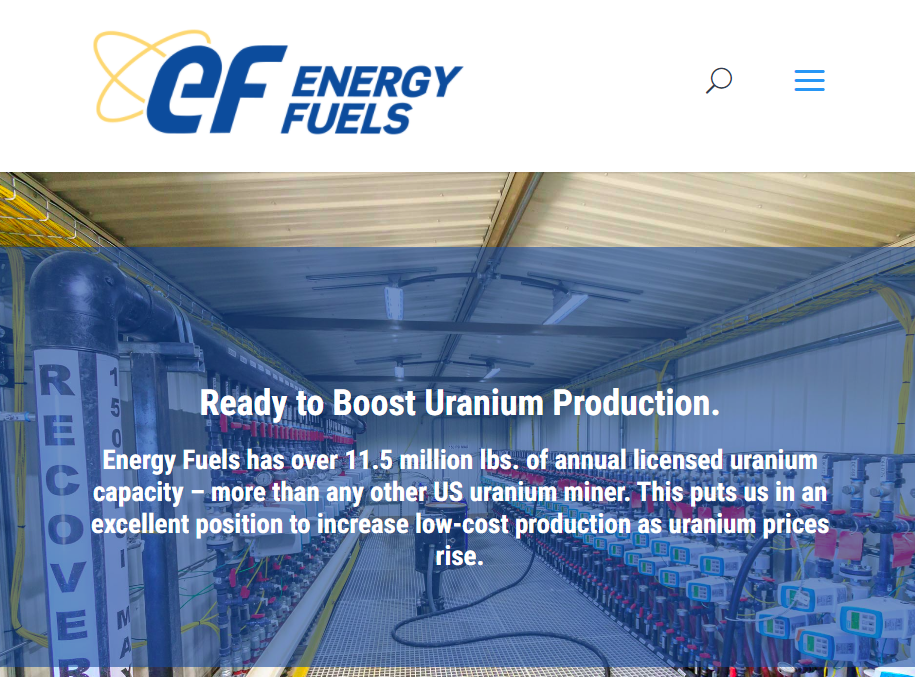 There's no doubt it's Energy Fuels Inc that Alex Koyfman is teasing here, but is this really a 29,594% opportunity?

The potential to make 29,594% gains on an investment in Energy Fuels Inc sounds crazy, but according to Koyfman this is actually a conservative prediction.

He tells us that based on the 2006 uranium bull run this stock would have went up 29,594%, but since the current situation is around 4x that because of COVID, "we could even be looking at an incredible 103,579% opportunity".

I suppose it's possible, but you certainly shouldn't count on gains like this. Koyfman is a speculator and you have to take some of the things he tells you with a grain of salt.

As I'm writing this, Energy Fuels Inc (UUUU) has a VGM score of F from Zacks, which means they think it may be overvalued and don't recommend buying it... but then again they aren't fans of speculation.

While there definitely is big potential here, the bottom line is that this is a speculative play and you shouldn't invest more than you can afford to lose.

I hope you've enjoyed this post and got some value from it.

As always, lets us know what you think of this stock in the comment section below. Is a 29,594% prediction being conservative?