Jeff Brown’s Blockchain Stocks – Once In A Lifetime Opportunity? 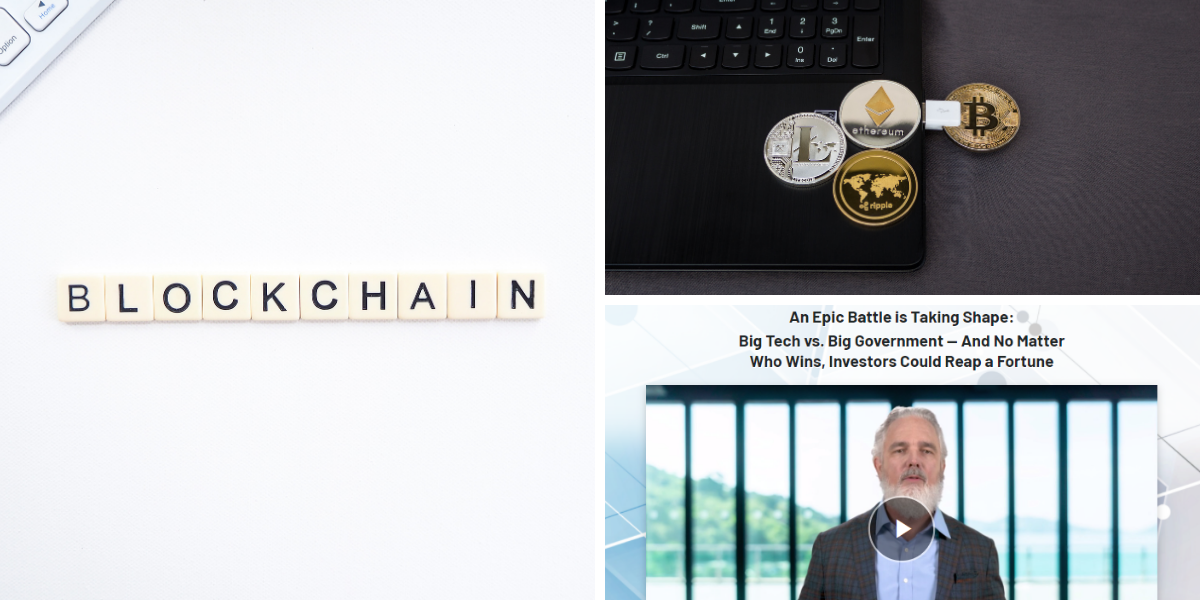 Jeff Brown has been a financial industry mainstay for a few decades now and is considered an influential figure when it comes to making bold investment predictions. In his latest marketing pitch, he talks about “an epic battle” that is taking shape – “Big Tech vs. Big Government”, teasing a war between governments and central banks on one side, and the biggest tech companies, on the other side.

The founder of Brownstone Research talks about a “once in a lifetime opportunity” provided by blockchain technology to invest in the latest and greatest blockchain stocks and reap profits that can help you retire in a few years time. The author also claims that you will find the name and ticker symbol of three blockchain stocks that will be a game-changers in the upcoming months. Stay with us, as we are going to try and reveal these here for you for free. 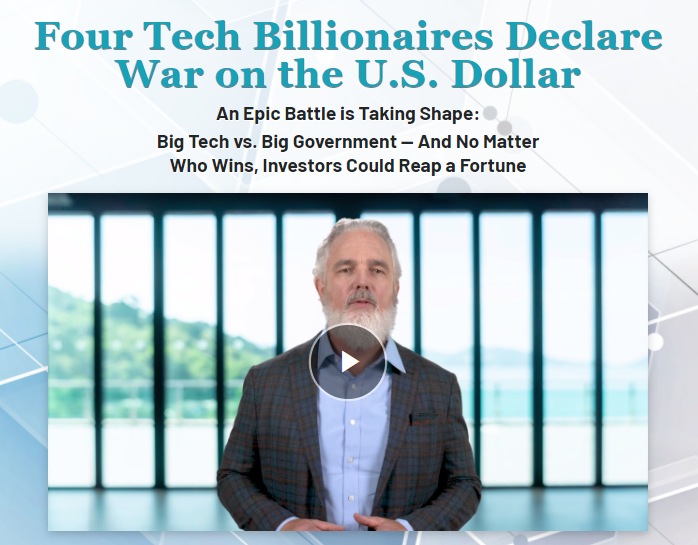 Apart from being the Chief Investment Analyst at Brownstone Research, Brown has over 25 years of business experience. He is a former NXP Semiconductors and Qualcomm executive and states that, since leaving the corporate world he’s “taken stakes in dozens of tiny firms… with a success rate of 93%”. His main focus is on American technology companies and markets but, throughout the years he has pitched hundreds of different companies, including “Intabio, which increased by 900%, Infospace, which went up 743%, and Anadarko, which returned more than 4,300%”.

In this marketing ad, he pitches one of his paid newsletter subscription programs, The Near Future Report, for only $79 per year. You will get a 60-day money-back guarantee, twelve issues of the digital report, urgent alerts, four free reports, two exclusive gifts, and two other bonus partner reports to answer all your questions about investing in blockchain stocks, finding the best cryptocurrency stocks, how to start trading them, and how to profit from this volatile industry.

Brown goes on to talk about how four tech billionaires “declared war on the U.S. dollar”, then naming the CEO’s of Facebook, Apple, Amazon, and Google respectively. He says that governments feel threatened by the power these four companies have managed to accumulate and that firms like Facebook and Google have “grown too big for their britches”.  The reason why the government is starting to target these four trillion-dollar companies is that all of them want to mint their own money in the form of digital coins. Moreover, they have already “got dozens of the top financial tech firms in the world to sign on to support such roll-outs”.

Brown continues his letter by saying that “whoever controls the world’s top currency holds a key advantage – the ability to print or borrow money in massive quantities”, and he thinks that one of these four companies – Facebook, Google, Amazon, or Apple, will have a lot to say about this soon.  As an example, Facebook is already on the verge of launching its own cryptocurrency – Libra, introducing it to a potential market of 2.2 billion Facebook users while Amazon has already created a self-supporting ecosystem that allows it to be almost completely vertically integrated and even come up with alternative payment methods for its clients, like Amazon Pay.

Brown noticed that “each of these firms is on the brink of launching their own private currency”. In other words “a form of money, not backed by gold… or silver… or any government”. It seems that Facebook may have a first-mover advantage here, already receiving support from partners such as Uber, Coinbase, and Spotify among others for its blockchain based payment system.

The author claims that investing directly in cryptocurrencies and crypto stocks is one of the easiest ways to skyrocket your investment profits in a matter of months and is certain of the glorious future of this new form of payment. We have heard similar pitches here before: Tap & Go Stocks and Stock of the Century  But which stocks is Jeff backing?

What Stocks or Financial Products Are Being Teased?

Early in the presentation, author Jeff Brown mentions that he’s talking about three blockchain stocks that will “set up a profit opportunity unlike any we’ve seen in 300 years”.

Unfortunately, this is one of the only clues we were given about any of the stocks or financial products Brown talks about, so we couldn’t identify his investment choices. However, he continues stressing the importance of investing in Facebook’s Libra and all the other digital currencies being developed by the four biggest tech companies in the world once they are released.

Are Cryptocurrencies and Crypto IRA’s A Good Investment Opportunity?

Cryptocurrencies have been around for a minute and are here to stay in one form or another. They might have the power to change today’s money paradigm and shift it from a government-backed currency to something more fluid and decentralized. However, it is unlikely that we will experience the fall of the U.S. dollar or any other fiat currency only to have it be replaced by Bitcoin, Ethereum, or Facebook’s proposed and since shelved Libra.

The market of cryptocurrencies will continue to grow, but we’re already at close to 7,000 different coins and tokens and counting, with only a handful of them being worth investing in. What Brown teases is not revolutionary, as the the rise of altcoins and alternative payment methods has been predicted throughout the last few years.

However, before thinking about putting your money directly into any of these altcoins or IRA’s with cryptocurrencies in their portfolio, you need to understand their volatility. As un-regulated currencies that are not sanctioned by any government regulatory body or backed by any hard precious metal, their value can fluctuate massively from one day to another. They also carry very high investment risks, especially over the long term.

As central banks begin developing and eventually transitioning to their own digital dollars, there is a very high likelihood that other competing digital dollars and coins may be legislated away or at least cracked down on enough to deter most mainstream financial companies and retailers from accepting them as payment. This would relegate today’s coins to a kind of Internet backwater with their underlying values sure to suffer.

Do you currently own any cryptocurrencies? Do you believe a completely digital dollar is the future? Let us know in the comment section below.