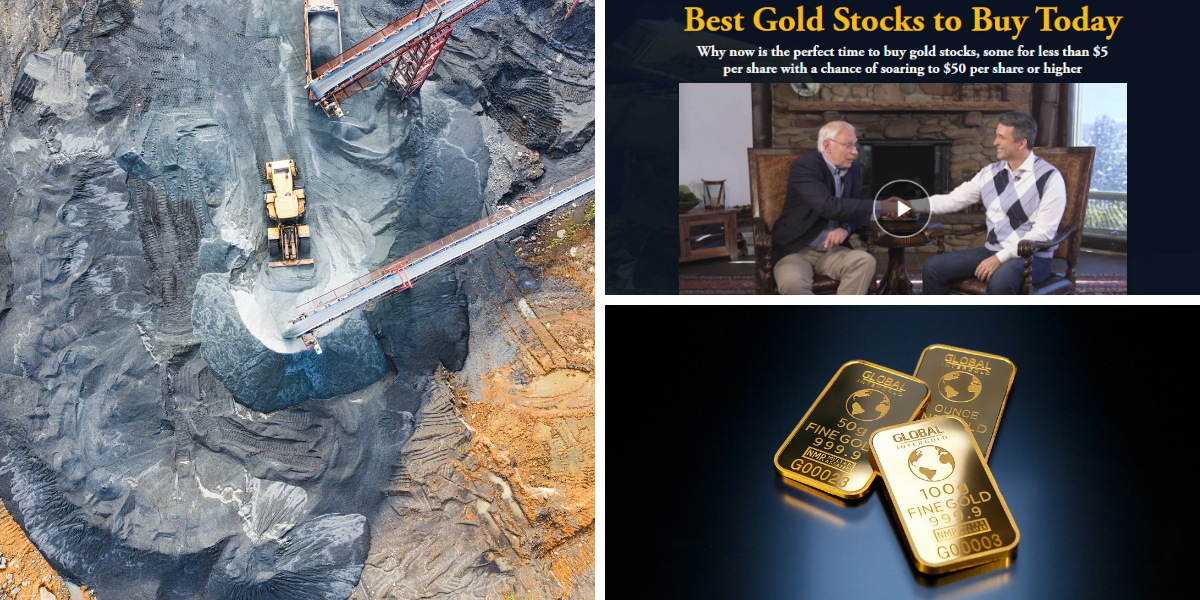 For thousands of years, gold has acted as a preferred medium of exchange between countries and civilizations, long before the creation of fiat paper currency, including the US dollar, the UK pound, and more recently, the EU’s Euro.

Britain’s national currency, the “pound” originally took its name from what it would cost when it was first introduced – a pound of sterling silver, while the U.S. dollar used to be worth the 1/20th part of a gold ounce. As paper dollars have depreciated throughout the ensuing years and decades, one thing has more or less maintained its value – gold. And, due to today’s uncertainty, gold has increased in popularity once more, with many countries ditching their trust in the U.S. dollar and re-upping their gold reserves. In his latest pitch, The 2020 Gold Spike Summit, millionaire and prominent gold bug, Doug Casey, talks about the importance of investing in gold, with a twist. 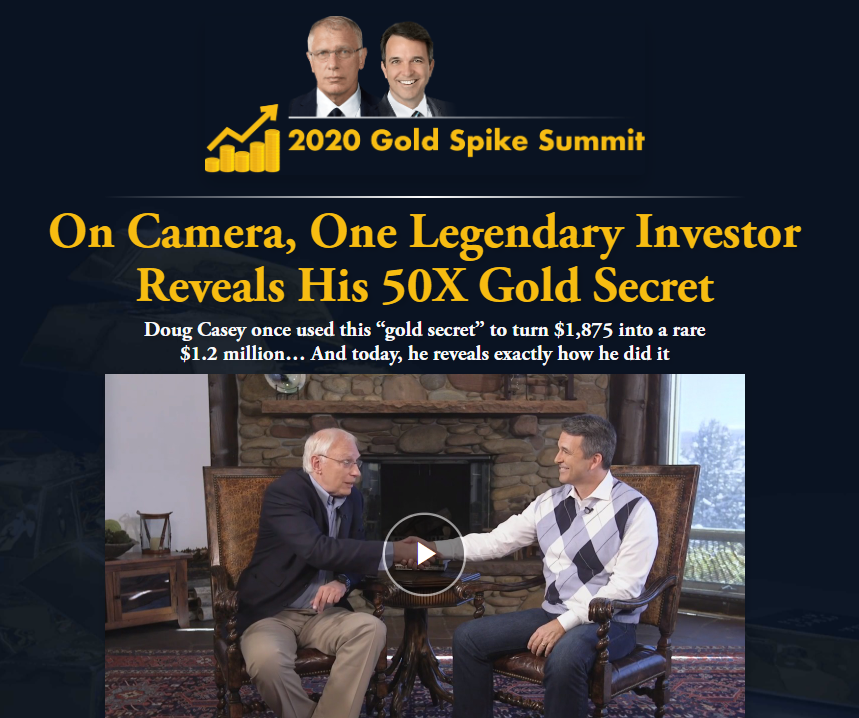 At the beginning of the presentation, we find out that Doug Casey has “been a trusted counselor to governments around the world”. He is the author and co-author of over half a dozen books, including the New York Times #1 best-seller, “Crisis Investing”. He is a millionaire speculator and the founder and chairman of Casey Research, describing himself as an “anarcho-capitalist”. Doug graduated from Georgetown University and having a millionaire father certainly didn’t hurt his future fortunes either. Casey mainly focuses his investing activity on precious metals and microcap stocks, but throughout the years he has dabbled in other assets as well.

The investor describes himself as a contrarian and he applies this view in his investments, economic interpretations, and government. In his own words, “You got to be a speculator today. It’s no longer possible to work hard and save your money and get ahead in life”.

Is There An Investment Opportunity Here?

Doug starts his presentation by saying that “the Central Bank of Austria has repatriated 4.5 million ounces of gold from London and that Hungary and Romania have both withdrawn their gold from storage in England”. In Casey’s words, “this is unprecedented in modern history. It shows a profound lack of distrust”, which is why big banks and private investors alike are both swapping paper currency for gold and gold stocks.

Casey mentions that “smart players are trading their fiat currencies and buying gold. Because it’s the only financial asset that’s not simultaneously somebody else’s liability”. Throughout the past century, the world has seen everything from devastating world wars to hunger, prohibitions, communist regimes, financial disasters, inflation, and multiple boom and bust cycles…that’s everything right? Traditionally when currencies depreciate and central banks attempt to paper over economic collapses, its gold that has been one of the only assets that continues to rise in value. Christian DeHaemer – who’s teasers we have also previously covered here: Bailout Millionaires is also big on investing in gold stocks, claiming you can enjoy “quadruple-digit gains”. Given the sudden moves of governments and central banks to increase their national reserves of gold and repatriate gold back to their home countries, we could see a new era for gold and gold stocks.

Doug Casey not only advocates for people to continue investing in gold but to also take advantage of the market’s volatility and current weakness caused by the coronavirus. He says you should not only focus on buying solid gold (coins or bullion) but also place your bets on mining companies, the “niche” of the gold market.

“The Gold Spike Summit” is filled with teasers that ultimately lead nowhere and half pieces of advice on how to increase your returns by investing in gold stocks. Ultimately Doug predicts the gold price to reach never-before seen values of over $50,000 or more per ounce.

What Is Being Teased?

What’s curious about Casey’s presentation is that it has been around for about a year, even though he says the pitch will be “taken down Tuesday at midnight”. Either way, the entire interview culminates with a pitch for Casey’s newsletter subscription program, Strategic Investor, for $49 per year.

Similar to other authors, Casey also tells people to focus more on gold stocks rather than gold bullion as the latter is a safe long-term investment with a cash return policy of over 10 years if you’re looking for consistent profit.

Doug doesn’t mention or tease any particular stock, so, if you want to know the latest gold stocks he is investing in, you’ll have to subscribe to his investment program.

Is Gold a Good Investment Opportunity?

As we have mentioned before, Casey is not the first or the only investment advisor to suggest people invest in gold and gold stocks. With the current worldwide pandemic and the loss of over 50 million jobs in the United States alone, 2021 doesn’t sound too promising for the U.S. dollar and other major fiat currencies either. The U.S. government has already accumulated a debt of over 20 trillion USD, which means the value of the USD will only continue to depreciate from here on out.

One thing to take into account is also the appearance of many alternative payment methods…such as cryptocurrencies. Although the largest ones can still be exchanged for fiat dollars, it leads the way to a society where cash is no longer needed – something which central banks are taking heed of as well. With paper money being less used (less than 10% of all currency in circulation today is in cash) , it is safe to say that people will hark back to gold as a store of value, especially in times of economic uncertainty.

In other words, gold and even some gold stocks could prove solid and safe investments for those who are looking for both safety of principle and at least a somewhat satisfactory return over the long-term.

Would you invest in gold stocks? Are you currently putting your savings in gold or other fiat currency alternatives? Let us know in the comments below.