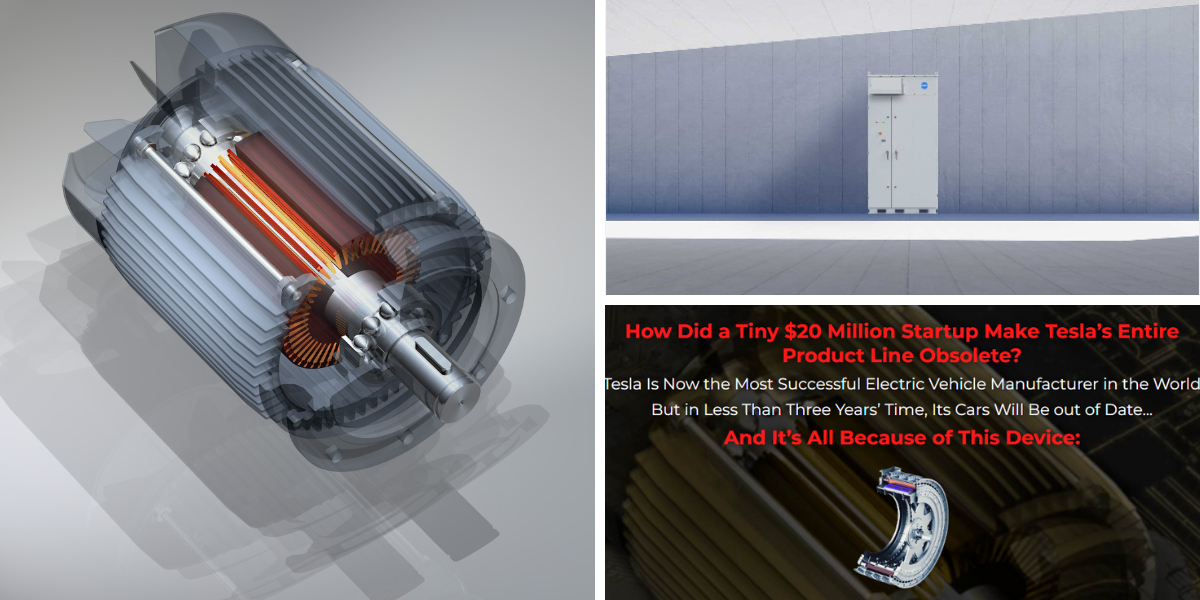 Alex Koyfman admits that Tesla is the world’s largest and most successful car manufacturer.

However, all of its vehicles have one fatal flaw, which is not confined to Tesla. It extends to nearly every electronic product in the world and there’s one “E-Axle” company aiming to fix it.

This flaw is the electric motor, as they have an inherent weakness built into them that has never been addressed in the 200-some years since their invention by British scientist Michael Faraday.

Like many of us, Alex Koyfman is a self-taught investor. We have revealed several of his past picks here at Green Bull, including his Graphene Company and Bioplastics selection for 6,896% growth.

Nearly half of all the energy produced globally is consumed by electric motors. This equates to $3 trillion of electricity…quite the utility bill.

It’s because electric motors are everywhere and they make everything work. Despite this, no one has made any real changes to the way motors work since the 1800s. The electric motor is still copper wire wrapped around a spool and magnets. This includes the motors found inside every Tesla vehicle.

Modern Solution to A Modern Problem

Alex thinks electric generators are now at peak efficiency in terms of both speed and capacity. So what is the solution? Power generation.

These are electric motors working in reverse, so instead of putting electricity in to make the shaft spin, the shaft is spun and power comes out. 99% of all electricity comes from this mechanism. In total, humanity produces and consumes about 23,000 terawatt-hours of electricity annually, so the magnitude of this is huge, to say the least.

In a world where power is becoming more expensive by the day and increasingly regulated by the government, doing the same old things just isn’t good enough anymore.

Thankfully, with the advent of artificial intelligence, previously untapped production capacity can finally be liberated. One Canadian-based startup is leading the charge on this.

The name, ticker symbol, and exactly how this company is modernizing the electric motor are revealed in a special report called: “Electrified Profits: From Startup to Trillion-Dollar Industry Giant.”

The only way to access it is with a subscription to the Microcap Insider newsletter. One year costs $3,999 and comes with a “100% satisfaction guarantee”, weekly issues, specific entry, exit, and target prices on regular stock picks, and a whole lot more.

The Most Important  Technical Achievement Since the Civil War?

One of the biggest issues with traditional generators is that by design, each unit operates at peak efficiency at a preset and constant rotational speed.

Think about it like a bicycle. To get maximum usability, modern bikes have multiple gears to maximize their efficiency whether you’re going up or down hills. Electric motors have never had such a mechanism built into them, it was always just a single spool of wire that generated a voltage of power.

What Alex’s pick has done, which no other company has been able to do before it, is build a gear directly into the spool itself. Only it is not mechanical and it was accomplished by highly sophisticated algorithms that optimize power efficiency at all speeds. The system is called Dynamic Power Management (DPM).

This is what is creating a new generation of electric motors and power generators. It’s the same kind of advantage that a ten-speed bicycle today has over a primitive centuries-old bike or a child’s tricycle.

Alex firmly believes this innovation will make every current electric motor and generator obsolete within the next 5-10 years.

Although this sounds far-fetched, it would at the very least make every wind turbine, hydroelectric dam, and nuclear plant retrofitted with DPM much more efficient.

The Benefits of DPM Technology

Beyond making applications more efficient and capable of generating more power, DPM is also reducing their size, cost, and weight.

In addition, it will also prevent catastrophic power failures by being able to identify faults, like the kind that have prevented more widespread adoption of electric vehicles. DPM promises to wipe out or cut these barriers down.

This transition is already taking place and one tiny company is ahead of all others.

Between the hype and projections, there were a few clues dropped:

A Google search of “DPM technology Canada” brought back the answer: Exro Technologies Inc. (OTCQB: EXROF). The clues are a hand-in-glove match:

The Key to Clean Energy Transition?

Exro’s mission is to bring advanced technology solutions that optimize electrification to market.

It is currently piloting its tech with several partners and aims to launch full-scale production next year. Thus, we are talking about very early-stage, pre-commercialization at this point.

No revenue, earnings, or cash flow to speak of. This always makes the task of valuation much more difficult. Basically, all we are relying on is the value of Exro’s intellectual property (IP) – an intangible asset.

Exro’s tech appears to enhance the value of other assets with which it is associated, but it does not yet generate economic benefits for the company. Is it worth about $200 million today? I would say no, but this is the premium it gets for having such a high upside…if it works.

The company’s value proposition is there, just expect to wait a long time to get rewarded if you buy in today.

Is Exro’s DPM technology the key to clean energy adoption? Tell us why or why not in the comment section below.