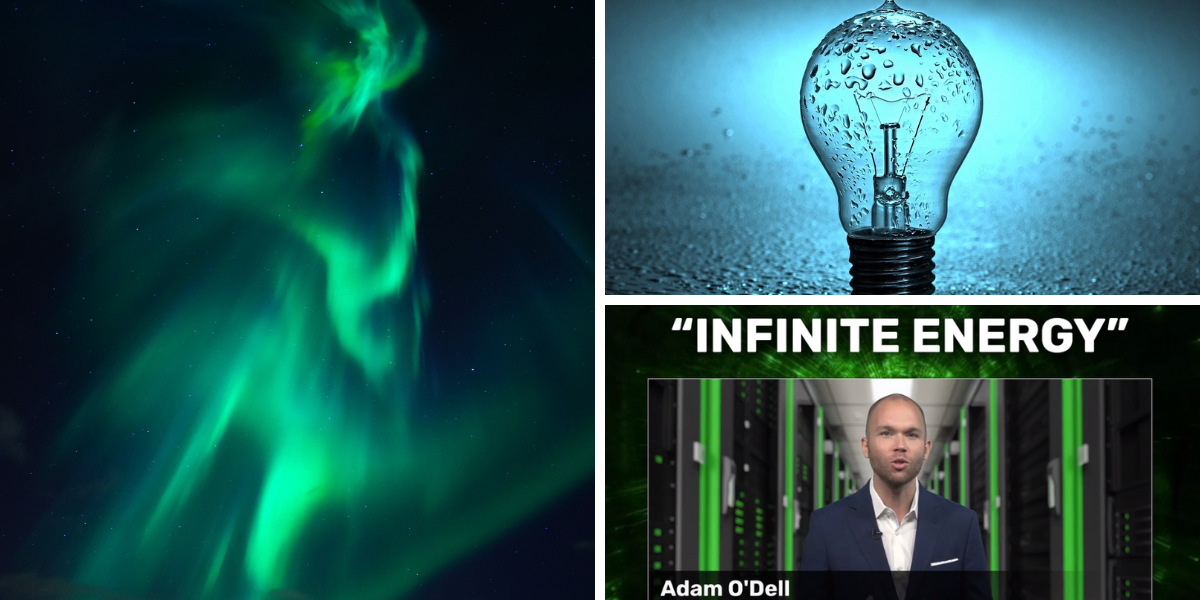 The vast oilfield known as Ghawar deep in the Saudi Arabian desert is arguably the greatest wealth-generating resource in the history of mankind…until now that is.

Money & Markets’ Adam O’Dell says there is an untapped energy resource that’s much larger. To be clear, this resource isn’t oil. Or uranium, solar, wind, gas, hydropower, coal, fusion or anything like that. Rather its an “Infinite Energy” platform and its in the early stages of taking the world by storm.

Adam is convinced that we’ve never heard of this green energy resource before. An energy resources that provides five times the total power output of the entire Ghawar Field.

Adam O’Dell is yet another former hedge fund manager turned financial journalist, which is starting to make this trend endemic. He is the Chief Investment Strategist of Money & Markets and edits several regular newsletters, including Green Zone Fortunes. We have reviewed O’Dell’s work here in the past, including his “x.AI” Stock and #1 DNA Stock, among others.

Despite the hype we’ve heard already, Adam insists that there’s really no way to overstate just how BIG this is. As it means the companies tapping this resource are potentially sitting on a trillion-dollar treasure trove.

This is due to Infinite Energy software now being able to harness a never-ending stream of the most inexpensive energy the world has ever seen, meaning millions of homes are set to benefit from energy savings at a critical time, as this new energy technology spreads across the globe. On the last point, we’re assured that this isn’t something that’s coming in a decade or two, this is starting to happen right now.

In fact, thanks to all the new energy software and tech, many Americans could soon reach a point where electricity costs them almost nothing. Wired magazine reports that Colorado resident “Katela” is currently paying as little as $12 a month for energy, which sounds like an absolute dream come true after the not-so small energy bills endured this past winter.

As it turns out, a tiny Silicon Valley company is central to this “Infinite Energy” breakthrough and we can invest in it for less than $15 today.

The name of this company is inside a report titled The Tiny Company Dominating Tesla in the Trillion-Dollar Green Energy Race.

Its ours when we sign up for a risk-free trial subscription to Adam’s newsletter – Green Zone Fortunes for just $47. A 75% discount off the retail price. For this price, we get two additional special reports, a Momentum Principle Millionaire Video Series, access to a proprietary, patent pending Green Zone Rating system, a monthly stock recommendation, and more.

How in the World Does “Infinite Energy” Work?

This is something that could disrupt the $7.6 trillion energy market, potentially making early investors a fortune in the process.

See, more than 60% of the energy we produce here in America is wasted every year. This means a ton of the power we generate is simply “trapped” in the grid. All told, there’s something along the lines of 12 trillion kilowatt hours of trapped energy going to waste. This is precisely what’s equivalent to five times the total output of the Ghawar Field in Saudi Arabia.

With our old legacy power grid, the power generated and the power consumed must balance each other perfectly. That means if more power is produced than needed, which happens every day all over America, it’s simply trapped in the power grid with nowhere to go.

The current grid has systems for dumping this “trapped” energy by converting it into heat or even running it through a huge bank of light bulbs. But this is equivalent to growing an entire crop and then just when it’s ready to eat, burning it before it can be consumed. Highly inefficient and wasteful to say the least.

This is where “Infinite Energy” software comes in, as with each passing day this breakthrough technology is turning more and more trapped energy into usable power. Meaning that trillions of extra kilowatts could potentially power American homes and businesses for the first time ever.

So in a nutshell, “Infinite Energy” taps this trillion-dollar reserve of “trapped” energy and turns it into power we can use, leading to potentially trillions of dollars of unrealized revenue just waiting to be unlocked. Question is, what is the artificial intelligence (AI) software that is enabling the harnessing of trapped energy and who is behind it?

Adam reveals a bevy of clues for us about the company behind “Infinite Energy”, here are some of the most obvious giveaways:

Based on these revelations, the company Adam teases here is Stem Inc. (NYSE: STEM). This is what gave it away:

Stem proudly calls itself “the first pure play smart energy storage company to go public in the US.”

All told, the company addresses a rapidly growing energy market that is on pace to hit $1.2 trillion by 2050 according to some estimates, it is already leading this market as the largest smart storage network in the world, it is on stable financial footing with a current ratio of 2.5, and it carries a low absolute multiple of less than 12x current earnings.

Is this the holy grail of energy? Let us know what you think in the comment section below.