That “x.AI” Stock Adam O’Dell Won’t Shut Up About – Exposed 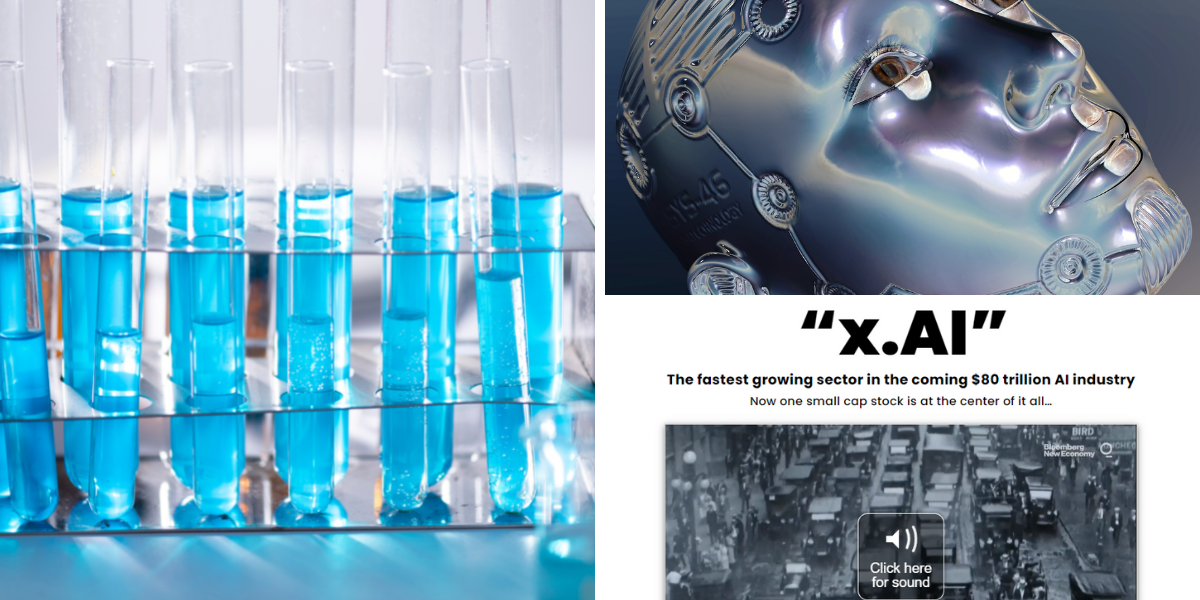 You may have heard about the $80 trillion Artificial Intelligence (AI) industry, but have you heard about the fastest growing sector within it? Or the one small cap stock that is at the center of it?

Adam O’Dell is here to tell us about “x.AI”, in this presentation that he says will change our lives!

The presentation starts with a video of billionaire tech investor and early Internet pioneer, Mark Cuban saying AI will have 10X the impact of the Internet. Adam O’Dell is a former hedge fund manager and editor of Money & Markets’ Green Zone Fortunes, Home Run Profits, and the time-tested 10X Profits research service. He has been publishing recommendations since 2012 and made it his mission to find the absolute best moneymaking opportunities in the markets at any given time. We have also reviewed a few Adam O’Dell presentations here in the past, including his #1 DNA Stock and his “Green Zone” investment opportunity.

The “10x the impact of the Internet” comment is a lot to take in, as it grew tiny startups such as Amazon, Apple, Microsoft, Google, and Netflix into some of the largest companies in the world. A feat which will be incredibly difficult to top, although not impossible given the growth trajectory of AI.

For starters, it is growing at a faster pace than any of the other megatrends today. With current projections calling for AI to be:

By 2030. This is a major reason why big tech is dumping hundreds of millions and even billions of dollars into AI. But Adam tells us that big tech’s investment in AI is only half the story, because Washington D.C. has just strapped a rocket to the entire AI industry, that could send investor returns soaring.

What he’s talking about here is the new U.S. Innovation and Competition Act Senate bill that was recently passed with bi-partisan support. This provides a sweeping $250 billion budget to “boost tech research” in broad terms. Not only this, but the White House has also just launched the National Artificial Intelligence Research Task Force. Which brings together over twenty federal government agencies such as, NASA, The Department of Defense, and DARPA — the federal agency that created the Internet, among others, to work together with the single focus of further America’s dominance in AI.

Given all this energy and funds flowing into AI right now, there has never been a better time to capitalize on this trend than right now and there’s one sector in particular. A sector Adam calls “x.AI”, that holds the biggest promise of all.

In order to learn more about “x.AI” and a few of the best companies in the sector, we will need a subscription to the Green Zone Fortunes research service. This will cost us just $79 and carries a myriad of benefits. These include three special reports on Adam’s top “x.AI” stocks, including the NGS Fortunes: The No. 1 x.AI Company Working to Eradicate Cancer report containing the name of his top “x.AI” stock pick, 12 monthly issues, 52 weeks of exclusive, market-beating analysis and in-depth financial research, 24/7 access to a proprietary, patent pending Green Zone Rating system, so you can check the overall rating of any stock you want, whenever you want, and more.

What in the World is x.AI? It’s easy to see why when we know what x.AI is focused on, in short, it’s about enhancing the most valuable thing for each of the 7.9 billion people on the planet right now: Our health.

As we speak, the smartest minds in the world are leveraging AI to help us live healthier, happier, longer lives. With cures and treatments that go far beyond the limitations of modern medicine. This makes it abundantly obvious that what Adam is referring to as “x.AI” is actually the biotech sector.

It was dubbed x.AI — which stands for extreme AI, for no other reason than the extreme amount of wealth this sector has the potential to create. Some of the world’s richest men like Jeff Bezos, Elon Musk, Bill Gates, and Mark Zuckerberg agree. Which is why they have all personally backed biotech companies and they’re not the only ones, with pharmaceutical giants Bayer, Pfizer, and Procter & Gamble on board as well.

All told, AI-assisted drug discovery received the MOST private investments of any AI sector in 2020 – nearly $14 billion worth. With all this funding, research, and development, some truly remarkable things are being developed. Including the race to cure all of the leading causes of death in the U.S., such as cancer, diabetes, Alzheimer’s, and more. This is what Adam’s No. 1 biotech company is leading the charge in. Let’s try and find out what it is.

Revealing The No. 1 x.AI Company

Thanks to the application of AI some major medical breakthroughs are being made, including in genetic sequencing, which is what this company is pioneering.

Based on this info, the company O’Dell appears to be teasing is Illumina Inc. (Nasdaq: ILMN). Here is how the clues align:

The #1 Stock in the Fastest Growing Sector?

There is no denying that Illumina is among the most prominent players in the next-gen sequencing (NGS) market, with its proprietary sequencing and array of technologies fueling groundbreaking advancements in life science research, consumer genomics, and molecular diagnostics.

Having said that, biotech is a very rapidly changing corner of the market that requires at least some specialized knowledge to be successful in long-term. Otherwise there is just no way of knowing who has the best technology (they all say they do) or what advancements are coming that could disrupt the entire space.

Looking at Illumina strictly from an investor standpoint, it is trading at a high 71x trailing earnings and returns a modest 10% on its equity. But then again, its AI powered NGS technology could serve as a catalyst that makes the company even bigger. It’s a tough one to call.

Is next-gen sequencing the answer to many of society’s current medical ills? Tell us your insights in the comments below.