Adam O’Dell’s #1 DNA Stock – What The Heck Is “Imperium” Technology? 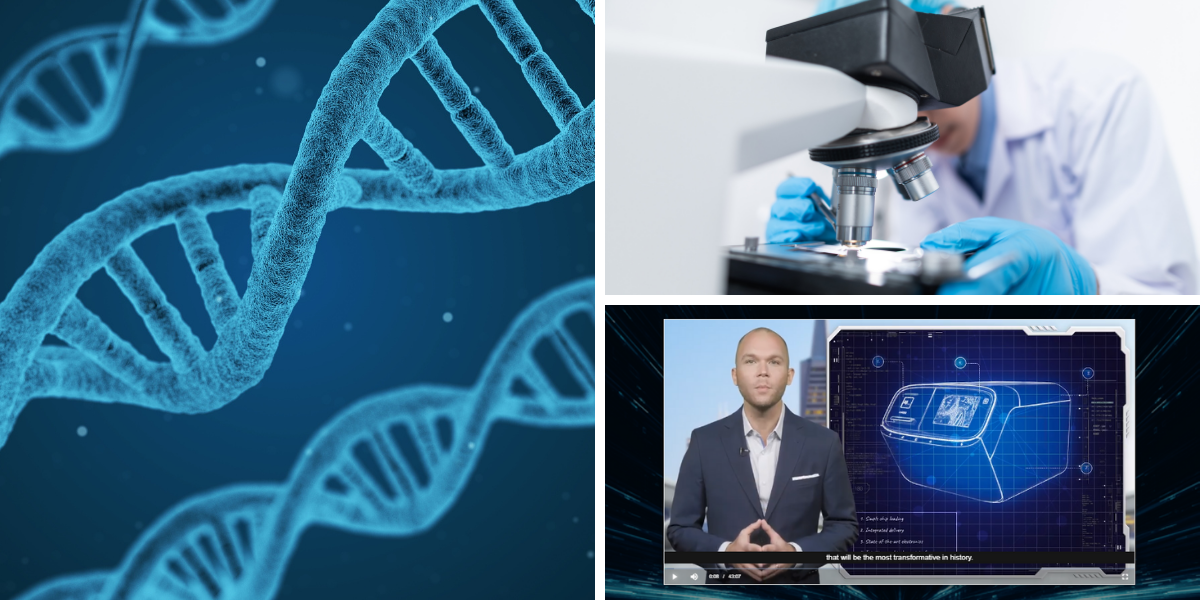 Adam O’Dell from Green Zone Fortunes recently filmed a video presentation talking about “a technology that will be the most transformative in history” and “one of the most important discoveries mankind has ever made”.  Without wasting any time, which we appreciate, Adam comes right out and tells us that the technology underpinning such eye-opening claims is called “Imperium” and that his “#1 DNA stock” is at the forefront of it all.

Adam knows he has us hooked now and follows up by telling us that “we have a once in a lifetime opportunity to invest in this small-cap company”. Let’s find out if “Imperium” is for us or not.

Adam opens up his presentation by saying that “investing in Imperium now, would be like getting into Internet stocks in the early 90’s” and says that this could be the next Intel, whose stock shot up by over 8,000% between 1990 and 2000 (we all know what happened after that). 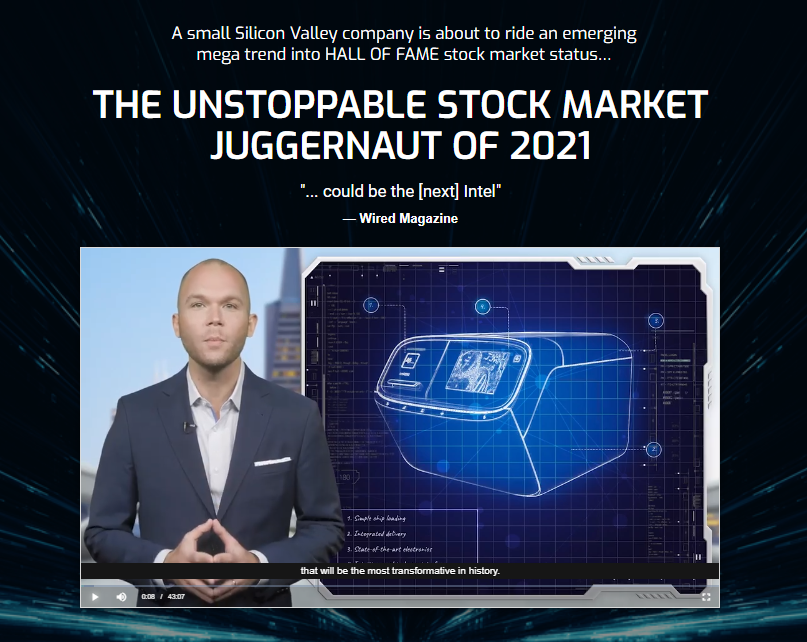 Adam O’Dell is a former hedge fund manager and a holder of the Chartered Market’s Technician (CMT) designation. He began publishing his trade recommendations online in 2012 and works to find the absolute best moneymaking opportunities in the markets at any given time, regardless of what the broader market is doing.

We are told that adoption of “Imperium” technology could happen even quicker than the Internet, which took 20 years to mature from 1 million users in its infancy to more than 2 billion. O’Dell says the indomitable Imperium tech has achieved this same growth rate in just 4 years! Given this feat, its entirely within the realm of possibility that so-called “Imperium stocks” could soar faster than Internet stocks did, since it is growing 5x faster after all. Aptly, this is the part where Adam tells us that all investments come with inherent risks and we should never “bet the house”.

One big positive, at least for the development of the “Imperium” technology, is that The Defense Advanced Research Projects Agency (DARPA) of the U.S. Department of Defense, is currently working on it, along with 10 other governmental agencies, such as the FDA, NIH, and others. DARPA has long had a history of helping commercialize emerging technologies, which doesn’t guarantee the success of Imperium by any stretch, but it does certainly help, big time. So what exactly is Imperium and what does it do? This is what we find out next, after a few quick words about the selling pitch.

In order to find out the name of his #1 Imperium stock pick and a few others, Adam O’Dell is selling us a subscription to his recently started Green Zone Fortunes investment advisory service. Given that this service was only started last year, you are urged to sign up for a risk-free trial of Green Zone Fortunes today and you will receive a full 1 year membership. 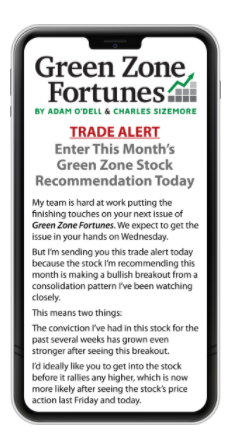 Included in this free ride, is access to a “weekly hotlist” of stocks analyzed by the proprietary Green Zone Rating system, two free reports and a free video series: Momentum Principle Millionaire series.

What The Heck is Imperium Technology?

According to Adam, Imperium is not just a technology, but also a machine 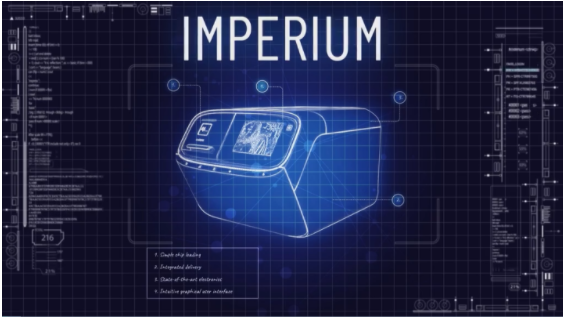 A machine that reads your DNA and then digitizes it so it can be stored inside a computer. This is why it’s called a “DNA sequencer”, because your DNA is made up of a “sequence” of over six billion letters. Since DNA is the stuff inside your cells that carries all your genetic information, it’s not surprising that some of the “usual suspects” such as Bill Gates’ Cascade Investment LLC and Mark Zuckerberg are also invested in Imperium technology in one way or another.

As you may be able to tell, the process of DNA sequencing, that is determining the the order of nucleotides in DNA, is a cumbersome and lengthy process. End-to-end genome sequencing can take as long as 3-7 business days, based on a number of variables, such as the sequencing method used, number of samples needed, etc. In fact, the very first time scientists sequenced all the DNA inside a single person, it took some 13 years and cost approximately $2.7 billion dollars.

However, thanks to technological advancements and specifically hardware developed by Adam’s #1 Imperium company, which he now refers to as his “#1 DNA company”, anyone can now get their DNA sequenced in just 8 hours, for just $239. All you have to do is swab inside your mouth and you will get your DNA sequenced and uploaded to a computer in a single day. The benefits of doing this are very debatable, but from a purely investing standpoint, the impact of such technology being widely and cheaply available will have an impact. We have reviewed DNA-based teasers here before: Trillion Dollar DNA Stocks and Michael Robinson’s Super Vaccine Company. So this is nothing completely ground breaking.

With that said, will DNA technology really be “the greatest mega trend in history?”, will it be brought to the masses at supersonic speed and grow 200,000% in just four years? What is the #1 DNA company and will it be a “central player” in this rapidly emerging market? The answers to this and more are below.

Thankfully Adam has dropped plenty of clues as to what his top DNA sequencing stock pick is, here is what we know about it: 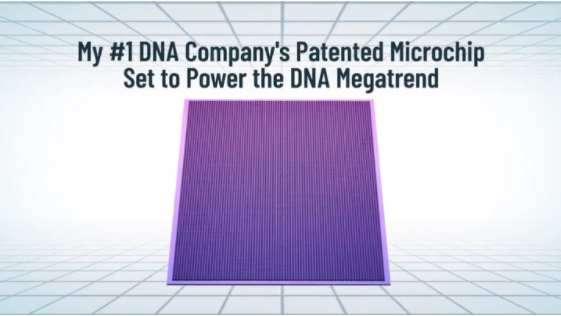 Based on some of these clues, we think the DNA company being pitched here is: Twist Bioscience (Nasdaq: TWST) Here is what lead us to this conclusion:

While Twist is not technically a small-cap at a current valuation of around $6.6 billion, it does fit the bill of what O’Dell is pitching almost to a tee. Since Twist is still a relatively new company, as it was founded in 2015 and went public in 2018, lets see how it stacks up from an investment standpoint.

If we look at DNA-based products and services as a whole, the trend is definitely in Twist’s favor, as the DNA sequencing market is projected to grow at an above average rate of 18% over the next few years. I realize that DNA is one of the most important aspects of modern molecular biology, but it doesn’t give me any personal comfort that multinational companies working in tandem with global tech giants and governments are now sequencing and storing people’s DNA…but maybe its just me.

Turning to Twist, using the trusty Value Spreadsheet Premium tool. It tells us that the company is way overvalued at its currently outstanding price by a few reliable valuation methods:

Given Twist’s negative earnings per share and as yet unproven technology, we would agree with this assessment of fair value. It is going to take Twist a while to reach mass commercialization of its technology (these things usually do take longer than anyone projects) and win over significant market share from incumbents who may or may not be ahead at this point in time. This makes Twist a pass for us at its currently prevailing price.

What are your feelings on DNA sequencing? Are you already invested in the industry or do you have some reservations? Let us know what you think about this emerging trend in the comment section below.