What Are Bill Bonner’s “America’s Nightmare Winter” Predictions And Picks? 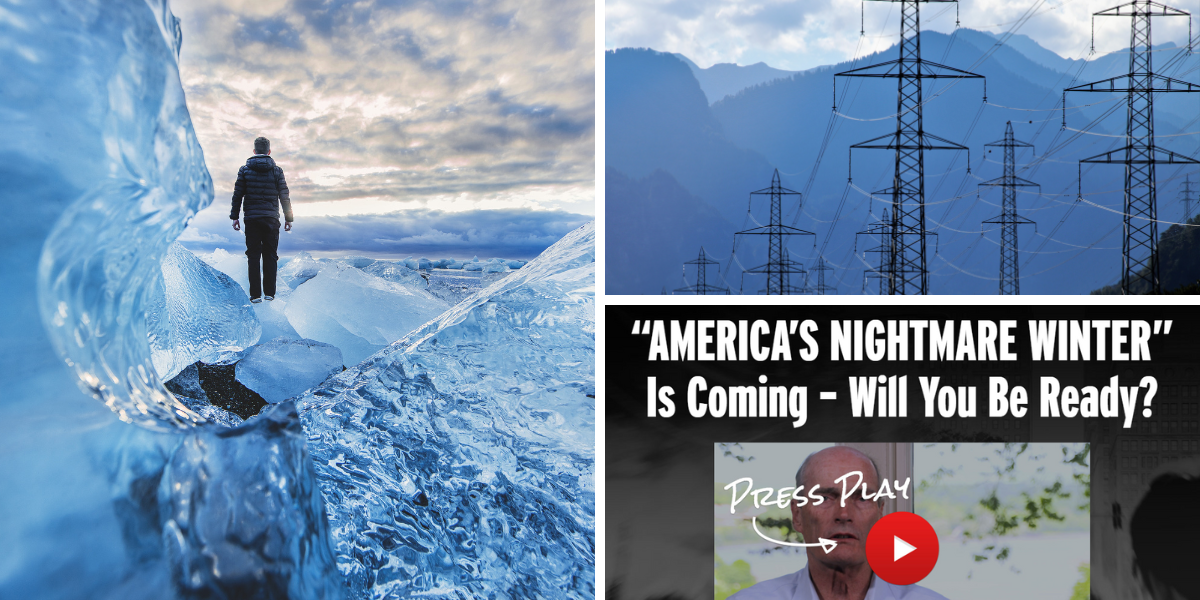 The founder of Agora Financial, Bill Bonner just went public with the fourth and final predication of his illustrious 50 year career. He says it will cause the biggest disruption to our society, financial markets, and our very way of life in more than 50 years.

This will all culminate in an event called “America’s Nightmare Winter” and there’s four steps we can take to stay ahead of this runaway freight train barreling towards us at maximum speed.

The presentation starts by stating that each of Bill Bonner’s three previous big predictions have come true – the Japanese stock market crash in the 80’s, the dot-com bubble bursting in the late 90’s, and the massive bubble in sub-prime mortgage financing and real estate leading up to 2008.

Bill Bonner is best known for founding Agora Financial, the publisher of financial newsletters and conferences. But he is also the author of a New York Times bestselling book Empire of Debt as well as Financial Reckoning Day. We have taken an unbiased, critical look at Agora as a whole right here and Bill Bonner himself as well.

This fourth prediction follows the same inauspicious pattern, saying that our good fortune of the past 50 years is about to take a major turn, as two inevitable trends careen toward each other. This collision will bring about some of “the most difficult years in American history.”

What are these two trends? Bill claims that someday in the future, perhaps on a particularly cold night. America’s entire energy system will collapse. Fuel won’t get delivered, rolling blackouts will sweep the land, pipes will freeze, food in the freezer will go bad. You may shiver in the dark, praying for just a little power.

Experts tell us that if diesel fuel is cut off, it would take only three days before supermarket shelves are bare. In the 72 hours following an energy cut off, almost all businesses would run out of supplies and be forced to shut down. If this continued, in a matter of weeks, civilization as we know it would come to an end. Cheery stuff.

We will do just fine by following the four steps outlined in the collection of research reports below:

They are all included for free when you sign up to Steve Sjuggerud’s True Wealth research service. A subscription costs $49 for the first year and you’ll also receive one year of Bonner Private Research monthly reports, along with access to a model portfolio.

What in the World is America’s Nightmare Winter?

To simplify it, mandating the end of fossil fuels and printing ‘paper’ money to pay for it is like lighting a stick of dynamite at both ends.

On one end, you cut off the supply of the most important components of modern economies in energy and raw materials. On the other, you greatly increase the supply of fiat currency, which throughout history has always inevitably lead to inflation, war, depression, military takeovers, and societal upheaval. These are the two runaway freight trains which are leading us directly into “America’s Nightmare Winter.”

Bill predicts that this will happen over the short-term, so think the next 6 months or less, with rolling electricity blackouts and shortages kicking “the nightmare” off. The last time we faced anything similar to this, the crisis lasted about 14 years.

Not many readers today may remember this, but all the way back in 1965, President Lyndon Johnson began a massive spending spree and took on huge budget deficits for the Vietnam war and his “Great Society” benefits, namely Medicare, Medicaid, Head Start, urban renewal, environmental issues, new immigration policies, and more. Sounds a lot like the new programs that are being rolled out today, doesn’t it?

Back then, like today, inflation was gradual at first, but then the country got exactly what it is getting right now: Big increases in both inflation and interest rates, combined with an energy crisis. How bad did things end up getting?

Gas prices shot up 37%, with gas being rationed altogether, and in the five-year stretch from 1977 to 1981, cumulative inflation was over 50%. In other words the value of your savings was essentially cut by one-third. Even the “best” and supposedly “safest” stocks in America collapsed, with the hottest tech company in the world at the time, IBM, falling 57%. A peak it did not get back to for nine years.

This is where we’re headed today, if we’re lucky. We presently have so much debt we can’t raise rates much, as it will bankrupt us and Americans appear to be completely unwilling to go for any policies that bring any type of financial pain or hardship.

But there are some things we can start doing immediately…

Bill says the first step is to Buy the Best Assets Now Soaring in Value.

He doesn’t reveal what these are, but says that one guy – Dr. Steve Sjuggerud will. Bill boasts that what Steve has proven to be incredibly good at over so many years is finding assets he describes as: “Cheap, hated, and in an uptrend.”

In Steve’s latest Special Report, called: Buy The Best Assets Now Soaring in Value, which is included in the aforementioned True Wealth research subscription, we’ll get all the details on these assets and what sector they’re in.

Step No. 2 is a little unusual. It has nothing to do with stocks, bonds, or anything Wall Street folks typically recommend. It’s essentially the best way to get serious money outside of the U.S. dollar, which you don’t even have to report to the government. Why should you do this?

Well, in any crisis, desperate governments will do desperate things. So, Bill thinks it’s prudent to (legally) get some money beyond the U.S. government’s reach. This has nothing to do with opening a foreign bank account or anything like that, but again no additional details are revealed.

The next move Bill suggests we make is to buy something as good gold and silver that has nothing to do with gold or silver bullion and nothing to do with the stock market either. It’s like a “secret currency” that appreciated 1,195% from 1976 to 1980, while the S&P 500 index plummeted 35%. Based solely on past Stansberry Research recommendations in the same vein, this could be recommending rare gold coins.

The fourth step is something called “The Art of Speculation.” In times of market chaos and massive inflation such as this, you often have the chance to make enormous gains with prudent speculations. With this fourth step Bill recommends making a series of such calculated speculations, but admits that they are not for everyone.

Legit Way to Protect Yourself Against Inflation & An Energy Crisis?

If we’re strictly talking defensive investments, then cash (to pay at least 6 months of living expenses), a basket of stocks selling below their approximate net asset value (NAV), and physical assets, such as real estate, gold, and silver coins will weather most economic storms.

Diversifying your cash into multiple currencies doesn’t sound like a bad idea and the same can be said about taking a chance on a few potential multi-bagger investments, if you are already set in terms of everything else just mentioned and you have some additional cash just laying around.

Would you consider yourself ready for an economic downturn like the one described here? Let us know in the comment section.