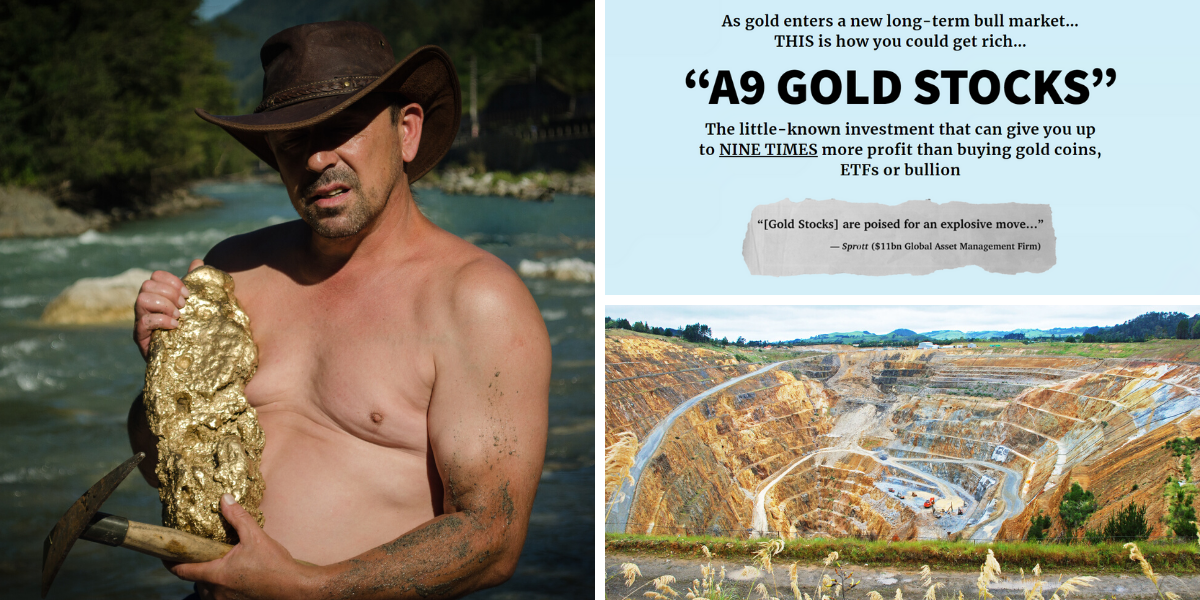 Adam O'Dell claims that you could make 9x more money by investing in "A9 Gold Stocks" rather than purchasing bullion or coins. But what the heck are "A9 Gold Stocks" and what companies is he teasing?

If you're looking for more information on this opportunity then you're in the right place. In this short review I'll be going over what "A9 Gold Stocks" really are and exposing some of the companies he's talking about.

Let's start off by going over the teaser...

There might be multiple variations of this teaser, as there normally are, but here is what I came across...

Adam O'Dell is the guy behind it all. He's an investment strategist for Money & Markets and provides different investment advisory services through the company, which is what this teaser is luring people into. Besides this, he is a Chartered Market Technician and is a big fan of using systemic rules and algorithms for identifying lucrative opportunities. He knows his stuff, but you can't fall for the hype of these types of teasers. After all, he's the same guy that was behind the 10X Switch and The Green Zone.

These "A9 Gold Stocks" are supposedly some "little-known" opportunity, but really there is nothing little-known about them. He claims they aren't your typical stocks, but this statement is a bit misleading.

What he says is that a "A9 Gold Stock" is a "very specific type of gold mining company that can HUGELY outperform the gold price".

O'Dell believes "the gold price could easily hit $10,000 an ounce", and goes on to show a bunch of Dow-to-Gold ratio charts to help back this prediction.

His argument wasn't all that convincing, but there are many believers that gold will rise to this amount for various reasons, with the pandemic acting as a catalyst.

How do you get in on this opportunity?

Well, he teases three "A9 Gold Stocks" in particular that he thinks could provide 9x more money than investing in regular old gold, and I'm guessing the chart he showed here is supposed to be the profit potential of these... 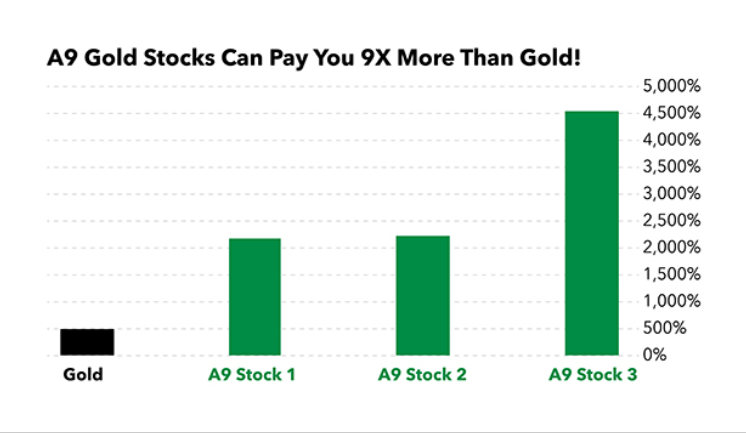 According to O'Dell, "A9 Gold Stocks could hand you bigger profits than any trade I’ve ever recommended in my entire career". But then again, it seems like he always says something along these lines. Every new investment opportunity is always the biggest and the best.

If you were able to make it through the presentation... first off you deserve a pat on the back... and second, you know it all ended in a sales pitch.

You see, Adam O'Dell is giving out a "free" report that goes over all the details on the stocks he's teasing. It's titled A9 Gold Stocks: Boost Your Gains by NINE TIMES During the Greatest Gold Rally in History... 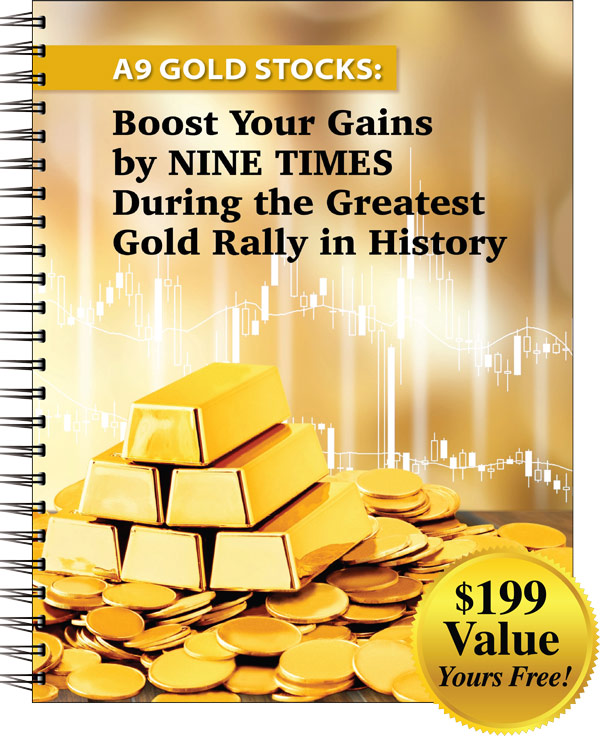 But guess what... you first have to take out your wallet and pay for a subscription to his Green Zone Fortunes investment advisory service before you can get access to this "free" report.

Green Zone Fortunes costs $47 for the year, which isn't bad at all, but still... it costs money. It's basically another follow-along advisory service where he tells subscribers what to invest in and when.

What Are "A9 Gold Stocks" Really?

As O'Dell explained, these stocks must meet the following to be considered A9 Gold Stocks...

The difference between an "A9 Gold Stock" and a regular gold mining stock is their relationship to gold price. A9 Gold Stocks must meet the 4x rule. They must outperform the gold price by 4x.

These are found by what he calls the "Gold Alpha Ratio", which is the rise in the price of a gold-mining stock versus the rise in gold.

"A9 Gold Stocks" have a GAR of at least 4 and going all the way up to 9. And this is why he says that they will make you 9x the amount you'll make just investing in coins or bullion.

So are they a "little-known" opportunity? Nope... just good gold mining stocks, that's all.

Exposing The A9 Gold Stocks

As we know, there are 3 particular stocks he recommends getting into...

There aren't too many clues given here unfortunately.

Newmont Goldcorp (NEM) is one possible contender. They are a top 5 gold mining company and have mines in North and South America, as well as Asia, Australia and Africa (5 continents). However, they began trading in 1980 on the NYSE... so this doesn't match up.

Barrick Gold (GOLD) is another possibility with mines on 5 continents, but began on the Toronto Stock Exchange in 1983 and made it to the NYSE in 1985. So not exactly a match either.

There aren't all that many options for companies with mines on 5 continents, but Royal Gold is another that could potentially be the company being teased, although I'd think it's less likely. And again, the "began trading back in 1987" statement doesn't match up here either.

What we know about company #2 is that they:

Well, after a headache and a lot of research I've come up short on a match for this one... some close matches but none all that close.

Here's a list of gold mining companies operating in Argentina, along with those that are Canadian companies, if you want to give a crack at it. Be sure to let us know in the comment section if you figure it out!

What we are told about the last company is that they:

Luckily this was was an easy find, because I was starting to get frustrated here.

Malartic mine is the largest gold mine in Canada, and this is owned by Agnico Eagle Mines Limited and Yamana Gold

Agnico Eagle Mines Limited (AEM) is the match here. The company was formed in 1957 after 5 struggling mining companies joined forces. They've been paying out dividends since 1983, as stated.

From the companies that are likely the picks O'Dell is teasing here, all seem to be solid plays. That said, the whole pitch hinges on gold rising dramatically in price.

Will gold really go to $10k an ounce? Well, there are some good arguments as to why it will and the coronavirus pandemic seems to be helping with this, plus we have seen large investors getting into gold more as of recent, but only time will tell the truth. O'Dell acts as if this gold bull run is inevitable, but most of his argument is based on some simple charts that show the Dow vs gold prices.

I hope this short review has helped you out some and provided value.

Be sure to let us know what you think of the picks in the comment section below... and give us your thoughts as to what the ones might be that I didn't find a match for!