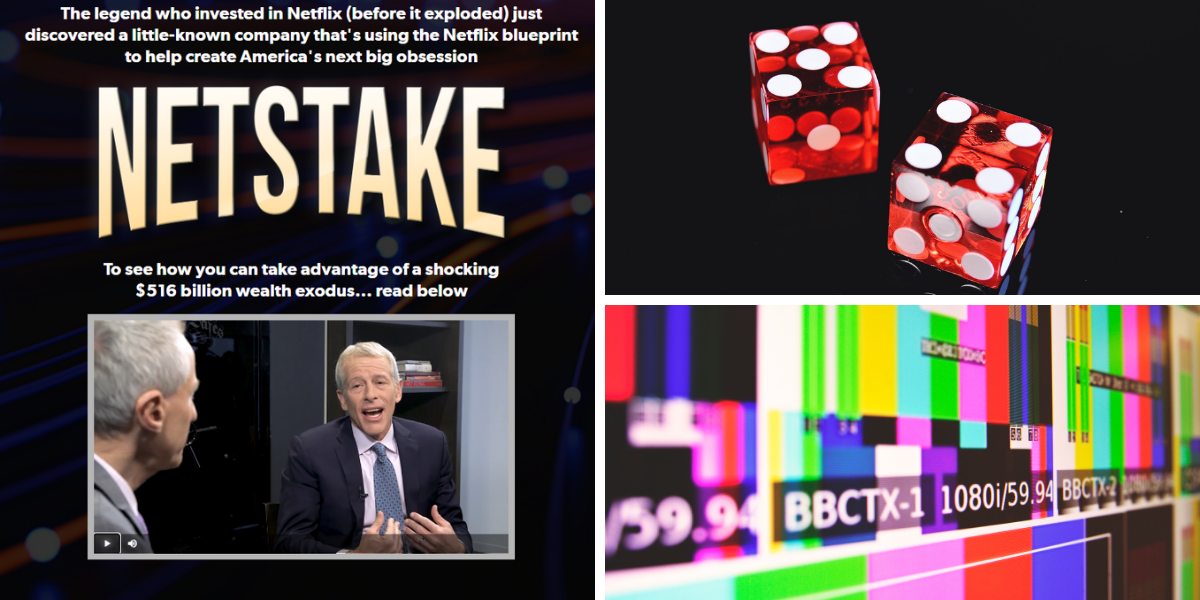 Well known investor Whitney Tilson namedrops Donald Trump and Supreme Court decision No. 16-476, which cleared the way for legalizing sports gambling in the US.

To this extent, Whitney has discovered a little-known company that he calls the “Netflix of Sports Betting”, which he thinks is going to be America’s next big obsession. Let’s see if he’s right.

For the past three and a half odd years, sports gambling has been effectively legal thanks to the Supreme Court, which is causing a massive $516 billion shift that will make some investors wealthy. 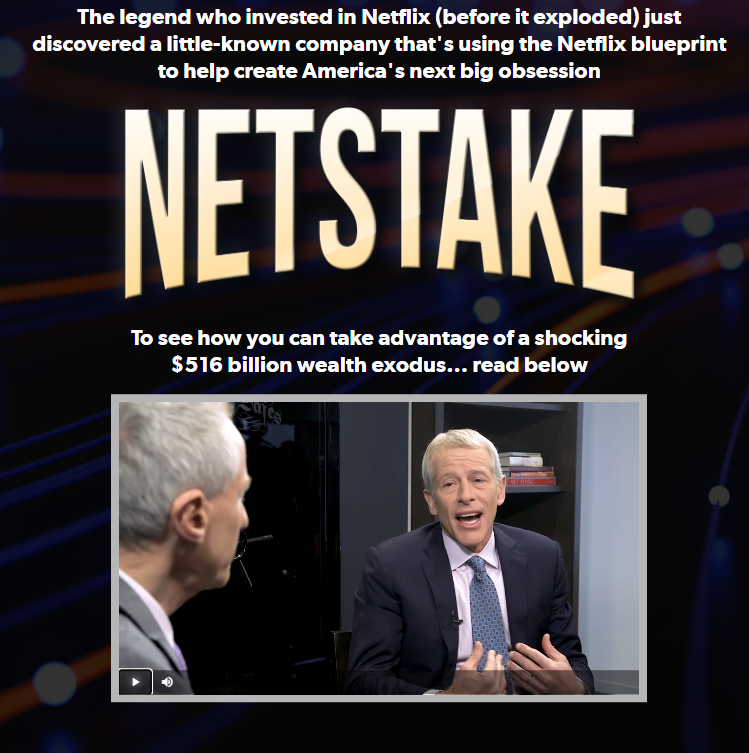 Whitney Tilson is an investor, former hedge fund manager, newsletter publisher, author, and philanthropist. He founded Empire Financial Research in 2019 and has frequently appeared in the media, making appearances on Bloomberg TV, Kiplinger’s, and the Wall Street Journal among others. We have covered Whitney Tilson here in the past, including our in-depth look at the man himself – Is Whitney Tilson Legit? And his TaaS Stock Recommendations.

I’m familiar with Whitney’s work going back to the Value Investing Congress and Value Investor Insight newsletter days. He’s been spot on a couple of times over the years, most famously getting into Netflix when it was still trading for under $8 per share. However, the stock pick behind this presentation was apparently uncovered by Empire Financial Research’s Enrique Abeyta, with Whitney simply presenting his findings.

With that being said, this little-known company is modeling its business model after Netflix, which Whitney is intimately familiar with and after personally taking a closer look at this business, he sees “history repeating itself” here. One of the primary reasons for this is the fact that, just as streaming took off to popularize Netflix after 2012, another kind of streaming is now beginning to explode, creating a “once in a lifetime opportunity” in the process. Whitney even goes so far as to call it “one of the biggest opportunities he has come across in his career”.

While Netflix streams movies, “this company will bring the excitement of sports plus the adrenaline rush of gambling in casinos, into people’s homes”. This is why he’s dubbed the company “NETSTAKE”.

Before we get any more details on “NETSTAKE”, we are directed to subscribe to the Empire Elite Growth stock advisory service, which is run by Enrique Abeyta. The cost is a hefty $2,000 for your first year – a savings of 60% off the regular $5,000 price tag. 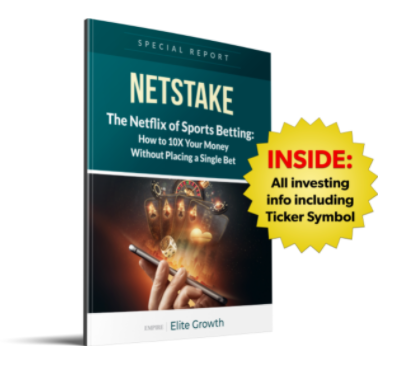 This price includes the NETSTAKE – The Netflix of Sports Betting: How to 10X Your Money Without Placing a Single Bet research report, revealing the name and ticker of the company, as well as 12 issues of Empire Elite Growth and three other separate research reports.

What in the World is “Netstake”?

Netstake is a reference to online sports betting, which Empire Financial’s Whitney Tilson and Enrique Abeyta believe will be one of the biggest investment opportunities of 2022.

Think about this – Americans spend about 40 hours per year on Amazon, 87 hours on Facebook, and over 500 hours a year using Apple products. This is a lot,  but it pales in comparison to the approximately 612 hours a year people spend on Netflix! The small-cap company Enrique is so excited about is planning to do just the same.

Whitney tells us that “it already has a huge head start”, as it already has access to 50 hours from every American, each year, which is more attention than Amazon gets. The $516 billion wealth shift mentioned earlier is going to come at the expense of traditional casinos, which have enjoyed a domestic monopoly on the billion dollar sports betting and wagering industry…until now that is.

The shift to online betting is akin to streaming movies and shows rather than having to go out to a vending machine or video store to rent a DVD, in that you will no longer need to walk into a physical casino or betting parlor to legally place a bet. If history is any indication, huge growth could follow as more than 150 million Americans watch sports on TV. Not only this, but we already know New York plans to go live with legalized sports betting early in the new year, making betting legal in over 30 states now, with more than 10 additional states making plans to legalize soon.

The company Tilson has his sights set on is already making inroads into these markets, with “9 of the 30 states having already signed on with the company thanks to its proprietary technology”. A technology that we are told has the capability of bringing this money-making opportunity straight into the homes of millions of Americans.

Let’s find out what “this company that will bring the excitement of sports plus the adrenaline rush of gambling in casinos, straight into people’s homes” is.

We have plenty of clues to work with, so lets get right to them.

Based on this info, “Netstake” seems to be GAN Limited (Nasdaq: GAN). Here is what gave it away:

The Technology Behind America’s Next Big Obsession?

The global sports betting market is expected to expand at a compound annual growth rate (CAGR) of 10% from 2021 to 2028. Much of this will no doubt be attributable to the digital component, which GAN’s technology platform is powering.

There is no doubt that the industry becoming more interactive and as a direct result more accessible will lead to more market potential being realized. Couple this with restrictions on indoor gatherings in many places across the country and the timing for legalization of online gambling could not have been better. In this regard, GAN reminds us just a little of Nvidia Corp. (Nasdaq: NVDA), which provides various solutions for gaming platforms. Prior to 2017, NVDA stock was largely flat for years before taking off on the back of the rise in popularity of eSports and professional gaming.

GAN could follow a similar trajectory, as its proprietary technology enables anyone with a smart phone and an internet connection to make sports wagers regardless of where they are. The internet gambling solution provider only went public last year, so it is still early days, but the potential is there and more states opting to legalize sports betting could be the catalyst to help realize some of this potential.

Do you see potential in the online sports betting space? Or are there other things that have caught your eye for 2022? Tell us in the comment section below.