What Is Jim Rickards’ “C-Day” Pitch About? 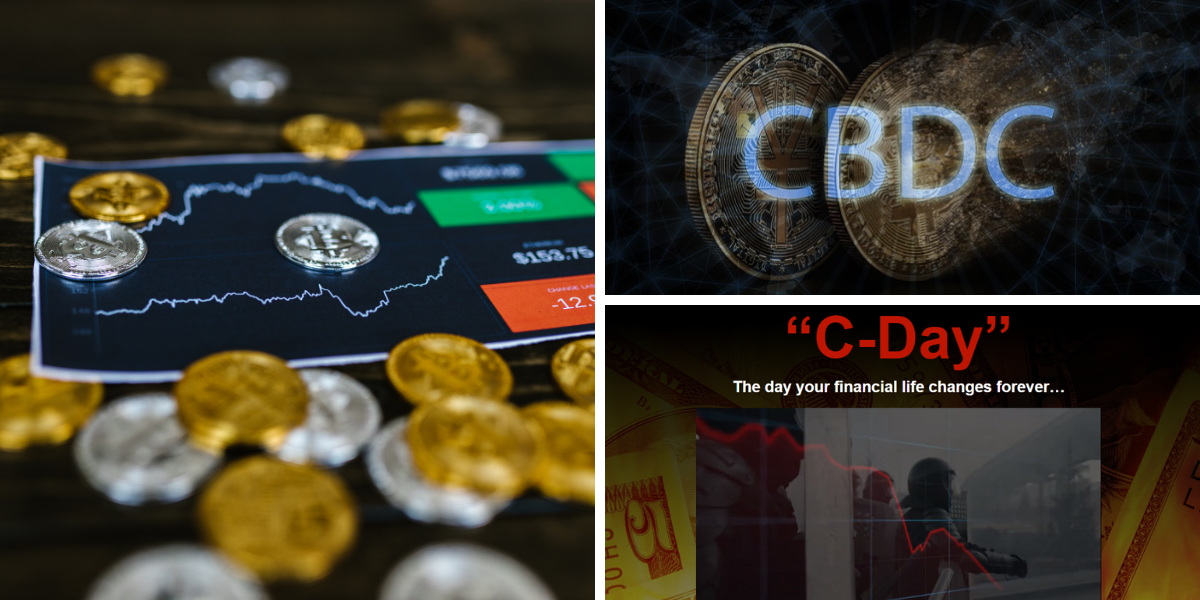 Financial forecaster Jim Rickards calls December 13, 2022 “C-Day” as its the day that America’s #1 safe asset could be facing destruction.

We’re talking about cash and when “C-Day” finally hits, we will witness the biggest disruption to our banking and financial system that we’ve ever seen in our lifetimes.

You may have seen signs like this one before:

And not given them much thought. Well, it turns out that this is the first step to something Jim calls “C-Day”, the biggest change to our money supply that we’ve ever seen.

Jim Rickards is certainly no stranger to controversy or bold predictions, as the author of Currency Wars: The Making of the Next Global Crisis and six other books. See our in-depth look at Jim here: Is Jim Rickards A Fraud? As well as our review of his Tactical Currency Profits presentation.

He’s been sounding the alarm on this issue for over 10 years now and despite these warnings, the danger of “C-Day” continues unabated.

That’s why Jim has created this special presentation, that he says he’s paying for out of his own pocket to outline the steps he’s personally taking to prepare for the upcoming “C-Day” event. Jim promises NOT to bore us with economic trivia or give us an academic lecture. Just walk us through his C-Day thesis in the simplest terms possible. This way, we can be ready.

Specifically, he’s talking about the death of the cash version of the U.S. dollar.

Needless to say, the elimination of physical cash will have profound consequences:

What are we to do in the face of all this? Jim says he’s discovered several simple steps we can take to protect our assets and way of life. Not only this, but he’s also found ways to potentially make a lot of money as C-Day unfolds.

To get FREE access to these ideas, all Jim asks is that we take a test drive of his flagship research service, Jim Rickards’ Strategic Intelligence.

This isn’t ‘free’ and actually costs $79. For this we will receive four special reports: The “Nevada Secret” To Buying Gold For 6 Times More Profits, How to Ride “The C-Day Switchover” For Big Profits, The “2x Currency Trade” Handbook, The Ultimate “Off The Grid” Currency. In addition to 12 months of the newsletter, access to a private model portfolio updated in real-time, free tickets to live events, and more.

What in the World is a CBDC?

Money as cash has existed for 4,000 years going back to ancient Babylon.

What’s the future of money look like after America goes cashless? In short, a brand new monetary system. One we’ve never seen before, in the history of civilization.

On the surface, a 100% digital currency, recorded on a ledger with encrypted transactions sounds a lot like a cryptocurrency. In reality, it’s more like Bitcoin’s evil twin.

For one, these are currencies issued by central banks, they are not created by individuals through crypto mining. They don’t use the blockchain, and they definitely do not embrace the decentralized issuance model hailed by the crypto crowd.

CBDCs are digitally mutated freaks of today’s central bank issued fiat currencies, with all of the worst qualities magnified.

Some watchers warn that this digital currency could turn into “programmable money.” Because with it, the government would be able to program what you can spend your money on, how much of it you can spend, and most importantly, what you can’t buy with your own, hard-earned money.

Even more concerning is the fact that at this very moment, CBDCs are being introduced by almost all the major central banks around the world. In the face of a global assault on freedom, what can we do to both protect and position ourselves to profit?

The pieces are now almost all in place to turn the U.S. dollar into a CBDC. This much is clear.

Knowing this, our first priority should be protecting your own physical safety and that of your family. This means stockpiling at least enough food and water to last at least 3-6 months. If you can afford more, consider making this investment in your physical well-being.

Beyond this, here are the specific steps Jim recommends we take today:

Step #1: Use the “Nevada Secret” To Buying Gold For 6 Times More Profits

Although Jim recommends investing in physical gold and silver. He says there is another method of investing in gold, which was invented in the state of Nevada.

Apparently, the “Nevada Gold Secret” did better than the overall stock market over the past six years. In fact, it gained 328% more than the Dow Jones Industrial Average. He could be talking about gold futures/options, gold jewelry or even a gold mining company here.

Step #2: Profit from the “C-Day Switchover”

As the central bankers turn “off” physical money flows around the world, someone will need to build the means to transfer and use the new digital currencies.

This switchover isn’t going to be cheap. The infrastructure isn’t all built yet. No further insight is given here, but could be talking about a specific blockchain or blockchain provider here.

Step #3: Use The “2x Currency Trade” To Profit From Currency Wars

We need to be ready and more importantly, we can be in a position to even profit from these new digital currency wars.

Jim says this is not traditional currency trading. We don’t need to use the foreign exchange (Forex) market. What he has is something new and better. He goes on say that it’s possible to make these trades in our normal brokerage accounts. These could be exchange traded funds (ETFs), exchange traded notes (ETNs) or certificates of deposit (CDs).

Step #4: Make Sure You Have This “Off The Grid” Alternative Currency to Protect Your Wealth

With the death of paper money, you are going to want to have liquid assets to store your wealth, and to transact business “off-the-grid.”

Jim tells that this asset is NOT a crypto-currency nor gold or silver coins. This “off-the-grid” asset is portable and it’s worth more per ounce than gold. This is having your own safe deposit box at home or secreting your valuables in a safe haven, as per Barton Biggs’ book Wealth, War & Wisdom.

Is a CBDC Coming to America?

Money in America has been replaced by force before, when gold was effectively turned into paper money in 1933.

So from this standpoint, it’s easy to see paper dollars being turned into central bank digital currencies. As for the December 13, 2022 timeline, we know there is a Federal Reserve meeting scheduled for Dec. 13th and 14th of this year, but it is expected to be a routine two day press conference and nothing more.

Irrespective of what happens or doesn’t happen on this day, I have a personal philosophy:

Hope for the best and do your best to make it happen, but prepare for the worst.

In this regard, Jim’s recommendations are simply common sense and measures everyone would do well to heed.

When do you think a CBDC will be implemented, December 13th? In a few years? Never? Let us know in the comments section.