What Are Shah Gilani’s “Pre-IPO Rights” All About? 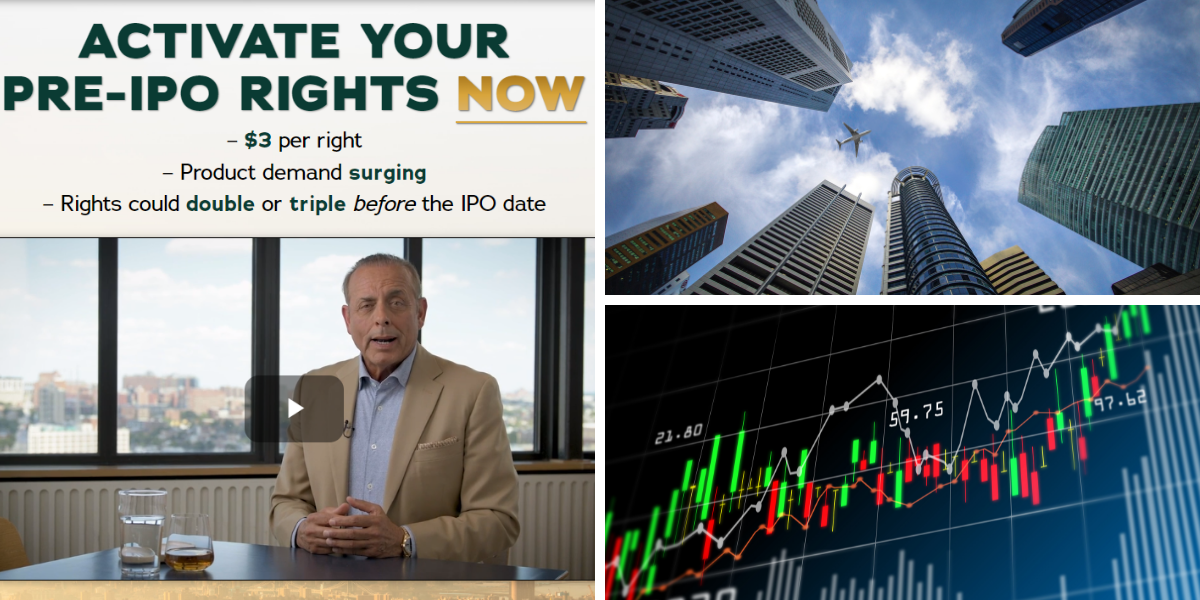 Shah Gilani tells us that bankers, lawyers, financiers, and hedge funds are all pouring $248 billion into America’s most innovative private businesses before they ever become publicly traded via something called “Pre-IPO Rights”.

This could be a greater wealth creation opportunity than stocks, cryptocurrency, options or anything else available to everyday investors.

We can now secure what Gilani likes to call “pre-IPO rights” on over 550 companies that are actively looking to go public right now for less than $1. Shah Gilani is the chief investment strategist at Money Morning. He is what you would call a “trader’s trader” having previously founded and operated two separate hedge funds, besides running the specialized trading desks of several Wall Street financial firms. Here is a deeper dive into Who Shah Gilani Is and a review of his Hyperdrive Stocks.

Prior to 2020 such a strategy would not have been practicable, as only a handful of these “rights” were available to purchase. However, they have proliferated and there are now hundreds of such instruments to invest in and their peak gains would make our heads spin. Sounds too good to be true?

According to Shah, this pre-IPO frenzy has already minted 10 new billionaires in America and an entire army of new millionaires. The best part is, anyone can buy, sell, and trade them and there are NO other conditions. You don’t have to be accredited to get in on these “pre-IPO rights”, nor do you have to be rich.

This market that is now worth $248 BILLION, with most of this money emerging in just the last 12 months. As a trader, this is where Gilani comes in, saying that there’s “a HUGE opportunity at hand to make money”. In this presentation he promises to show us who distributes them, why, and also how to play them for maximum profit.

See, unlike stocks, these “pre-IPO rights” are never advertised, never talked about on social media, and we won’t even find them on market data websites like Yahoo Finance, Bloomberg or anywhere else, because their ticker symbols can often only be identified by a unique character symbol.

In order to capitalize on the exciting new world of “pre-IPO rights” we’re going to need a subscription to Shah’s brand new research service dubbed the Gunslingers Trading Alliance. We got to admit, that’s a pretty cool name.

What’s not so cool, is that this is going to cost us a not-so insignificant $1,750 for not one, but two years of recommendations. In addition, we would also be getting: A Master Class on “pre-IPO rights”, a model portfolio containing multiple positions to get us started today, plus a guaranteed 104 recommendations in all.

What in the World Are “Pre-IPO Rights”?

These “pre-IPO rights” that Shah’s been telling us about, they exist because of SPACs…Special Purpose Acquisition Companies.  These are essentially blank check companies created for acquisitions…as the name implies and also for transitioning private companies into publicly traded ones.

As for the “pre-IPO rights” themselves, they are Warrants. These are nothing new, they trade on public exchanges, have their own unique ticker symbols, can be bought by anyone, and they trade freely, so your money is never locked up. The difference is, when you buy a warrant that’s connected to a SPAC, you’re also investing in whatever private company they hope to make public.

Shah says what makes these types of warrants so exciting, is that we can invest as little as $100 and potentially make 10, 20, or even 50 times our money in a matter of months if the SPAC takes off. On the other hand, if for whatever reason, the SPAC fails to find a private company to merge with in a timely manner and the warrant plummets in price as a result. We only lose $100 or whatever small amount of money we opted to invest in the first place.

As an example, Juniper Industrial Holdings was a SPAC. Last summer, Juniper partnered with a private company called Janus International and they merged into one company. Since the time of its public listing, the warrants that are attached to this SPAC have gone up by 625% Kensington Capital is another SPAC, who in September 2020 merged with the lithium battery manufacturer QuantumScape Corp. (NYSE: QS). They’re warrants have gone up as much as 6,150% Today, plenty of high-profile startup in America are talking about partnering with a SPAC to go public with no end in sight. Gilani solemnly believes they’re the ONLY investment vehicles in America that give us the chance to see life-changing gains on companies that are about to go public.

With the SPAC market still going strong and minting new millionaires, can it and more specifically the warrants of SPAC companies really give ordinary investors gains of 2,000%, 4,000%, 6,900% or even 27,000% in just a matter of months?

Despite some of the gains displayed above, warrants do carry risk. A lot of risk. Especially when attached to a volatile asset like an unproven, newly-listed public company.

Benjamin Graham, Warren Buffett’s mentor stated long ago “once more we assert that large issues of stock-option warrants serve no purpose, except to fabricate imaginary market values”. This being said, if you want to potentially make big money and fast, you have to assume a certain degree of risk. This is just the cold, hard reality in today’s market.

In this spirit, what’s important for us to understand right now is what type of warrants to buy into, given that even Shah himself admits that “most SPACs are absolute garbage”.

The good news is that most SPACs trade as units and in each unit, there’s usually one share attached and 0.25 to as much as a full warrant. So you get some form of a warrant regardless, hence why its helpful to know at least a little bit about something you are probably going to own either way.

Bottom line, the appeal of warrants is clear: They can be purchased for less than the common stock of a company and if that company’s stock rises by 10%, 20% or more, then the warrants will appreciate by an even larger figure, such as 50%, 100%, etc. But if the company and in turn the stock don’t perform well, then the warrants will be worthless. SPAC warrants can clearly be lucrative, but caution is warranted.

At the end of the day, it all comes back to fundamental investing – understanding what you’re buying and what its (approximately) worth.