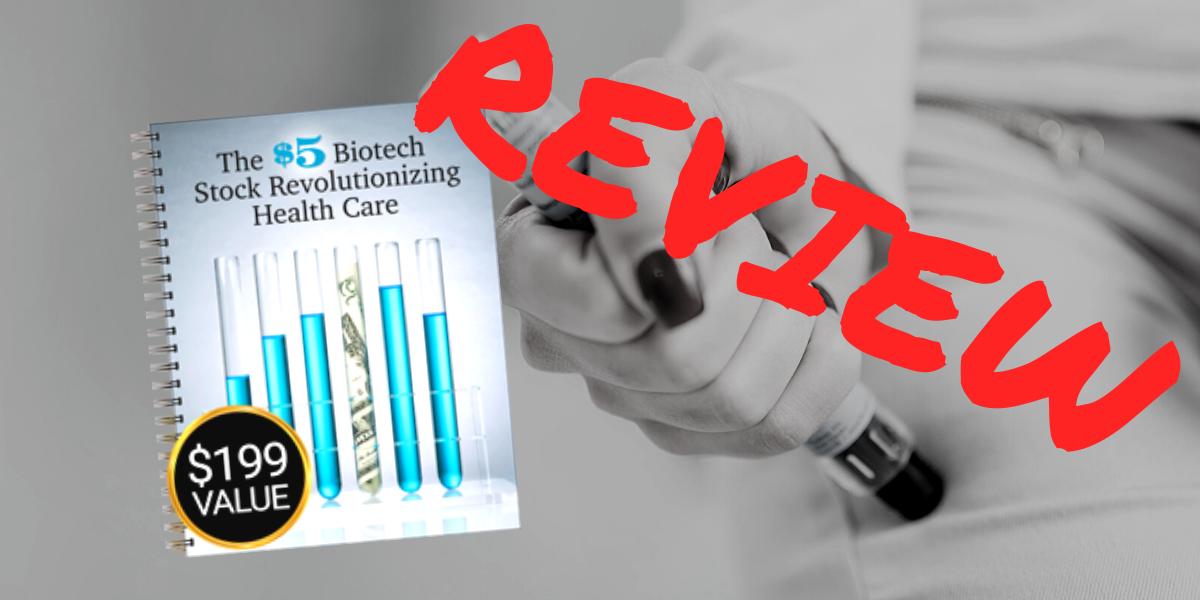 There have been a lot of promotions for Jeff Yastine's "The $5 Biotech Stock Revolutionizing Health Care". And I'm guessing you are probably wondering what this stock is?

Luckily for you I'll be going over it in this review, including the company name and ticker symbol.

There might be more than one promotion floating around the internet for this opportunity, but what I came across was titled "This $5 Biotech Stock Is a Prime Takeover Target"...

As always, the presentation takes a long-winded approach to it all and requires a lot of reading.

We are told that the devices this one biotech company makes can double the lives of the people carrying them, and Yastine even claims he has "never seen so much excitement from the medical community over a single innovation as I have this one".

What is the innovation? If you were able to make it far enough in the presentation then you know that he's talking about pre-filled auto-injector devices, which are what EpiPens are... 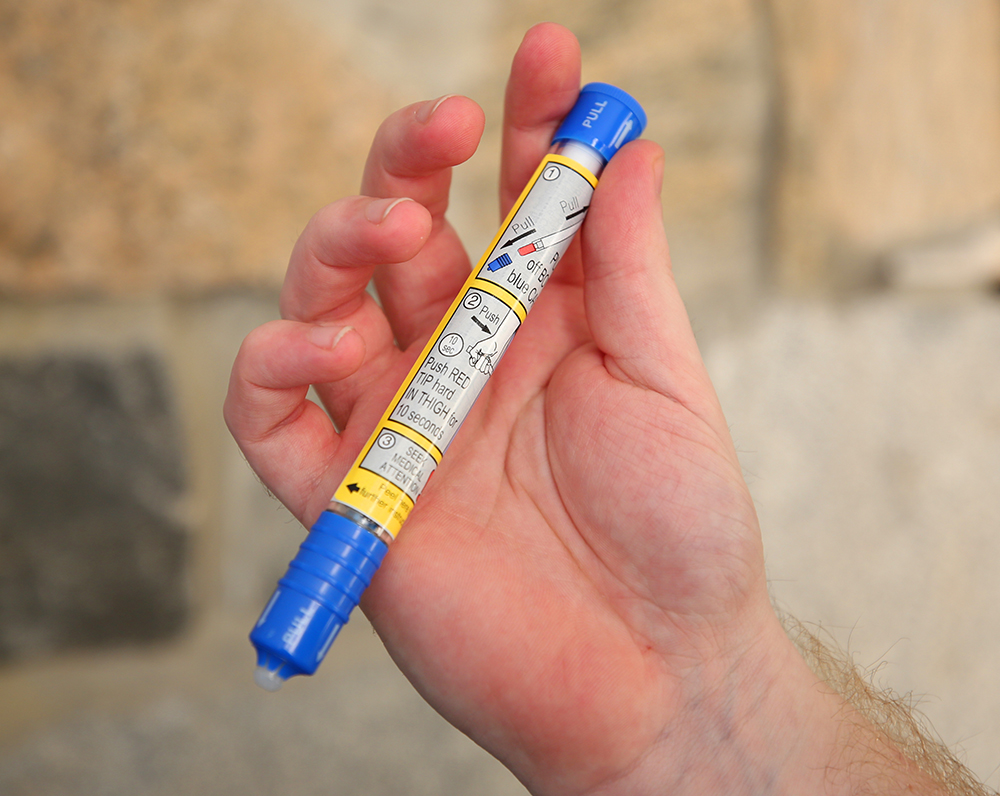 The particular company that manufactures these devices he believes is set up to surge in price in the coming future, and goes on to say that "every investor should own this $5 stock".

Yastine goes on to show charts of past biotech companies that have increased in price astronomically from their innovations, such as Intuitive Surgical Inc, and hints at this company possibly doing the same... 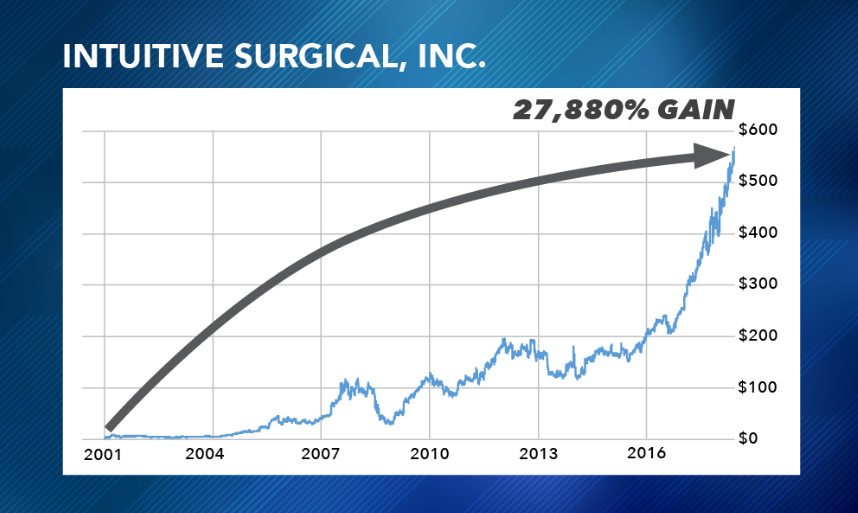 Not only does Yastine believe this company's innovations and positioning will cause their business to skyrocket, but he also believes that big pharma will swoop in and buyout the company, further sending up the stock price.

Can You Really Trust All of This?

Don't get too excited. This is all a sales pitch, and when you hear things like "It could be the key to your dream retirement"... you should be a bit skeptical of some of the hyped-up claims (yes, he does actually say this).

Furthermore, it isn't exactly assuring when you find out that some of the testimonials in the presentation were fake. 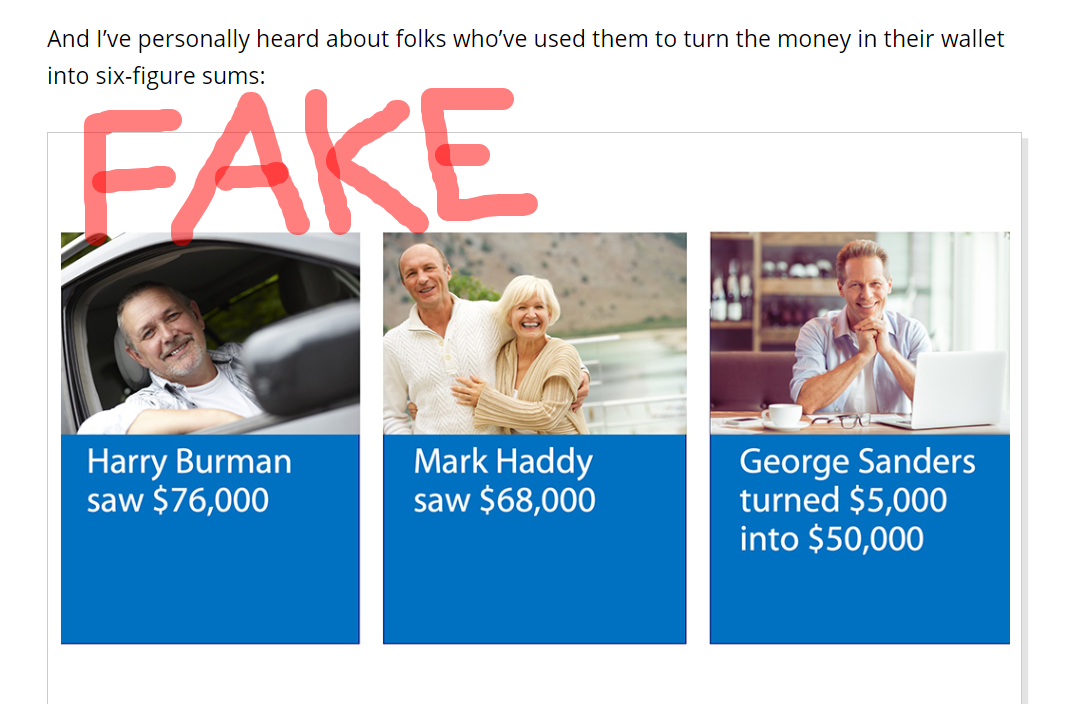 The image shown above shows people who have supposedly been profiting from another opportunity that Yastine teases in the presentation and in which he is giving away a "free" report on - called Kennedy Accounts - and after doing a quick image search online I was able to find that these images are actually stock photos, meaning that anyone can purchase them and use them as they wish. 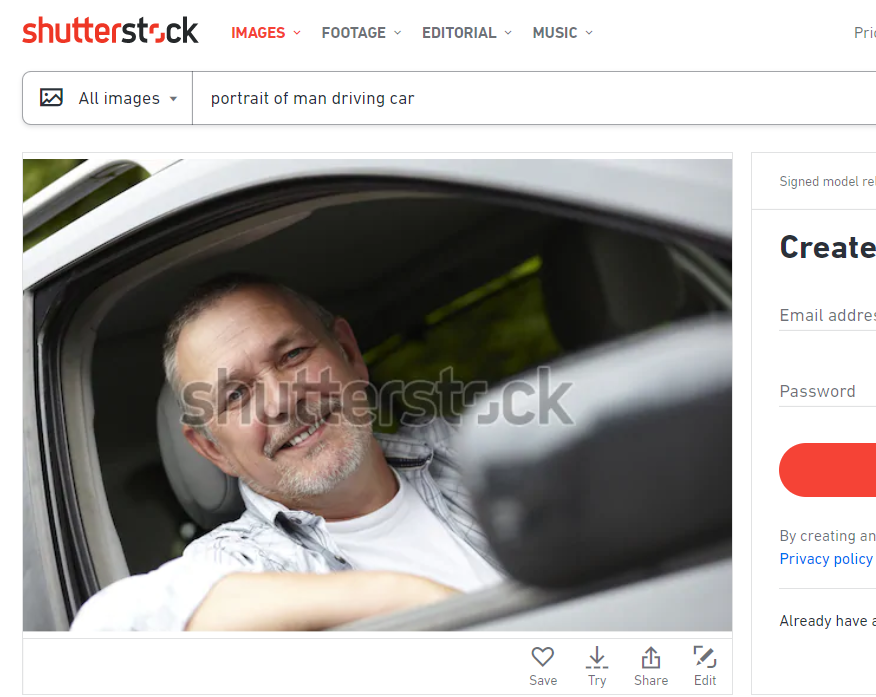 The idea is that you can find out exactly what this company is that Yastine is teasing in his "free" report, titled: "The $5 Biotech Stock Revolutionizing Health Care"... 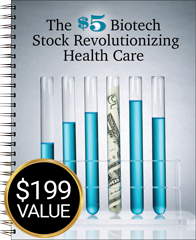 BUT... you can only get this "free" report if you subscribe to his Total Wealth Insider newsletter service, which does cost money. This is the same marketing blueprint used with his "Q Shares" teaser that I recently reviewed.

*I'll be going over what it is so that you don't have to.

So is this "free" report really free? You can be the judge of this. 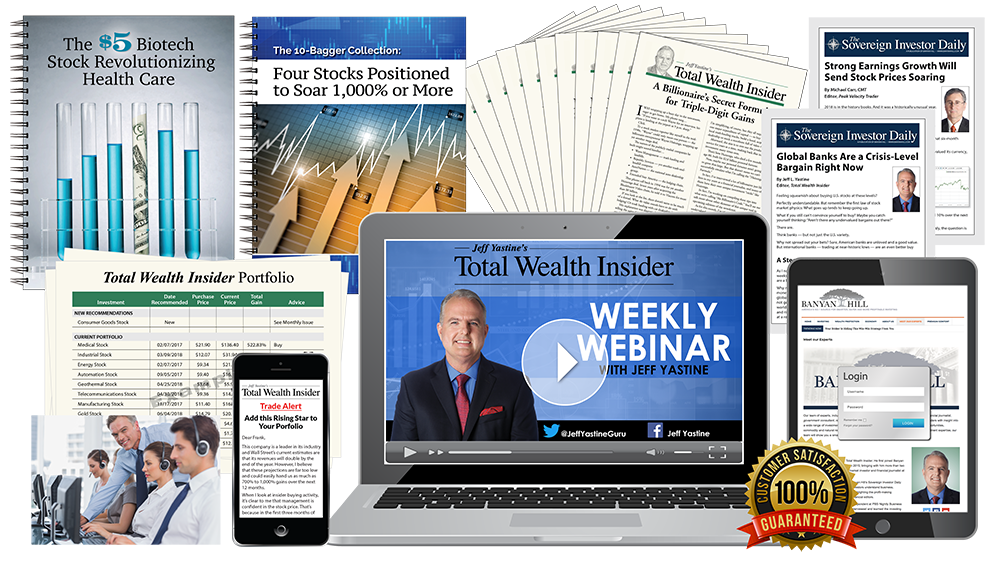 The cost is supposedly normally priced at $199/yr but is now discounted to just $47 for the most basic subscription, but this might just be a slick marketing tactic because it seems that it's never actually sold for the "full" price.

*Important Note: When you join Total Wealth Insider through this sales funnel you also automatically get a 3-month trial of Ian King's Automatic Fortunes newsletter service. You will be charged $97/yr after that if you don't cancel.

Jeff Yastine is an editor at Banyan Hill research and has over two decades of experience in investing and financial journalism.

He appeared on PBS' Nightly Business Report from 1994 - 2010 and was even nominated for an Emmy award as an anchor - and also has appeared on other media outlets for his expertise on the markets, such as Fox Business News.

When it comes to investing, some of his most notable achievements include predicting the real-estate crisis of the mid 2000's as well as the dot-com bubble, both of which he warned investors about.

In short, Yastine knows what he's talking about much of the time (although his sales pitches can get a little carried away).

What Is This Biotech Stock?

In the presentation there were a handful of hints as to what "The $5 Biotech Stock Revolutionizing Health Care" actually is. Some of these include:

And this is all the information we need to figure it out.

All things point to the company being teased here being Antares Pharma (ATRS).

Antares Pharma (ATRS) it is.

Never fall for the hype of investment teasers.

Will this company really bring you returns of up to 27,880%? Well, this is one heck of a reach, although not completely impossible.

The 12-month price predictions from analysts at CNN Business have much more modest projections, although still unanimous on it being a decent investment.

That said, some people are skeptical this company will every rise to its potential. It's been a company in development stages for over two decades and keeps falling short of being profitable. Many of its past ventures have led to disappointment, such as their testosterone injector products.

And now you don't have to buy into his subscription service just to find out!

Hopefully this quick review has provided the information you were looking for.

Let me know in the comment section below what you're thoughts on this are.